Edmund Charles Tarbell (1862-1938) was one of those "Ten" group Boston area painters who did a lot of interesting work during the decades around the year 1900. As his Wikipedia entry notes, he might be classified as an American Impressionist -- interested in French Impressionist coloring while giving more respect than Monet or Pissarro, say, to accurate drawing.

One of his most intriguing paintings can be found in San Francisco's de Young museum. It's titled "The Blue Veil," painted in 1898.

I viewed it (again!) in December 2016 and took some close-up photos showing Tarbell's brushwork in the hope that you, too, might be interested. Click on the images below to enlarge. 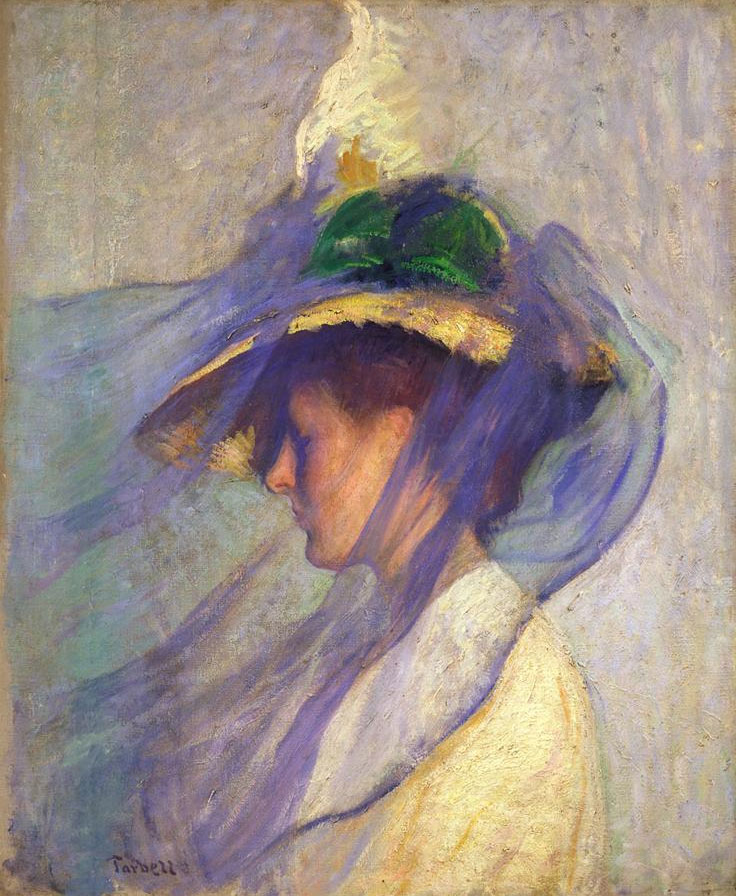 The painting as seen on the Internet -- perhaps from the museum's web site. 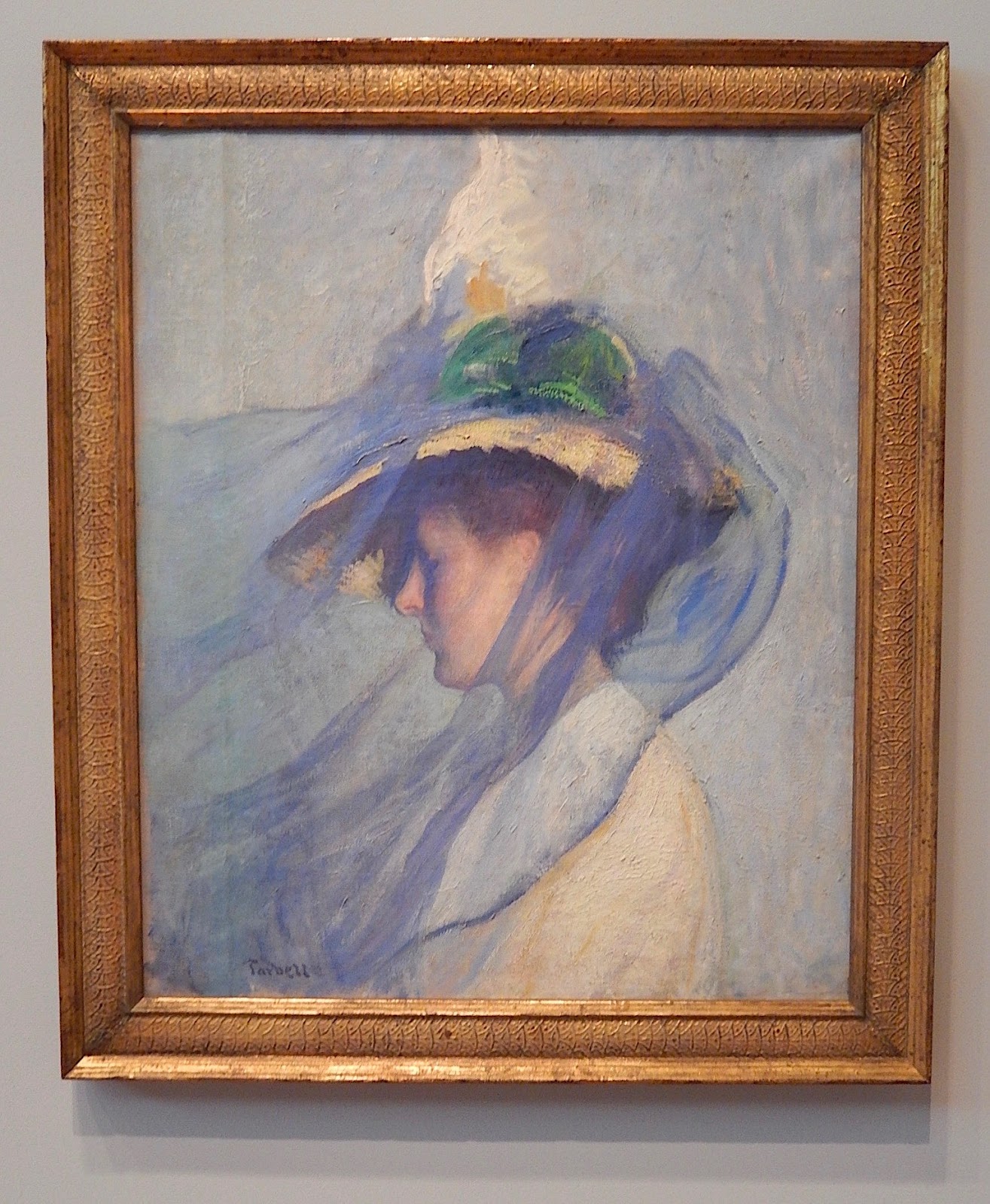 My establishment shot, showing how my camera captured the painting in the gallery lighting conditions. 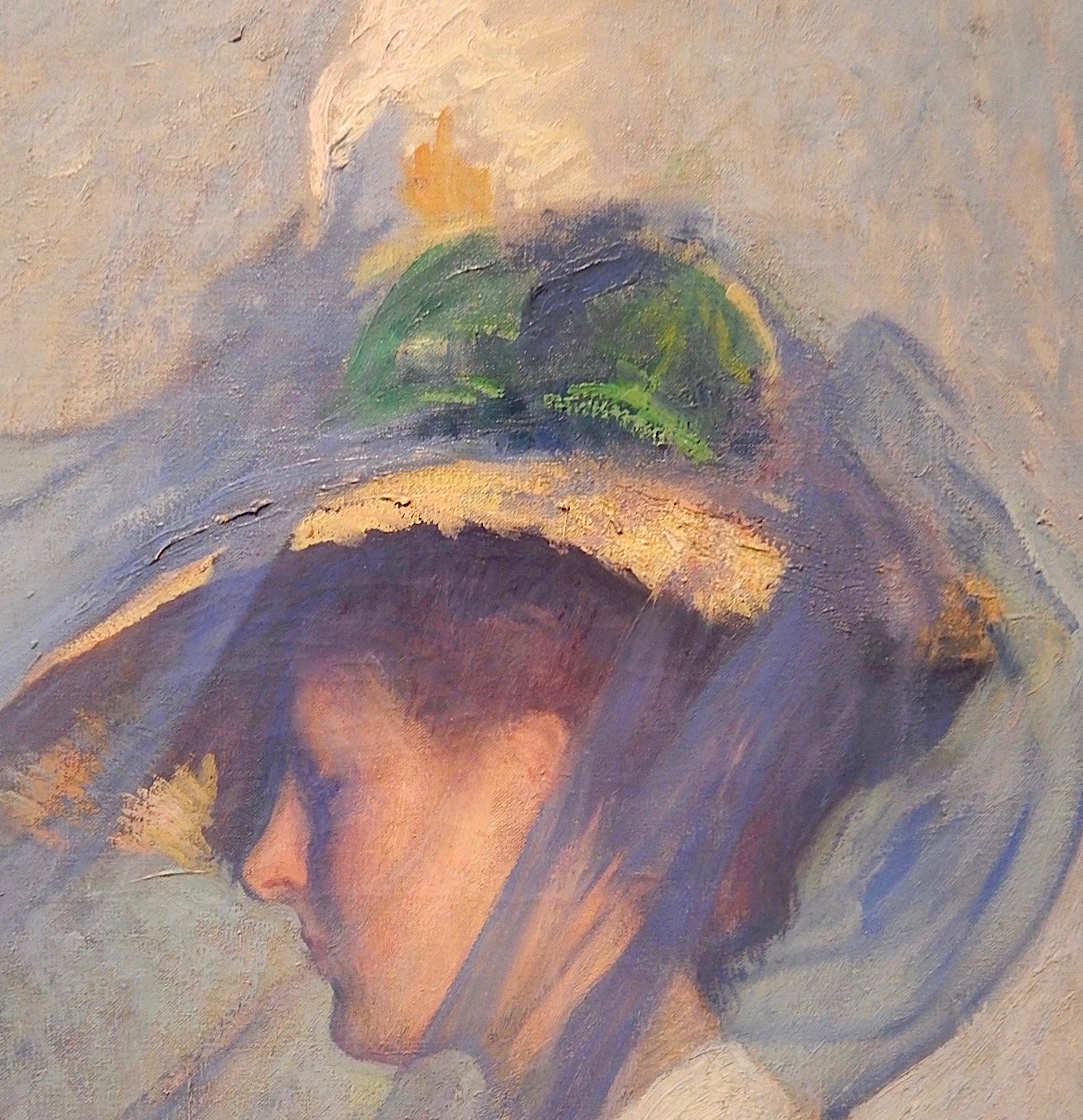 Note the contrast in brushwork. Thinner paint on the face and veil, impasto on the hat and some of the background. 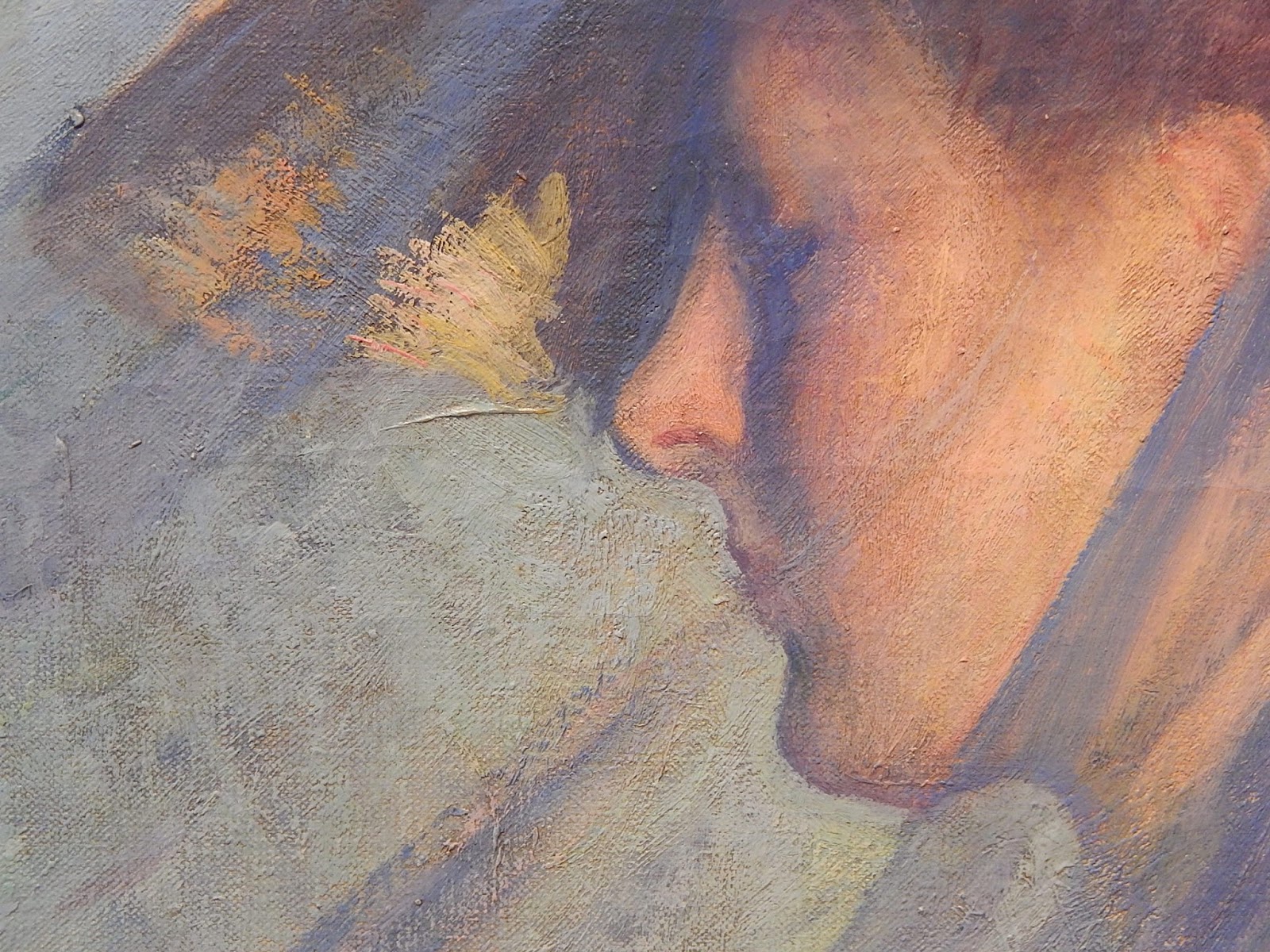 Close-up of the subject's face The violet of the veil is duplicated in the facial shadows and the face's outline.

I really like this painting but who ever framed it should be given 20 years without parole.