Unfinished paintings interest me because they reveal to some degree how an artist went about his business.

In December I encountered an interesting example at San Francisco's Legion of Honor museum in an exhibit of paintings by France's Le Nain brothers. The link (available as I write this) to the exhibit is here. The brothers' Wikipedia entry is here.

And here is what the National Gallery has to say about the painting in question, "Three Men and a Boy" from around 1647-48. It seems it was previously known as "A Trio of Geometers." But a cleaning revealed an unfinished image of three men (some think it's a portrait of the brothers themselves) with an image of a boy made using a different style and a different light source. I wonder what the geometers version looked like -- a quick Google search for it turned up empty -- and why it was so easily revealed by cleaning.

A further question is which brother was the painter; it seems that they all signed paintings using only "Le Nain." The National Gallery does not designate who did it. The Athenaeum web site has Louis as the artist. Curators of the exhibit believe the painter was Mathieu. 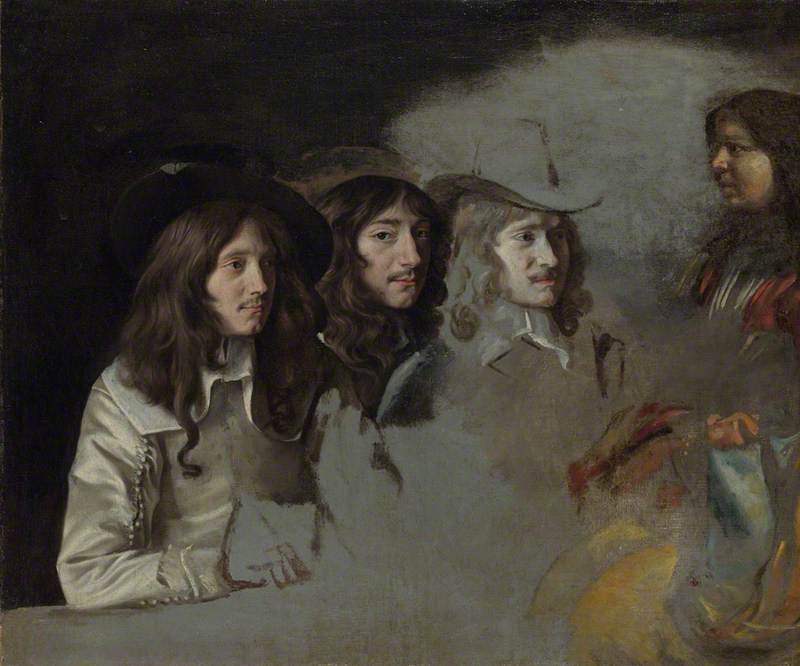 This image is from London's National Gallery, owner of the painting. 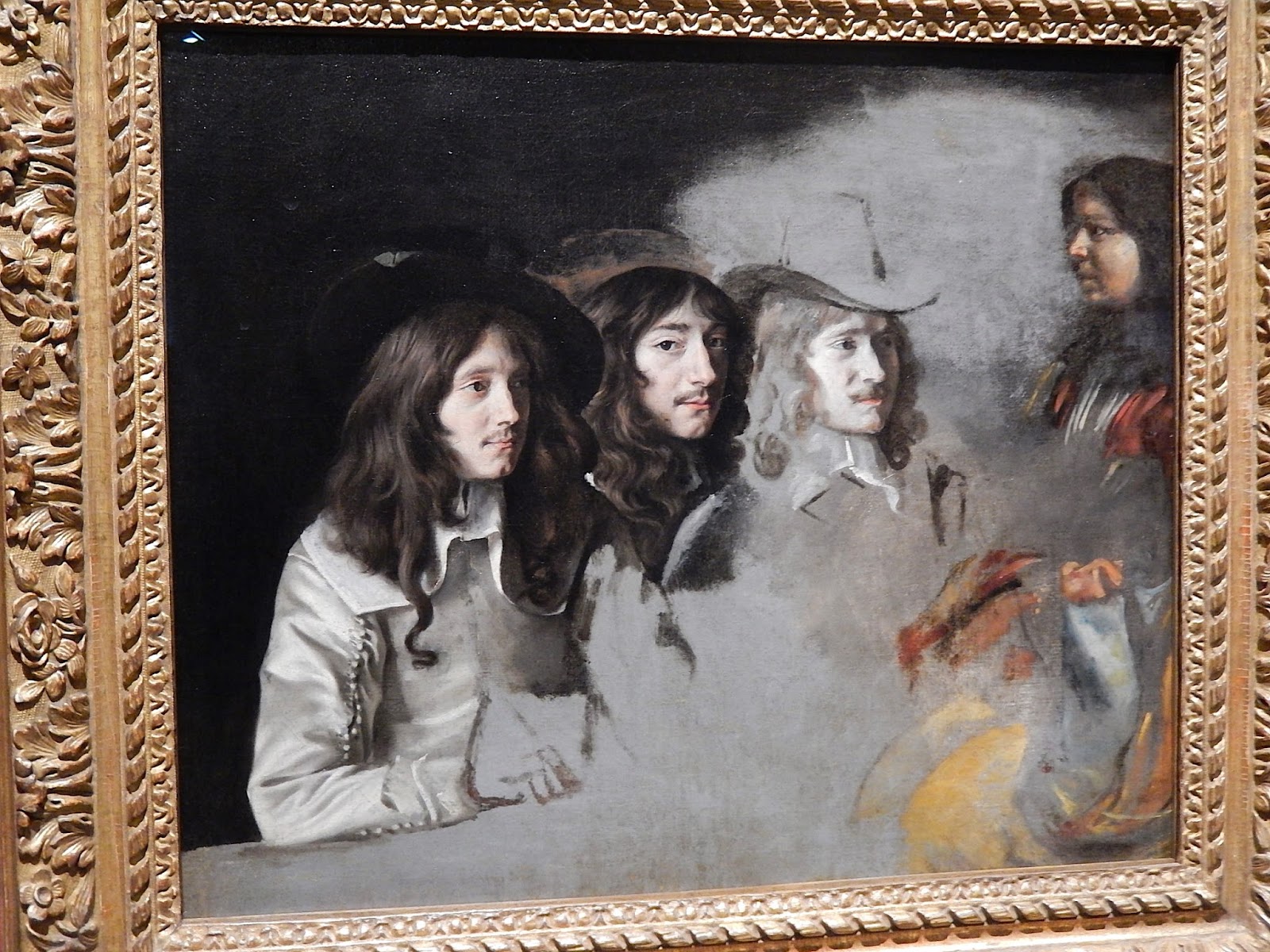 My establishment photo taken at the exhibit. 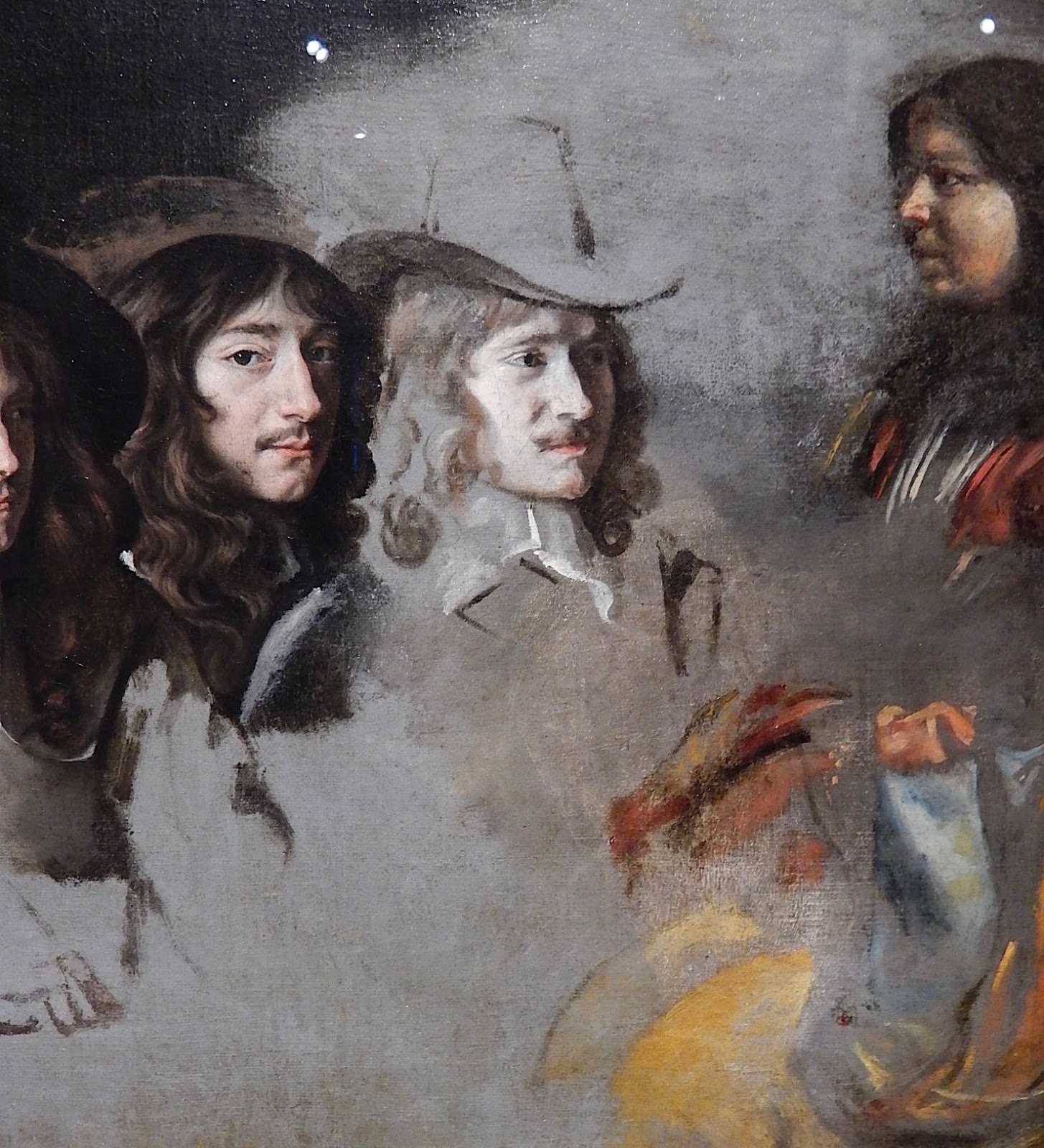 Closer photo of the main unfinished area. Click to enlarge for a better view of the brushwork.

The damage the National Gallery in London has done to it’s collection by cleaning and restoration is enormous.
Some picture painted in thickly applied colour have held firm but other which depended on glazes of fineness have all but disappeared, so many of their works of art have been mortally wounded as whole sections have disappeared in unrestrained expulsion of the refined finishes.