Towards the End: Jacques-Louis David

Jacques-Louis David (1748-1825) is one of the most famous French painters of Revolutionary and Napoleonic times. Many of his works were directly or indirectly political, and he was personally involved in political matters during the heyday of the Revolution. A fairly lengthy Wikipedia entry on David is here.

David's basic style was what has been derisively termed "Pompier" in reference to the Greek-style helmets worn by Parisian firefighters. This had to do with subject matter and the idealized depictions done in a highly "finished," hard-edge manner. More regarding his evolution can be found at the above link.

Given his political stances, David was reluctant to work in France following the Bourbon restoration. Having fled to what is now Belgium after Napoleon's fall, he remained in Brussels for the last years of his life.

Although David remained capable of making Pompier works during this time, some casual paintings of a greatly different character survive. I found two examples in December at San Francisco's Legion of Honor museum. 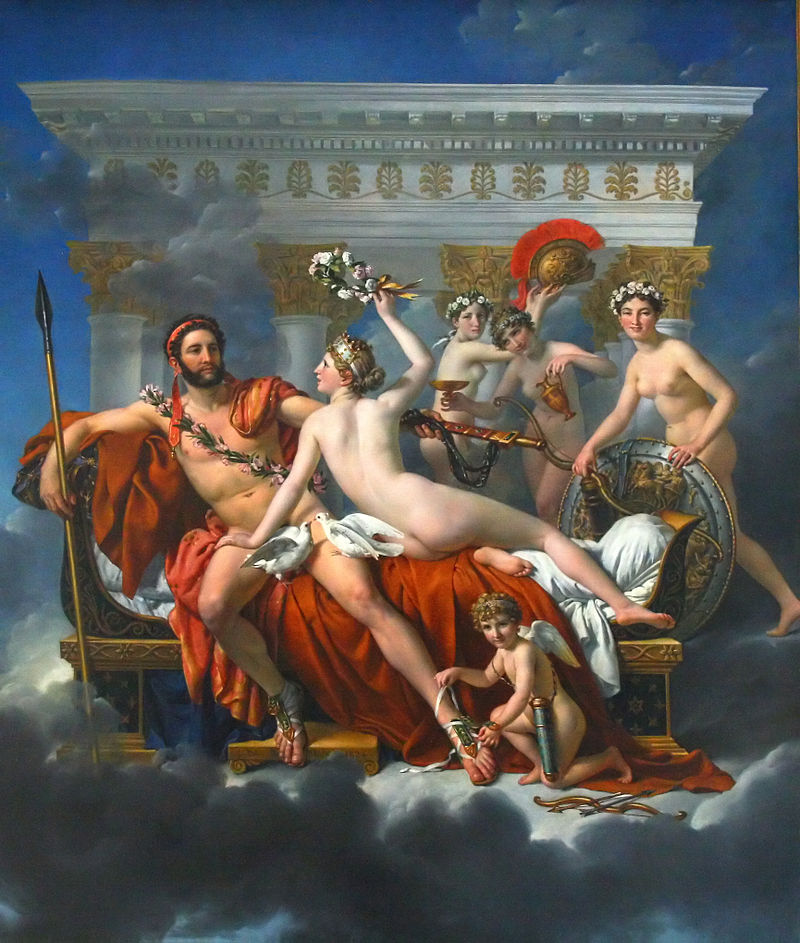 Mars desarme par Venus - 1824
According to Wikipedia, this is David's last Pompier painting. 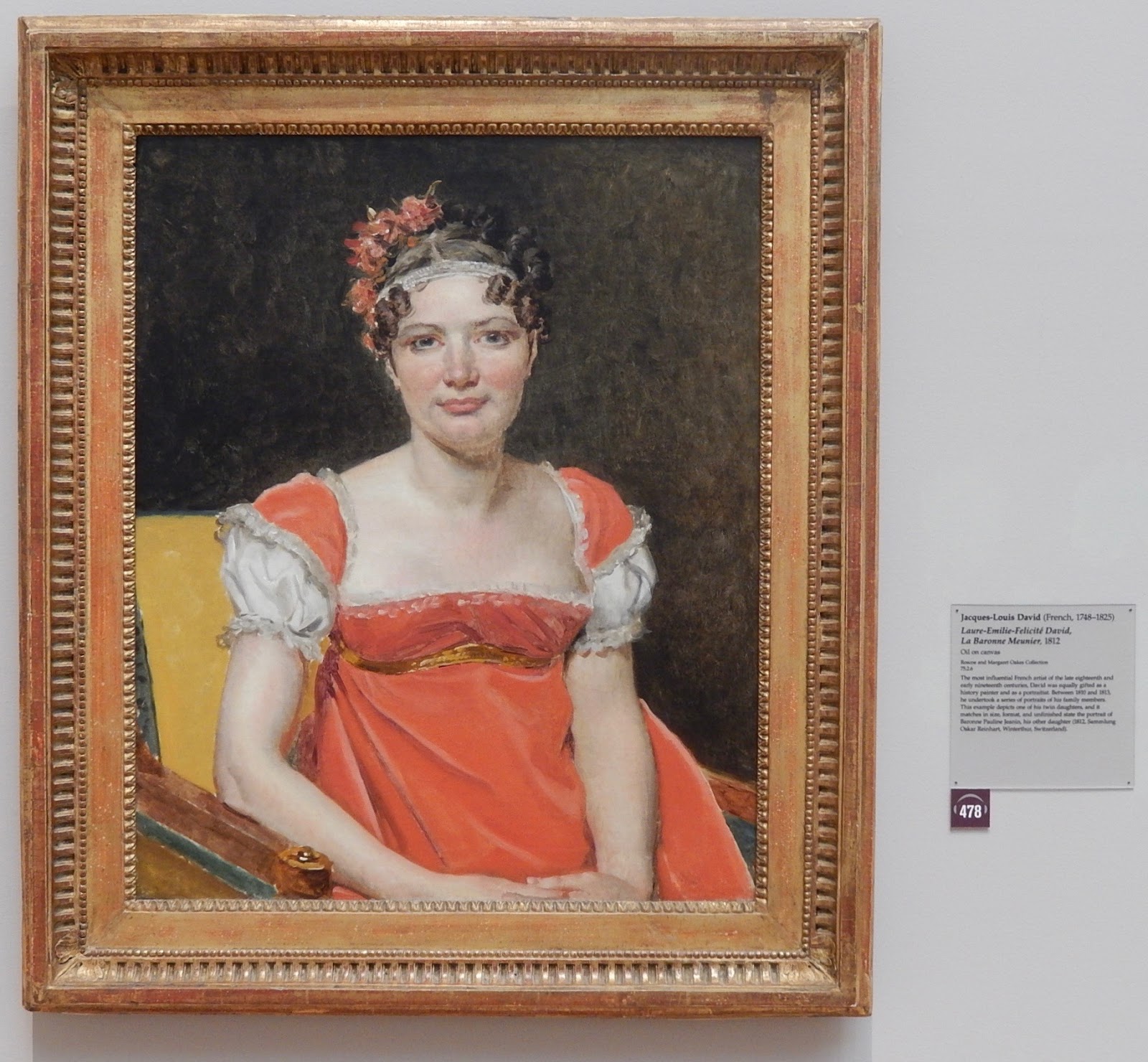 Laure-Emilie-Felicité David, La Baronne Meunier - 1812
A portrait of one of his twin daughters. Napoleon was still in power and David was still in Paris. But at age 64 this can be considered a late work. 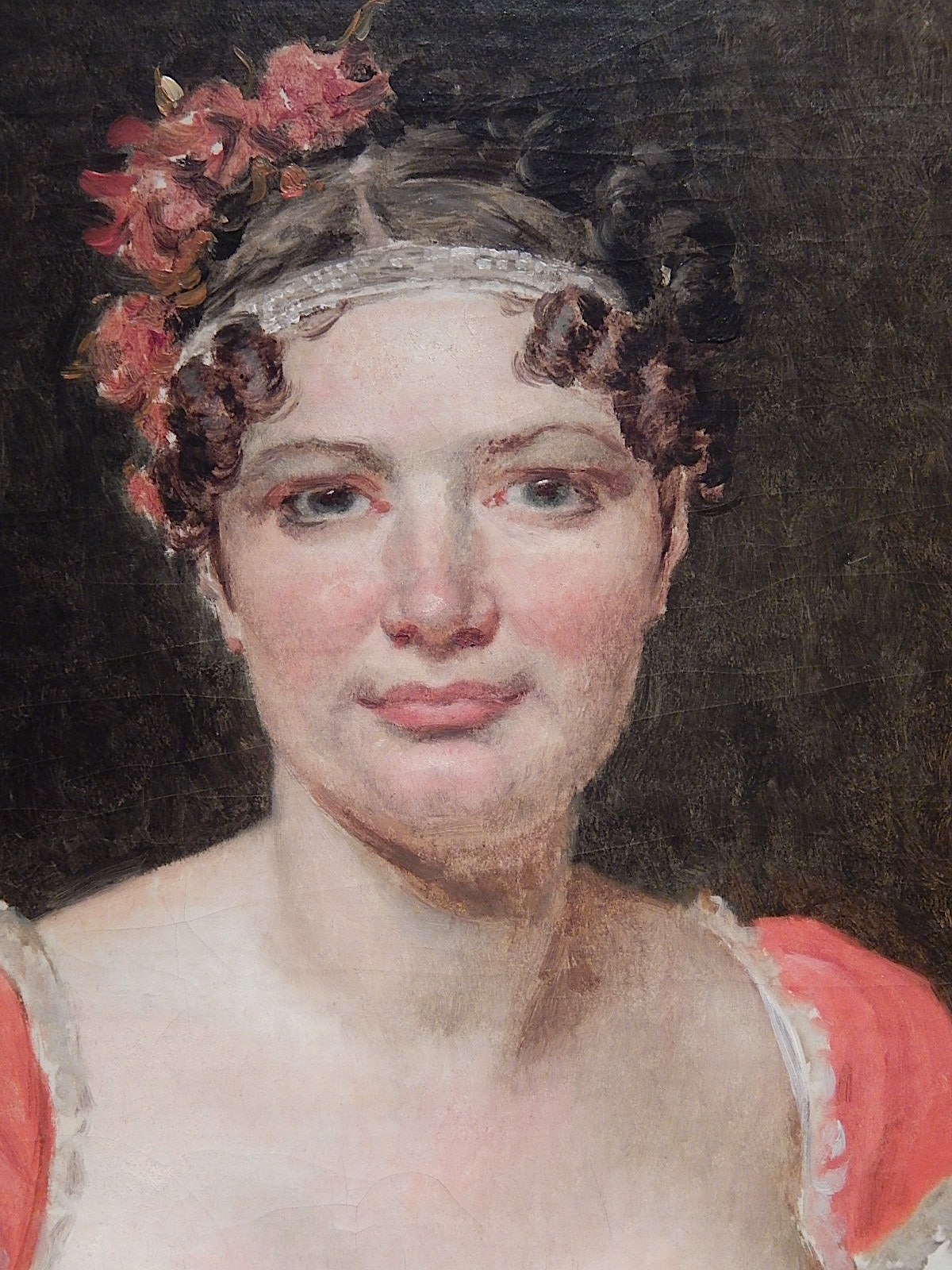 Laure-Emilie-Felicité David, La Baronne Meunier - 1812
Close-up view. This seems to be little more that a sketch or study. Or might have David anticipated artistic trends 50 years in the future? Probably not, but I don't know enough to be categorical about this. 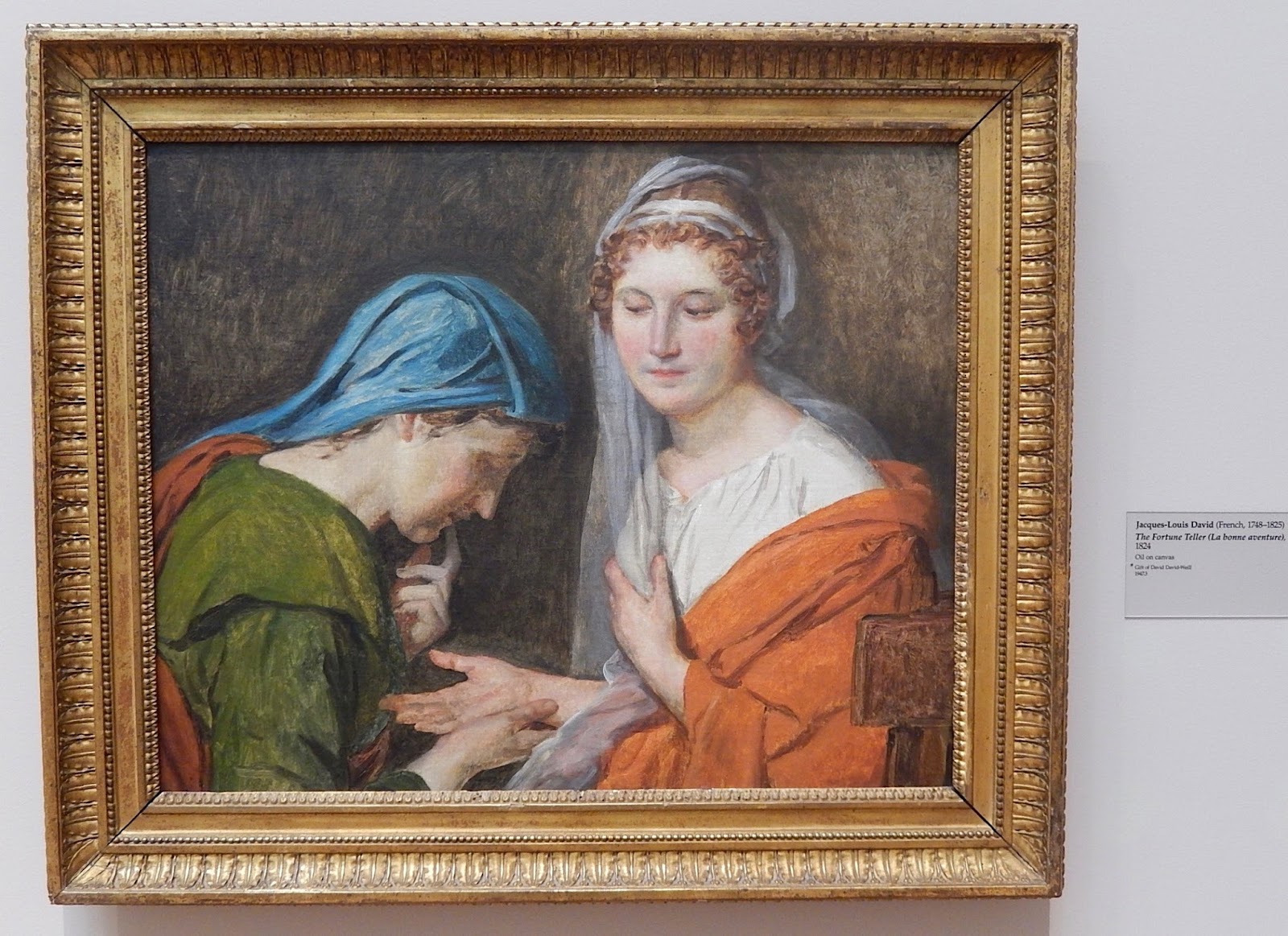 La bonne aventure (The Fortune Teller) - 1824
This was painted the same year as the Mars and Venus painting, within two years of David's death. Again, the style is casual and sketchy. Could this have been a study for a more finished work that was never made? Again, I don't know. 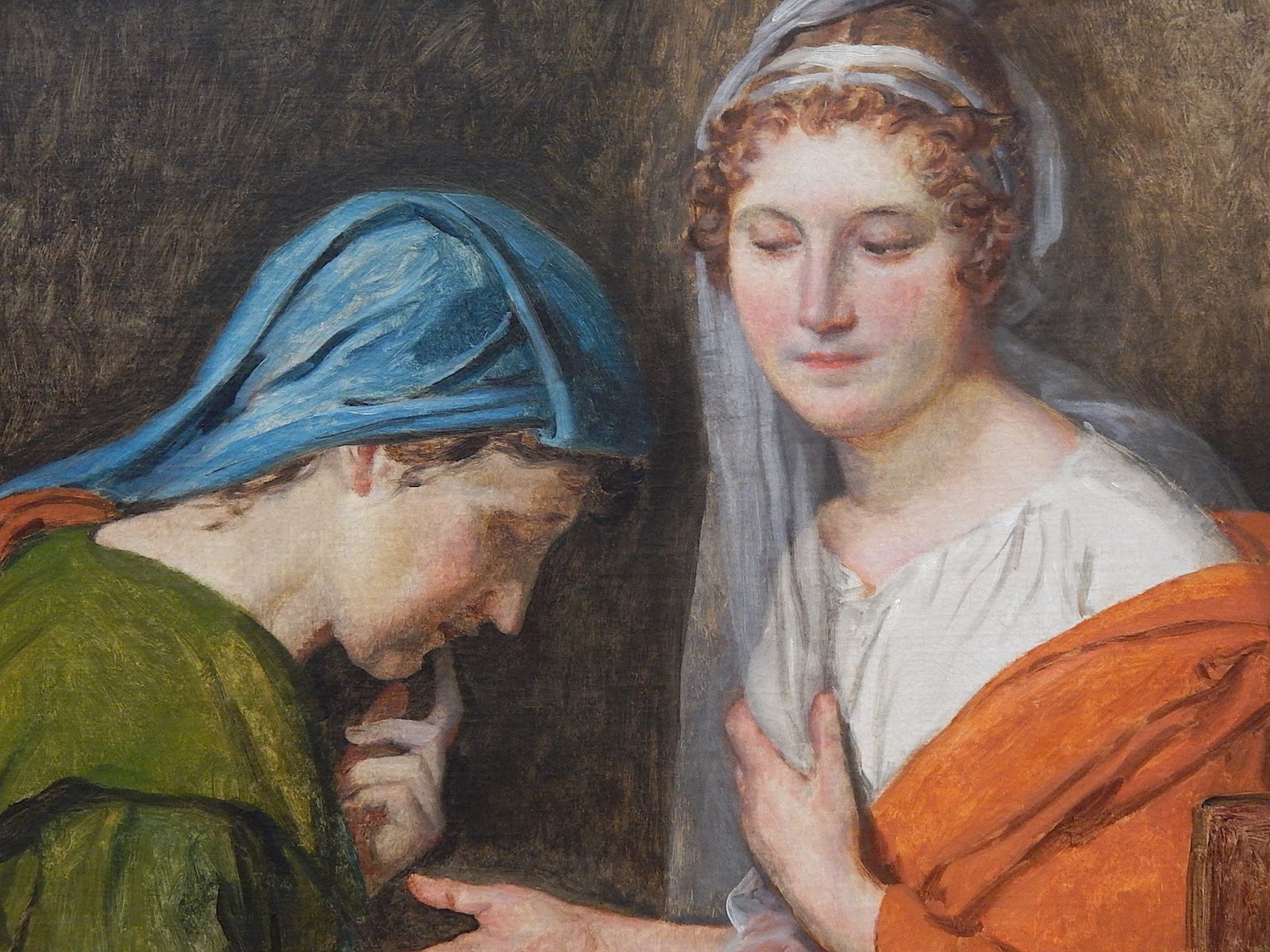