Pierre-Auguste Renoir (1841-1919) is known as a French Impressionist, but he wasn't always one. For example, I posted here about a time when he doubted Impressionism. This, and more about him and his art can be found in his Wikipedia entry.

So when I visited the Norton Simon museum in Pasadena, California in April I wasn't surprised by his 1867-68 vintage painting of the Pont des Arts, a footbridge over the Seine connecting the Louvre with the École des Beaux-Arts.

It's a comparatively early Renoir, before French Impressionists such as Claude Monet began using broken (or divisionist) color. The Norton Simon web site's blurb on the painting states; "Planted in the heart of Paris, we stand on the Left Bank of the Seine, looking upstream toward the wrought-iron Pont des Arts... The crisp shadows and liberally applied black are typical of Renoir’s early career, when the artist and his friend Monet set out to document their changing city in a celebrated series of views to which this one belongs."

Monet is mentioned, but there also are hints of Édouard Manet in some of the nearly-flat color areas. 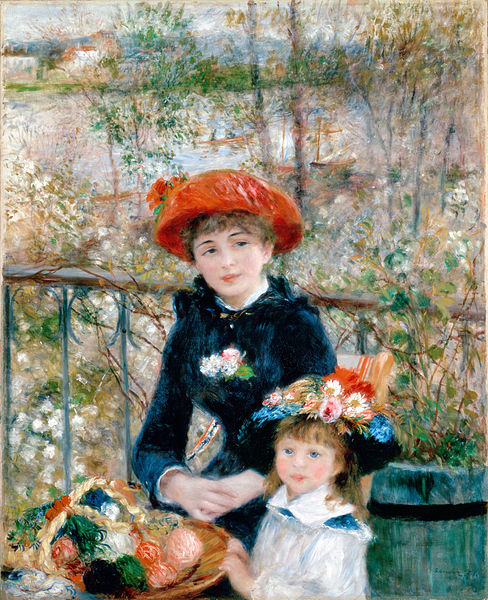 This is "On the Terrace" (1881), the sort of painting most folks associate with Renoir. 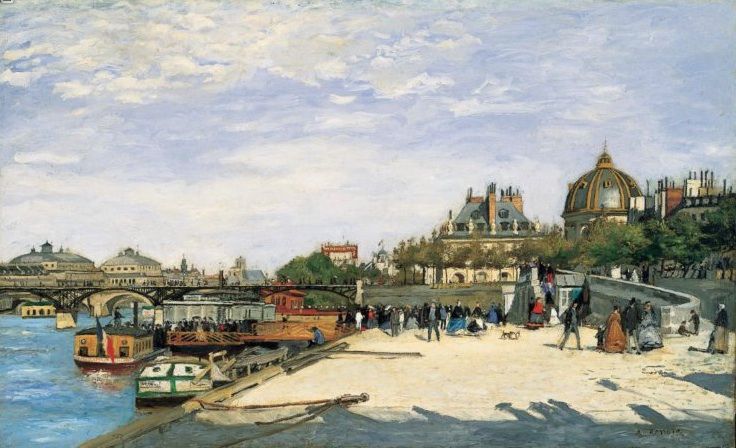 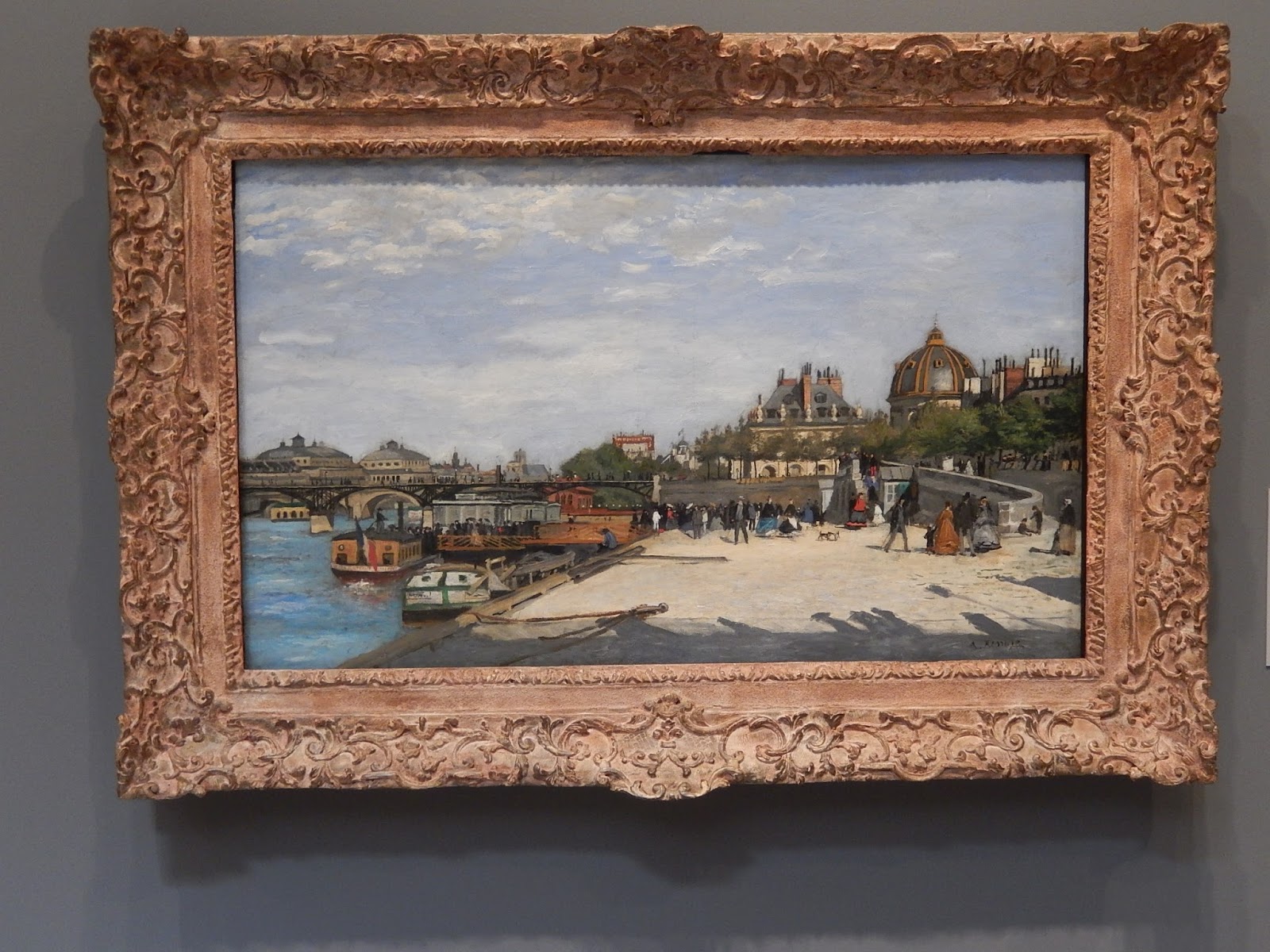 What my camera saw: establishment shot. 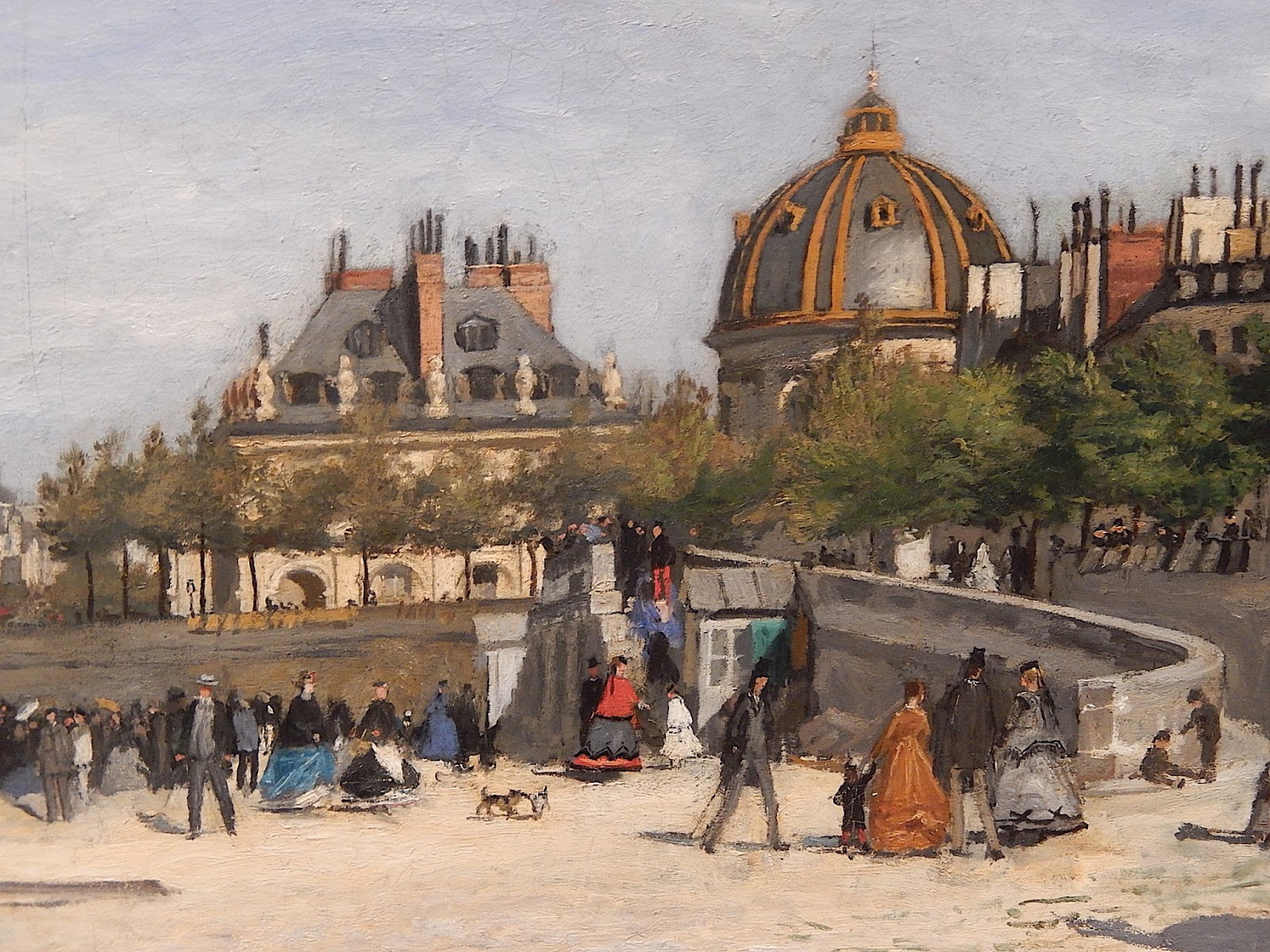 A detail photo. Click to enlarge and inspect Renoir's brushwork.

I didn't like Renoir's behaviour or his politics, but I thought that "On the Terrace" (1881) was absolutely terrific. It was an excellent combination of an impressionist background with more sharply defined figures in the foreground.

Poor old Charles Ephrussi, who owned this painting - Renoir and others savaged him during the Dreyfus Trial :(