Franklin Booth (1874-1948) was something of a genius as a pen artist. When young, he unconsciously used pen and ink to imitate engraved illustrations he saw in magazines. When he discovered what he was doing, he must have liked the results he was getting, because he used the same general approach for most of the rest of his career. (Apparently some of his later works incorporated scratchboard. And he did do some conventional illustration in color.) More information about his life and career is here.

Below is a portrait of Theodore Roosevelt by Booth worth careful examination. 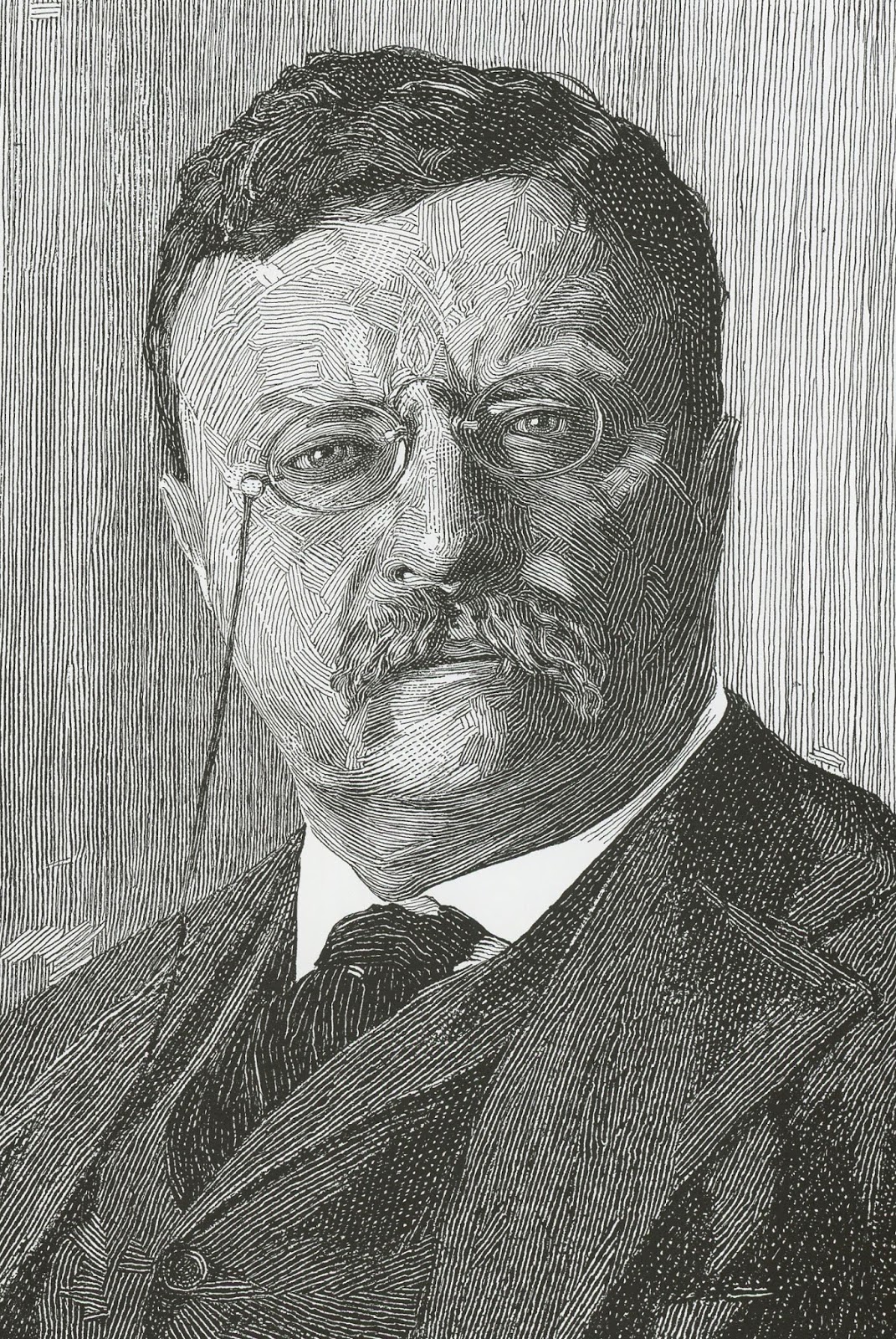 This is a very large image compared to most found on this blog. Even so, it is a cropped version of the original. I kept it large so that you'll be able to see how Booth used various pen strokes and hashing angles to yield a convincing portrait of the president. Click on the image to enlarge it further.
Posted by Donald Pittenger at 1:00 AM

It is interesting that a popular artist, one who made his name in newspapers, posters and magazines, was considered weighty enough for a president. So I am assuming this beautiful image was created either before or after Roosevelt was president.

Hels -- I don't have a date for this, but I'm almost certain Booth did it after TR became President. The reference was probably a photo, and not an in-person pose.