Modigliani's Wife at the Norton Simon

The Norton Simon museum in Pasadena, California has one of the many portraits Amadeo Modigliani made of his common-law wife Jeanne Hébuterne during the few years of their relationship before his death and her suicide.

Below are images of Jeanne. 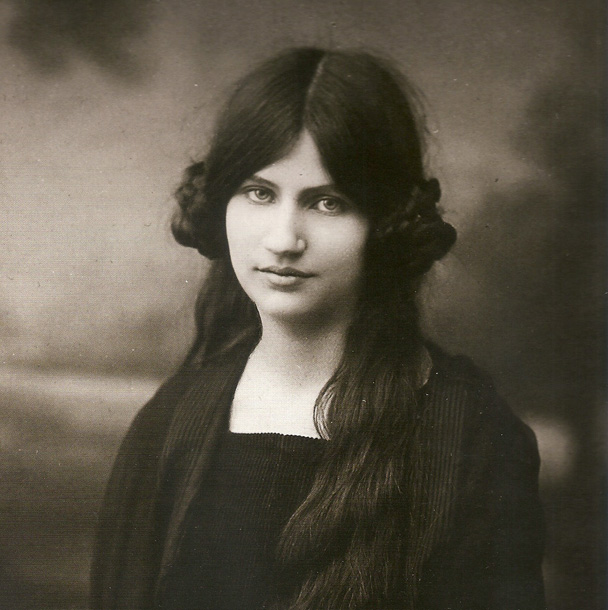 A formal photographic portrait of Jeanne Hébuterne, perhaps taken before she met Modigliani. 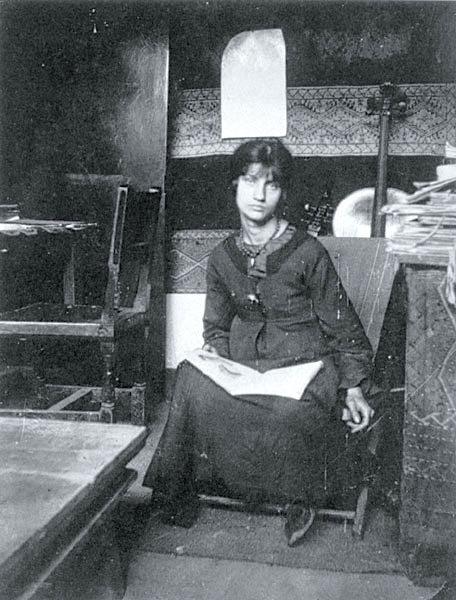 Snapshot of Jeanne Hébuterne, who appears to be pregnant with either her daughter Jeanne or the child never born. 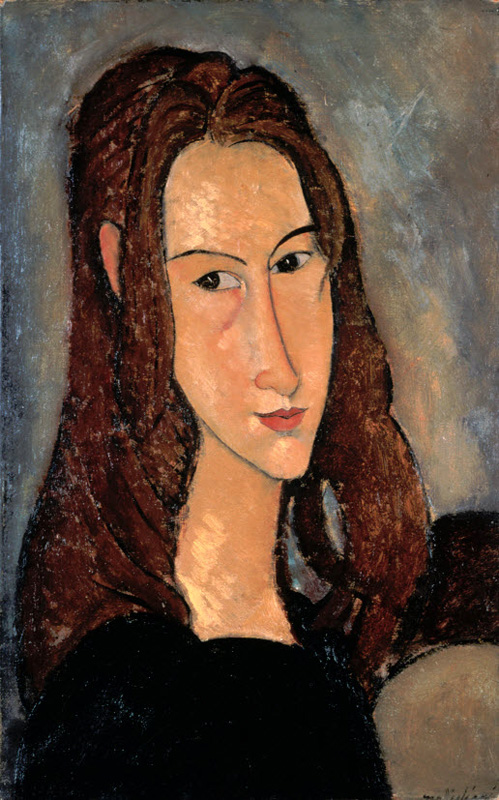 Portrait of Jeanne Hébuterne by Modigliani, 1918. Well, that's who Wikipedia says it is. But the woman shown here has brown eyes, and Jeanne's were blue or gray. Also, the shape of the bottom of the nose is wrong. 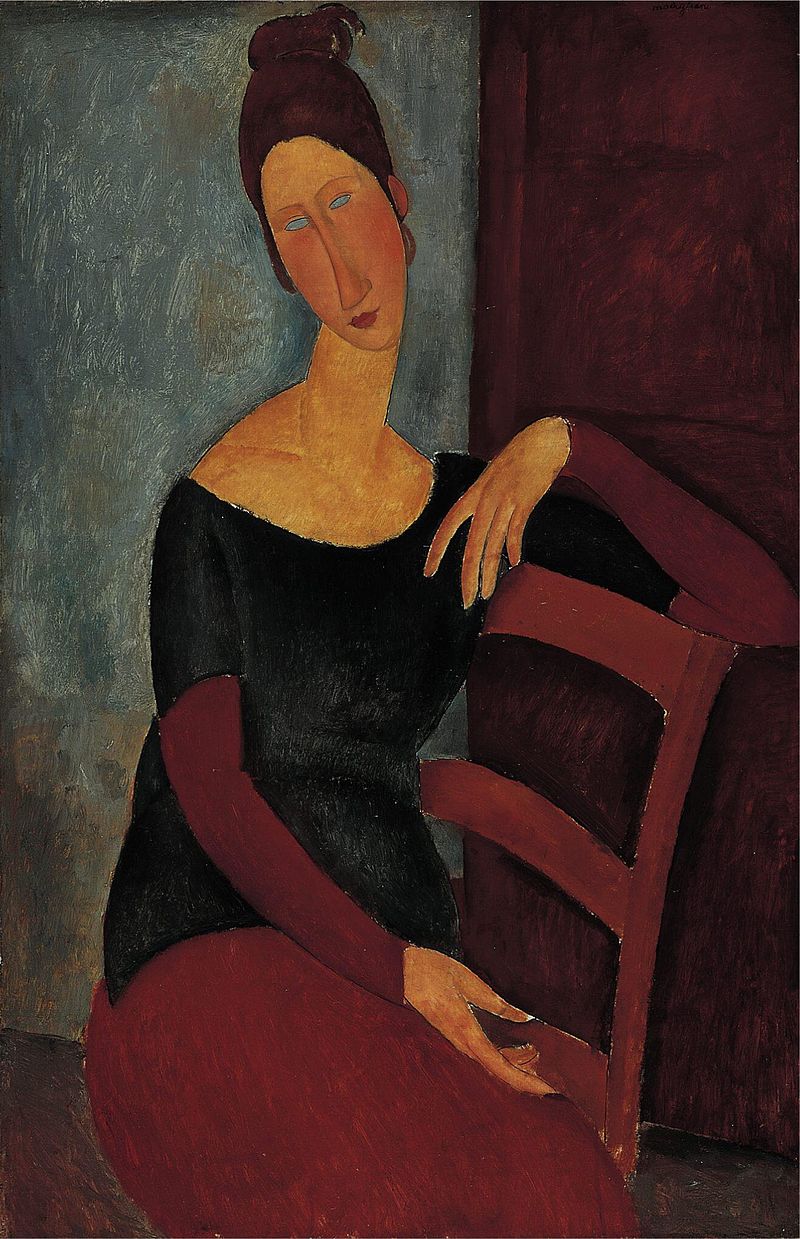 "Portrait of the Artist's Wife, Jeanne Hébuterne 1918" is the caption of this painting at the Norton Simon. 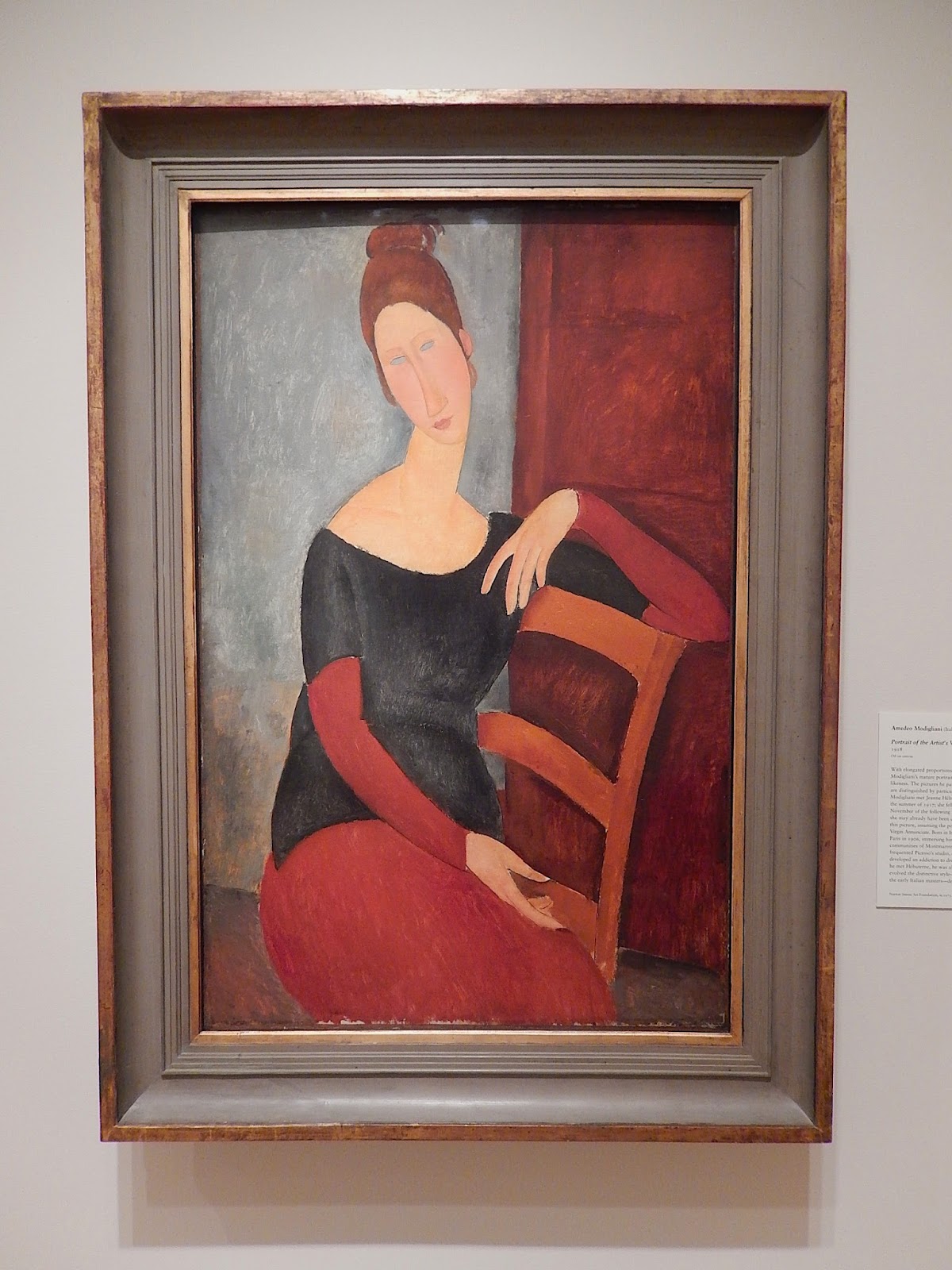 Here is the painting as seen by my camera. 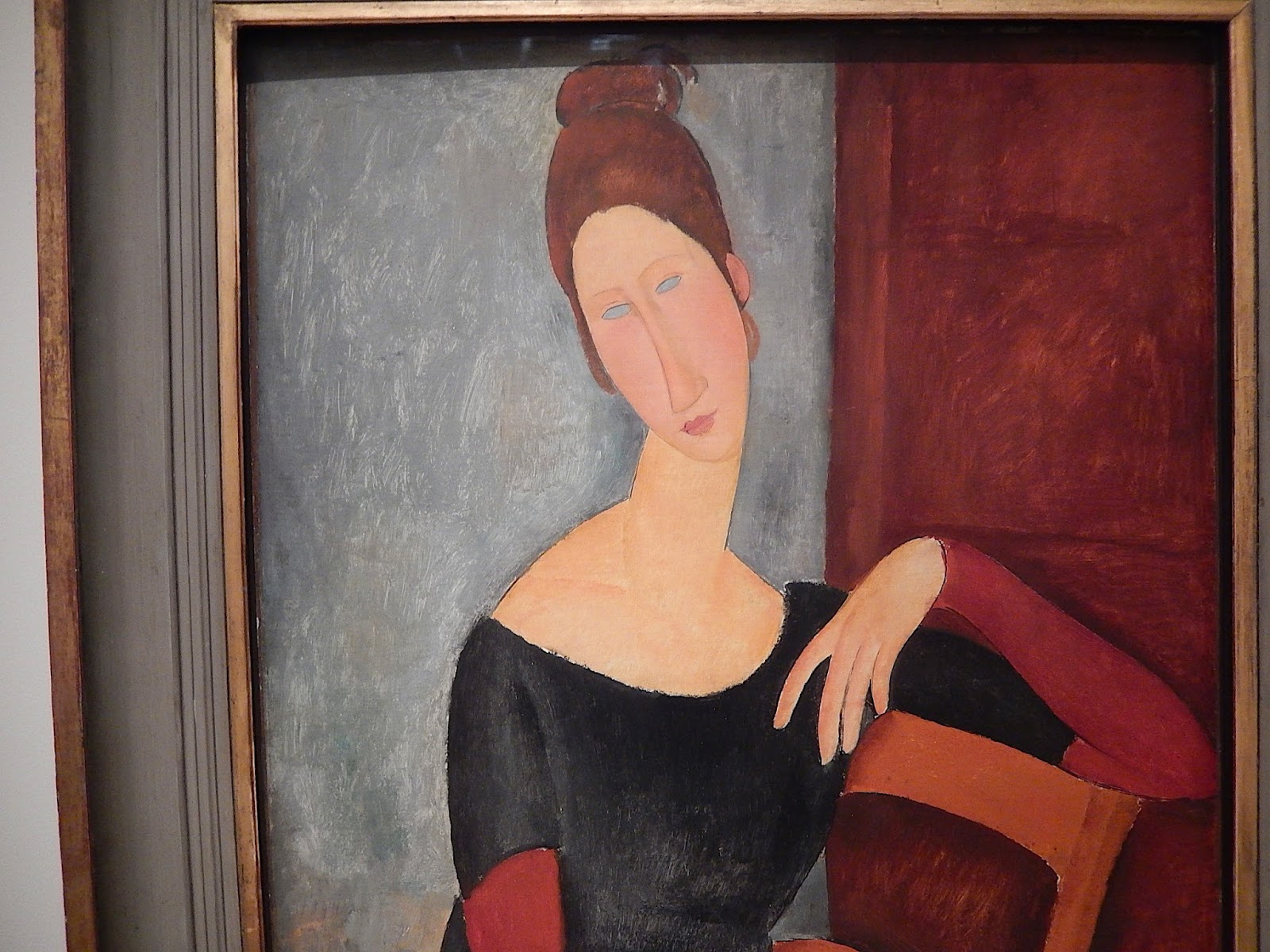 Closeup photo: click on images to enlarge for a better view of brushwork.

An odd thing about Modigliani's art, at least as a Modernist, is that his female "portrait" subjects are nearly or entirely unrecognizable, and those of men not much better. This Telegraph article mentions that he would paint his subjects indirectly, combining visual memory and his feelings about them.
Posted by Donald Pittenger at 1:00 AM