Alexandre Roubtzoff (1884-1949) was born in St. Petersburg, Russia and trained in art there. However, shortly before the Great War he visited Tangiers and transitioned to Orientalist painting, spending most of his career in Tunis. His French Wikipedia entry is here, but at the time this post was drafted it was criticized as not being up to Wikipedia standards.

Not all his post-Russia works were set in North Africa. There are at least two dealing with mid-1920s Paris high life. 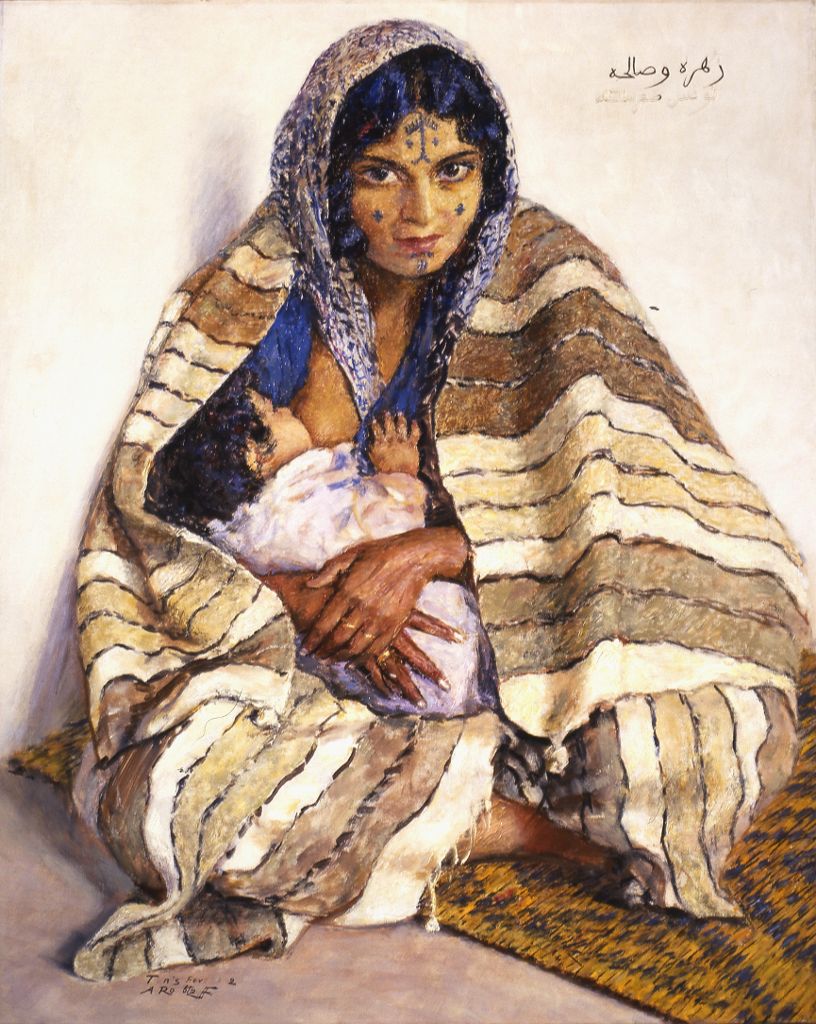 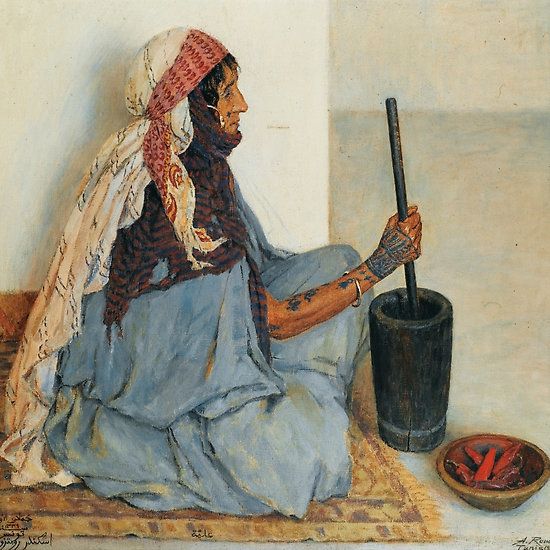 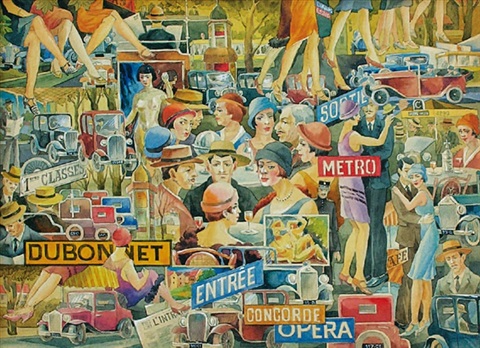 Impressions de Paris - 1926
There are at least two paintings, seemingly with the same title, showing jumbled details of Jazz Age Paris. Here is one.

Impressions de Paris - 1926
This is the other one I am aware of. The original is large, but this is the biggest image of the whole thing I could find on the Internet. However, I did find a large reproduction in a French automobile magazine, spreading over two pages. I scanned each page segment separately, and those images are below. Click on them to enlarge. 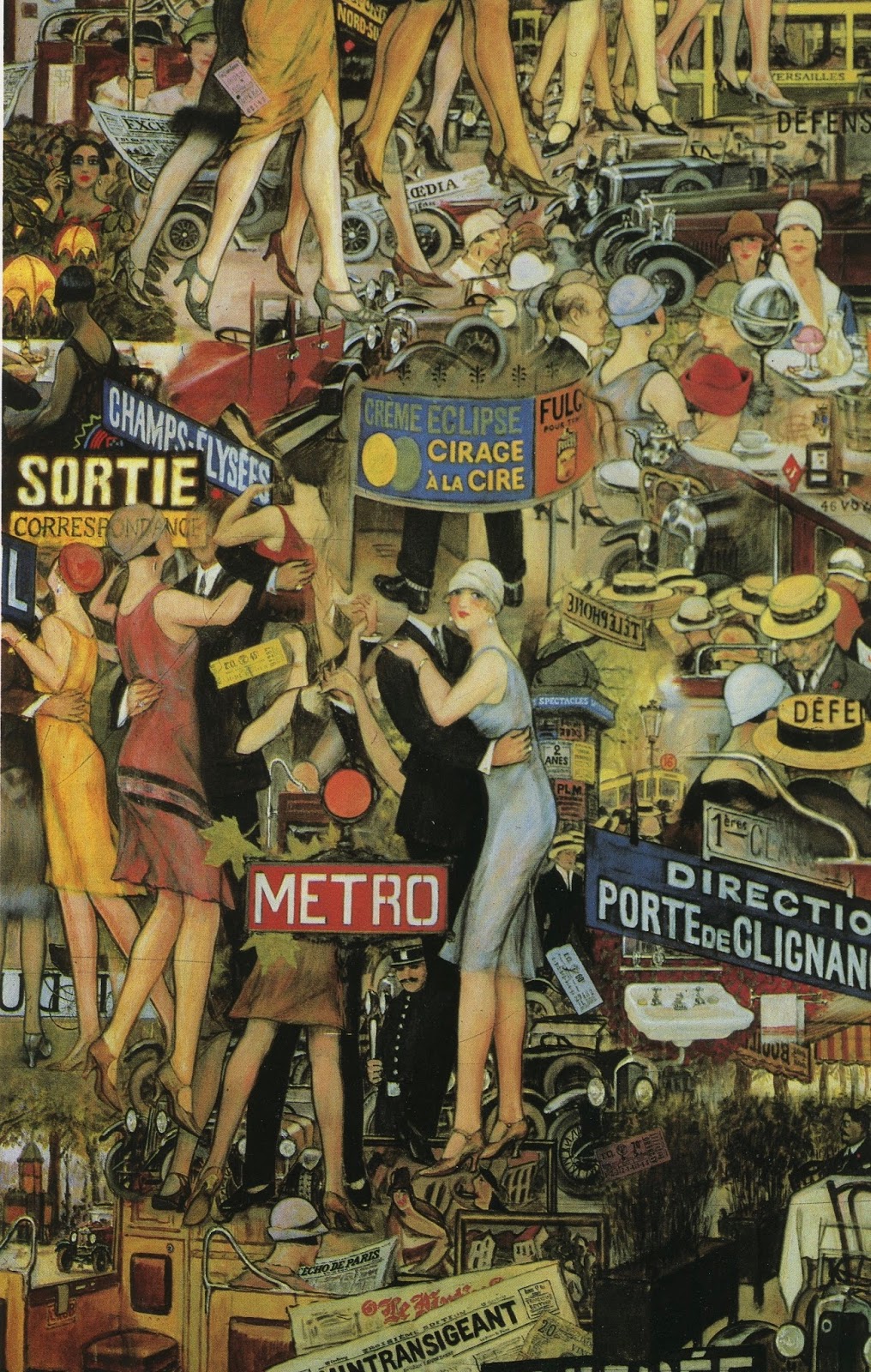 Both paintings contain many of the same elements, but they are placed differently. My guess is that the first image above was a study for or an earlier version of this painting. 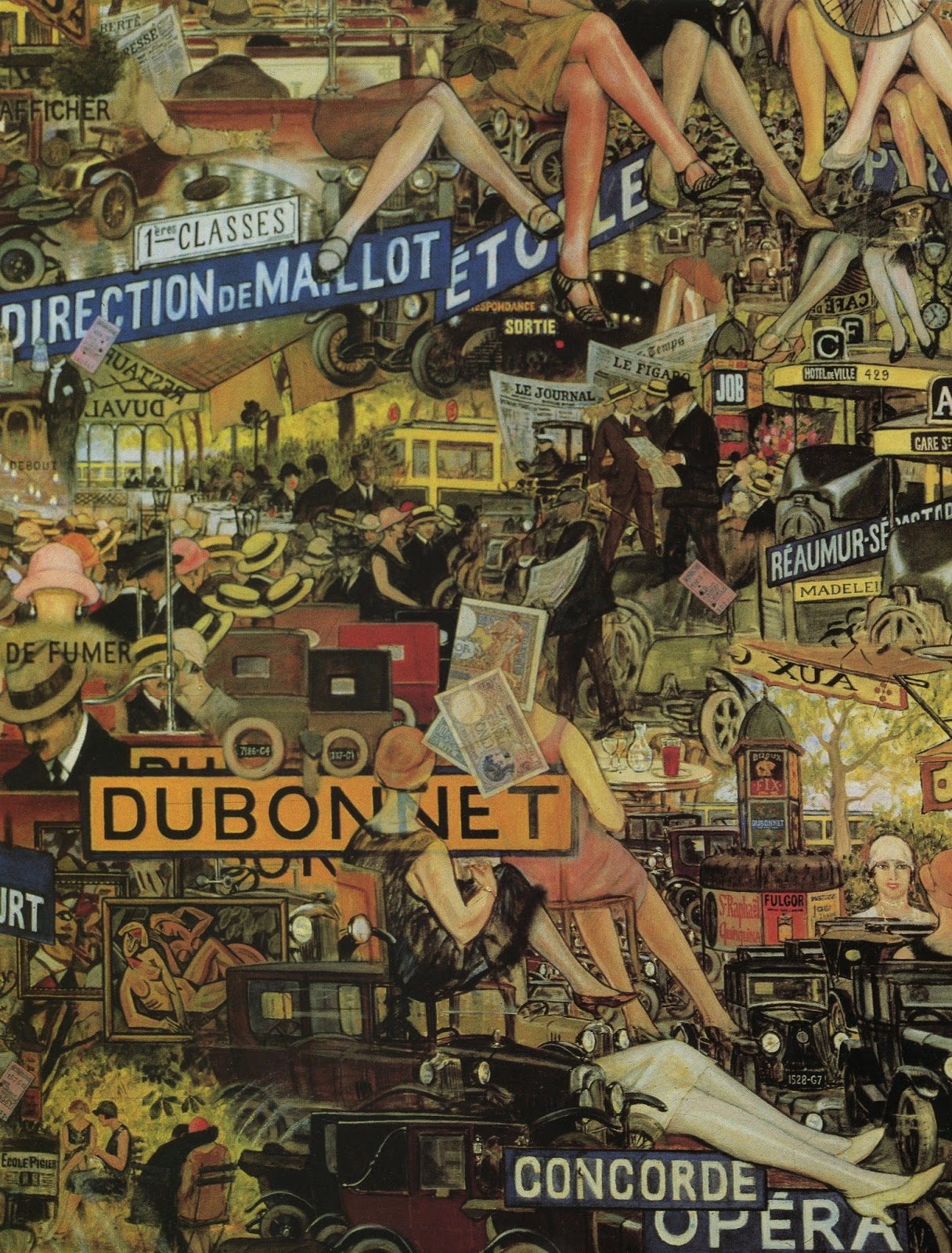 Details include Metro signs, plenty of cars, newspapers ranging from the leftist L'Intransigeant to the rightist Le Figaro, many faces of young women (but few men's faces), and plenty of women's legs revealed by Flapper dresses. Very witty and fun.
Posted by Donald Pittenger at 1:00 AM

A nice montage effect, I would guess he was inspired by German cinema of the period. It is interesting to compare the difference between a sequential set of visuals, as in film, with an immediate statement of the whole as set forth in the paintings; even in the painting, one follows threads and topics in an elapsed series of separate observations.