Wikipedia has this extensive entry dealing with Cubism. Early on, it states:

"Historians have divided the history of Cubism into phases. In one scheme, the first phase of Cubism, known as Analytic Cubism, a phrase coined by Juan Gris a posteriori, was both radical and influential as a short but highly significant art movement between 1910 and 1912 in France. A second phase, Synthetic Cubism, remained vital until around 1919, when the Surrealist movement gained popularity. English art historian Douglas Cooper proposed another scheme, describing three phases of Cubism in his book, The Cubist Epoch." Those were "Early," "High" and "Late" Cubism, and the entry uses that concept to organize its discussion.

The peg I'm using for this post is the Analytical Cubism concept, whereby artists were supposedly presenting a subject by simultaneously using several different points of view in order to show it more completely than traditional art's single viewpoint.

I find it hard to believe the early cubists were serious in this regard. After all, Pablo Picasso (1881-1973), an inventor of Cubism, was something of a prankster.

Consider the hypothetical case of an artist seriously making a Cubist portrait using perhaps half a dozen different perspectives. The result will probably be an image that is so fragmented that only the artist himself would know what segments of his painting or drawing came from which viewpoint. A viewer of the work might be able to identify how a few fragments originated, but would be at a loss to comprehend how the entire work was assembled.

In other words, instead of showing a more complete view of the subject, the result is that even less of the subject is understandable to a viewer than would have been the case for a traditional portrait.

Some examples of early cubist portraits are shown below. 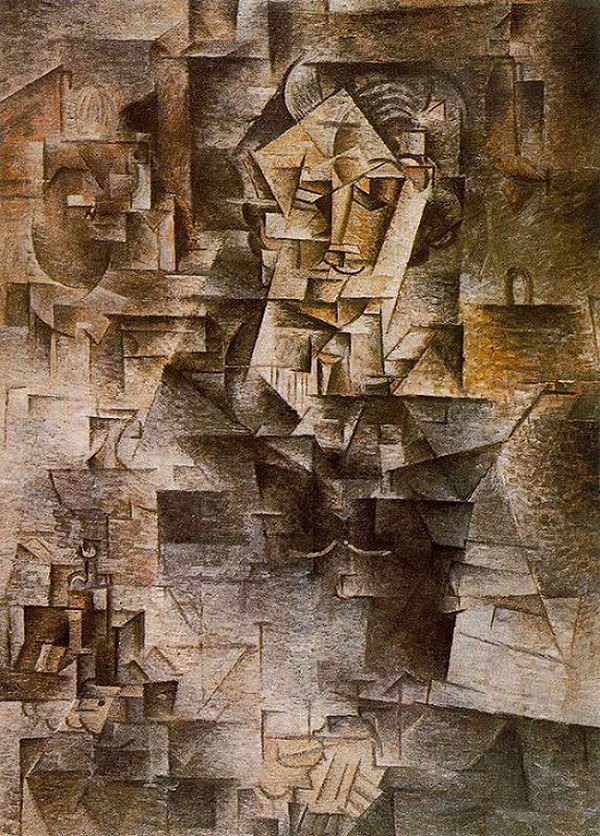 Pablo Picasso: Portrait de Daniel-Henry Kahnweiller - 1910
If you didn't already know what art dealer Kahnweiler looked like, could you form an accurate image of him using only the material presented in this "portrait?" 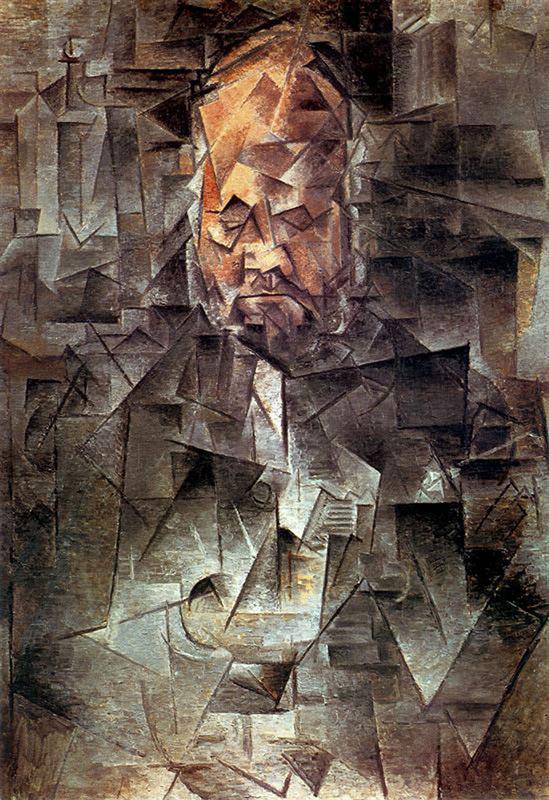 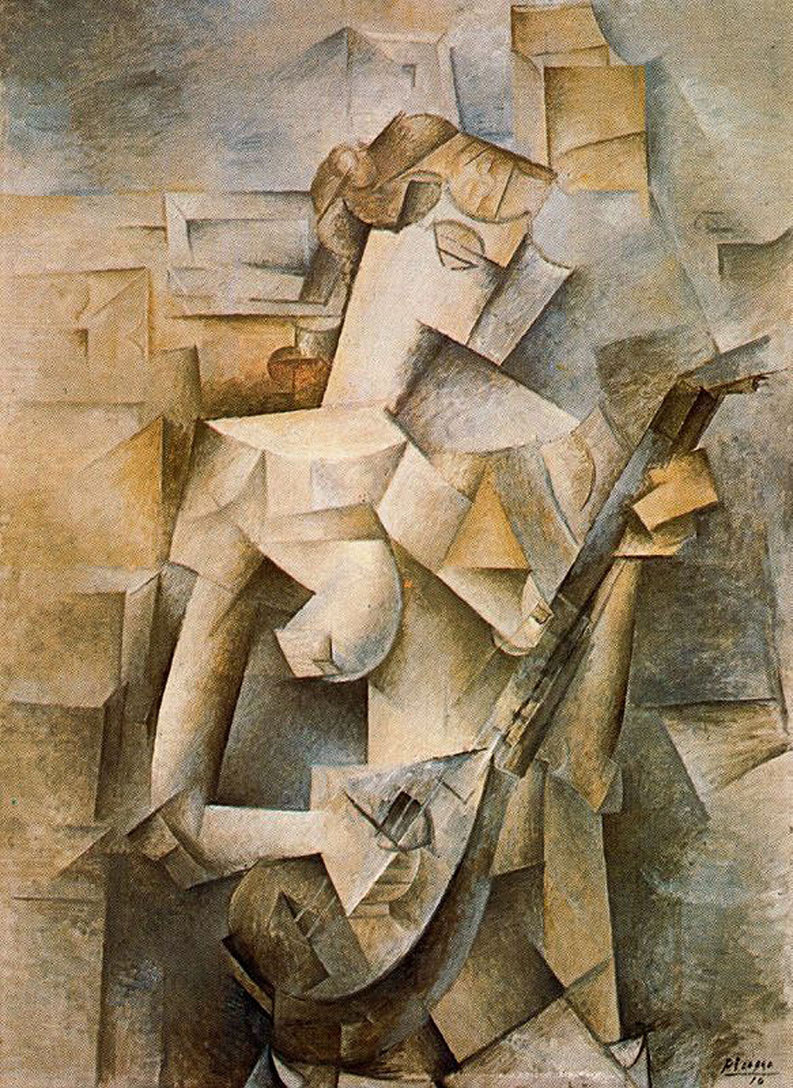 Pablo Picasso: Girl With a Mandolin - 1910
Not strictly a portrait, as he made no attempt to break the subject's face into many fragments -- he just simplified/abstracted. 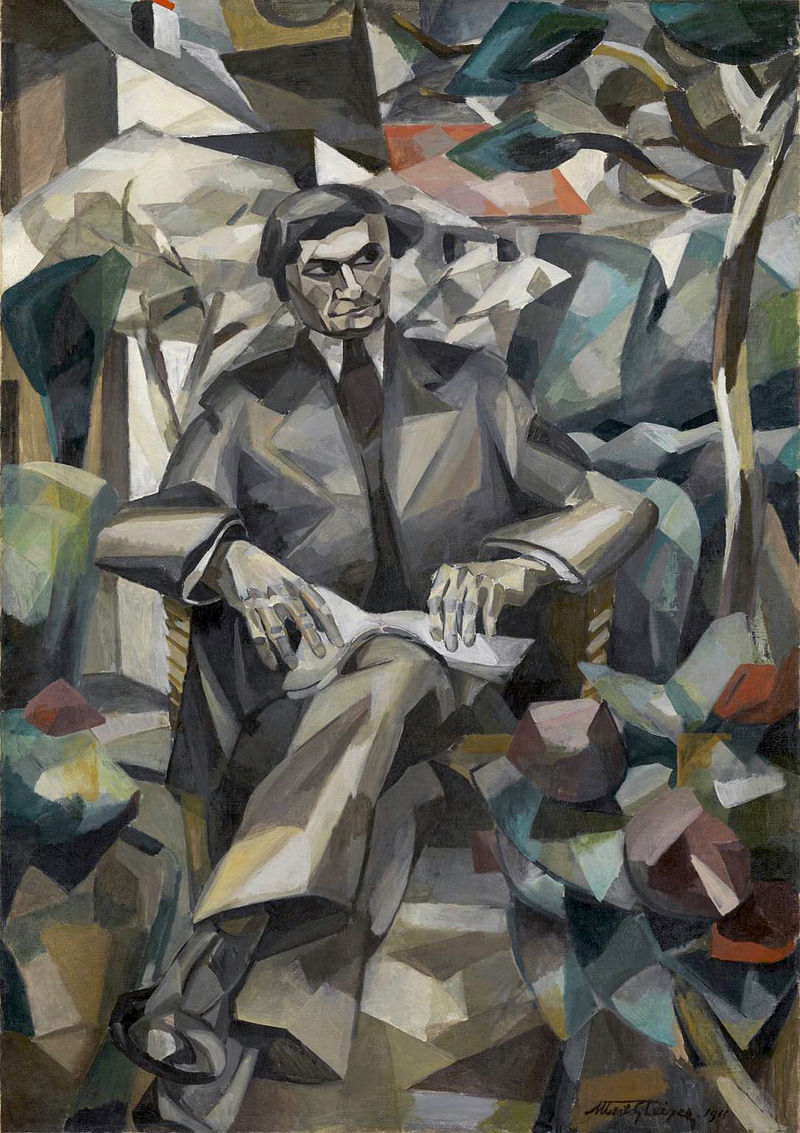 Albert Gleizes: Portrait de Jacques Nayral - 1911
Albert Gleizes (1881-1953), background here, besides being a painter, was a cubist theoretician who co-authored the 1912 book "Du Cubisme." He remained a cubist of sorts for much of his career, so unlike Picasso he should have been serious. But the example shown here simply has the subject's face and hands reduced slightly in the direction of faceting. Only other parts of the figure plus the rest of the setting are what most would consider cubist. 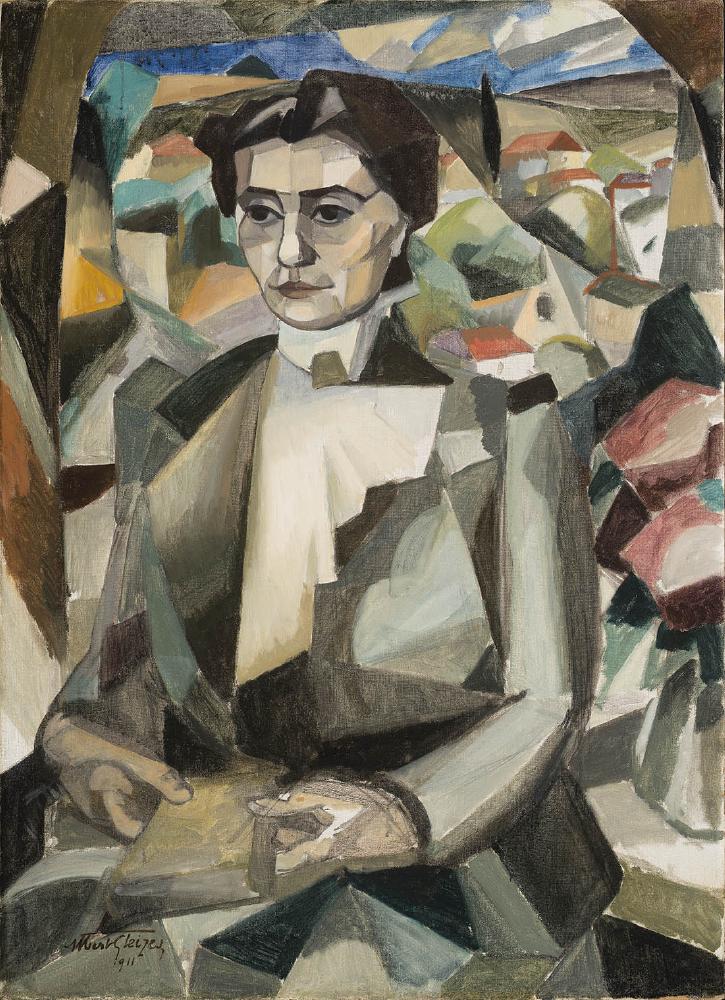 Albert Gleizes: Portrait de Mme H. M. Barzun - 1911
The same can be said regarding this portrait. 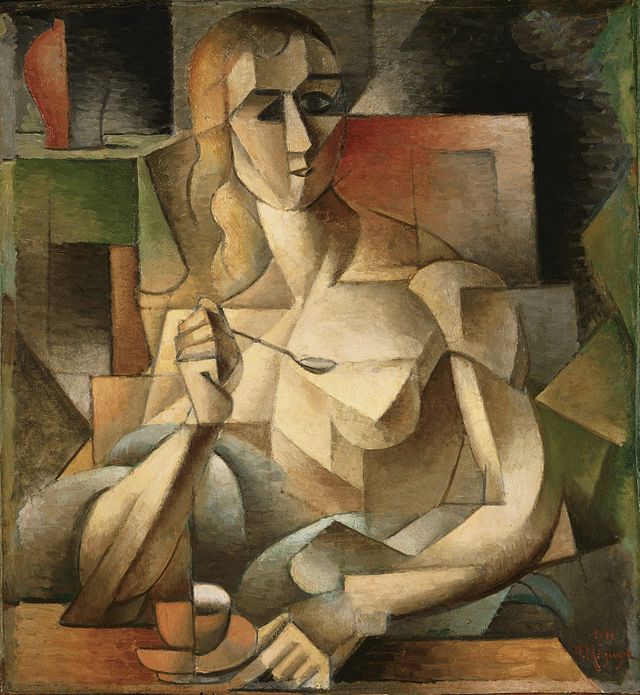 "Du Cubisme" was co-authored by Jean Metzinger (1883-1956), who I wrote about here. Metzinger was a cubist for a while but later works were far more representational. This painting is largely a matter of using simplified shapes and faceting, though a slight amount of perspective-twisting can be seen. 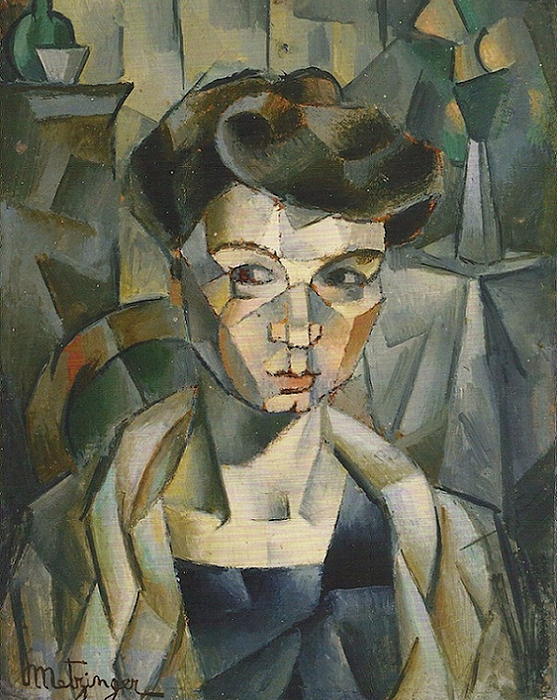 Jean Metzinger: Portrait de Mme Metzinger - 1911
When it came to portraying his wife, Metzinger fell back to the practice of faceting features and putting cubist decoration in the background as Gleizes did.
What the above gallery suggests is that even committed cubists often had to hold back from a hardline "analytical" approach when making portraits. Perhaps this compromise with purity had to do with the practical matter of portrait subjects wanting to be shown in a largely recognizable manner.
Posted by Donald Pittenger at 1:00 AM