Ramon Tusquets in Catalonia and Italy

Ramon Tusquets i Maignon (1837-1904) came from a well-to-do Barcelona family and became a full-time artist once his father died. Some biographical information is here.

I will assume that Tusquets never had serious financial worries. One piece of evidence in favor of that idea is that he doesn't seem to have relied on portraiture as an income source. Instead, he painted genre scenes in his beloved Italy along with a smattering of other subjects including a few large historical scenes.

Although he was a contemporary of French Impressionists Claude Monet and Pierre-Auguste Renoir as well as the Italian Macchiaioli Giovanni Boldini and Telemaco Signorini, Tusquets tended to paint in a traditional, less painterly styles. As a result, while his works were competently done, few strike me as being noteworthy, and it seems that the art world in general shares that opinion. 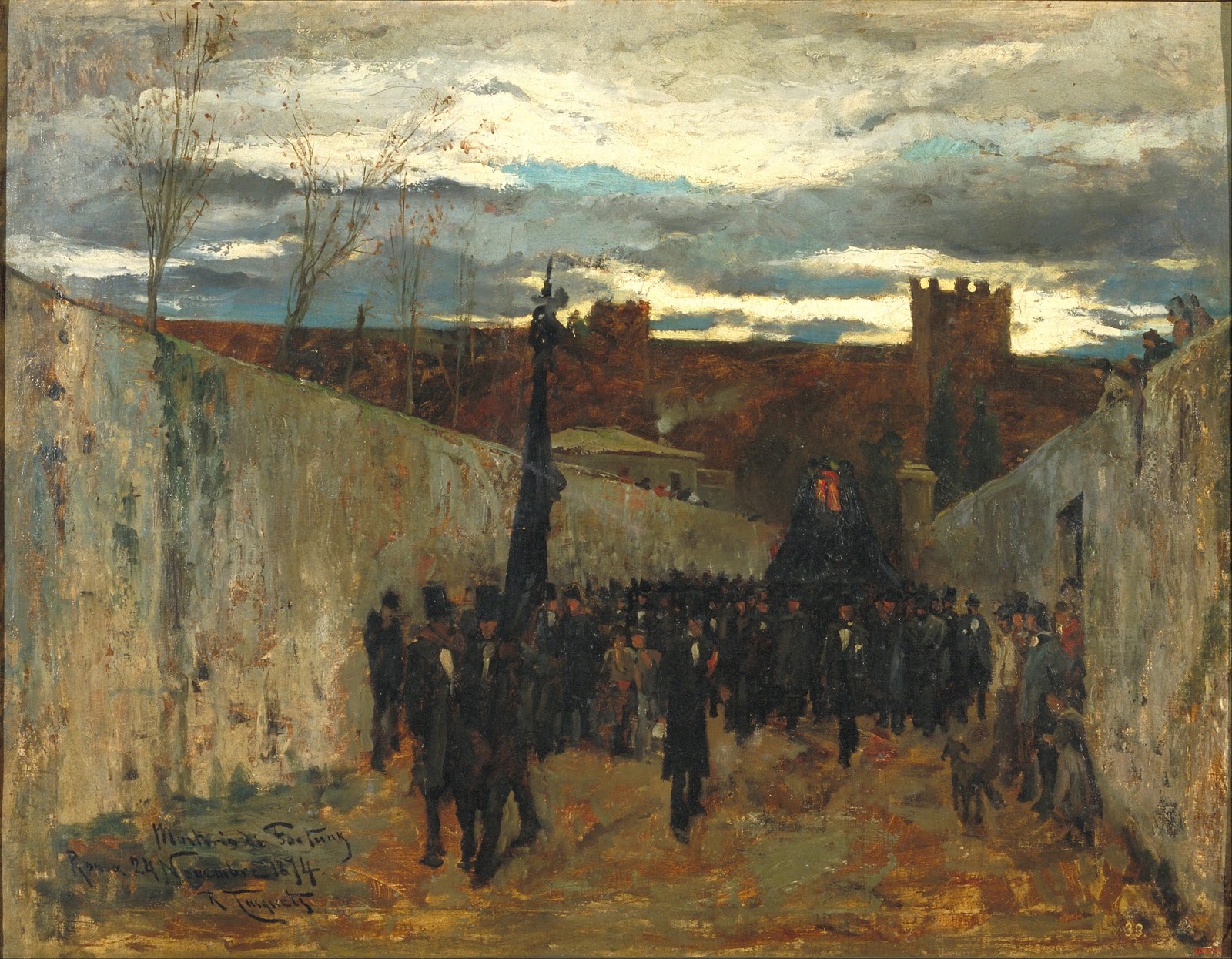 Burial of Mariano Fortuny - 1874
This has a Macchiaioli feeling to it, so perhaps Tusquets was influenced by them early in his career.
I'd be tempted to call this a sketch, but the artist took care to sign it. 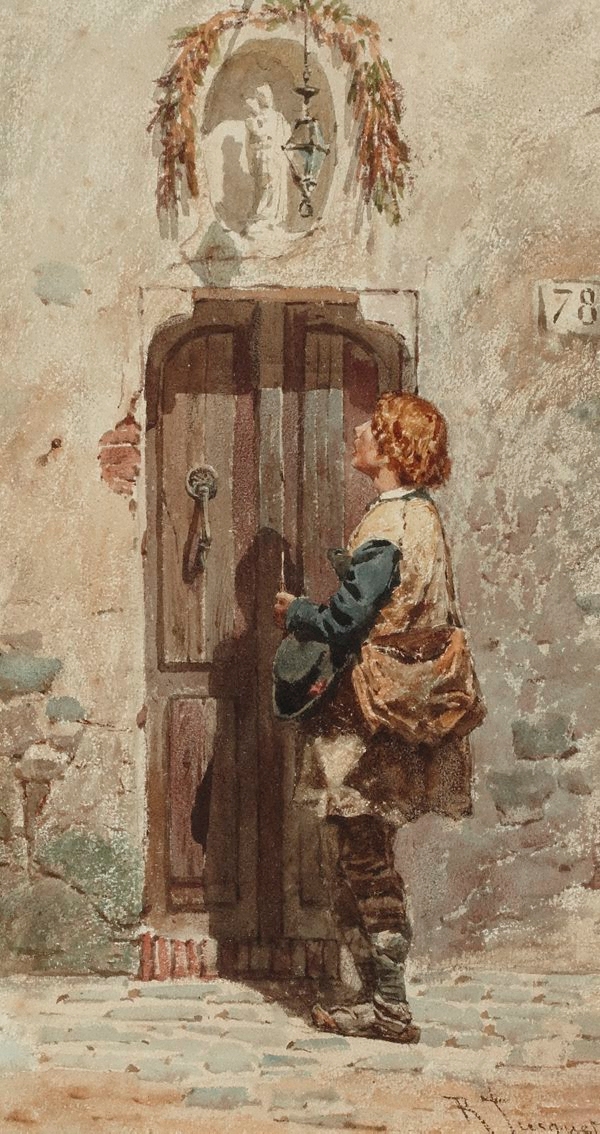 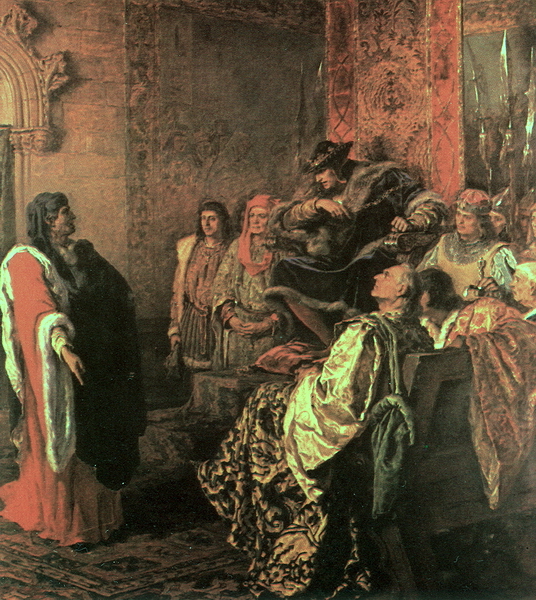 Joan Fiveller davant Ferran d'Antequera - 1885
That's a French title to this example of his historical paintings. 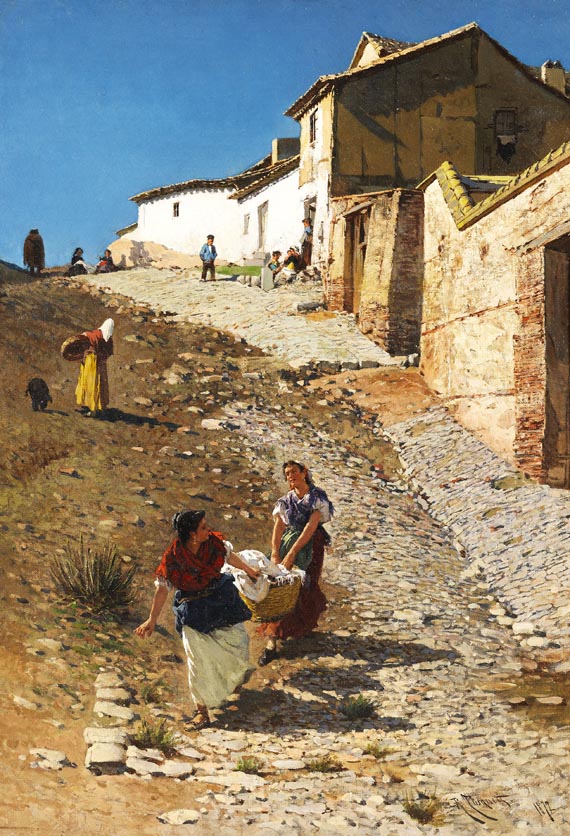 washerwomen
I don't have a formal title to this. 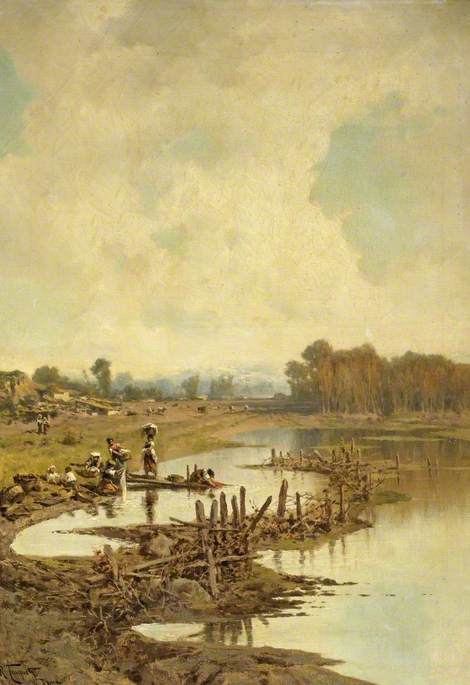 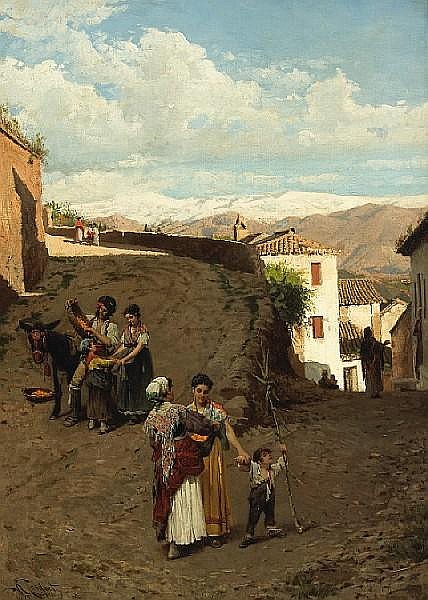 hillside village scene in Italy
Again, I lack a title. 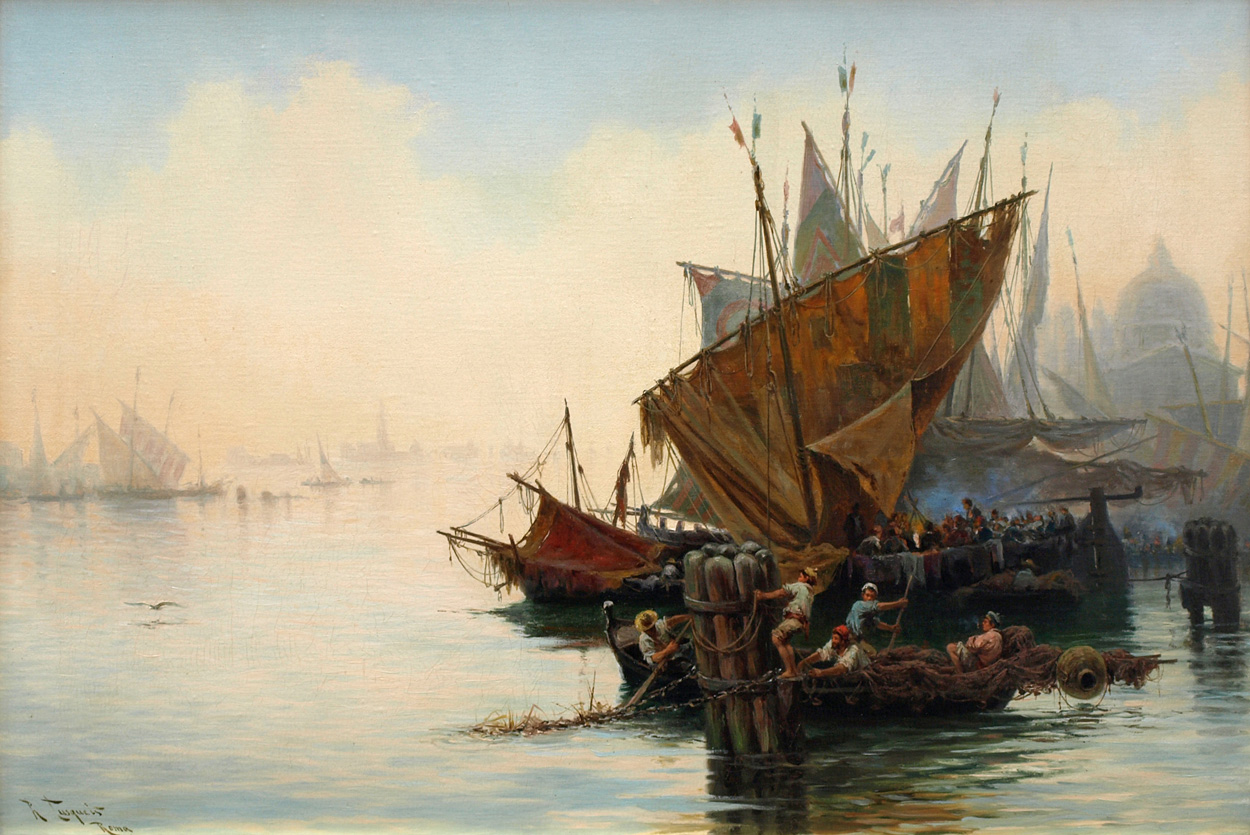 Fishing Boats in Venice
Colorful sails on Venice Lagoon fishing boats made it easy for artists to make interesting paintings. I consider this Tusquets' best.

The buildings in "waherwomen" look almost photographic. Would this be a function of the image size? Interesting effect nontheless.