Herbert Morton Stoops (1888-1948) wasn't a noted cover artist for the likes of the Saturday Evening Post or Collier's, but thrived in the next rung or two below. A near-contemporary of Harvey Dunn (1884-1952) and Dean Cornwell (1892-1960), his style was similar to their 1920s work. Biographical information can be found here and here.

Stoops was born, raised, and educated in the Mountain West and therefore easily dealt with cowboy-type subjects. As an artillery officer in the Great War he, like Dunn, could convincingly portray scenes of that conflict. And because he lived in New York City from the 1920s onward, he also was capable of illustrating sophisticated urban life. 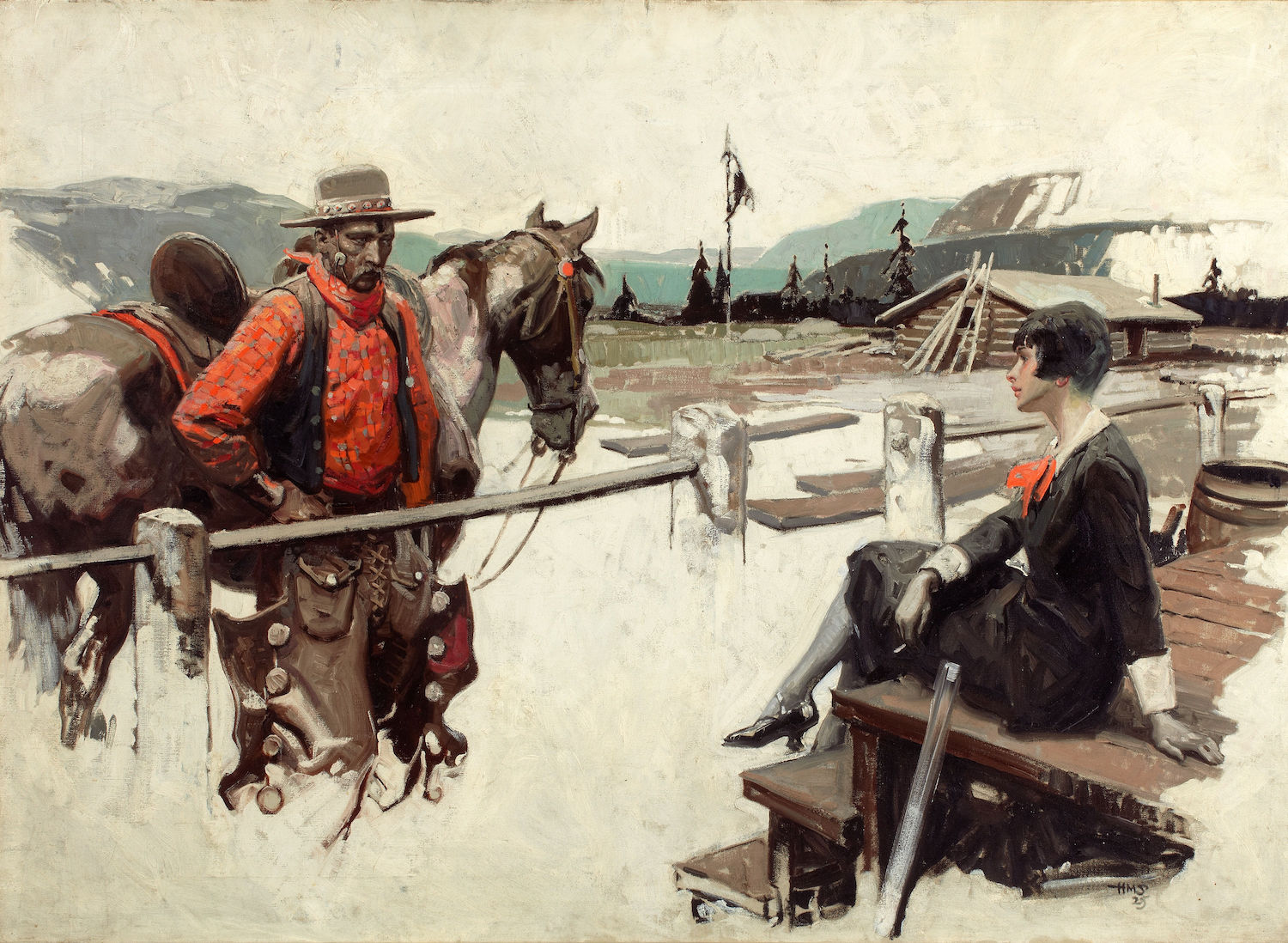 Here is an illustration combining the wild west and urban sophistication.

While collecting Stoops images from the Internet, I noticed that quite a few lacked rip-roaring action. Instead, they were quiet settings showing seated couples. 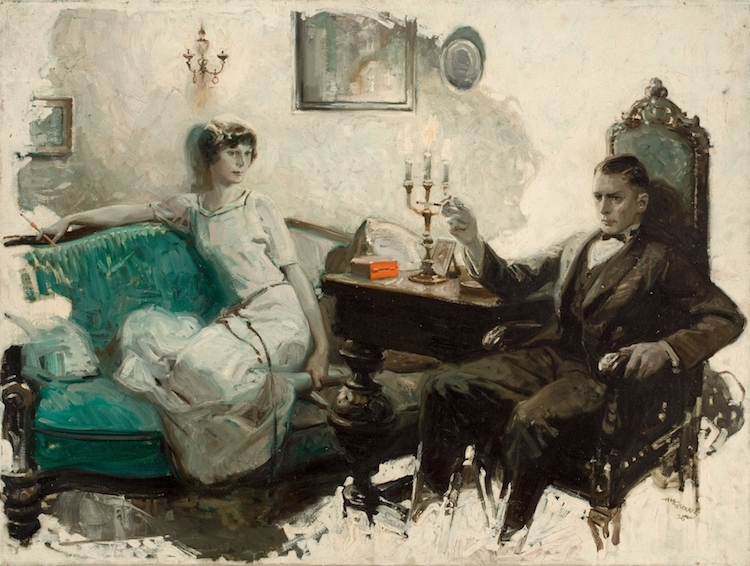 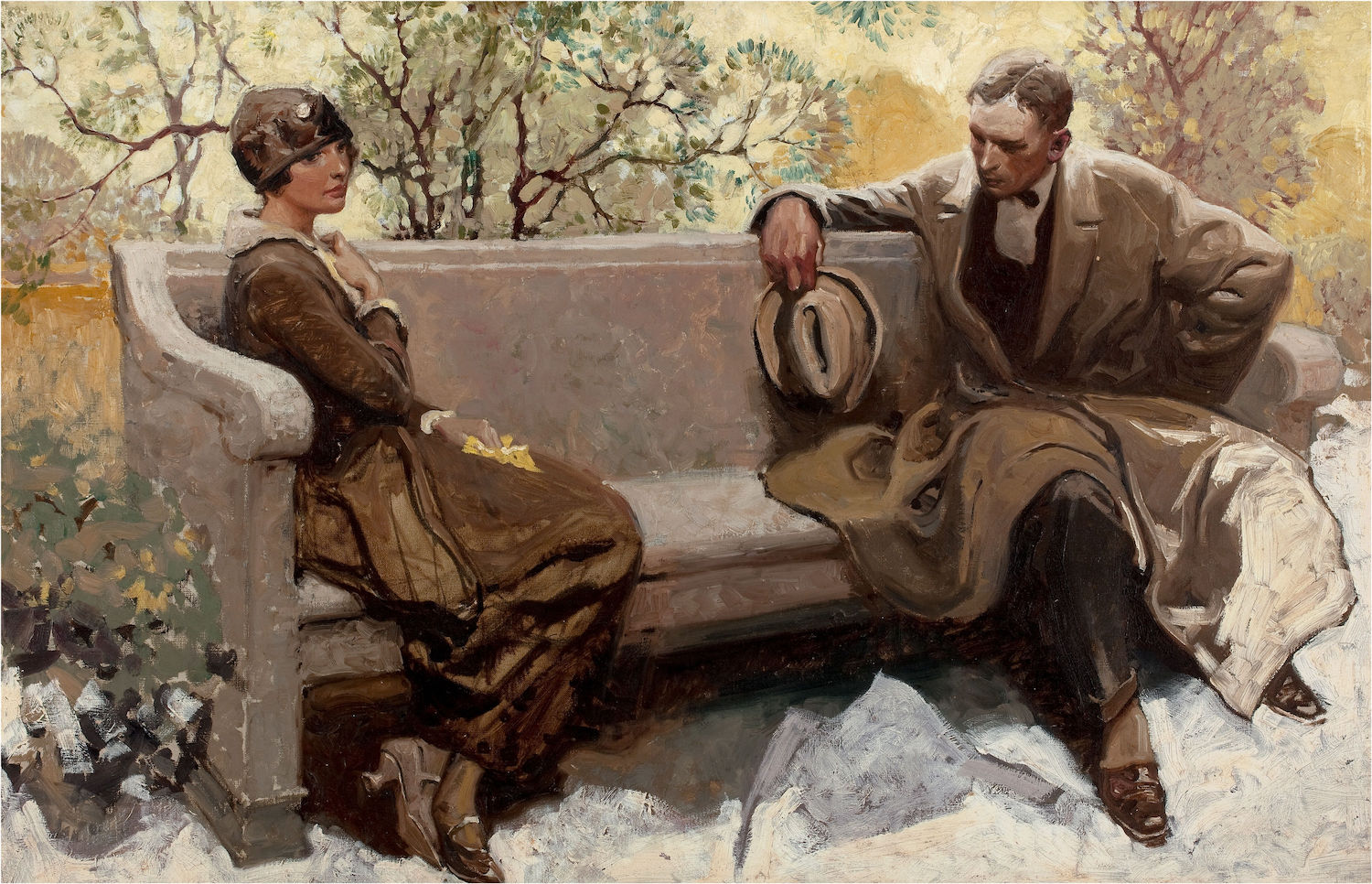 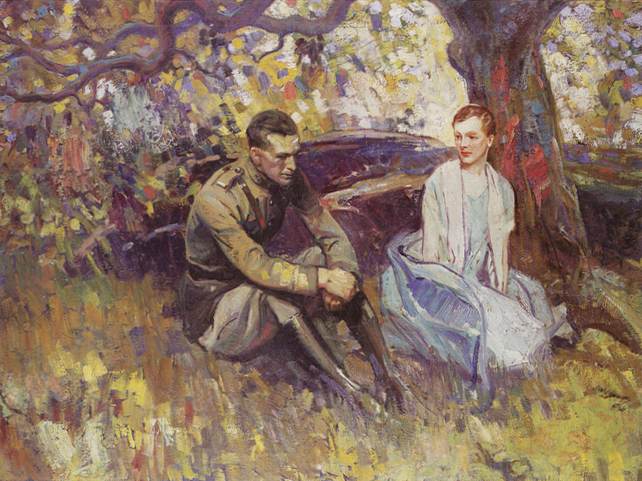 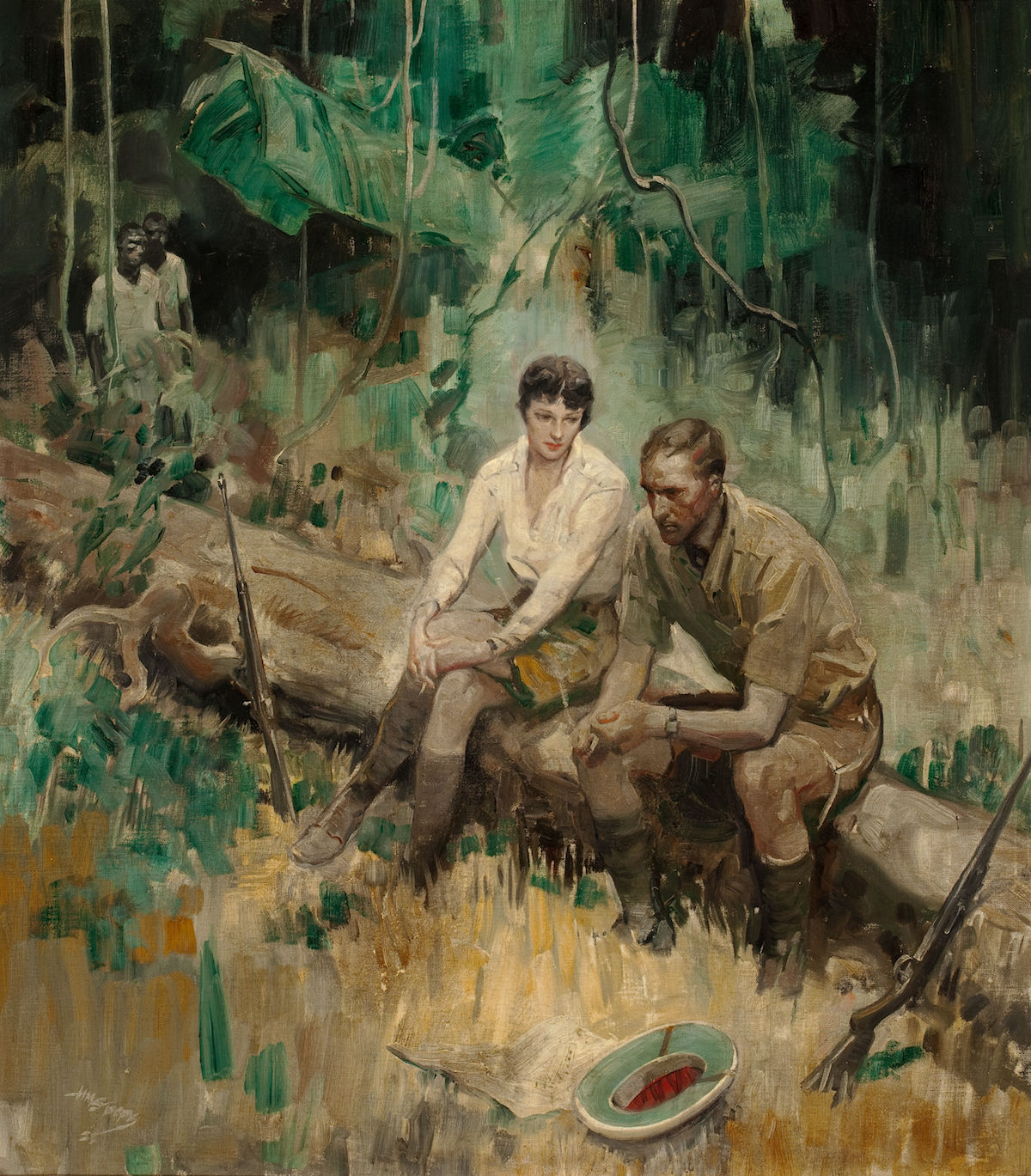 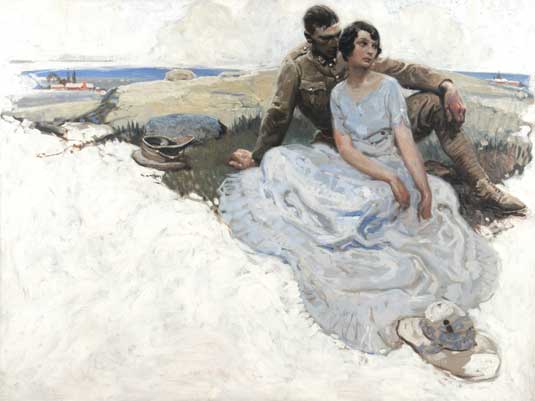 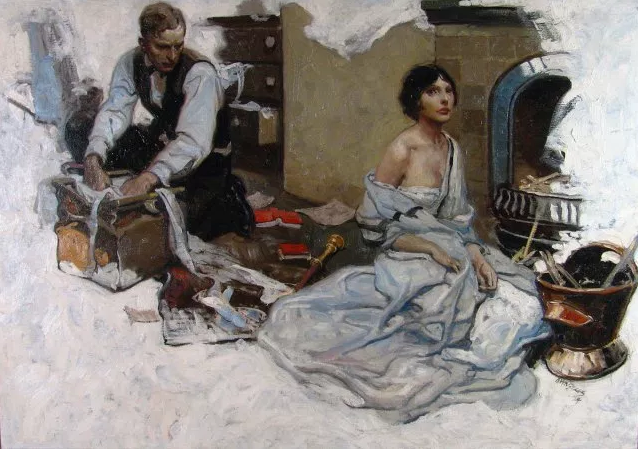 Well, this one isn't so quiet, but I like the seated woman.

Well he certainly created a strong theme in his work. These lovely paintings with a graceful, delicate touch. You may be interested in my post about Norman Rockwell - but don't feel obliged!
https://todiscoverice.blogspot.co.uk/2017/04/painting-of-month-71-may-2017-norman.html
CLICK HERE for Bazza’s rhadamanthine Blog ‘To Discover Ice’