Santiago Rusiñol i Prats (1861-1931) was a highly skilled Catalonian painter who had the advantage of coming from a wealthy family. His Wikipedia entry stresses his paintings of gardens and includes some images of those. Much more comprehensive is his Catalan entry (link to it from the English version) that goes into considerable detail on his literary and theatrical work. The English entry notes that he was influenced by Modernism and Symbolism, though the paintings below show little or no such influence: Rusiñol was fundamentally representational until fairly late in his career.

Although trained in Spain, Rusiñol made sure to spend a few years in Paris for seasoning. Other Catalonian painters including Ramon Casas, Hermenegildo Anglada Camarasa and Ignacio Zuloaga did the same in those days.

Here are examples of Rusiñol's work. 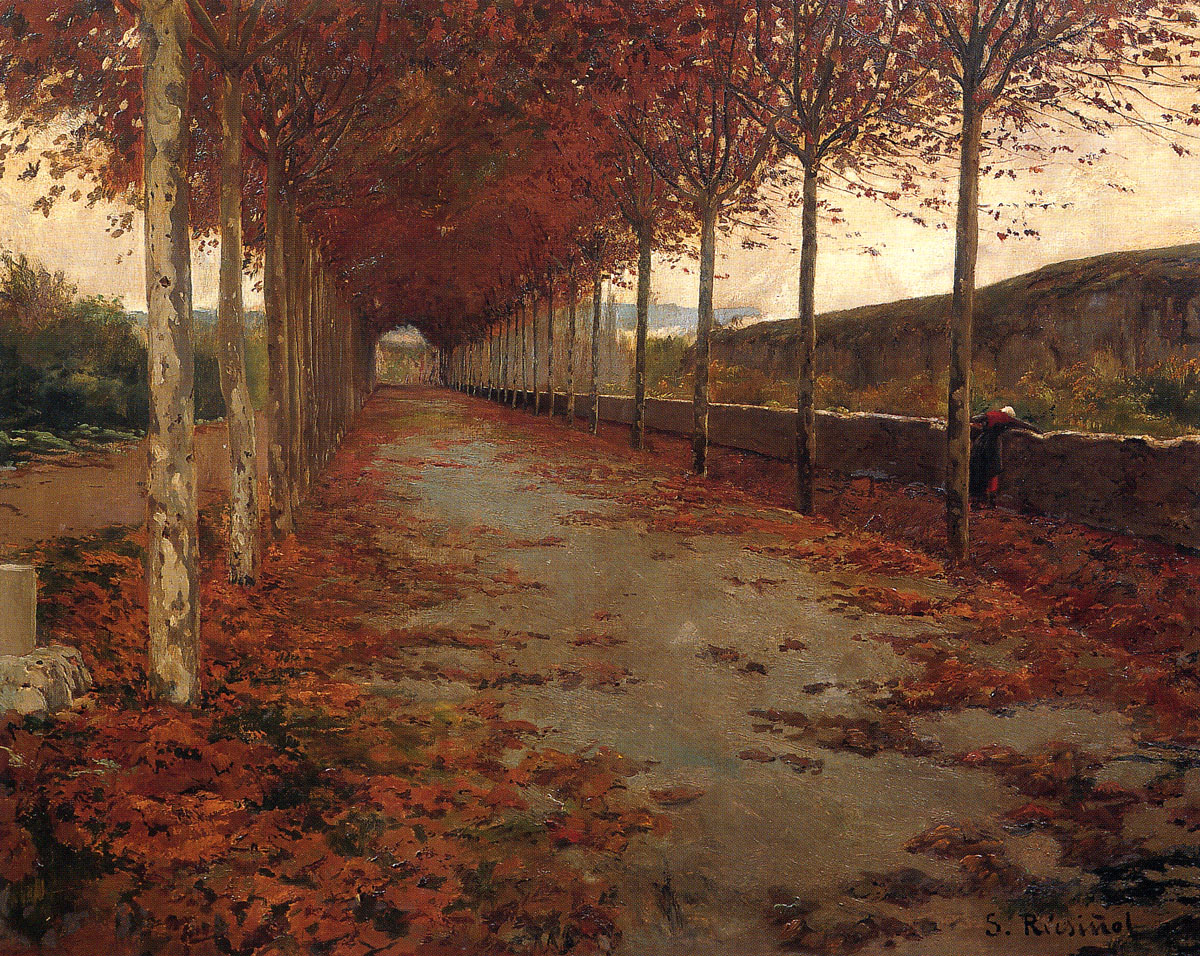 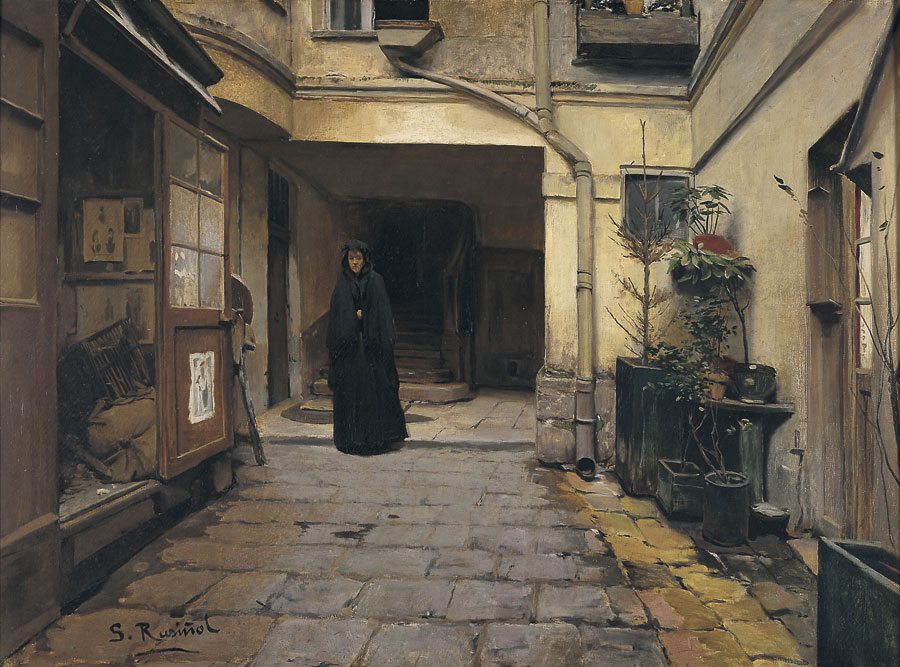 Casa de penhores - 1889
He did a few courtyard paintings as well. 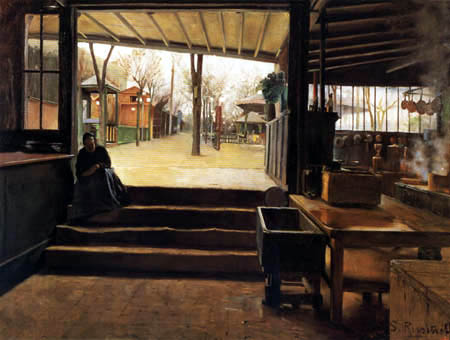 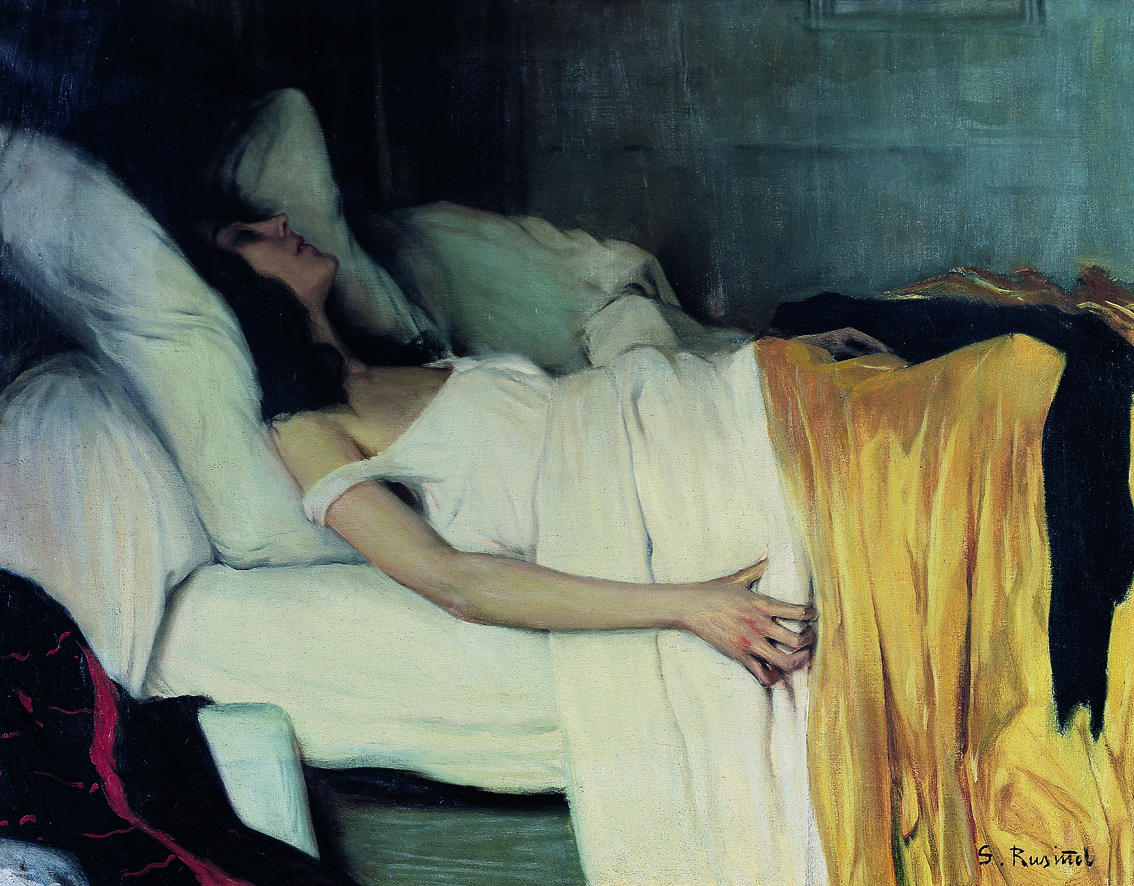 La morfinómona - 1894
He had another painting of the same setting titled "Before the Morphine.". 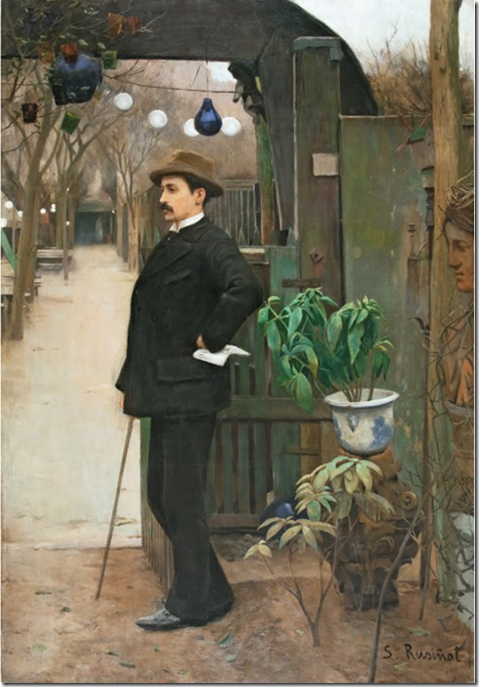 Miguel Utrillo - 1890-91
Utrillo was probably the father of cityscape modernist Maurice Utrillo, whose mother most certainly was model and painter Suzanne Valadon. 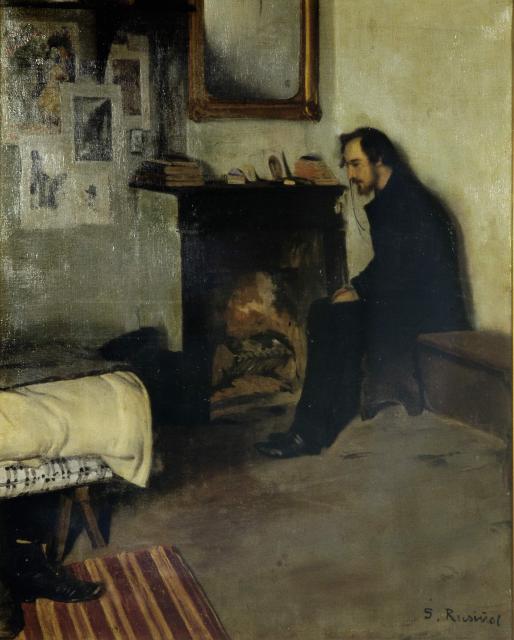 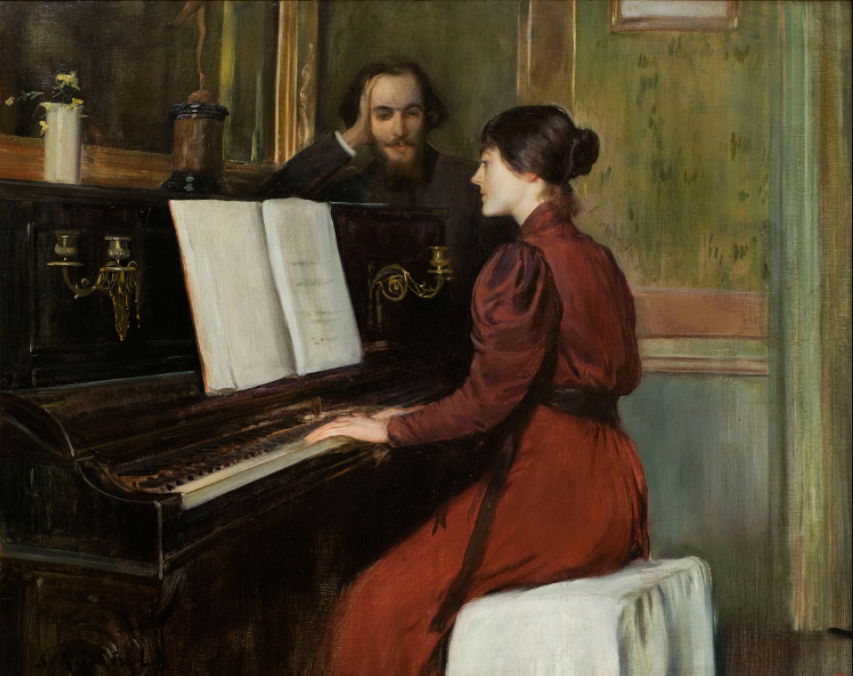 Romanza - 1894
And here he is with Suzanne Valadon, with whom he had perhaps his only serious affair.  For some reason Rusiñol has Suzanne at the piano (so far as I know, she didn't play piano) and piano-playing Satie as the observer. 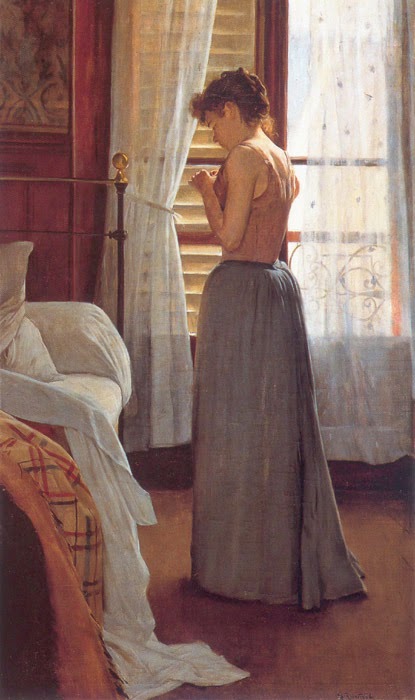 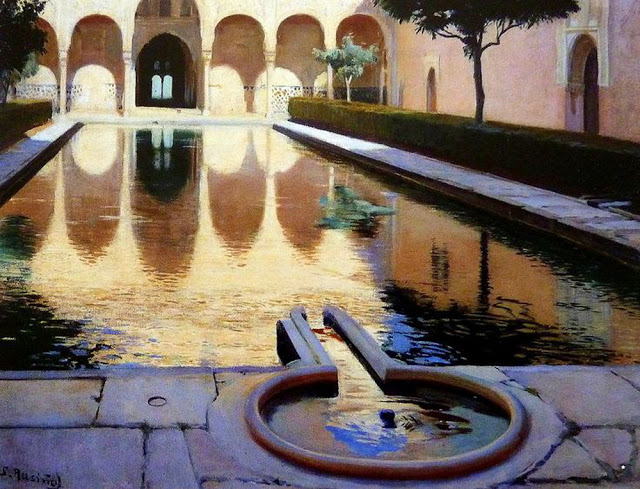 Patio de la Alberca, El Generalife Granada
What it looks like without the usual mobs of tourists.