Robert Mallet-Stevens (1886-1945) was born in Paris, but had strong Belgian roots. For instance, he was related to painter Alfred Stevens. This French Wikipedia entry on Mallet-Stevens has more detail than does the one in English, so I suggest you to have your computer translate it if your French is weak.

Most of the important work by "Rob." -- as he was referred to in France -- was done roughly 1923-1932. Considering the novelty of what Henry-Russell Hitchcock and Phillip Johnson (in their book and Museum of Modern Art exhibit of 1932) named International Style, Mallet-Stevens was kept suprisingly busy with many commissions. Besides architecture, both residential and commercial, he did interior design and designed sets for a number of films.

Although his architecture avoided explicitly decorative ornamentation (something verboten by modernists), his most important buildings exhibited a good deal of variation in forms of wings and other appendages. That makes them interesting and not as stark as some of the more pure examples of the style. Which is perhaps why the Wikipedia entry notes "L'apport de Mallet-Stevens n'a été pleinement apprécié que longtemps après sa mort. Même au-delà des années 1970, les historiens de l'architecture le considèrent comme un dandy ou un couturier." 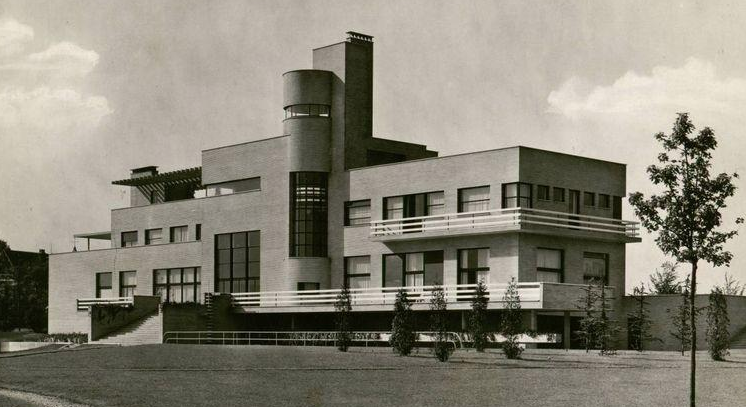 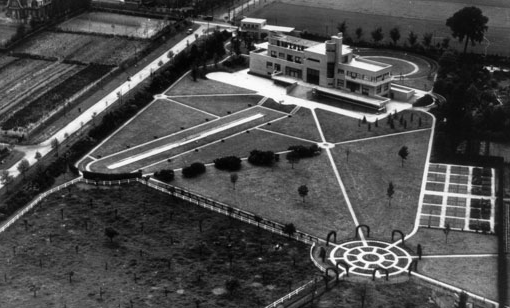 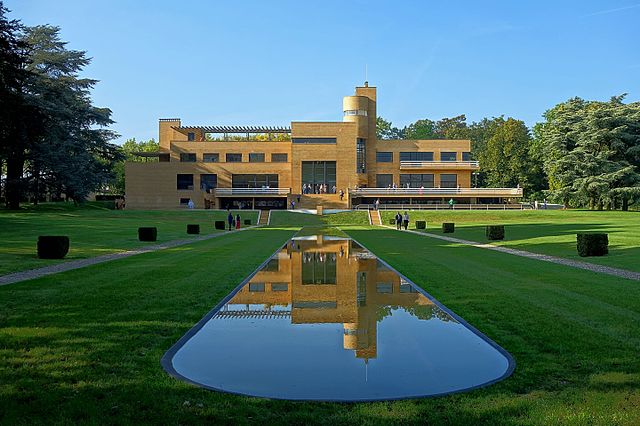 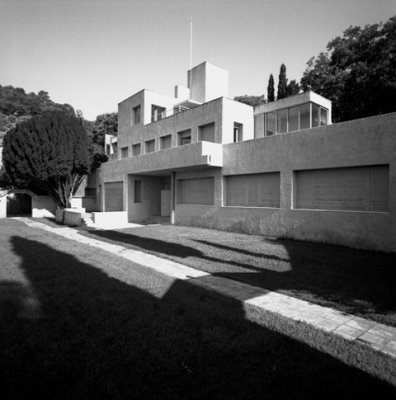 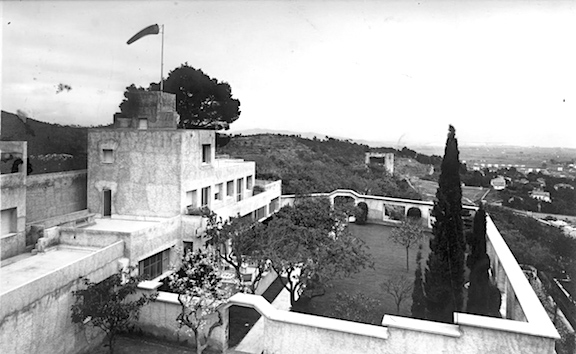 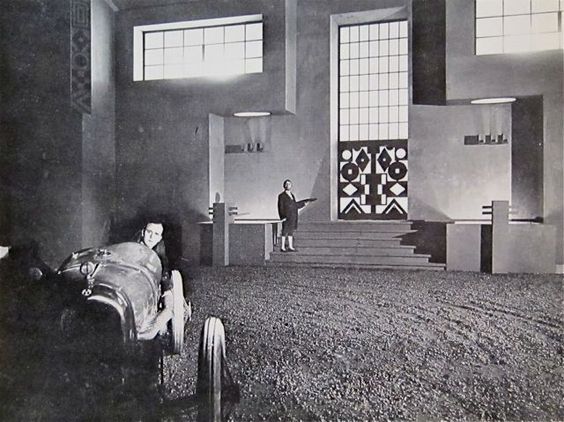 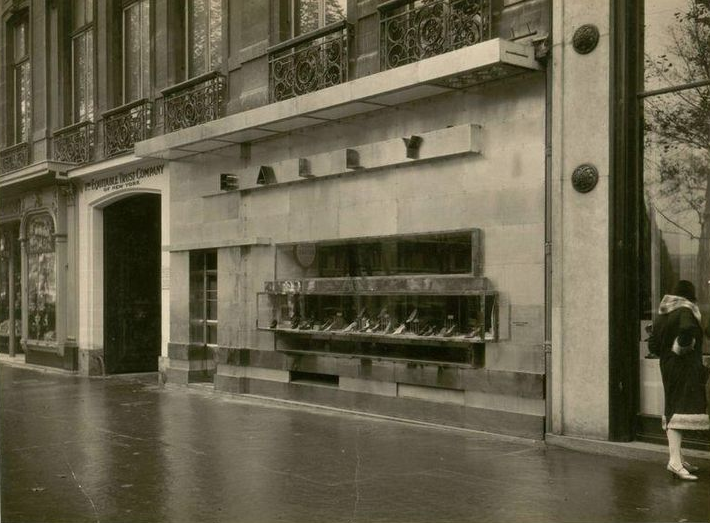 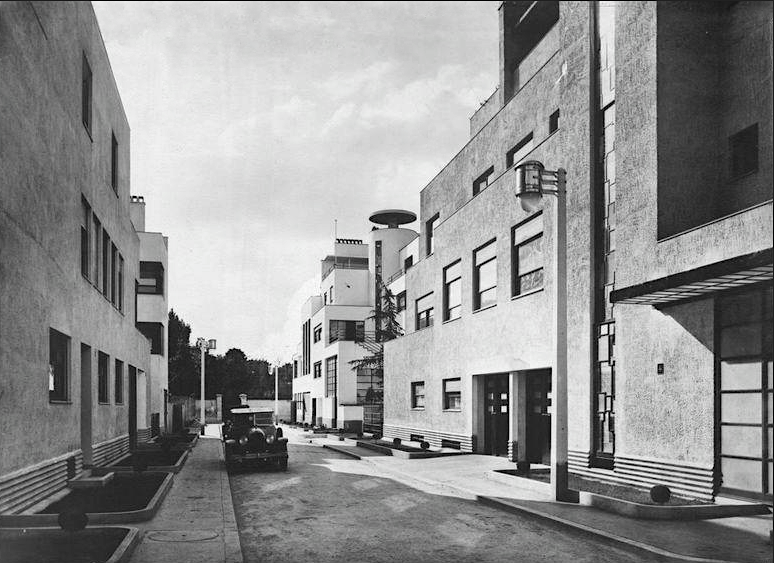 Rue Mallet-Stevens, early street view with Voisin automobile. This was a private street in the 16th Arrondissement, not far from the Musée Marmottan Monet. 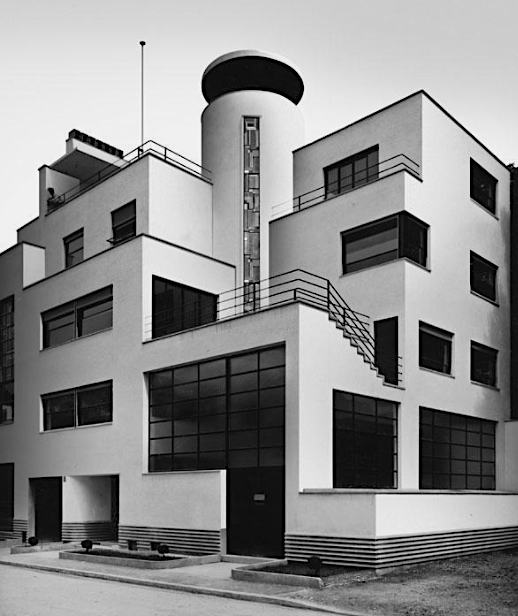 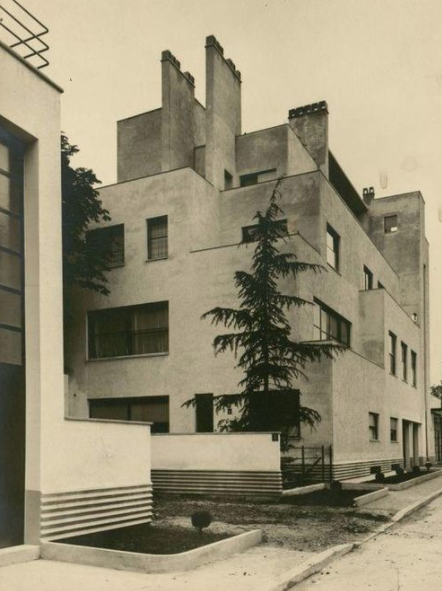 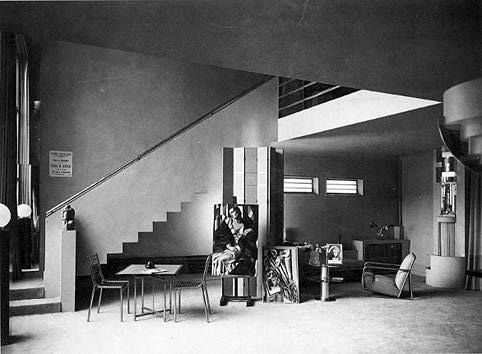 Who knew that Robert Mallet-Stevens had anything to do with my beloved Tamara de Lempicka's very modern and functional studio? Thank you