Gustave Moreau (1826-1878) was something of a Symbolist whose later painting style is a taste I can't seem to acquire. Your reactions to him might well differ.

Background on him and his career is here.

The Hammer Museum in the Westwood district of Los Angeles and affiliated with nearby UCLA holds one of his most important works,"Salome Dancing to Herod." This subject, and the closely related one of John the Baptist's head, have been grist for many artists over the centuries. It can be interesting to compare their interpretations, but for the purposes of this post, the focus is Moreau's version of the dance.

The museum had an exhibit in 2012 related to the painting, and here is the Los Angeles Times' art critic's reaction to it.

I visited the Hammer in 2010 and took a few photos of the painting. 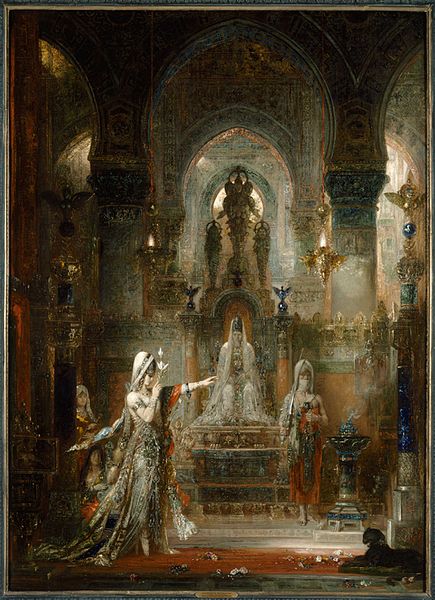 This is the museum's image of the painting, I think. 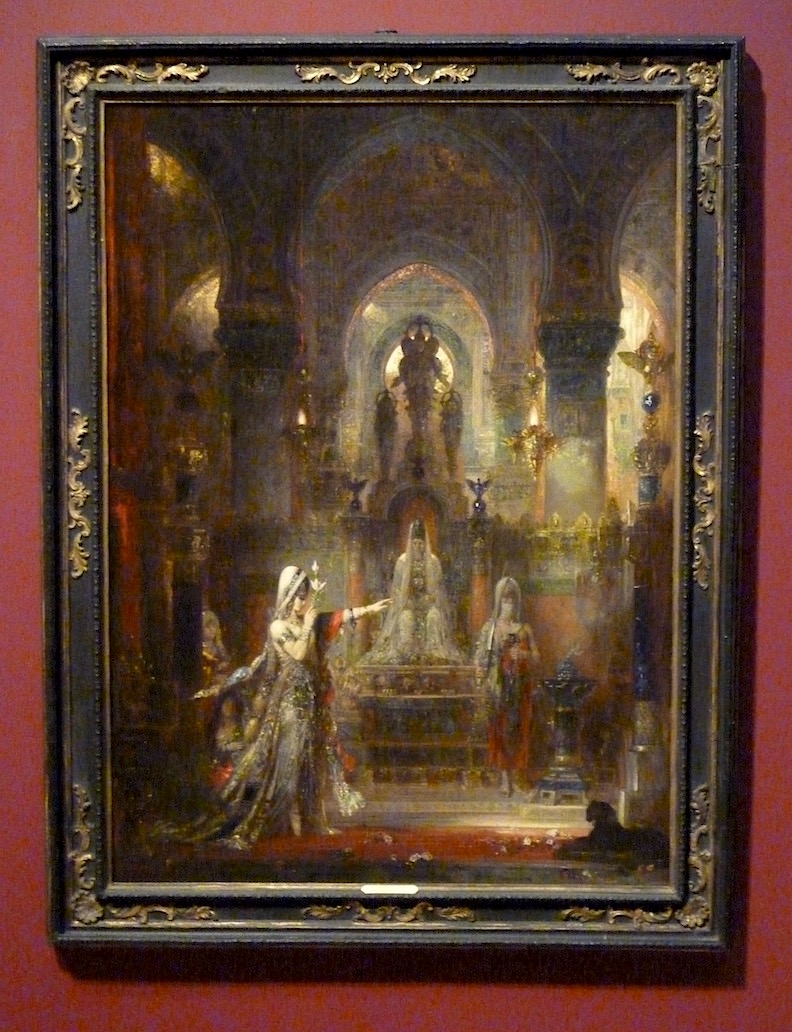 Here is my establishment shot showing how my camera captured it given the lighting conditions at the time. 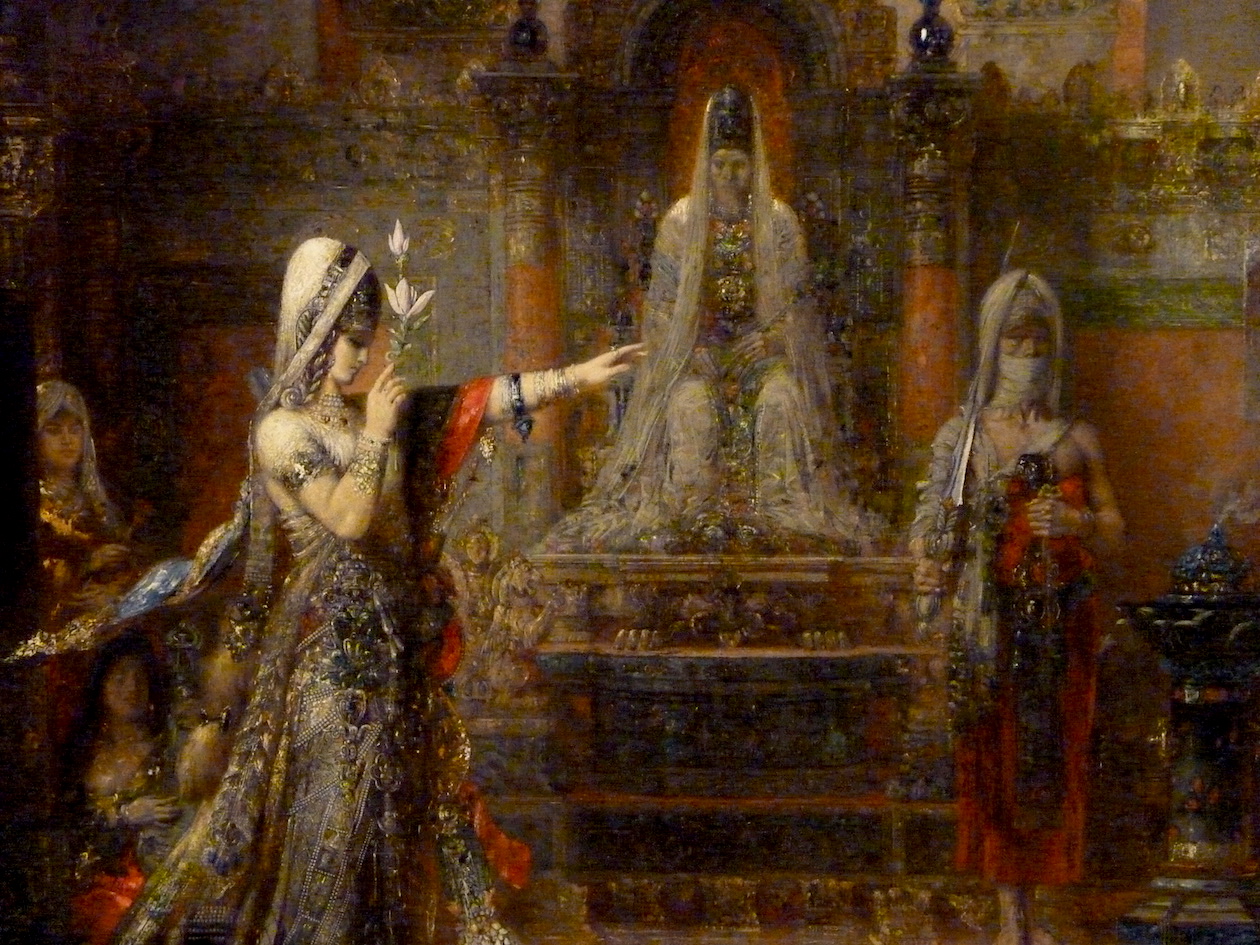 Detail view showing the main characters. Salome's dance seems pretty static, according to Moreau. Click on the image to enlarge. 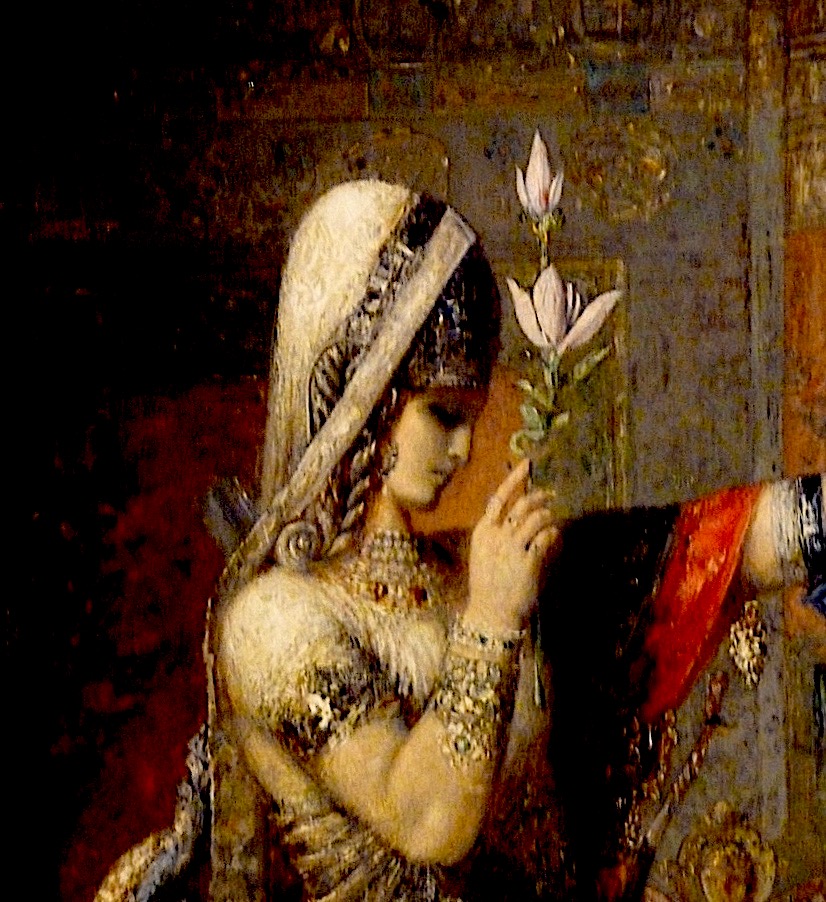 Close-up of Salome. Her headdress is oddly shaped and makes her face seem somewhat flat. I'm no expert on ancient costumes, so I don't know whether or not this was Moreau's invention. Note that the woman to the other side of the king also has a high headdress.

My photo was slightly out of focus, as often happens when in museums using automatic mode. I tried to sharpen things, but it's not worth enlarging this because it's still a bit blurred.
Posted by Donald Pittenger at 1:00 AM

Also her left arm seems way thicker than the right one.