Alden McWilliams (1916-1993) was one of those comparatively rare comics artists of his generation who could draw people convincingly. I wrote about his work on the Twin Earths comic strip here. Some biographical information can be found here and here.

One of McWilliams' projects was creating content for Tom Corbett, Space Cadet comic books. For detailed information about those comic books, click here.

McWilliams did cover art for eleven of those comic books, but interior art for only the first three. Those were issued February, May and August of 1952, which suggests that he did his work from the late summer of 1951 into the winter of 1952 (considering production lead-times). His Twin Earths daily comic strip debuted 16 June 1952, so he probably began working on it no later than early April of that year. Therefore, if there was any overlap for those projects aside from creating covers, it was minimal, so McWilliams could maintain the high quality of his work.  A strong possibility is that he chose to drop doing Space Cadet interior content when he got the Twin Earths gig: otherwise, he might have contunued Space Cadet.

Tom Corbett, Space Cadet started as a television show that began airing in 1950 and later bounced around several TV networks. This meant that the comic books had to portray the characters as personified by the show's actors. That is, McWilliams was doing portrait art as part of comic book art.

Below are some scans I made of the second and third issues of the comic book. They include the cover, one interior colored page and one page without color (the latter was always on the inside cover). Click on the images to enlarge. 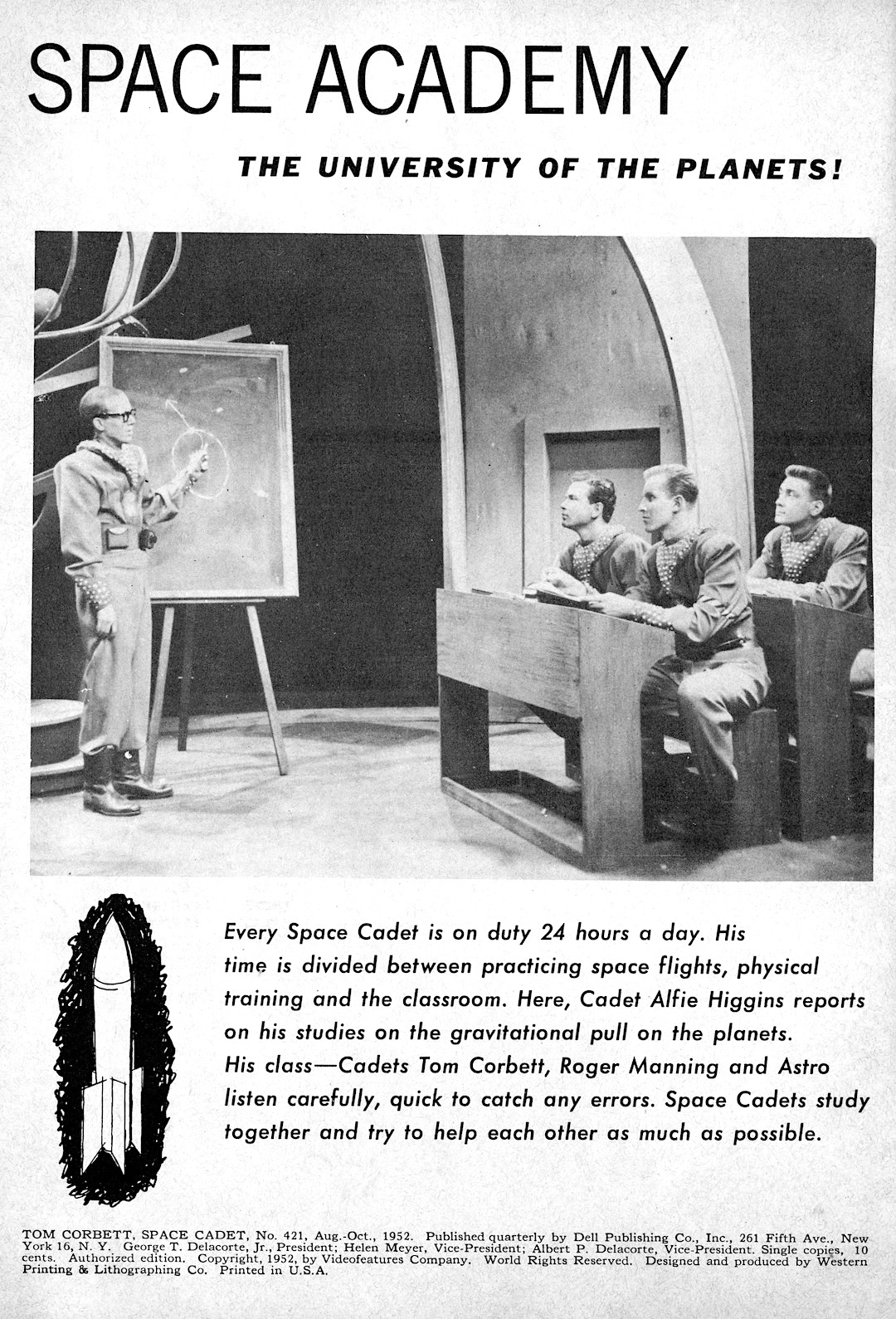 Inside cover of the August 1952 issue. It shows the leading cast members of the TV show who McWilliams had to depict convincingly in the comic books to satisfy fans. 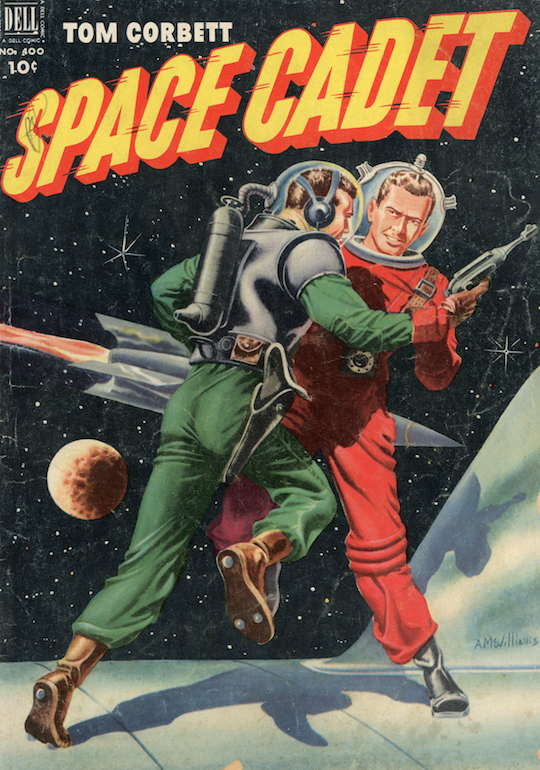 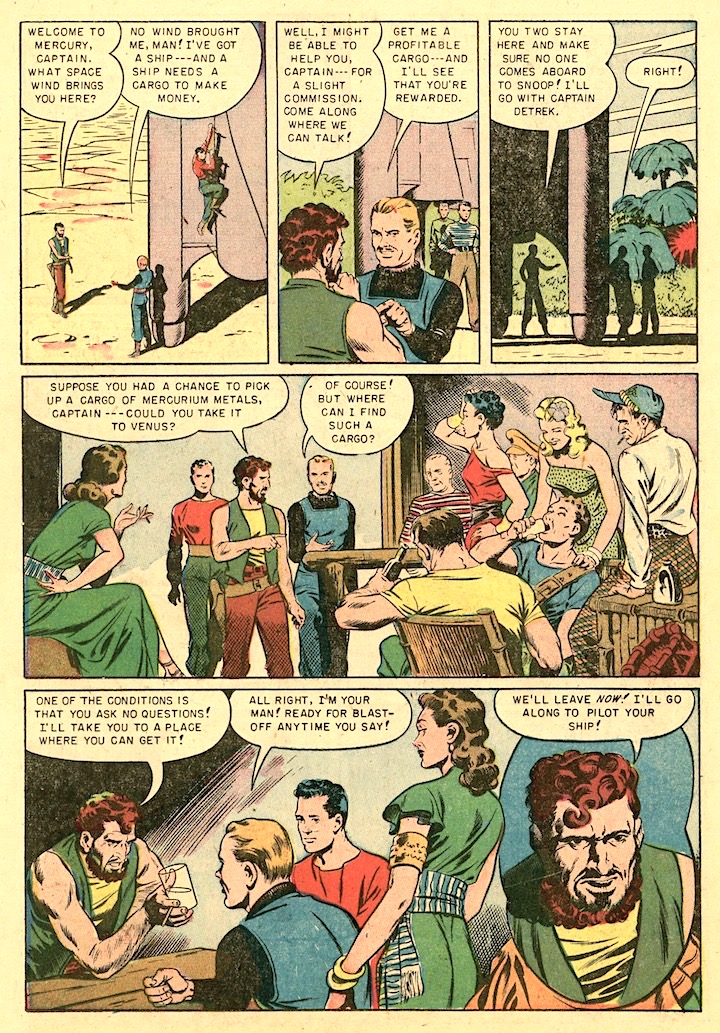 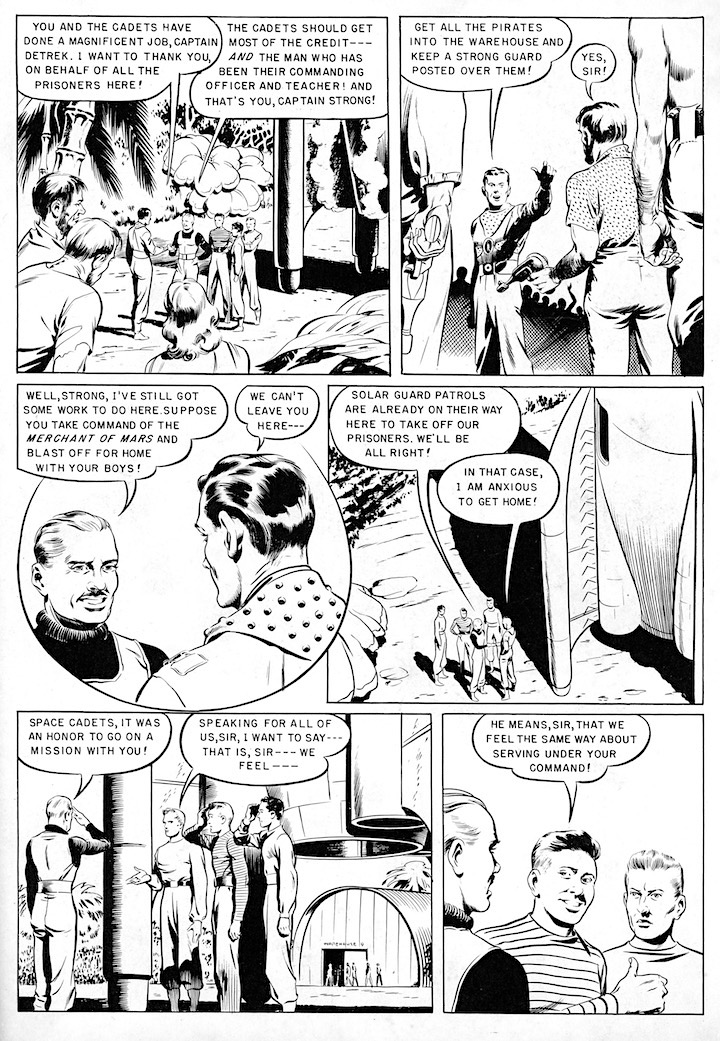 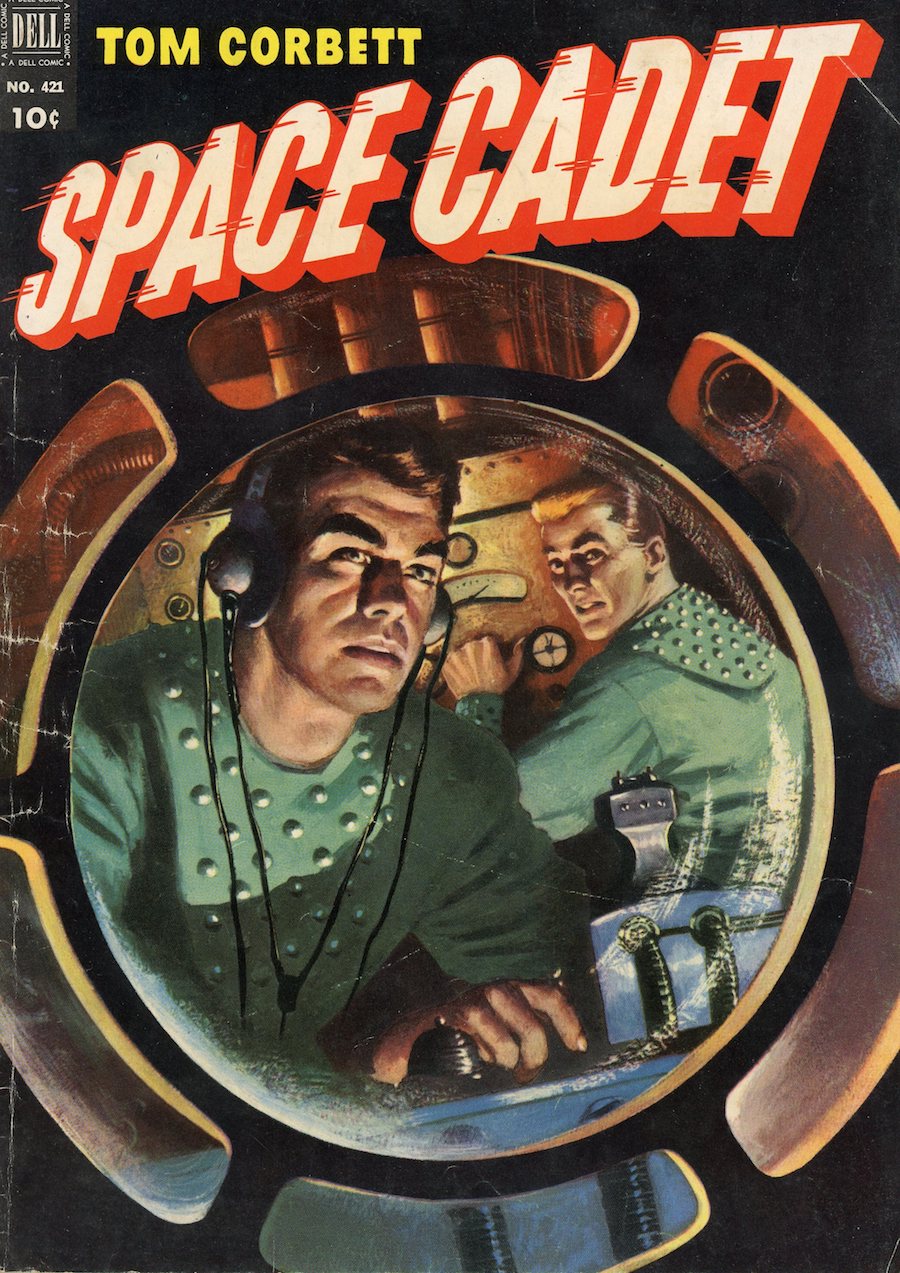 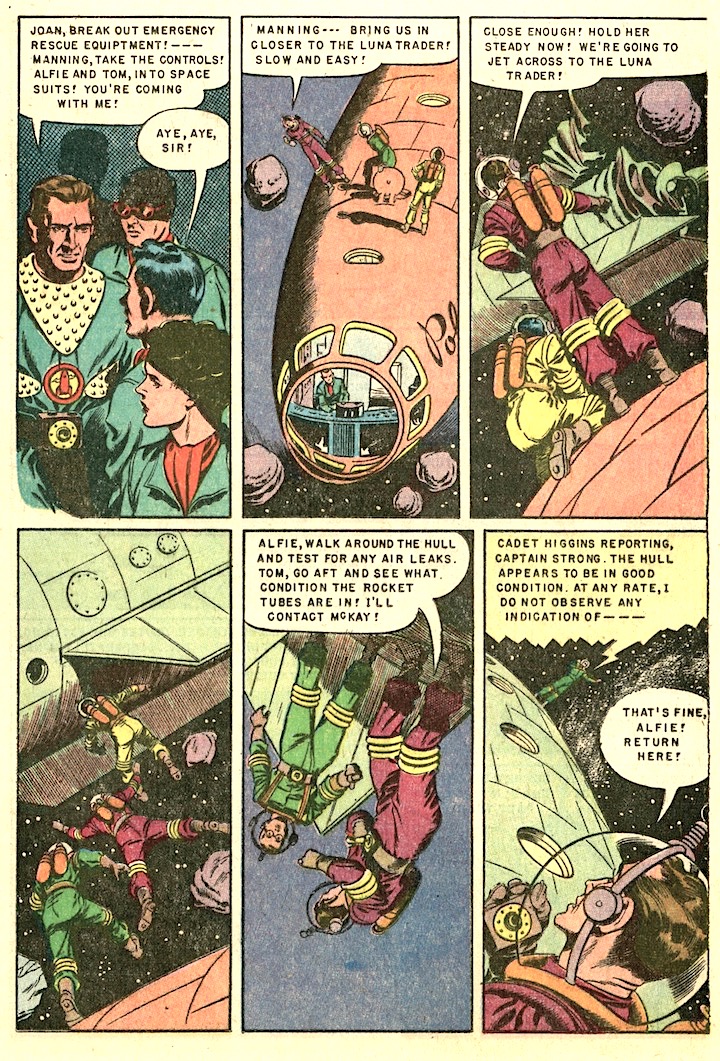 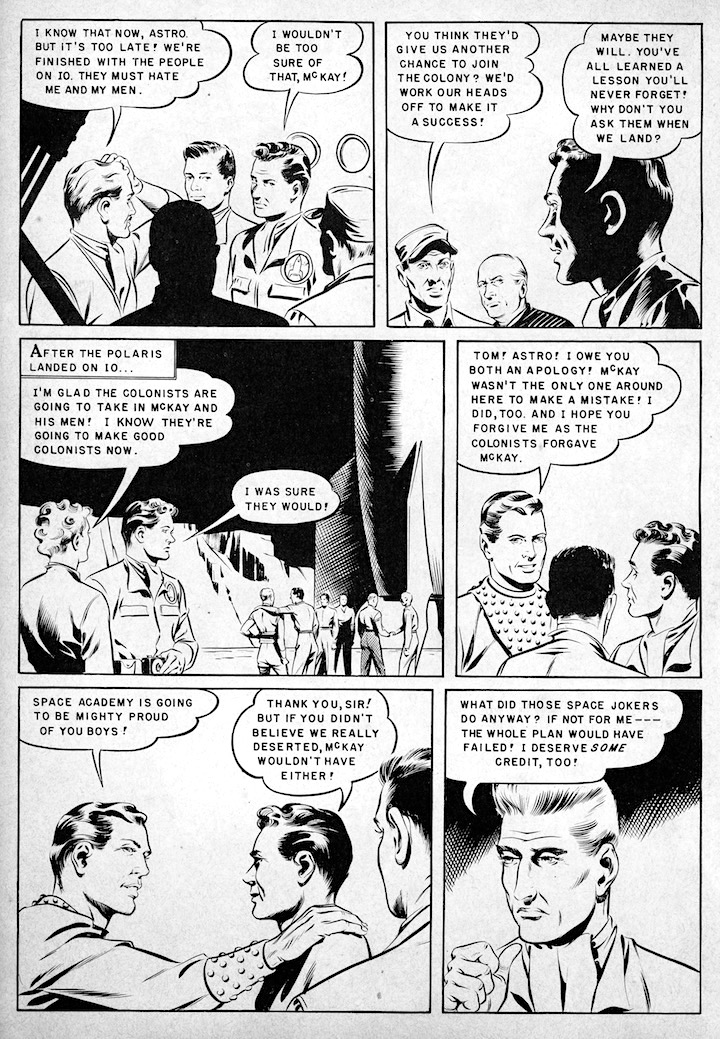