Cigarette makers haven't been allowed to advertise in publications or broadcast media in the United States for a long time now. Before that, cigarettes were heavily advertised and a number of well-known illustrators helped put food on their tables by working on those ads.

The glory years for this lasted from the mid-1920s into the early 1930s. After that, though some cigarette advertising was illustrated, photography had largely taken over in an effort to have readers relate better to celebrity or glamorous smokers featured in those ads.

Although some variation in taste was possible via blending tobaccos from different sources (Egypt, Turkey, the American South), cigarettes are to a considerable extent a commodity. Therefore, most advertising themes in those days featured distinguished, older, rich-appearing people and, more often, attractive, youthful smokers in sophisticated settings. Earlier ads often used illustrations of exotic scenes from tobacco growing countries, while later ads sometimes used photos or illustrations of supposed physicians stressing that cigarettes had health benefits. Still, lifestyle themes predominated until the end.

Here are some cigarette ads from that era. 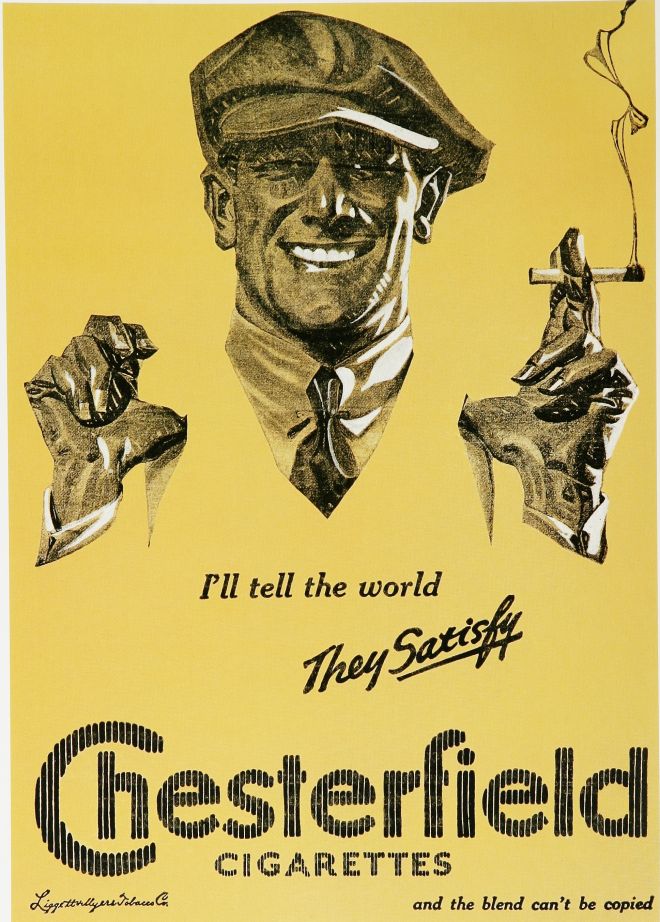 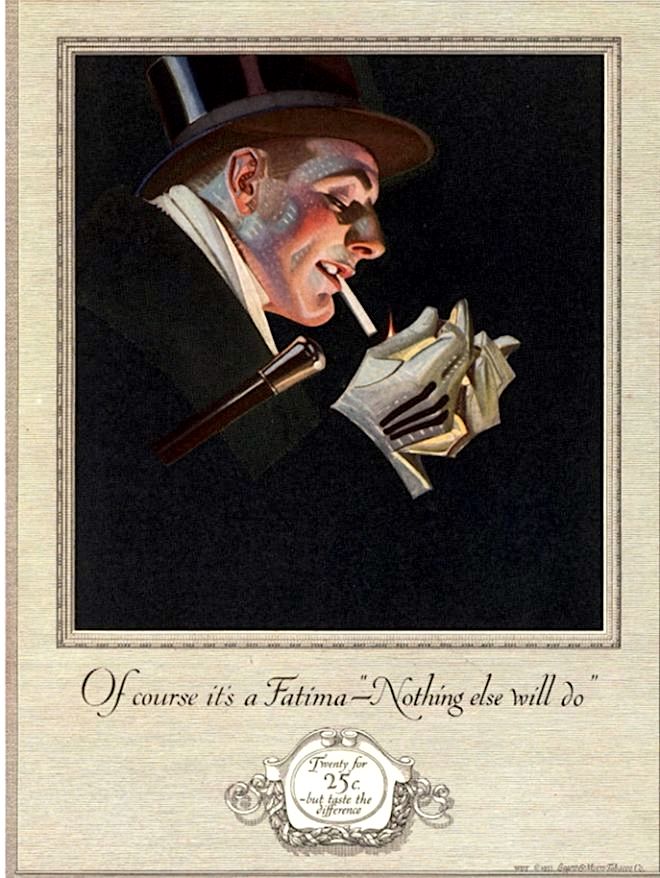 These first two examples are unsigned, but clearly illustrated by J.C. Leyendecker. 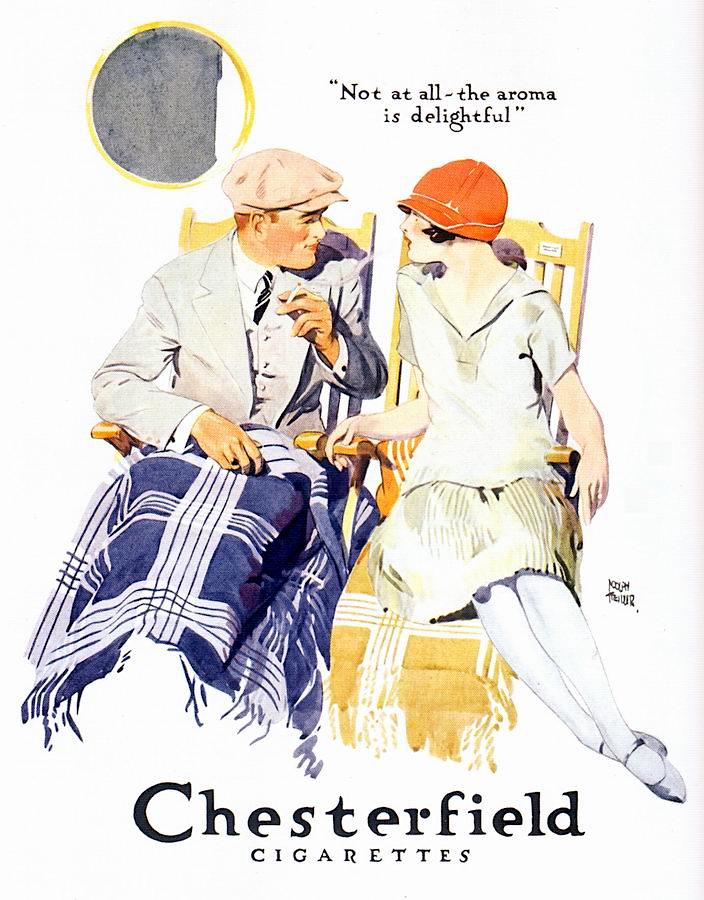 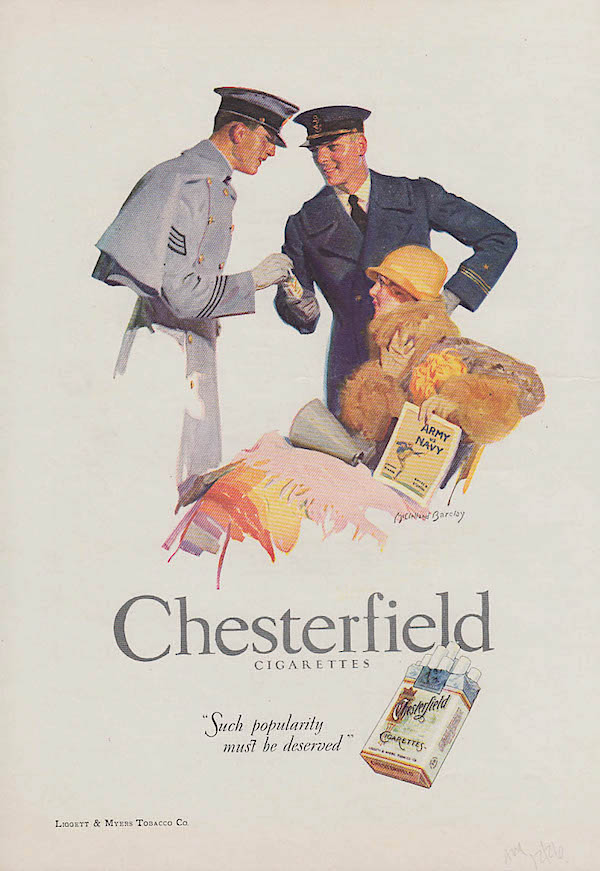 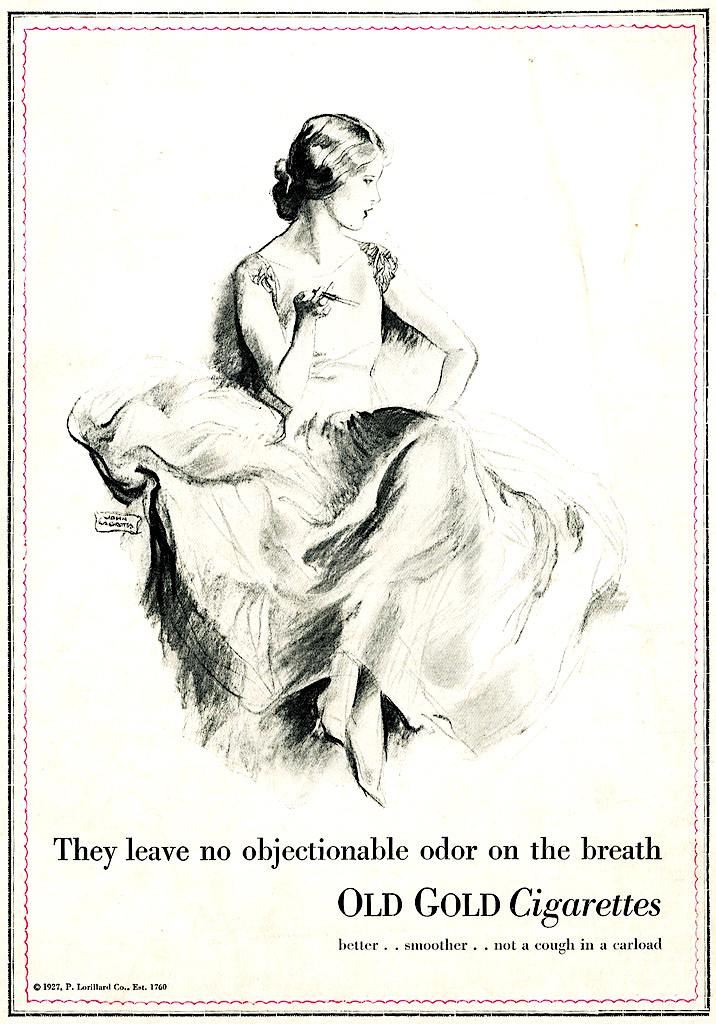 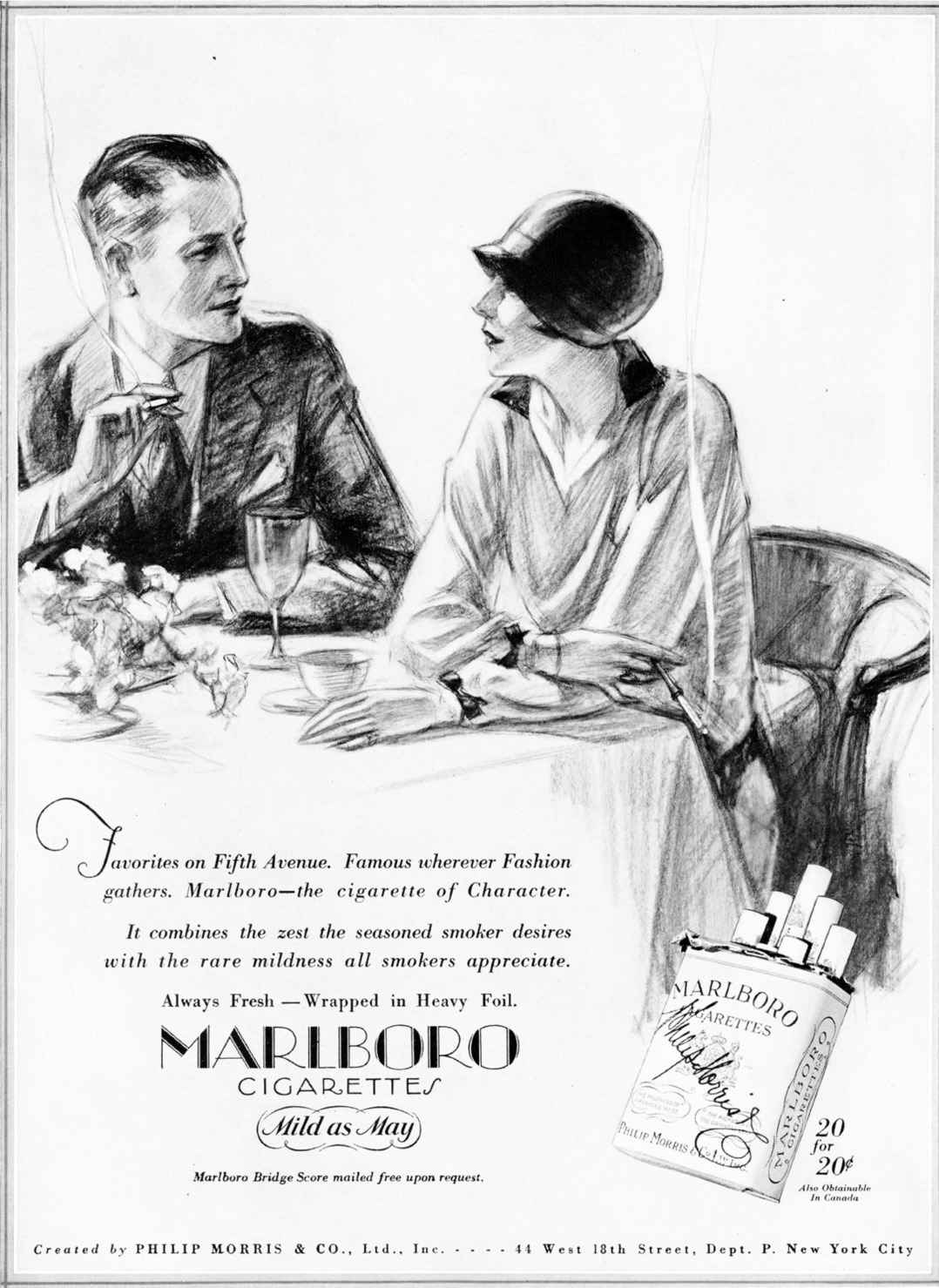 This is unsigned. The lady is nicely done ... not so much the man, who seems a bit strange but supposedly sophisticated. 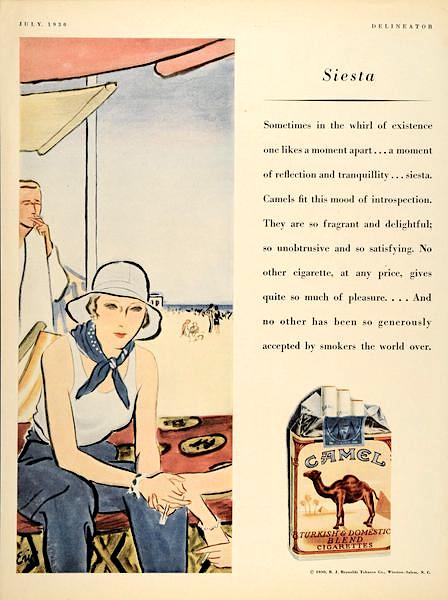 Now for some early 1930s ads. This is by ace fashion illustrator Eric (Carl Erickson). 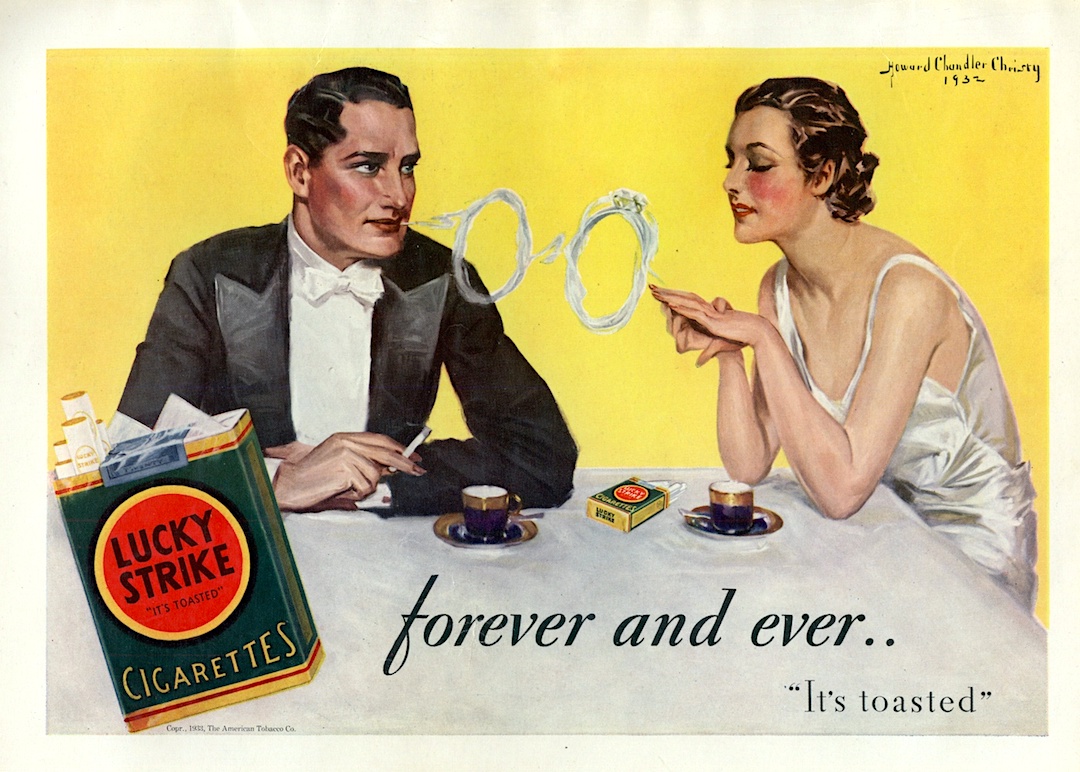 Art by Howard Chandler Christy, another case of a nicely done woman and a strange man. 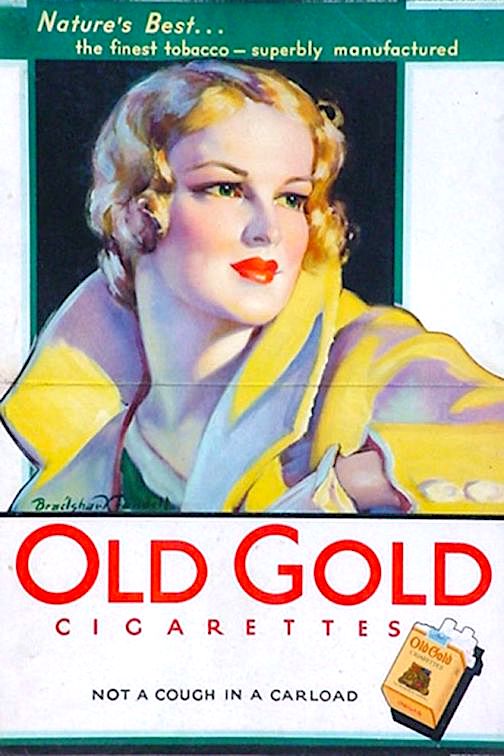 By Bradshaw Crandell who specialized in depicting pretty faces. 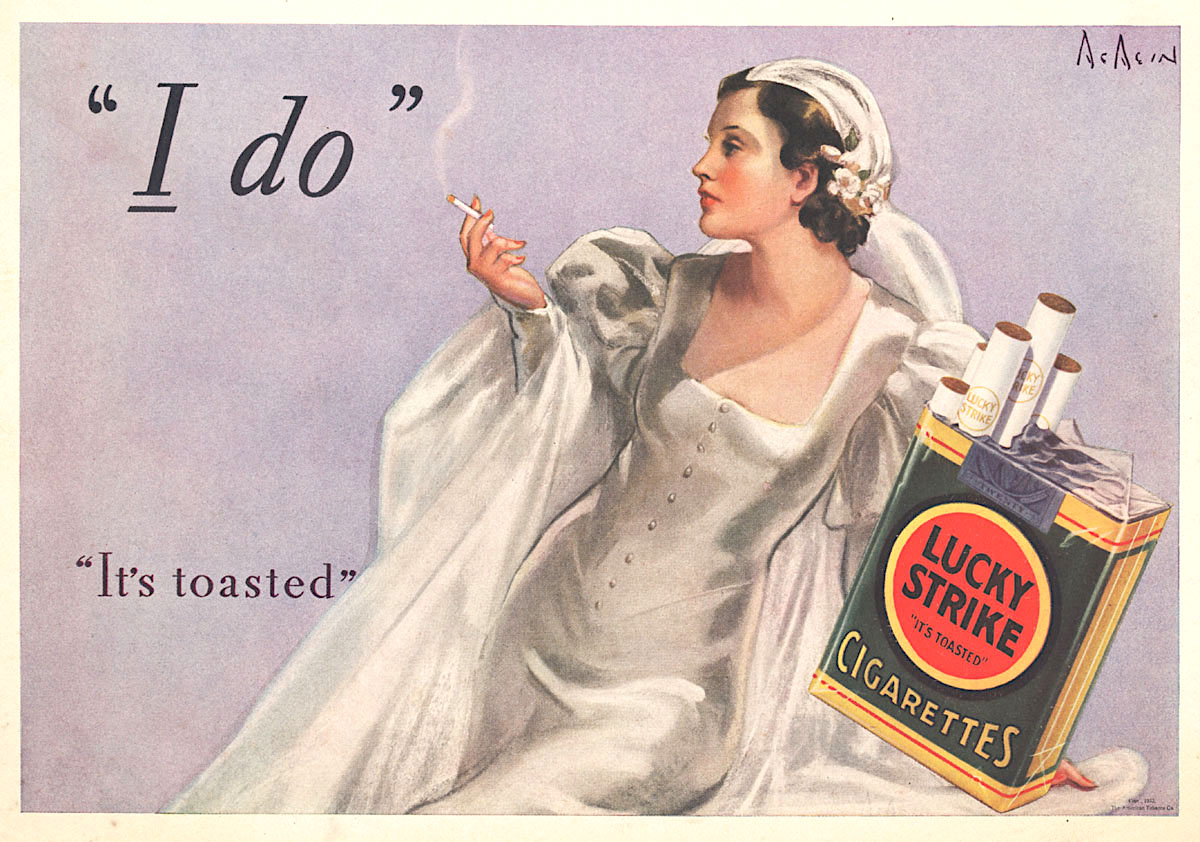 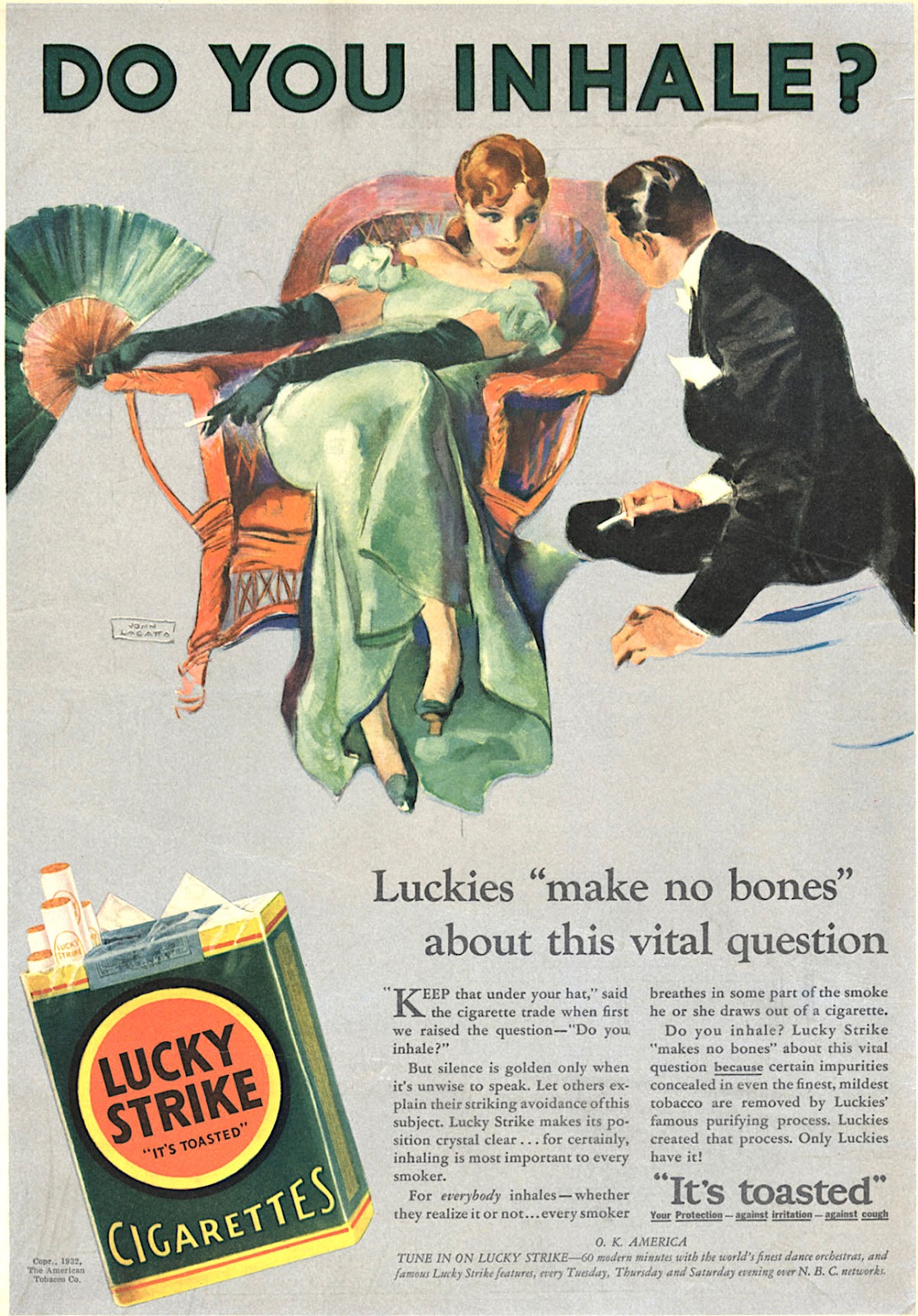 Another illustration by John La Gatta. Note the theme. The slogan was repeated in a series of ads.
Posted by Donald Pittenger at 1:00 AM

Despite personally loathing the smell of cigarettes, I have to admit that some of these ads were extremely enticing. The young women look young, sexy and confident!