Some London Architecture 1912 and Recent

Some European cities have chosen to keep large Modern and Postmodern buildings separated from their core areas that contain premodern architecture. Examples that come to mind are Paris (to some extent), Vienna and Prague. Other cities allow large glass-and steel structures. Berlin, for instance, has its horrible Potsdamer Platz, while Frankfurt-am-Main has hosted skyscrapers for many years now. An important reason for Frankfurt's choice besides the factor of war damage to its previous architecture is because it is the financial center of continental Europe. Lots of floor space was needed, so building up made sense.

The same applies to London, another world-class financial center that's focused in the City. The City and the Canary Wharf area downstream in the old Docklands district are where London's flashy contemporary architecture is largely concentrated. Much of the rest of the central area has preserved its old character, thank Heaven.

Aside from Sir Christopher Wren and Sir Edwin Lutyens, I find it hard to quickly come up with names of outstanding British architects. I'm sure I could do a little research and identify a few more. Nevertheless, the country lacks a reputation for outstanding architectural design when compared to other places in Europe and the USA. Some of London's new buildings were designed by architects from other countries, but the results strike me as being generally second-rate even in the Postmodern context. Makes me wonder why this characteristic persists.

To illustrate this, below are photos of two government-related building completed around 1912 along with some views along the Thames River where construction a century later appeared. 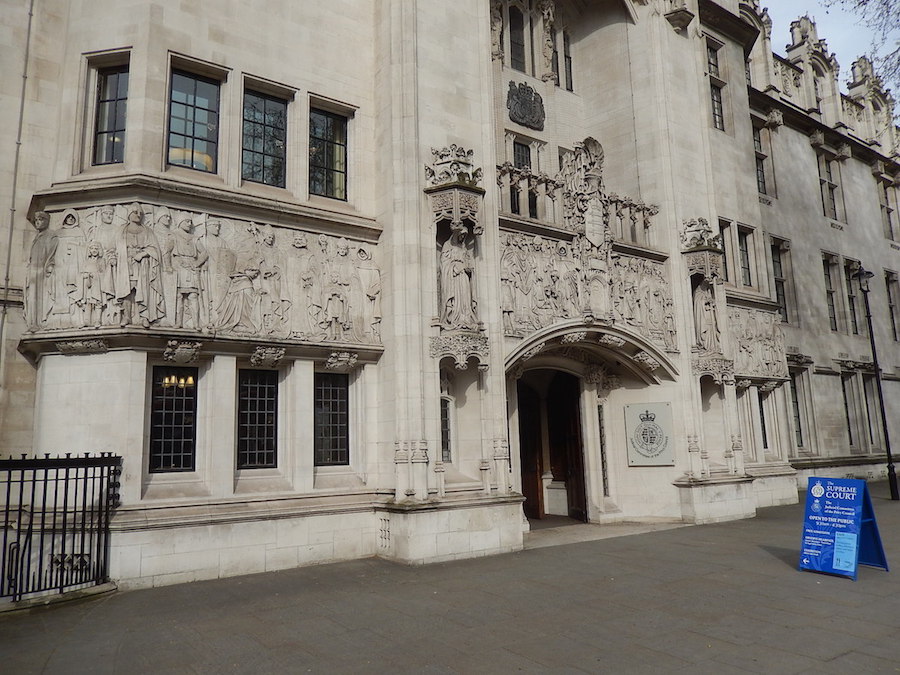 This shows the entrance area of Middlesex Guildhall, home of the Supreme Court of the United Kingdom. It is located across the street from Westminster Abbey. A nice touch is the contrast between the dense sculpting and nearby plain surfaces. 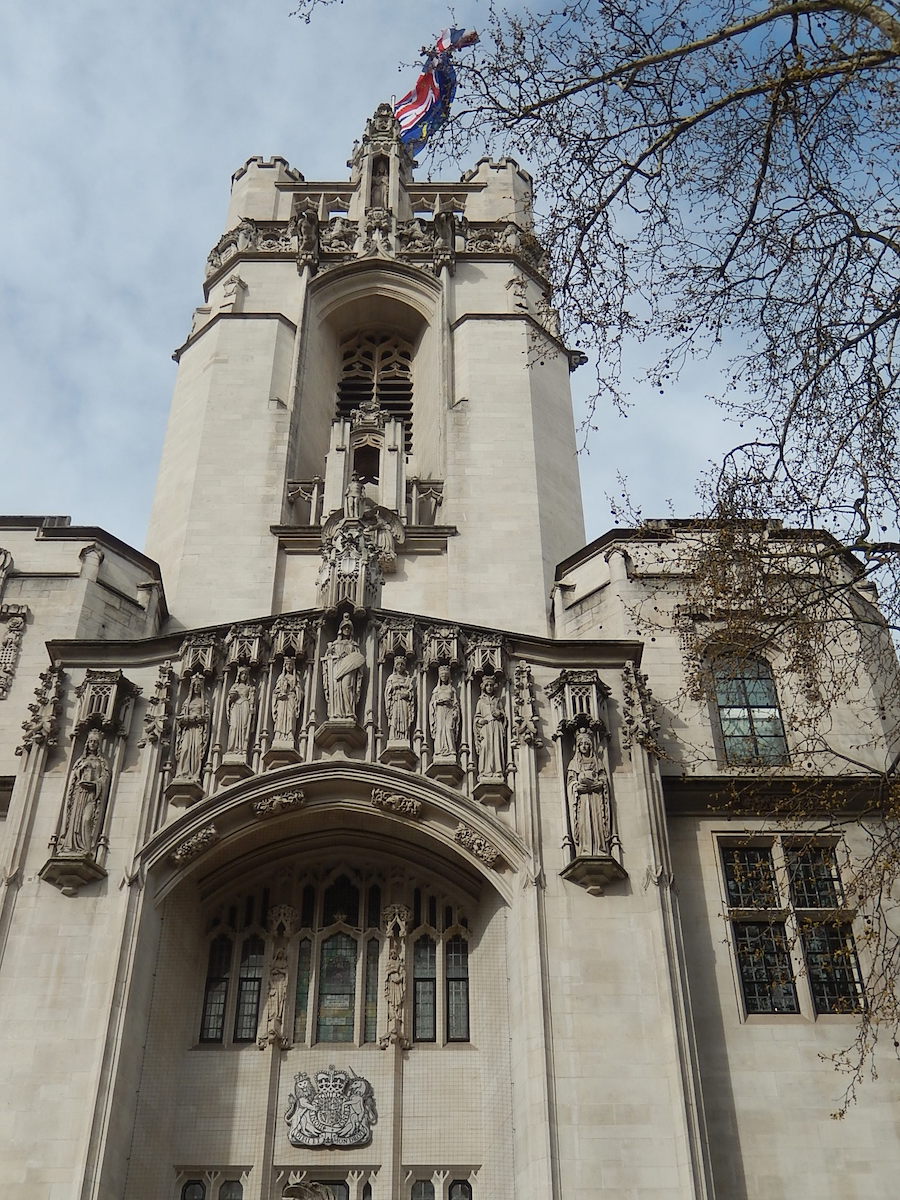 Looking upwards the effect is reminiscent of entrances to Gothic cathedrals. Perhaps the intention was to relate the building to the nearby Abbey. 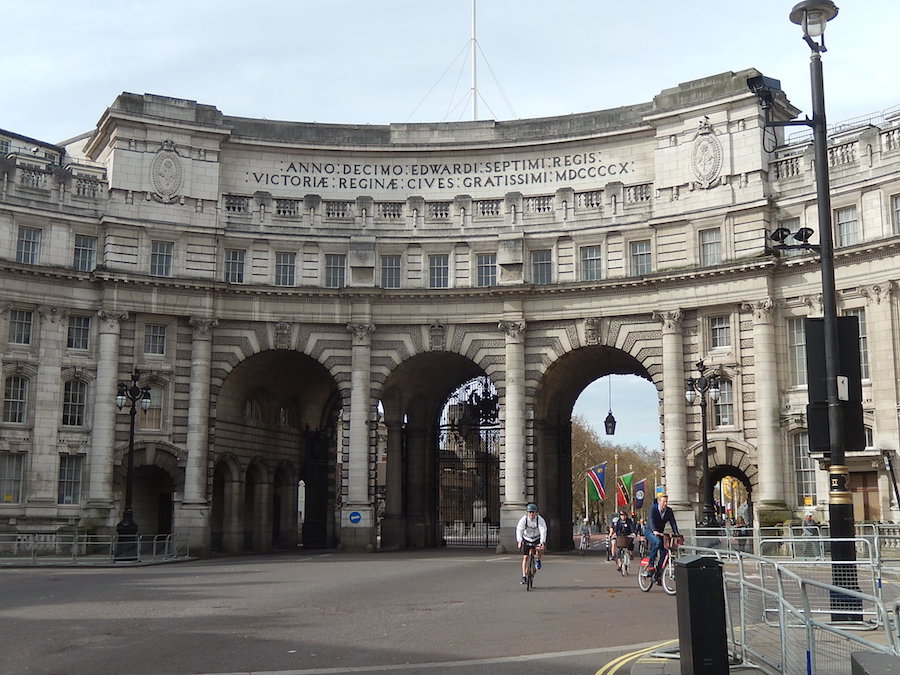 This is Admiralty Arch linking The Mall and Trafalgar Square. Ornamentation is much more dense than on the contemporaneous Middlesex Guildhall. It is unusual in that it combines the features of an arch (that is usefully placed) and an office/residential building (at one time the Admiralty's First Sea Lord resided here). 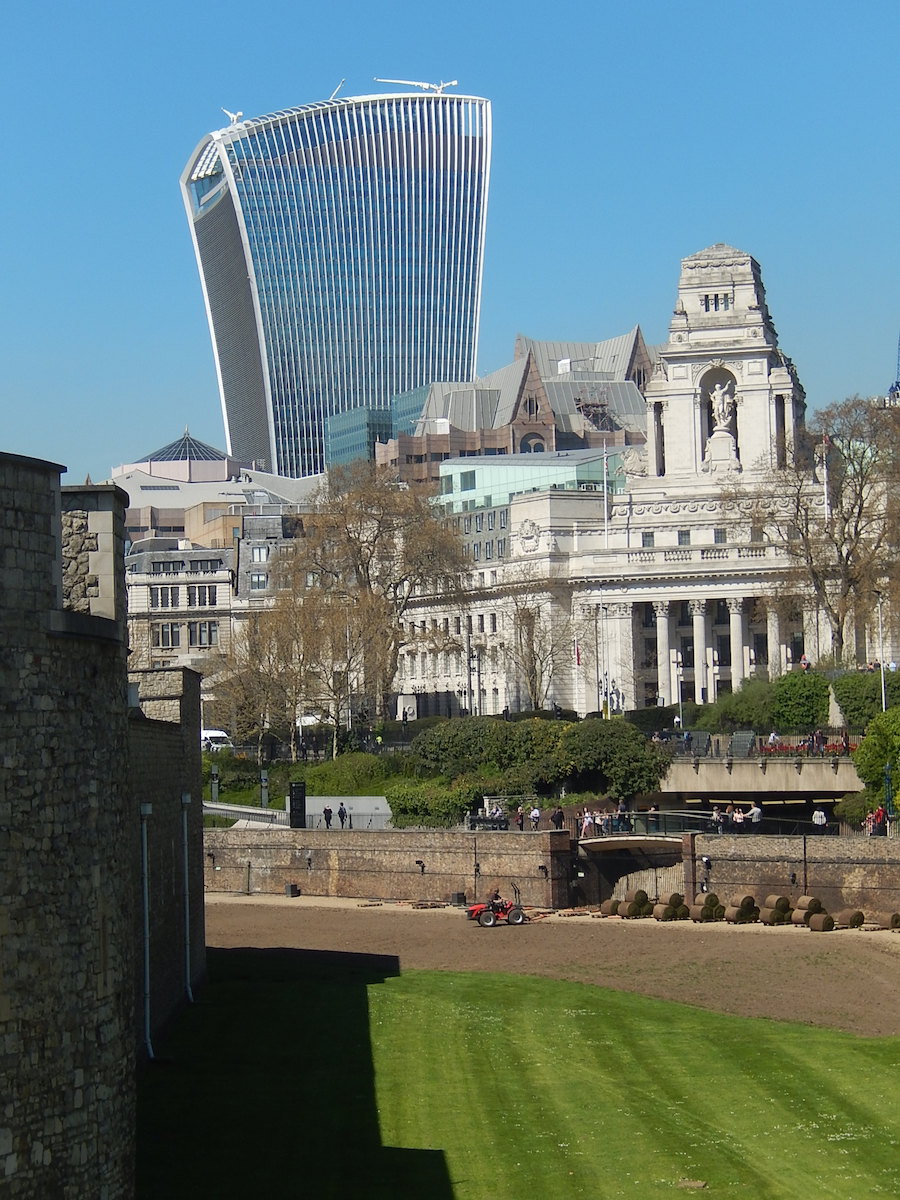 The dark, shaded structure to the left is a wall of The Tower of London. The classical facade beyond the park belongs to 12 Trinity Square. And the large, Postmodern structure in the distance is 20 Fenchurch Street, popularly known as the Walkie-Talkie (named after a American World War 2 communication device). 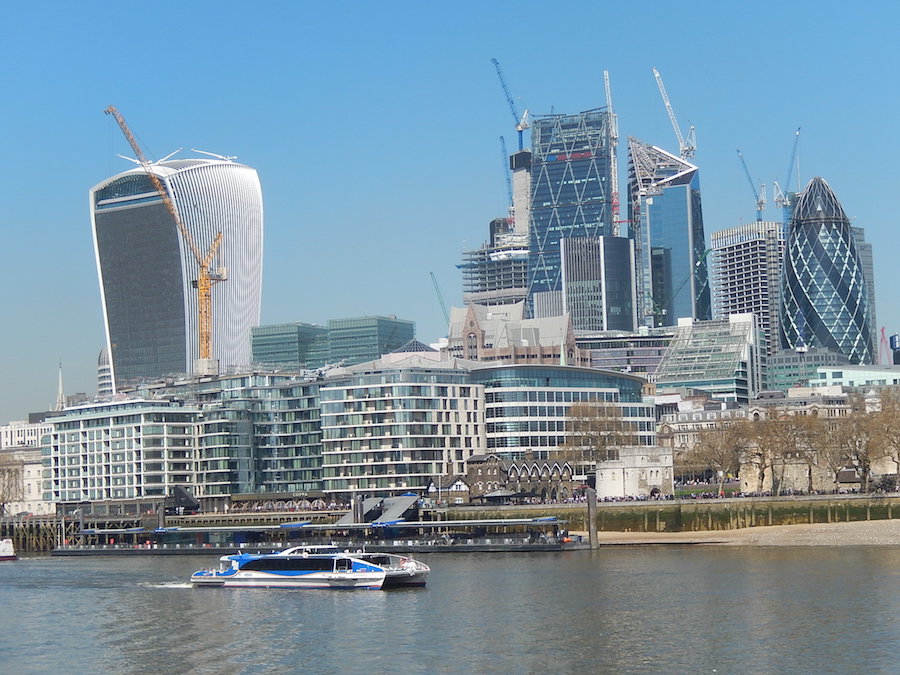 The Walkie-Talkie and other new City buildings as seen from across the Thames. 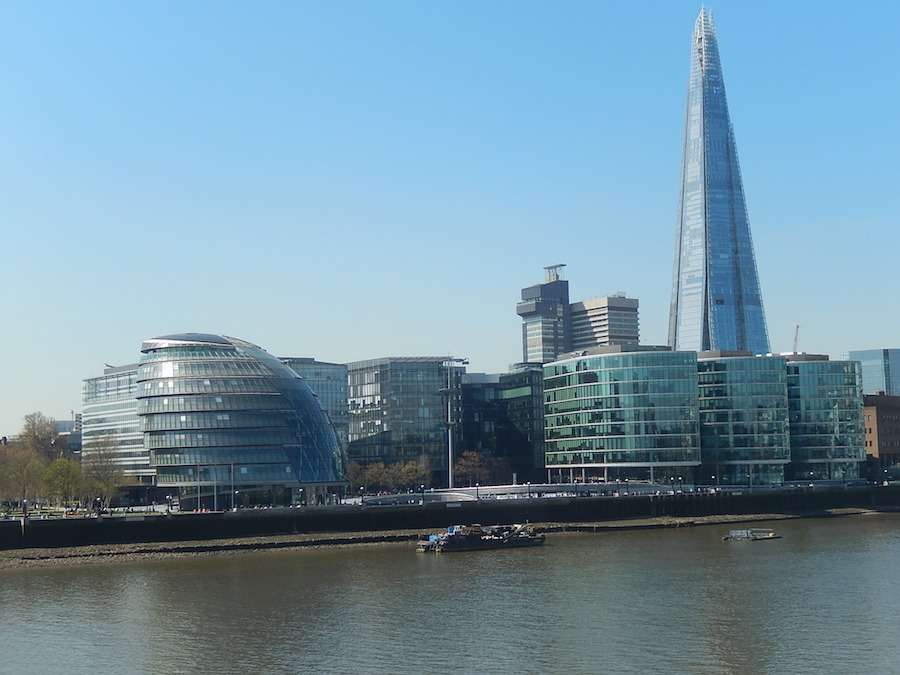 A little farther upstream towards London Bridge we find this view. the tall structure is called The Shard, and it's the tallest building in London. The designer is the well-known Renzo Piano. No doubt, as witnessed by the seemingly inefficient floor space, the building was intended to make a statement. I think the current building-as-sculpture fashion is not a large improvement over the rectangular box style of 1950s-1960s New York City, but it's what those independent architectural minds see fit to design these days. I think the Shard's best feature is the treatment at its top where the machinery area is screened by latticework.
Posted by Donald Pittenger at 1:00 AM