Who Was Illustrator August Bleser, Jr.?

August Bleser, Jr. (1898-1966) was an illustrator active during the 1920s and 30s and probably beyond, for whom I can find no biographical information on the Internet. Well, I dug five pages into Google and was seeing a lot of extraneous items, so the odds of hitting research paydirt were getting pretty slim. About all I could find were his birth and death years.

On the other hand, Google turned up quite a few examples of his work. Information as to where his illustrations were published was skimpy, but it seems to me that he appeared in magazines a notch down from the Saturday Evening Post -- the holy grail for illustrators in his time. That's because many of his works on the Web are in color, something third and lower tier publications could seldom afford aside from cover art.

I rate Bleser as being entirely competent in the context of 1920-1940 magazine illustration. But as I've mentioned at times, there was plenty of competition, including illustrators who were slightly better and had more recognizable (and therefore salable) styles. 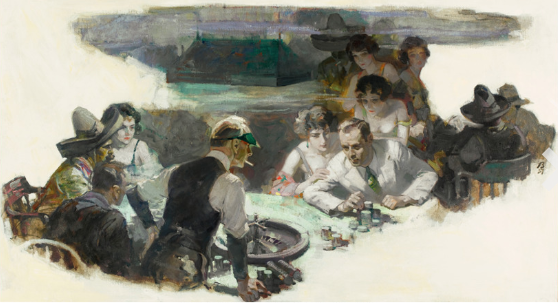 The Casino - 1927
Vignette style was popular then. 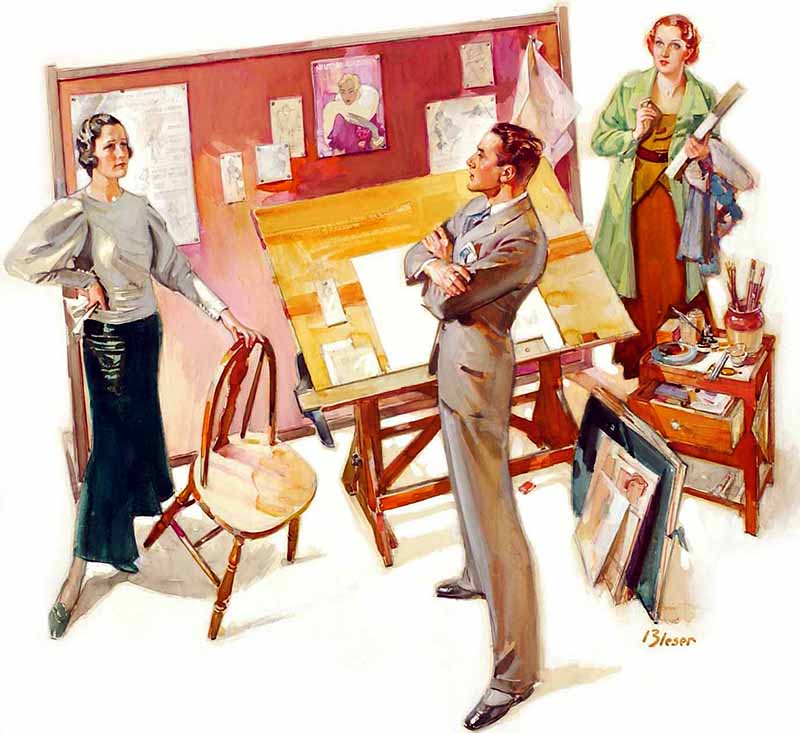 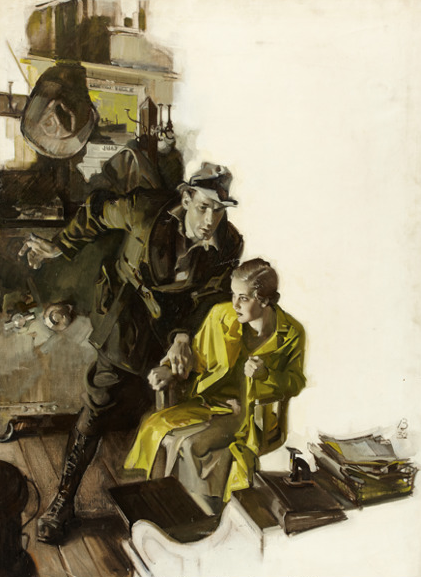 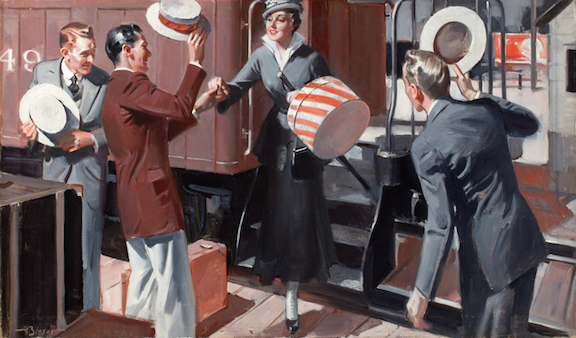 Meeting at the Train
This looks like it was cropped from the original at the top, but perhaps not. The bottom is okay because his signature is visible. 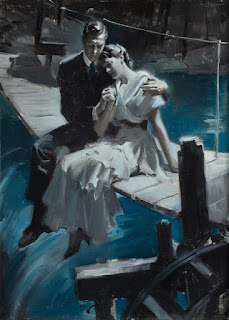 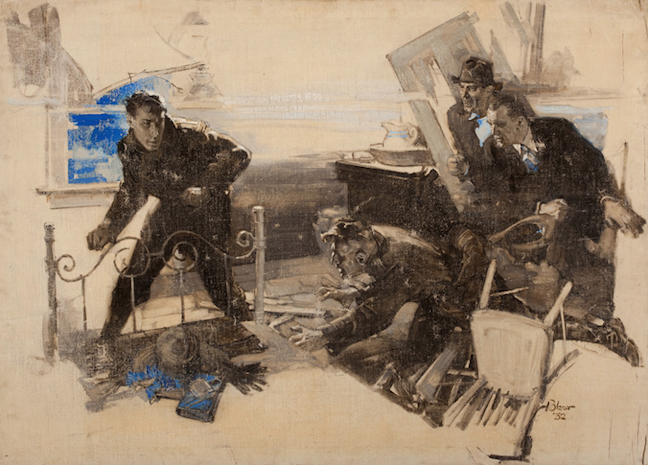 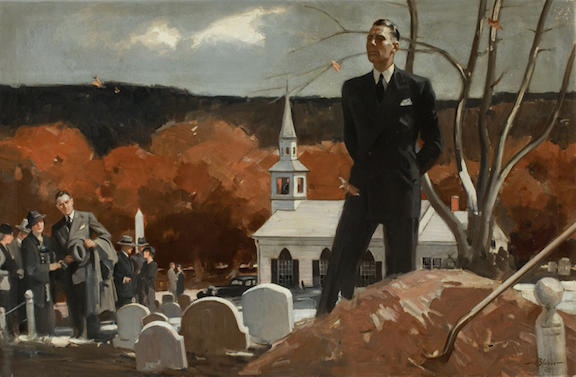 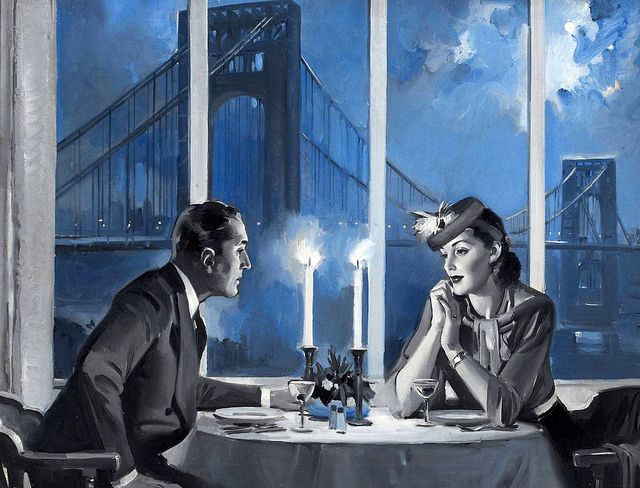 Candlelight dinner scene
In the background is New York City's George Washington Bridge that crosses the Hudson River. It's not clear if the restaurant in on the Manhattan side or the New Jersey side, though I'm inclined to guess the latter. Regardless, I doubt there was such a place when Bleser made this illustration around 1940: there are no restaurants in that setting nowadays, if Google maps offers any clue. But I confess it has been decades since I got to New York a lot, so I might be mistaken.

Bleser Jr., was actually active at least a decade earlier than you state. You also keep referring to him as Blaser.

Still nice to see his work on your blog.

Edward -- Thank you for spotting the errors: fixed. I no doubt was mentally pronouncing his name in the German manner, and at some point I started spelling that pronunciation as in English.

I recently purchased a picture of a 1920's ladies showing a west pony towels sign. I saw a signature Bleser and a number 28 on top of it.
I'm not sure if this is a picture from August Bleser. I have tried to find information about it but, I can't seem to be successful about it.
Did he ever make a painting that looks with these features ?

Unknown -- Sorry about the late reply, but there have been health issues in my household. I'm not familiar with the image you mention. That said, I am not an expert on artists' works, so I suggest you get in touch with an auction firm that deals with illustration or perhaps a dealer regarding this matter.