Carl Erickson (1891-1958) was Vogue magazine's ace fashion illustrator in Paris from about 1925 to 1940 and continued his career at the American edition until his death. His wife, Lee Creelman Erickson also illustrated for the French Vogue and during the early-to-mid 1920s was more prominent than her husband.

Unfortunately, I haven't been able to find biographical information on Lee. But Eric (as he was called and soon used as his signature) is better documented. For starters, you might link here and here.

Lee's style was comparatively solid and literal, whereas Eric soon blossomed into his characteristic sketchy style. Underlying that sketchy style was a solid grasp of the forms he was interpreting. For that reason, I respect him even though the sketchiness usually was too extreme for my taste. 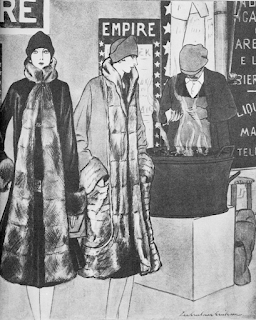 First some images of Lee's work. This illustration is from 1925. 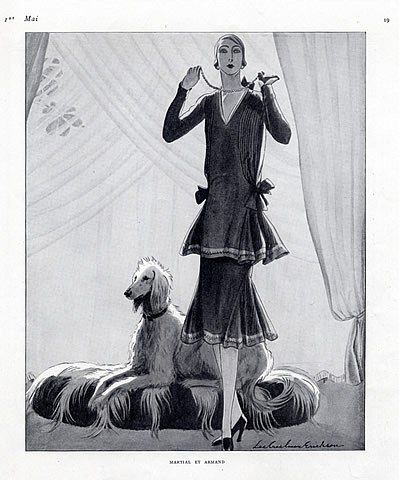 A 1926 illustration. Here and in the image above she signs her full married name. 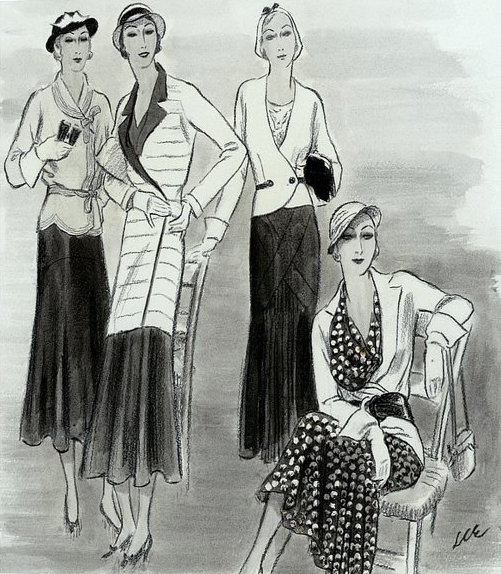 Finally, an illustration from about 1933. At this point she signs using her married initials in a form similar to that of Eric (see below). 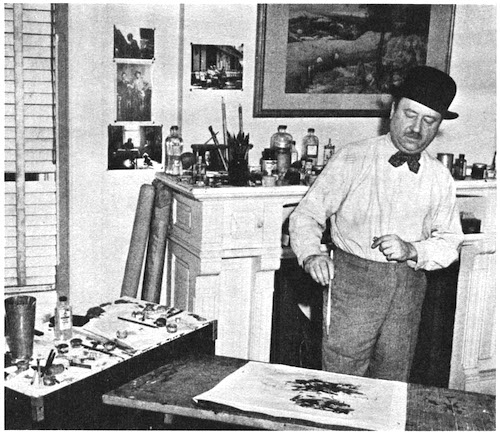 Photo of Eric at work. The bowler hat was habitual attire. 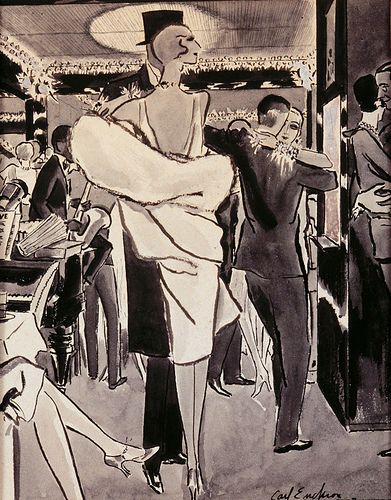 Illustration from around 1925. Here he signs his full name. 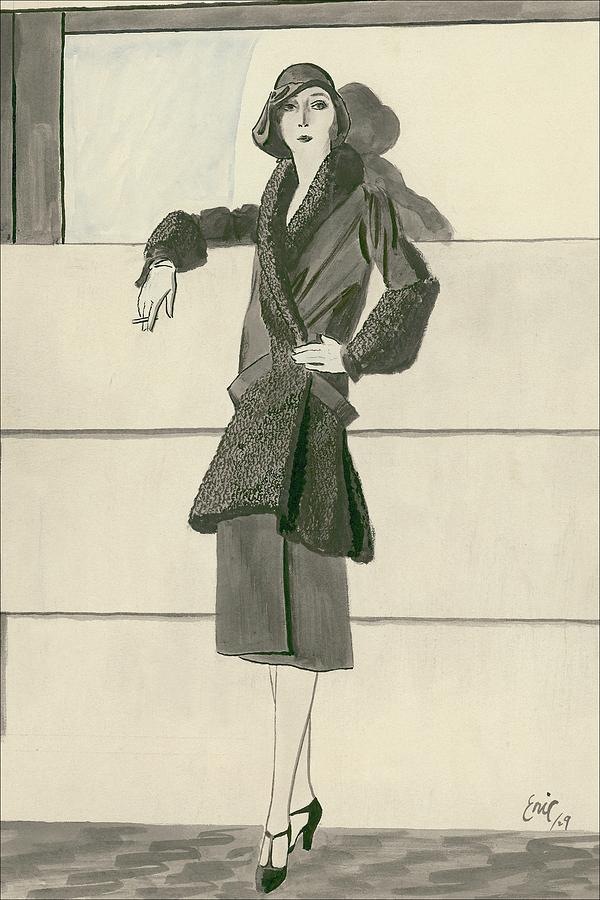 By 1929 he was using "Eric."  The style here is similar to that of his wife, but freer sketching is on the way. 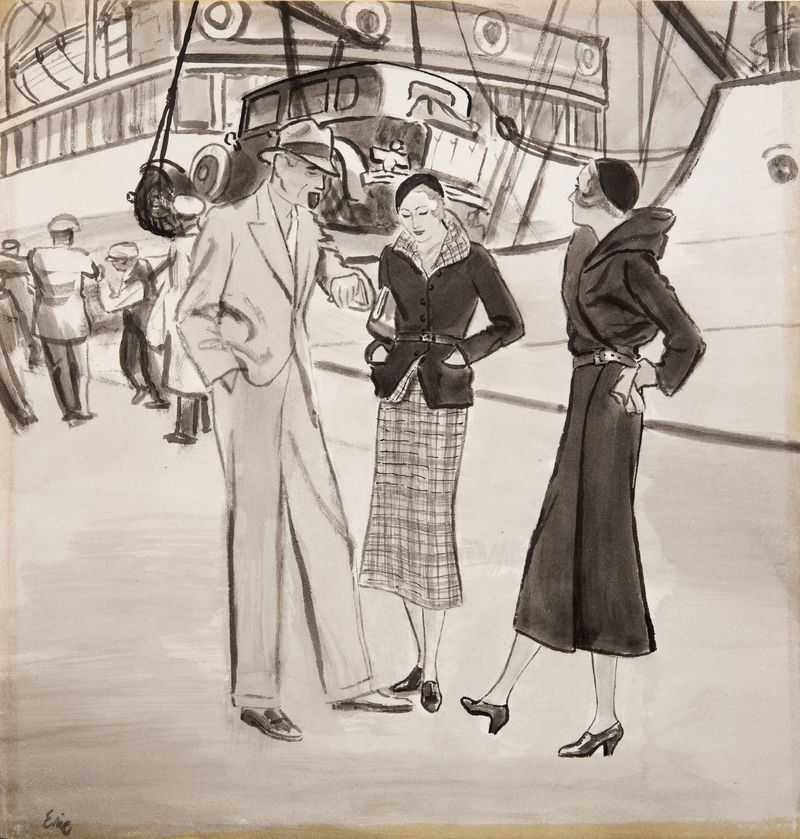 I'm guessing that was made around 1931. I include it because it shows a car being loaded on a passenger ship. My impression is that fashion illustrators and others who are good at depicting people often do poorly when cars are shown. But here Eric gets the form and perspective correctly even though the car is simply indicated, not rendered. This tells me that he really knew his stuff. 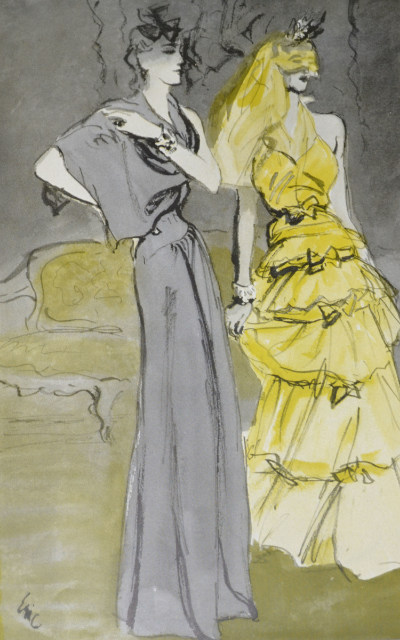 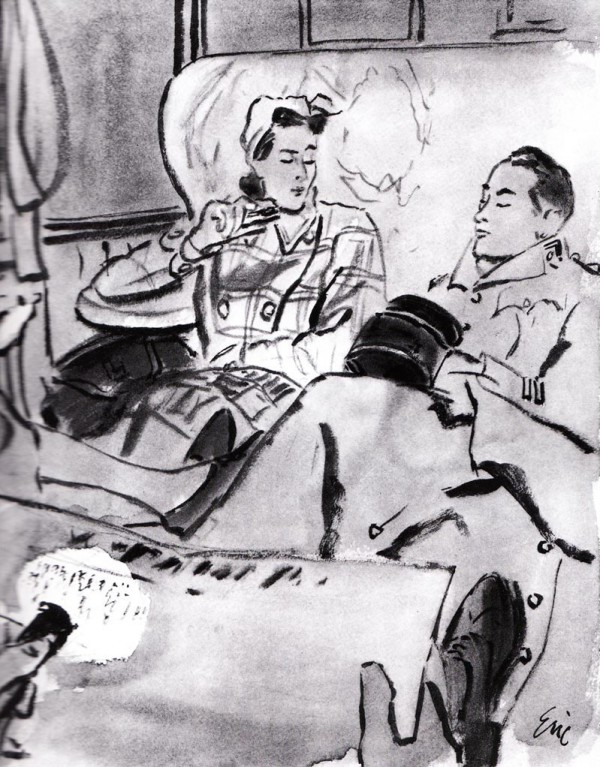 This was probably done in 1939 after World War 2 started, but before France was defeated. It's a railroad coach scene where the subject might be the woman's attire. Next to her is a French Army lieutenant. 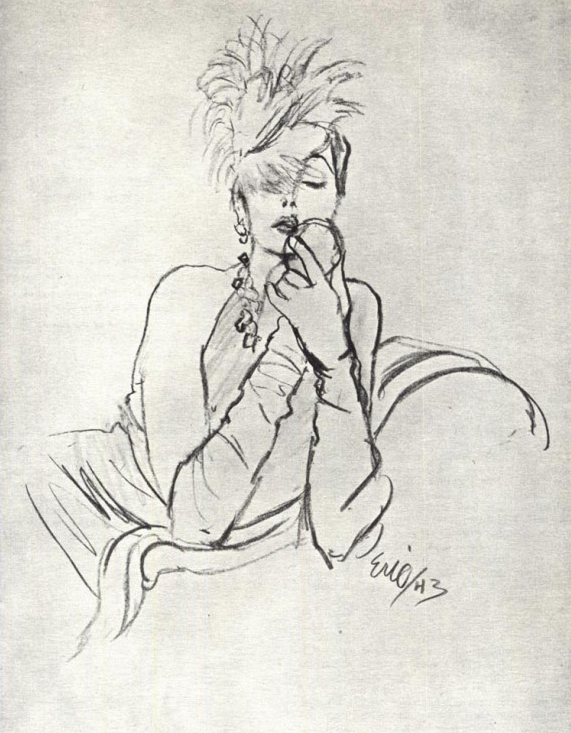 A 1943 illustration made when the Ericksons were in America. Less sketchy than his usual wash illustrations, this is an excellent line drawing. 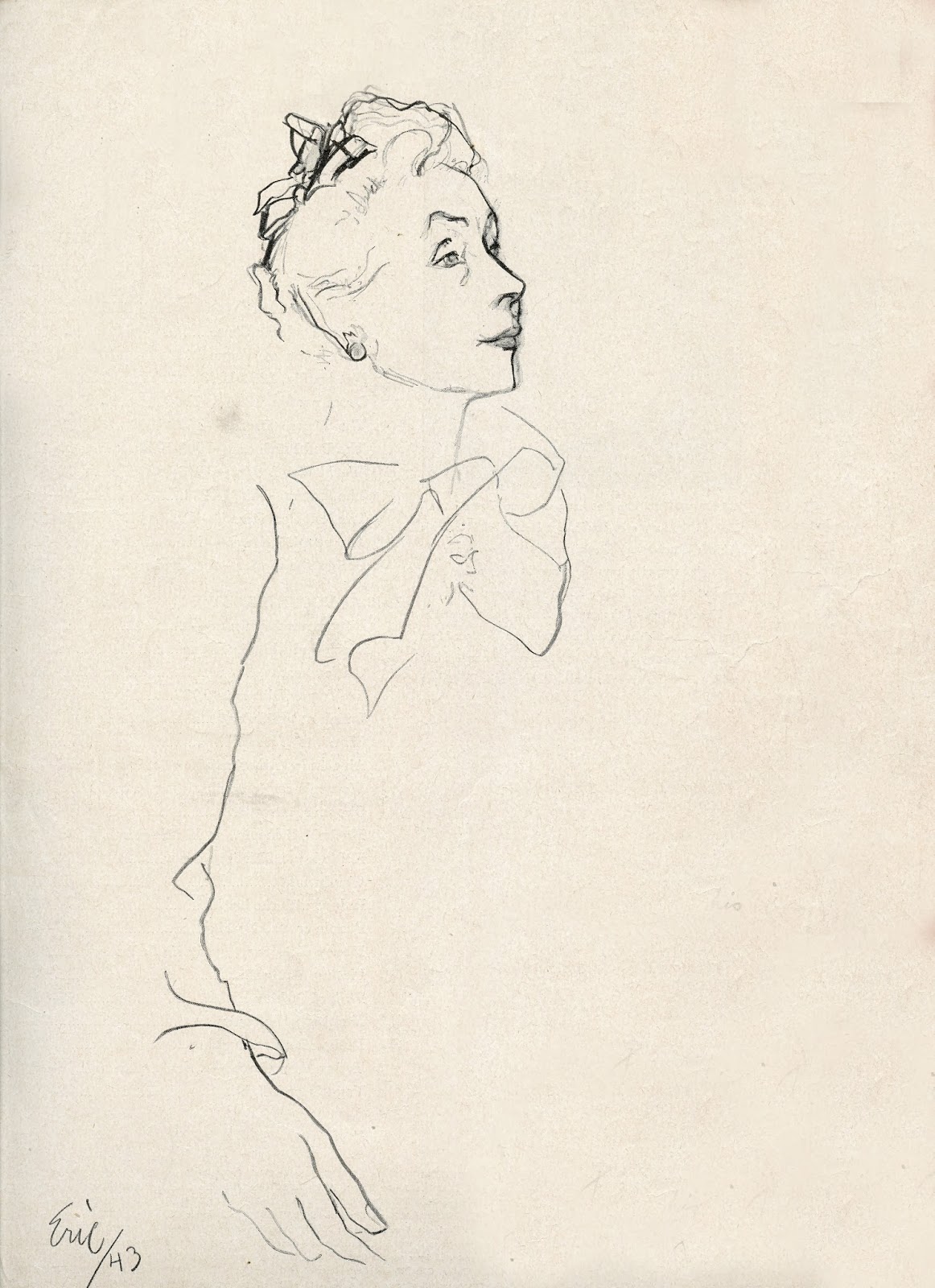 Another 1943 work, also excellent.  To my embarrassment, I do not recognize the subject of this portrait and cannot find that information on the Web: please comment if you know.
Posted by Donald Pittenger at 1:00 AM

Sir, I have a pen and ink fashion drawing I am researching and I am getting a road block. It is signed Creelmann and initialed LC. I am 90% sure it is Lee Creelmann but the problem is it is dated 1901. All account date her birth at 1895 which would put her age a 6, impossible. Is it possible she was much older then Eric? I wish I could send a picture but it is not possible here. John

John -- Interesting problem. Your Creelmann signature has two n's, not one as in the case of Lee Creelman (and many others with that last name via a Google search).

Creelmann is a German-style name. But Google turns up nothing with that spelling. The Duck-Duck Go search engine turned up one item only.

Your image indeed isn't by Eric's wife, given the date and spelling. But finding out who Creelmann was will be difficult.