William Orpen (1878-1931), who I wrote about here, is best known as a portrait painter. Biographical information is here.

During the Great War, Orpen became a war artist attached to the British Army, painting scenes of combat areas and related subjects. Naturally, he also made portraits. Some of these were of enlisted men and junior or mid-level officers. Others were of leading officers and statesmen. In 1919, after the war was over, he painted a series of "unfinished" appearing portraits of leading Army and Royal Navy personalities. Perhaps he left these seemingly incomplete because he painted so many of them and lacked time to make them look finished. They mostly are signed, so Orpen must have regarded them as finished, and the sketchiness was probably intentional. I find these generally more interesting than his more traditionally-done military portraits. 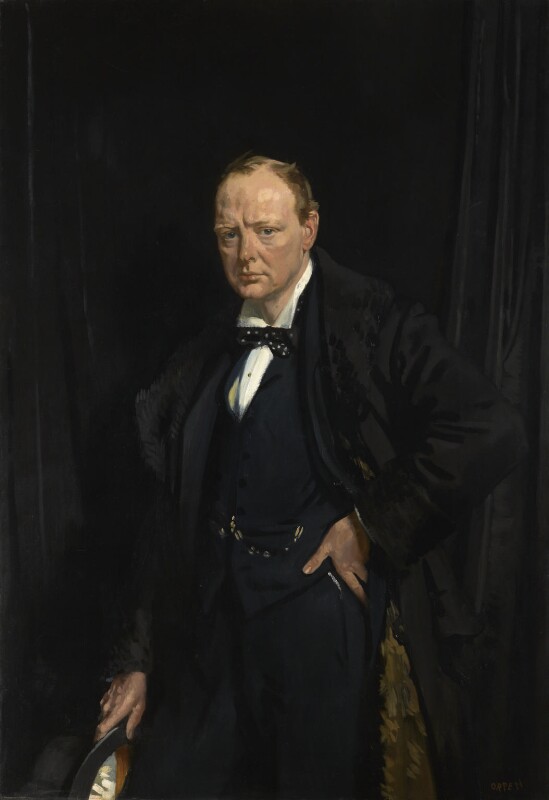 Winston Churchill - 1916
Andrew Roberts, in his recent biography of Churchill states that this was the portrait Churchill though best of himself. It was painted after he returned from the Western Front where he had commanded a battalion for several months. 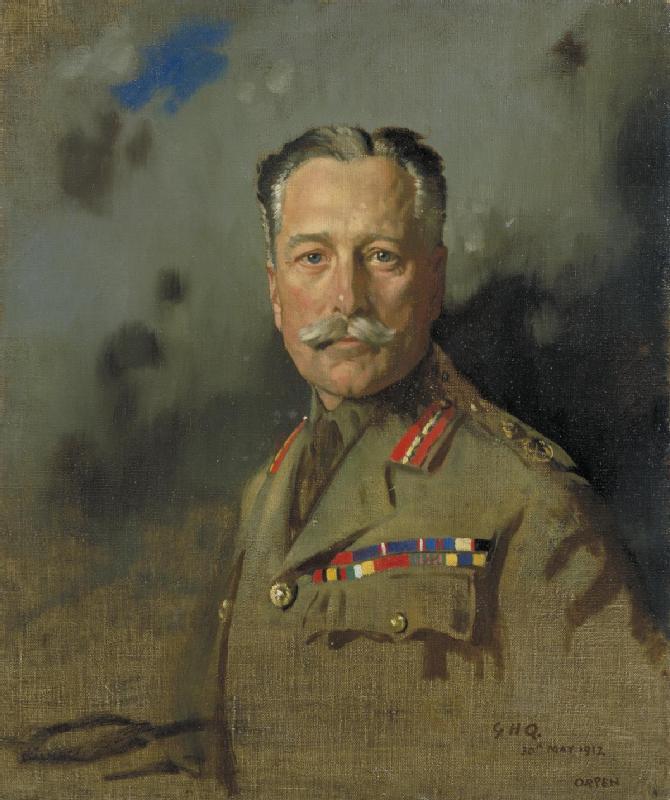 Douglas Haig
Commander of the British Army in France during most of the war. 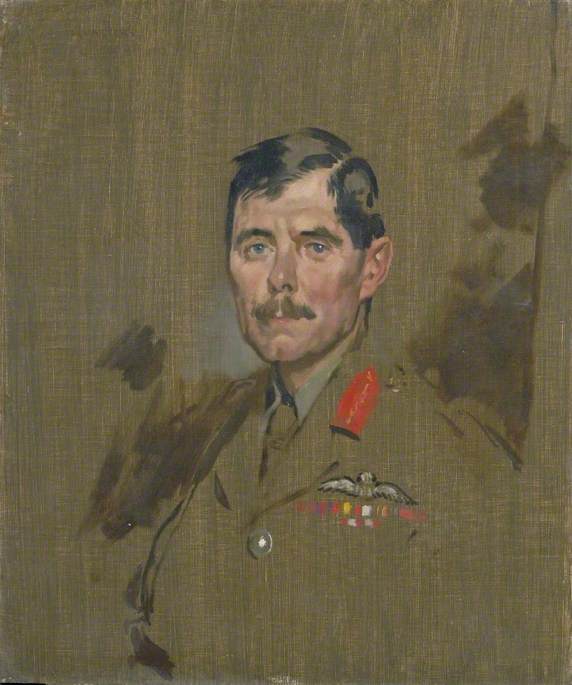 Hugh Trenchard
Trenchard became commander of the Royal Air Force when it was established in April, 1918. This painting from 1917 and the one of Haig are not "completed," though the use of full background color makes them seem more so than the paintings that follow. 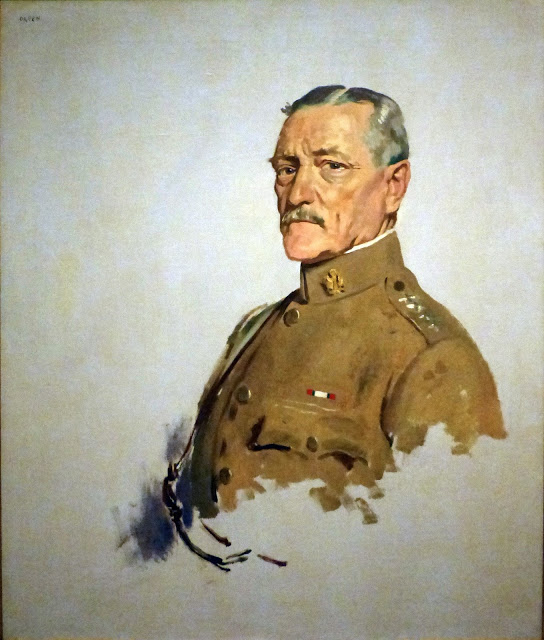 John J. Pershing
This portrait of Pershing, commander of the American Expeditionary Force in France is one of those seemingly incomplete portraits made in 1919. 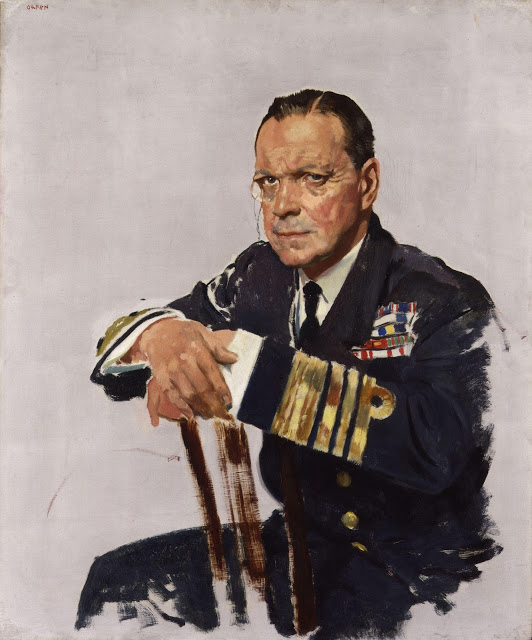 Rosslyn Wemyss
Memyss became First Sea Lord (commander) of the Royal Navy after the war. Note how he is posed. The following two painting use similar poses. 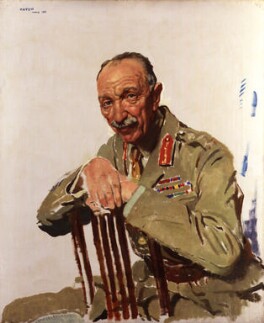 Henry Wilson
Wilson became Chief the Imperial General Staff towards the end of the war and was a member of the anti-Haig faction. 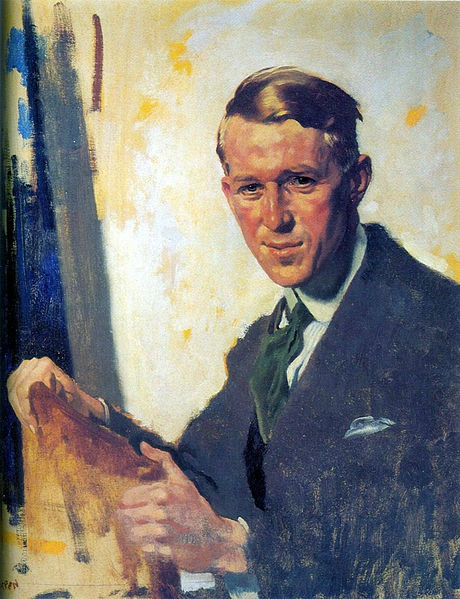 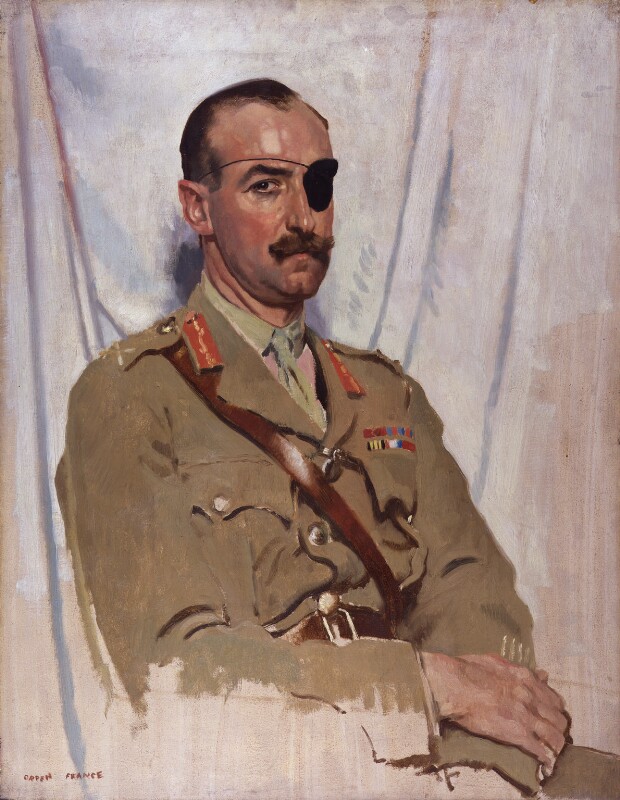 Adrian Carton de Wiart
Carton de Wiart was insanely brave, losing an eye and arm in combat. This failed to prevent him from serving as a general in World War 2. 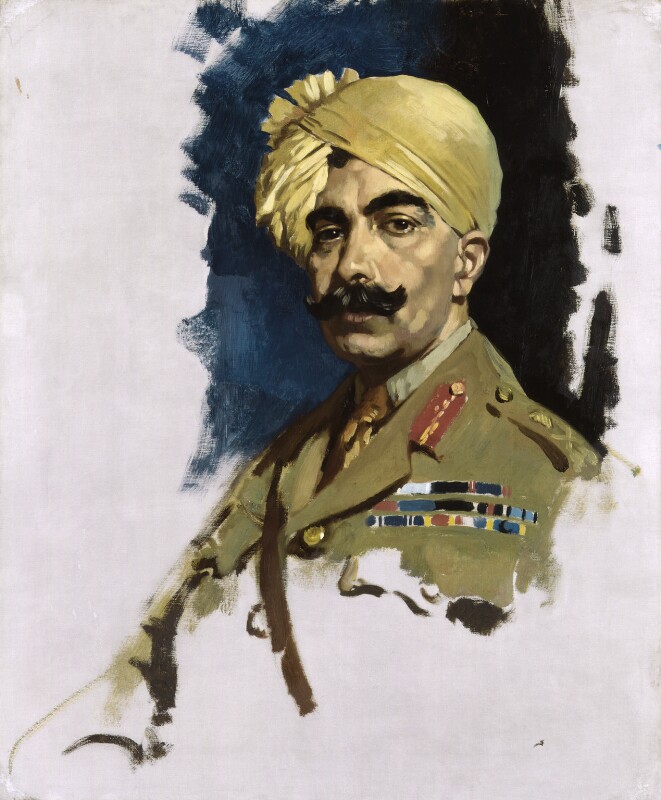 Ganga Singh
Singh was Maharaja of Bikaner, a general in the Indian Army and a member of the Imperial War Cabinet during the war. Sikhs have long been noted for their warrior qualities. 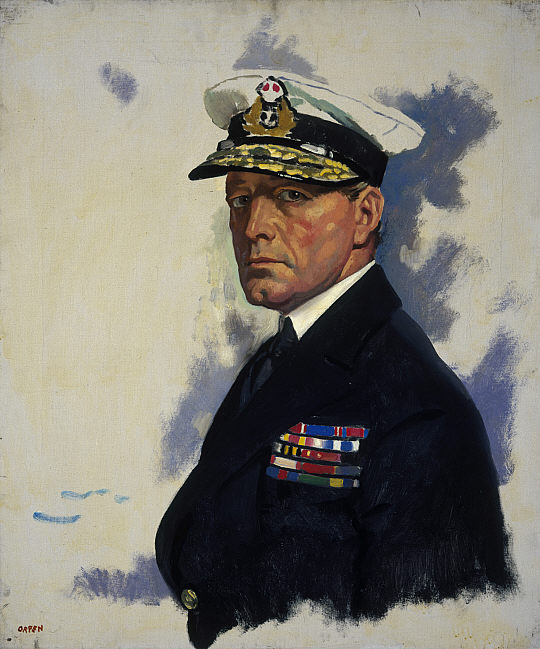 David Beatty
Beatty commanded battlecruiser squadrons 1914-16 including the battle of Jutland, and then the Grand Fleet, Britain's main naval force.
Posted by Donald Pittenger at 1:00 AM

Who bought the military portraits - the families of the officers? or an official military organisation for its own sites?

Hels -- I'm not sure, but due to their similarity, suspect they were commissioned by the government or some other body. Some of these I saw in London's National Portrait Gallery.