Gustave Franciscus De Smet (1877-1943) was a Belgian painter who helped found the Flemish Expressionist school of painting. A sketchy Wikipedia entry is here, and you can link to the French version for more information.

As might be expected, I don't find his post- Great War Cubist-influenced Expressionism particularly interesting compared to his Impressionist-influenced earlier work. De Smet was essentially a creature of his time, following various style fads about a decade or two after they had reached their peak influence. 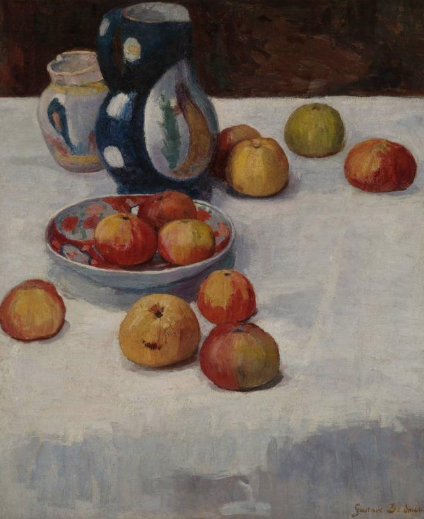 Still Life with Apples
I don't have a date for this, but if I had to guess, I'd say it was made in 1910 or before. 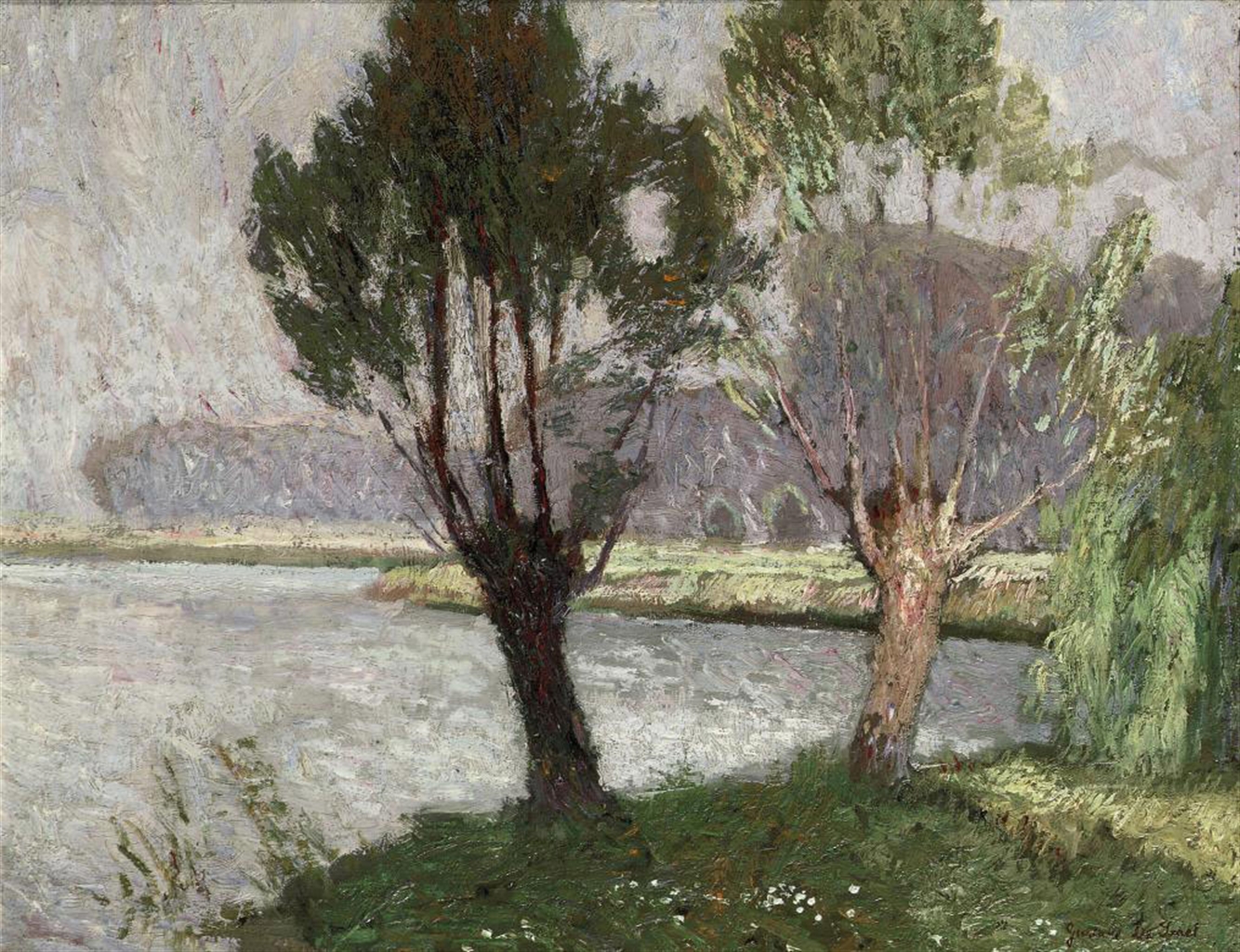 Willows Along a Stream - 1912
One of his Impressionist style paintings. Like American Impressionists, De Smet defined the subject matter more distinctly than Uber-Impressionist Claude Monet did. 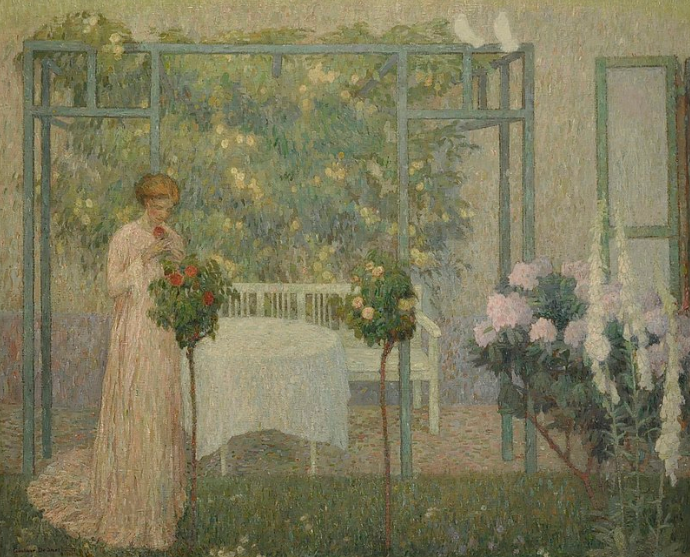 Vrouw bij Rozelaar (Woman with Roses) - 1912
Although the painting is fairly "flat," the structure behind the women is in reasonably correct perspective. 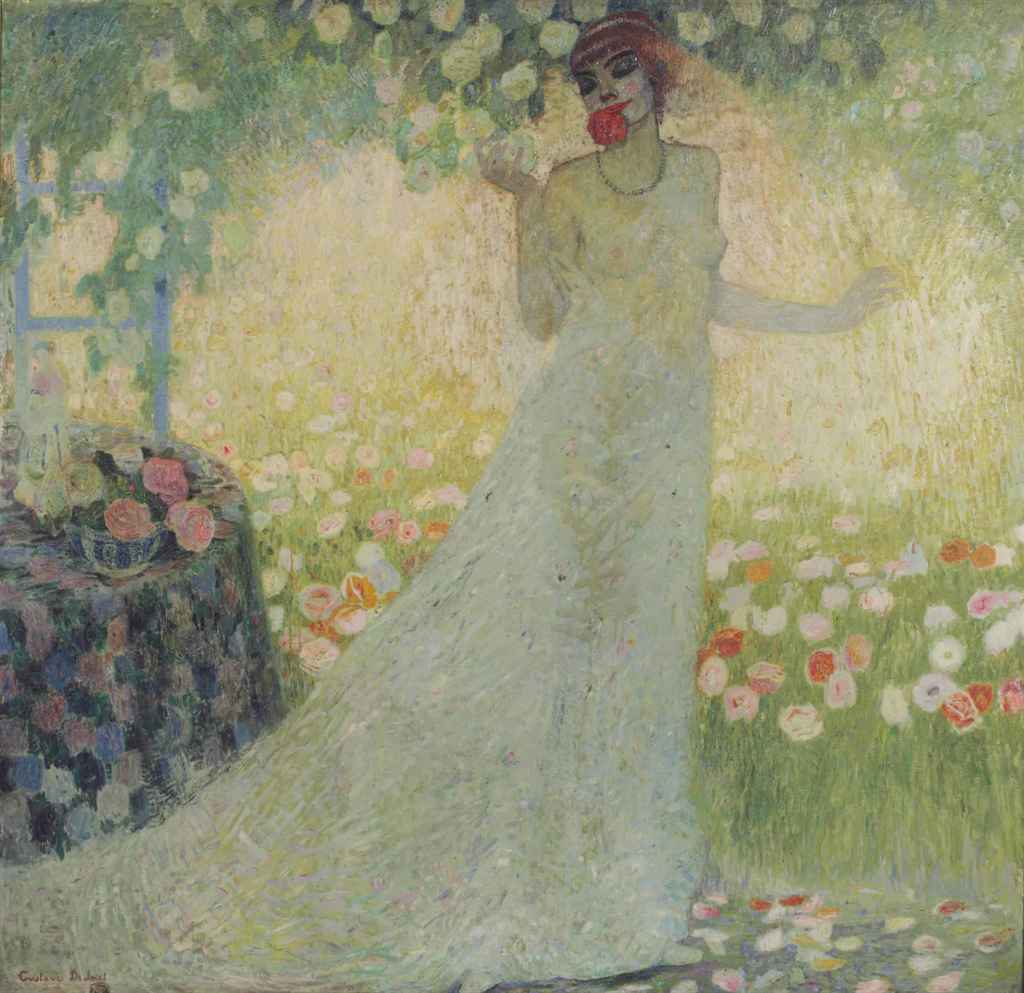 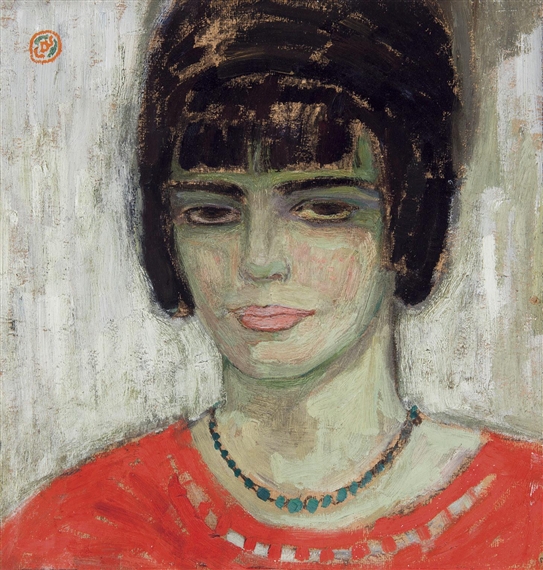 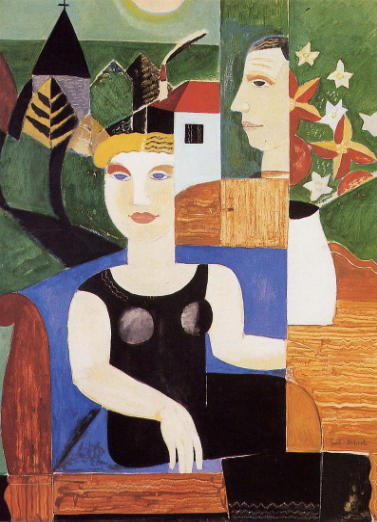 Artiste et sa femme, Deurle (The Artist and His Wife at Deurle) - 1927
Cubism-lite. 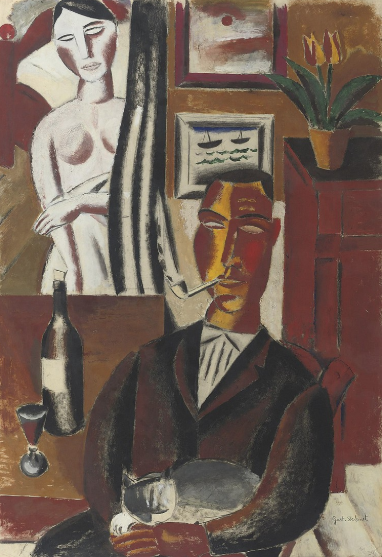 L'homme à la boutelle (Man with Bottle)
The was painted around 1930. 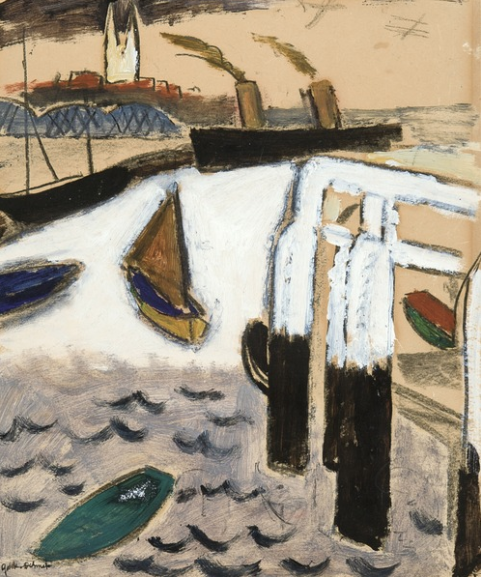 Le port d'Ostende (Port of Ostende)
Compared to "Summer," this is pathetically childlike. 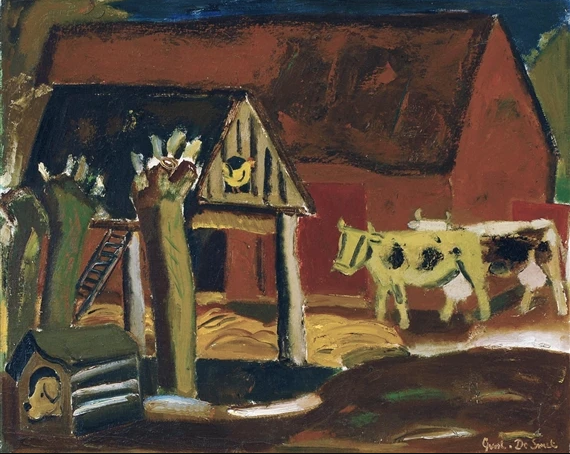 Boerenerf met koeien (Barnyard with Cows) - 1936
This is typical of De Smet's late style.
Posted by Donald Pittenger at 1:00 AM