Finally!! I Got to See Klimt's Judith II 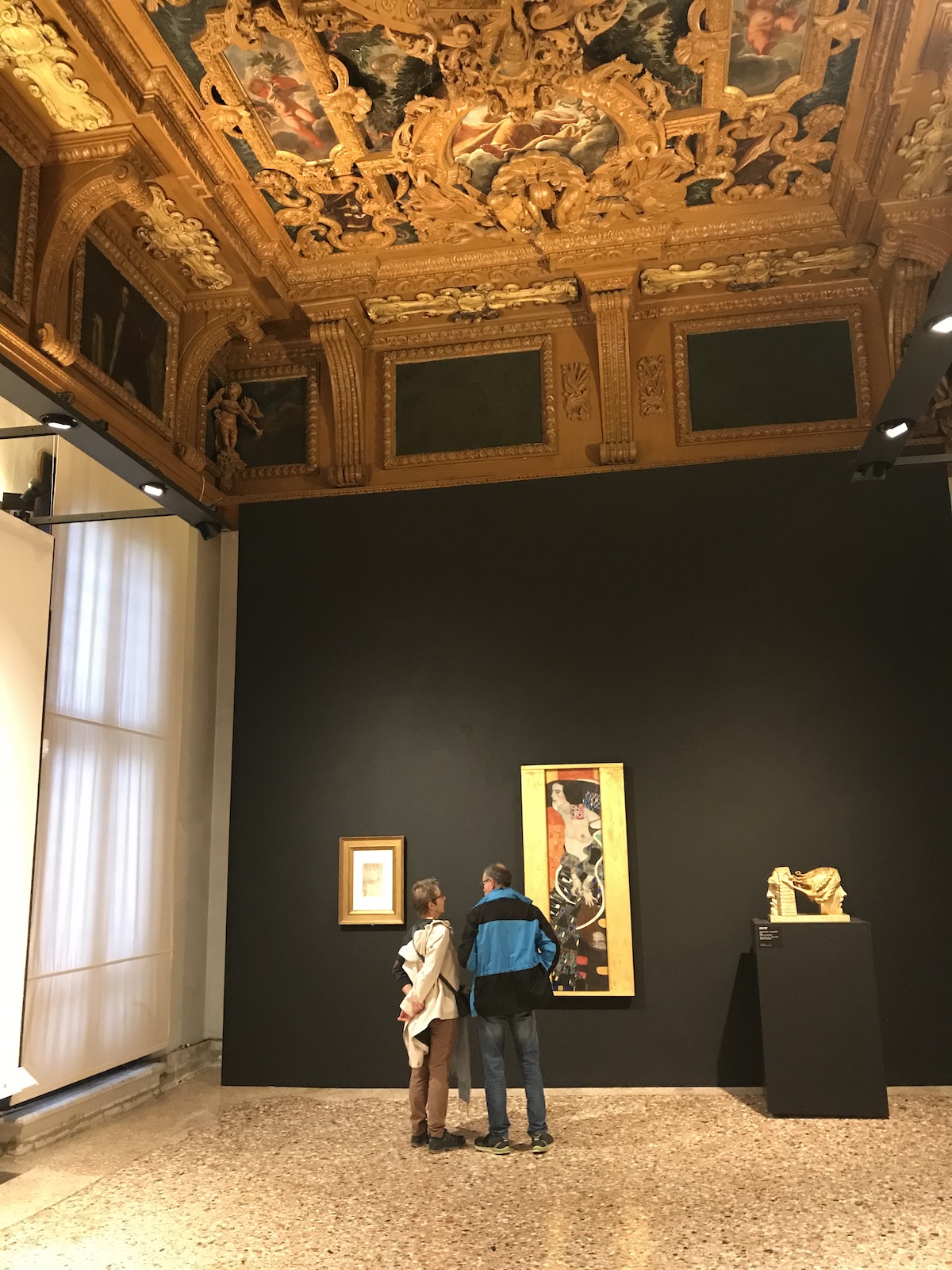 This was a twenty-year epic struggle for me. Okay, I exaggerate -- but the twenty-year part is true.

Since the late 1990s I've been fortunate enough to view most of the important paintings by Gustav Klimt. But one eluded me. It was the second of his paintings dealing with the Biblical subject Judith beheading Holofernes.

The painting is housed in Venice's Ca' Pesaro museum located on the Grand Canal, but not close to the main tourist zones.

The first time I visited Venice, in the late 1990s, the museum was undergoing renovation and so the painting was inaccessible. My second visit was while on a bus tour with my late wife, and I could not fit visiting it due to all the tour group activities. I was on a cruise the third time I got to Venice. But arrival was delayed until early afternoon due to heavy fog, so I simply hung out in the tourist zone, having limited time available. About a week ago I arrived via another cruise ship and bought a one-day vaporetto pass that made getting to and from Ca' Pesaro easy. And, Happy Day!!, the painting was on display and not off on loan (unlikely, because it is perhaps the museum's most famous possession).

The image at the top of this post and most of those below were taken by me using an iPhone. Click on them to enlarge.

As seen by my iPhone. 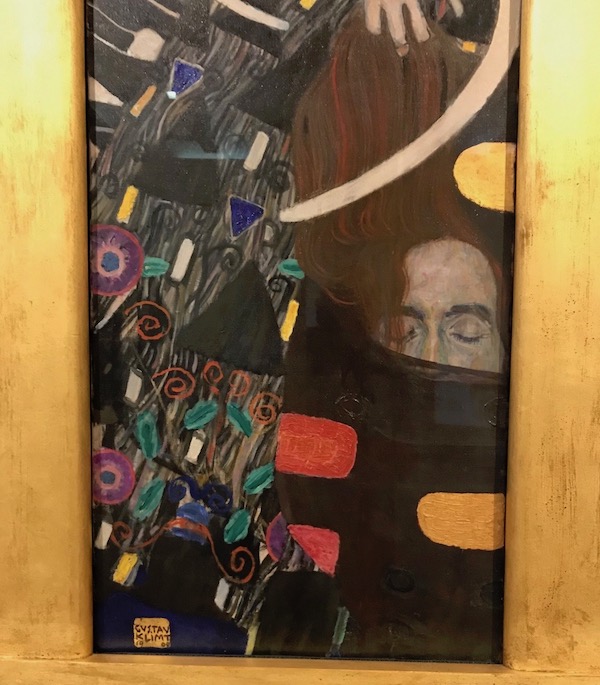 I realise the whole purpose of your trip was to see Judith II at last, but I am in love with Judith I. The 1901 version of the story is richer, more seductive for Holofernes and more attractive for the viewer.