Robert Brough (1872-1905) was a Scottish painter whose career was cut short by injuries sustained in a train accident. Some background information is here and here.

He was capable of making fine society portraits in the vein of John Singer Sargent (who was his friend), while also earlier in his career creating boldly painted images where strong brushwork dominated -- perhaps influenced by the Glasgow Boys.

I was unaware of him until I recently encountered two of his works in Venice's Ca' Pesaro museum. 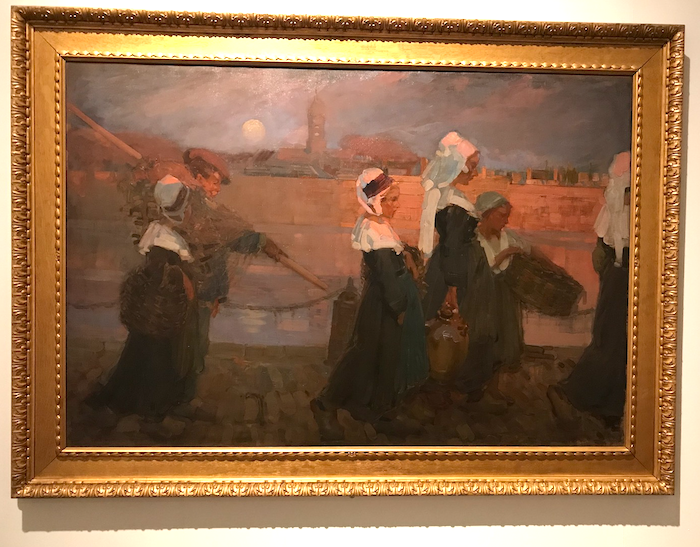 "Twixt Sun and Moon" (1895) as captured by my iPhone. I couldn't find Internet images of this and the following work. Click on this image and the next three to enlarge. 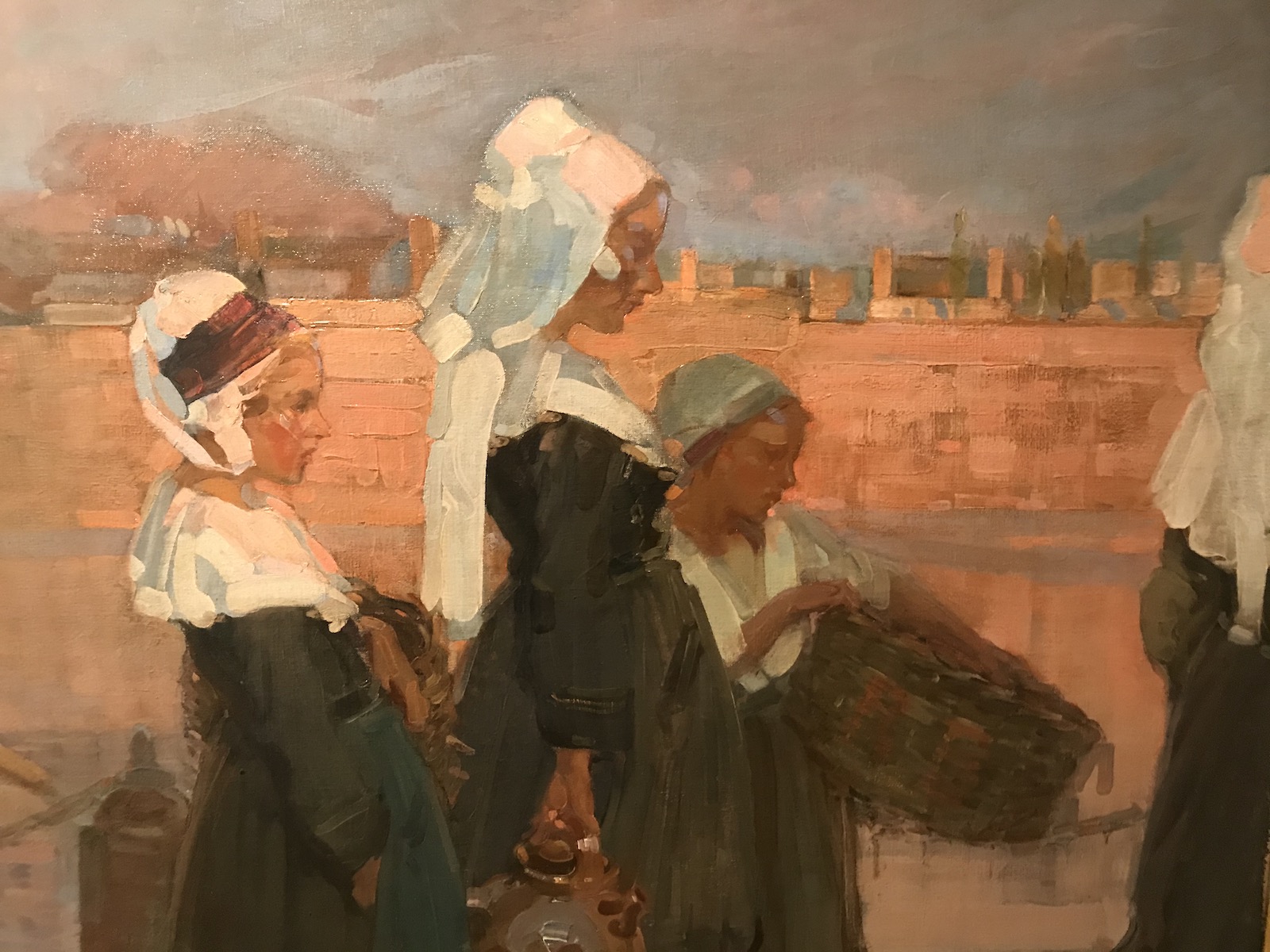 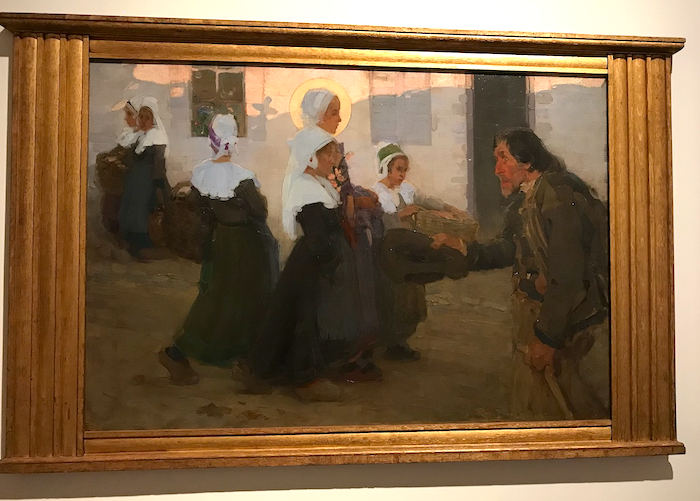 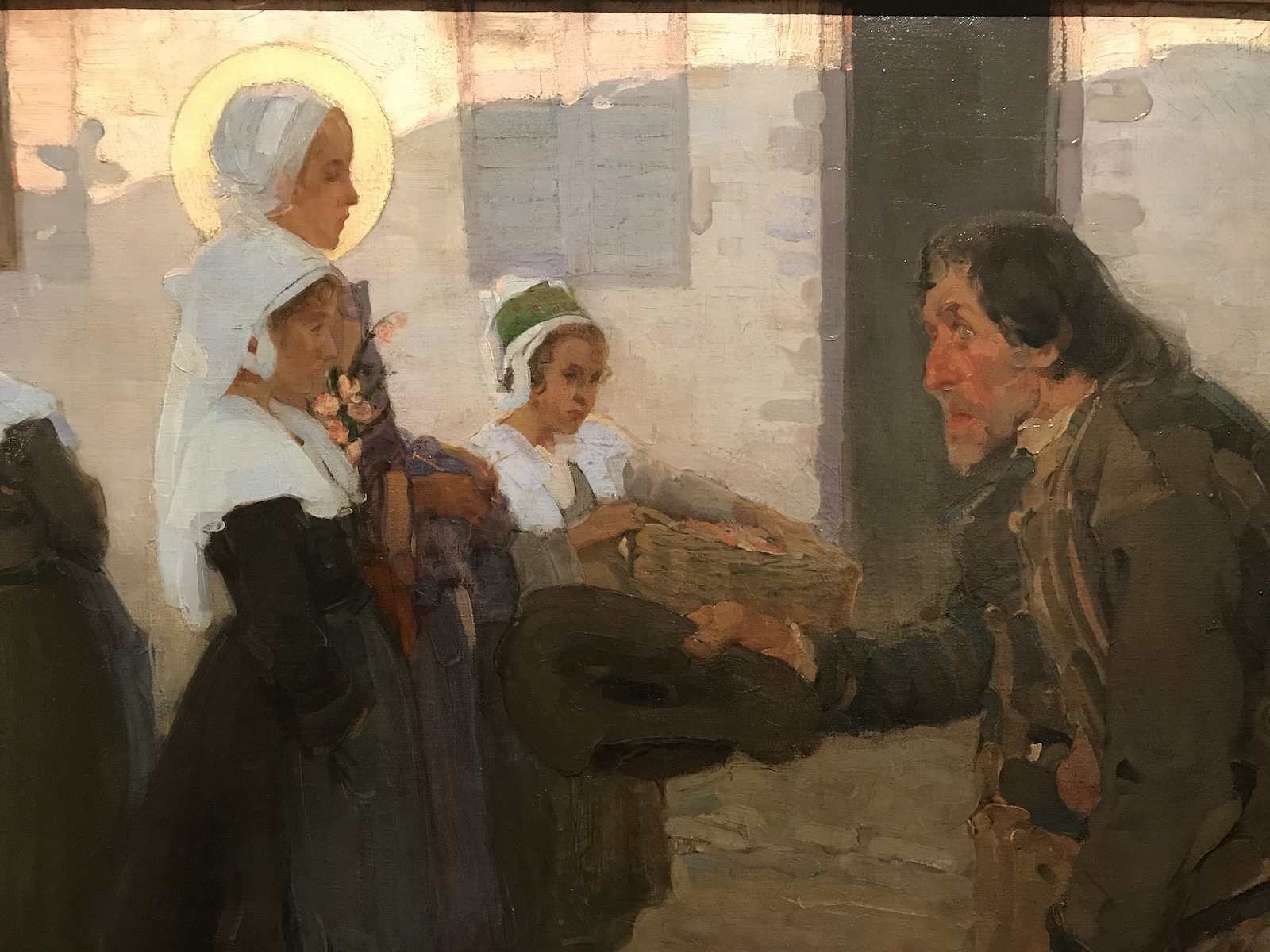 Now for some images of Robert Brough paintings found on the Internet. 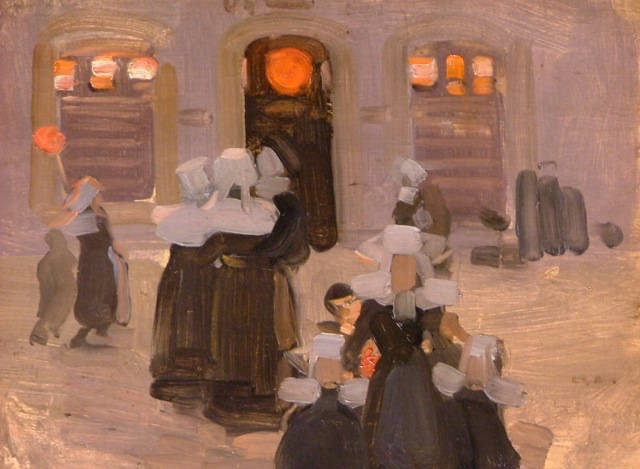 Breton Women - c. 1893
He made a number of sketches such as this during his time studying in France. Doubtless the basis for the paintings featured above. 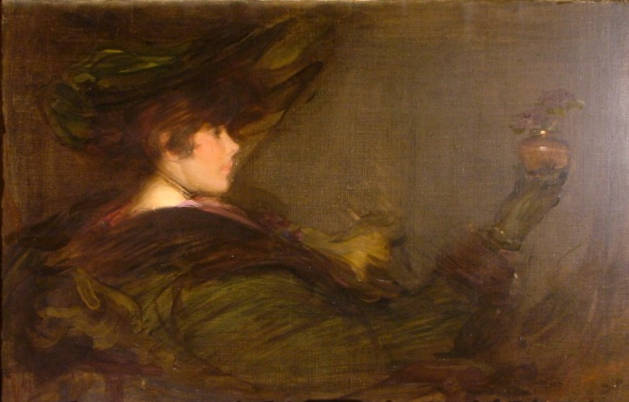 Sweet Violets
A combination of solid and wispy. Similar in spirit to Giovanni Boldini. 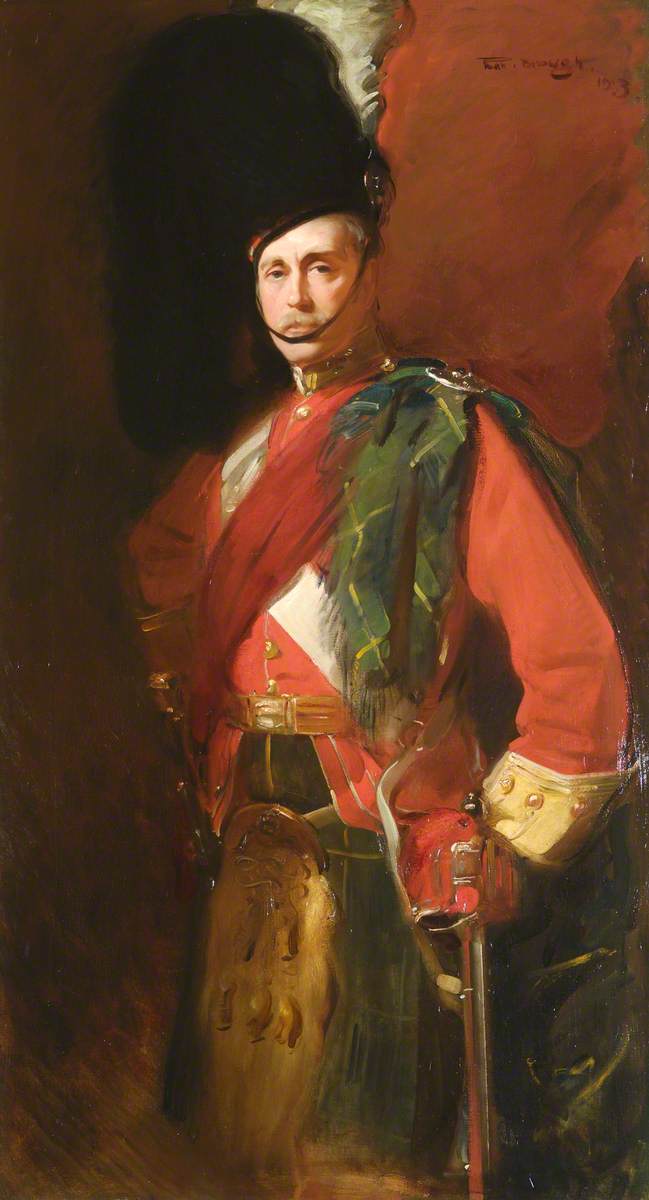 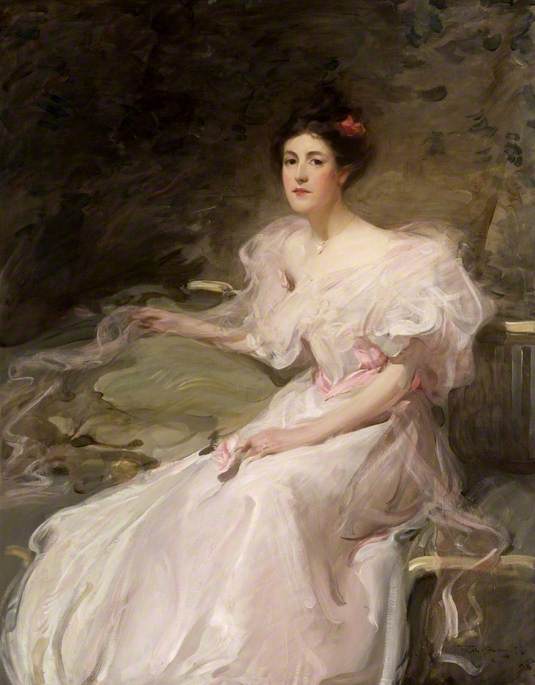 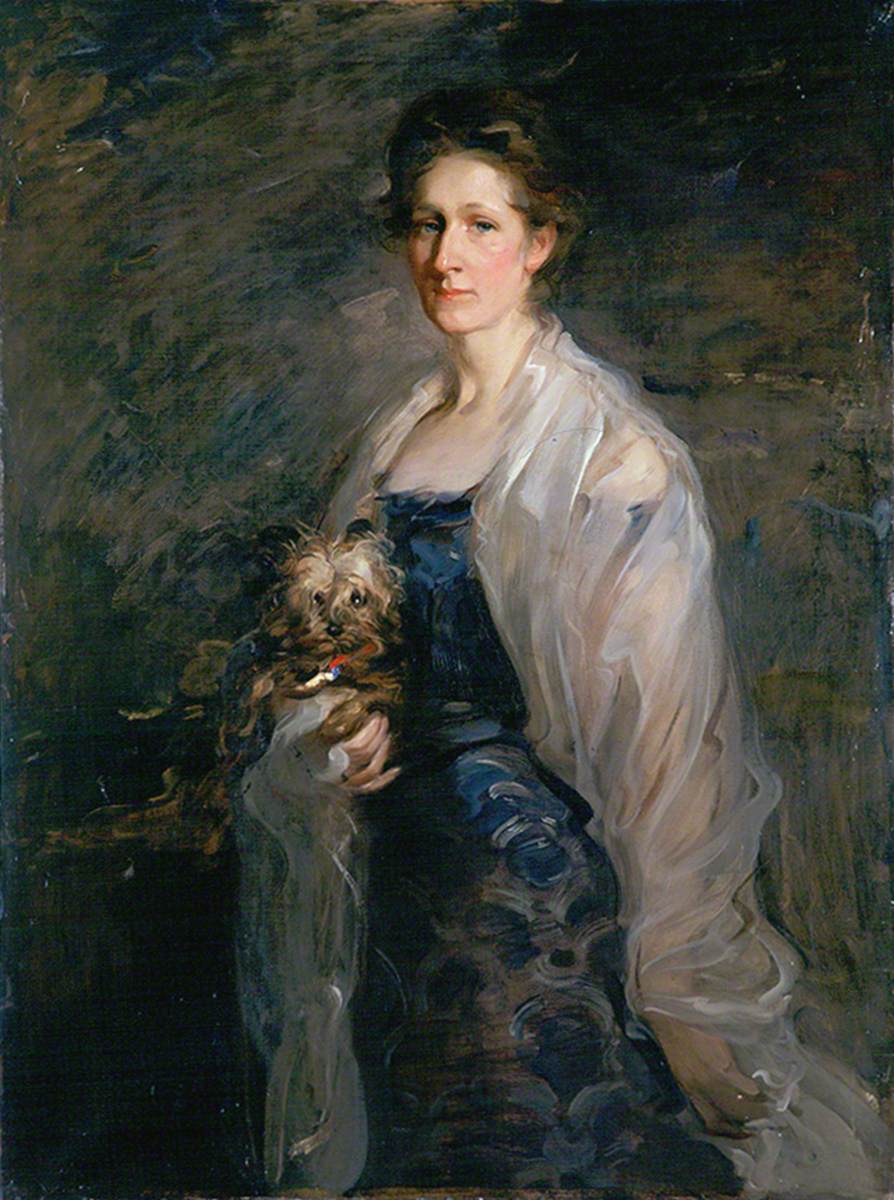