Whitney Darrow, Jr. (1909-1999) was a mainstay cartoonist for the New Yorker magazine in its 1930s heyday and beyond. His Wikipedia entry notes that he was a Princeton University graduate who, unlike most other New Yorker cartoonists, wrote the captions to his work.

James Gurney posted about Darrow's method of producing a cartoon here. Rather than me discussing Darrow's work, do link to Gurney because he offers a lot of important information along with step-by step illustrations.

Examples of Darrow's work are shown below. I have no dates for them, but his style changed little over the years. And I've taken the liberty to explain some of the jokes because many viewers of this blog are not Americans and are likely to miss the humorous points. 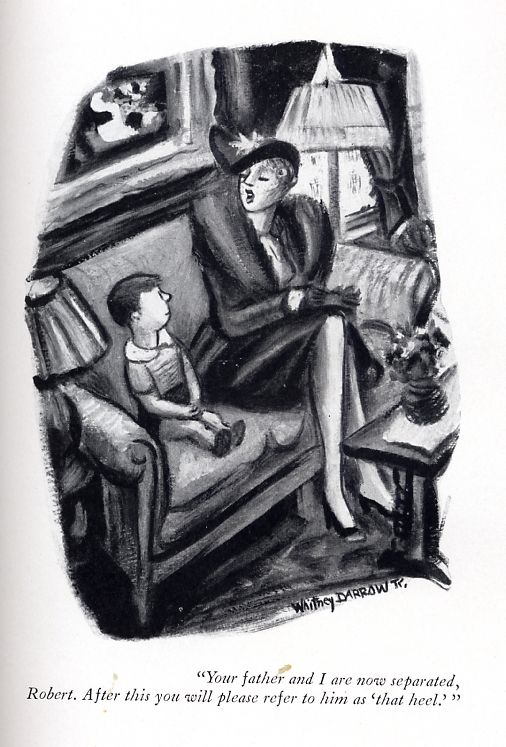 "Your father and I are now separated, Robert. After this you will please refer to him as 'that heel.'" 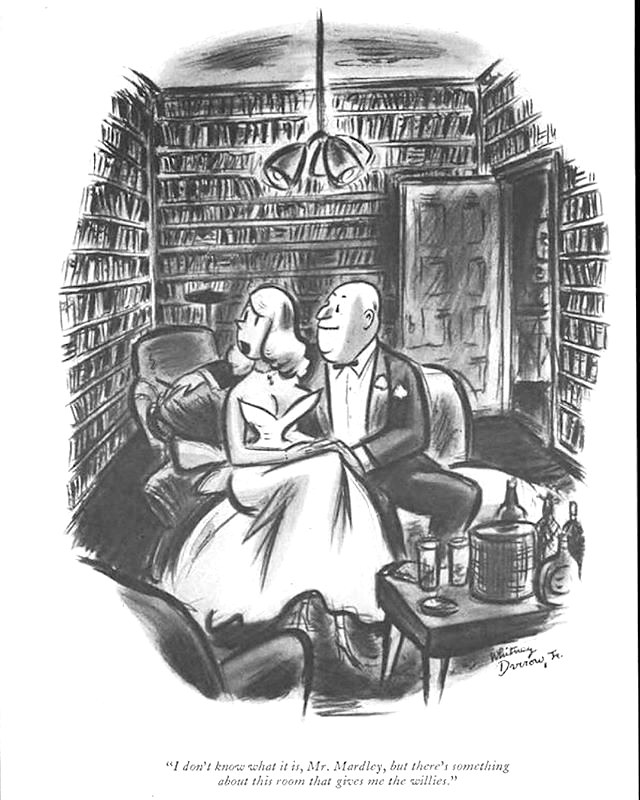 "I don't know what it is, Mr. Mardley, but there's something about this room that gives me the willies."
As an aside, the setting seems vaguely like my apartment. 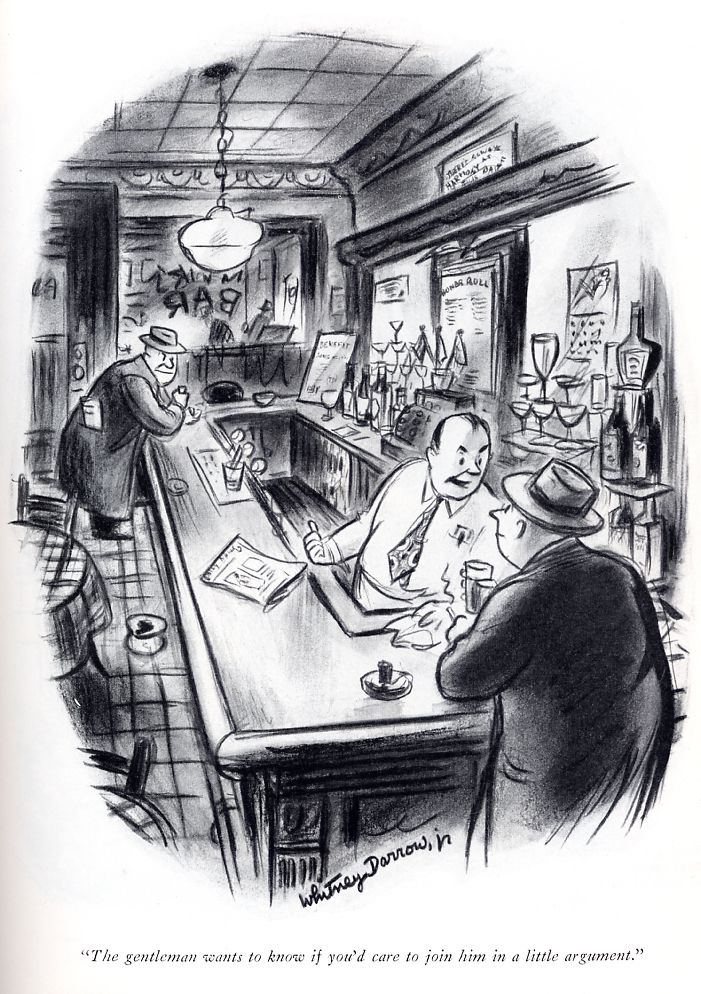 "The gentleman wants to know if you'd care to join him in a little argument."
Most of Darrow's situations take place indoors, so he was careful to get the perspective and other details right. 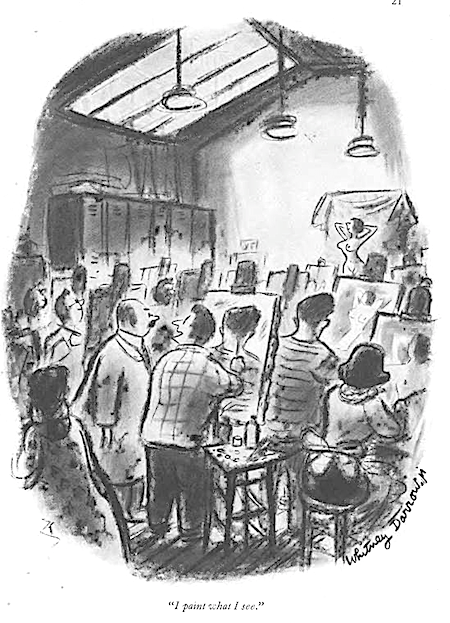 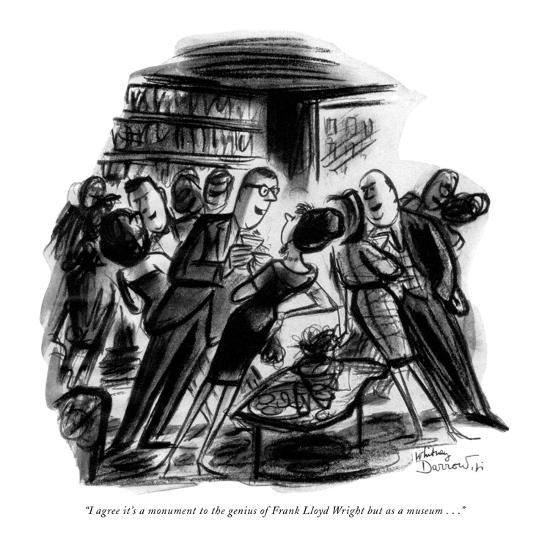 "I agree it's a monument to the genius of Frank Lloyd Wright but as a museum..."
This was from about 1959 after Wright's Guggenheim museum in New York opened. Its gallery is a descending spiral while the paintings are hung in true vertical/horizontal fashion. As Darrow points out, viewing is slightly disorienting. 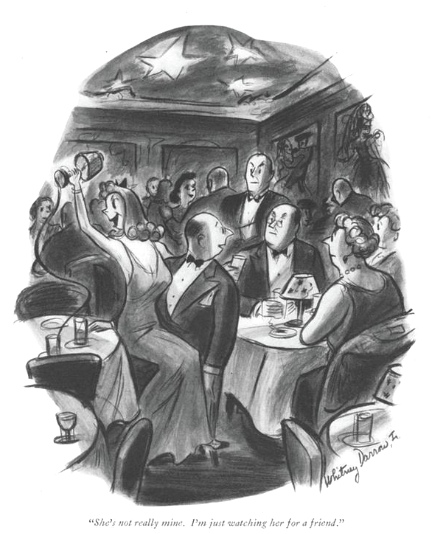 "She's not really mine. I'm just watching her for a friend." 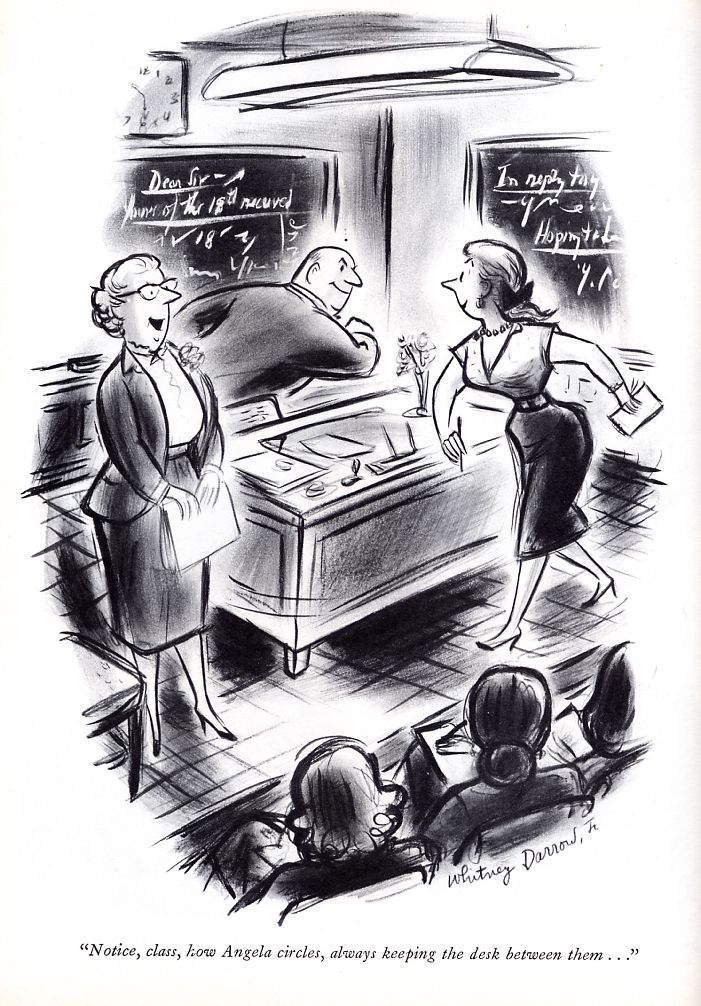 "Notice, class, how Angela circles, always keeping the desk between them..."
The setting is a business school class for secretaries (note the shorthand translations under the English words on the blackboard). The instructor is showing the girls how to avoid an amorous boss. 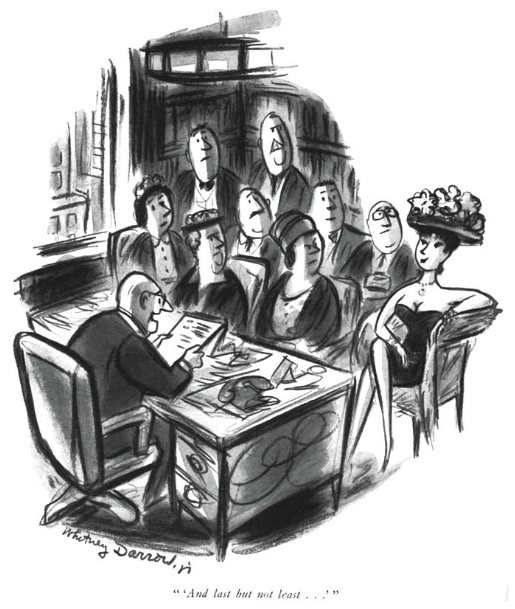 "And last but not least..."
Here the will of a deceased rich man is being read out: guess who might get the most money. 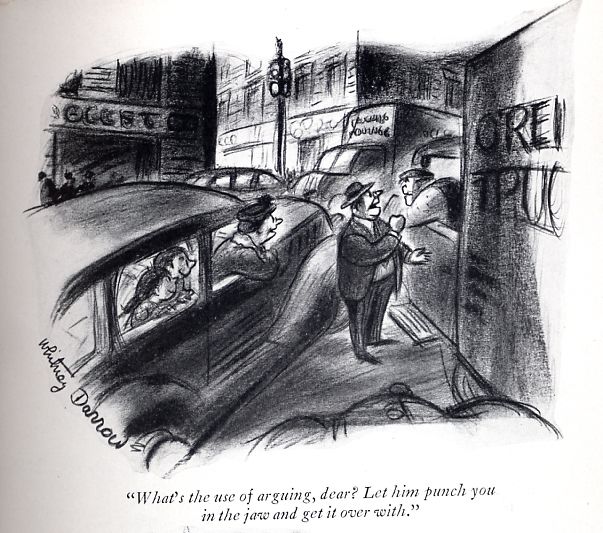 "What's the use of arguing, dear? Let him punch you in the jaw and get it over with."
New York traffic hasn't improved much since Darrow drew this in the late 1930s.