Henri Charles Manguin (1874-1949) studied under Gustave Moreau and was a friend of Henri Matisse. This Wikipedia entry associates him with both Impressionism and Fauvism. His French Wikipedia entry offers more detail.

The images below generally represent his work aside from still lifes. It seems that he didn't actually paint very many strongly Fauvist examples. Prominently featured subjects are his wife Jeanne and Saint-Tropez. 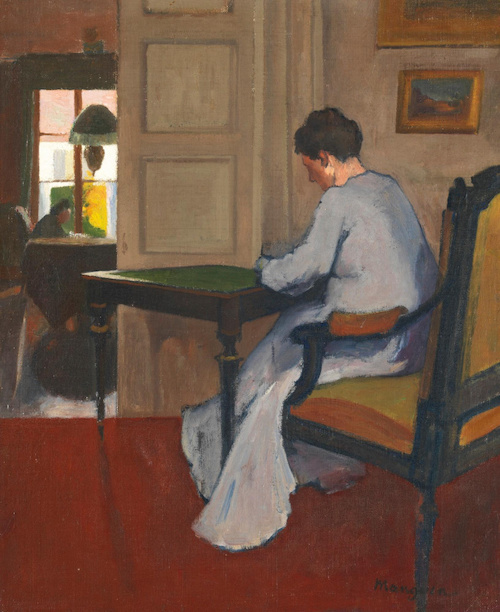 Intérieur - 1900
Probably his bride Jeanne at the writing desk. 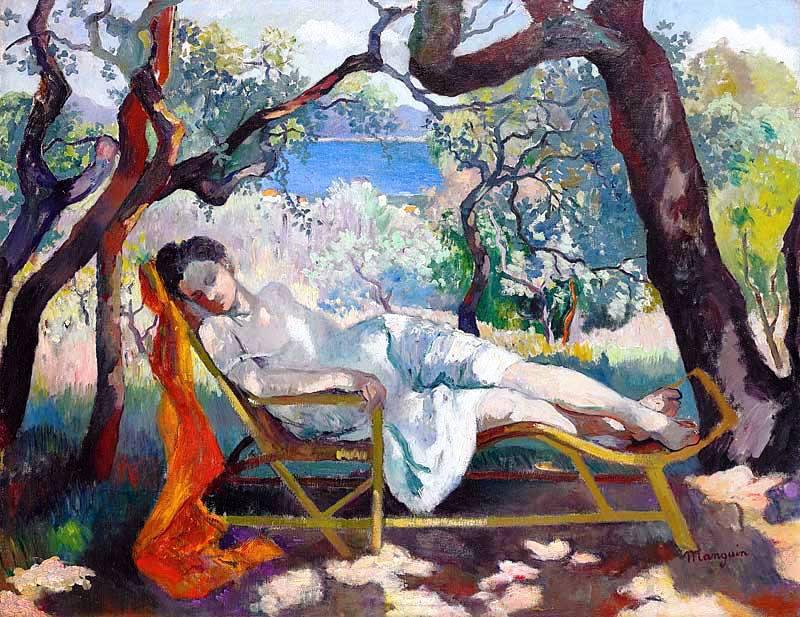 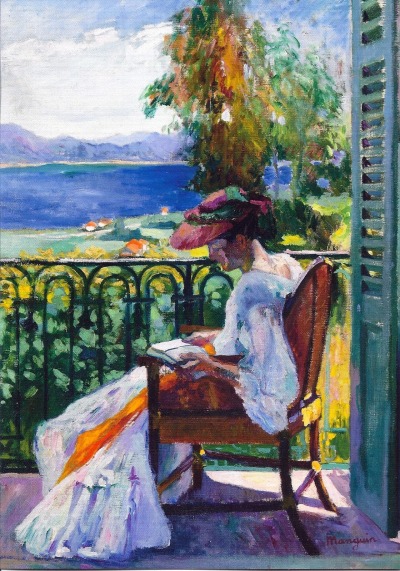 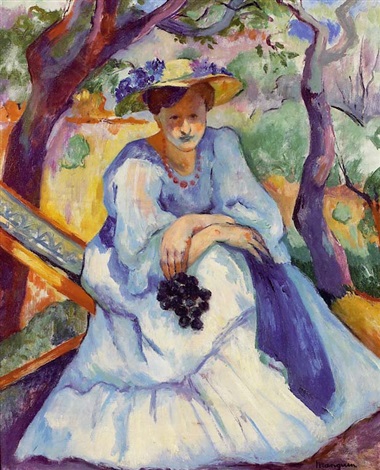 Femme à la grappe, villa Demière - 1905-06
Probably Jeanne again, but the feeling is a whiff of Cézanne with a touch of Fauvist coloring. 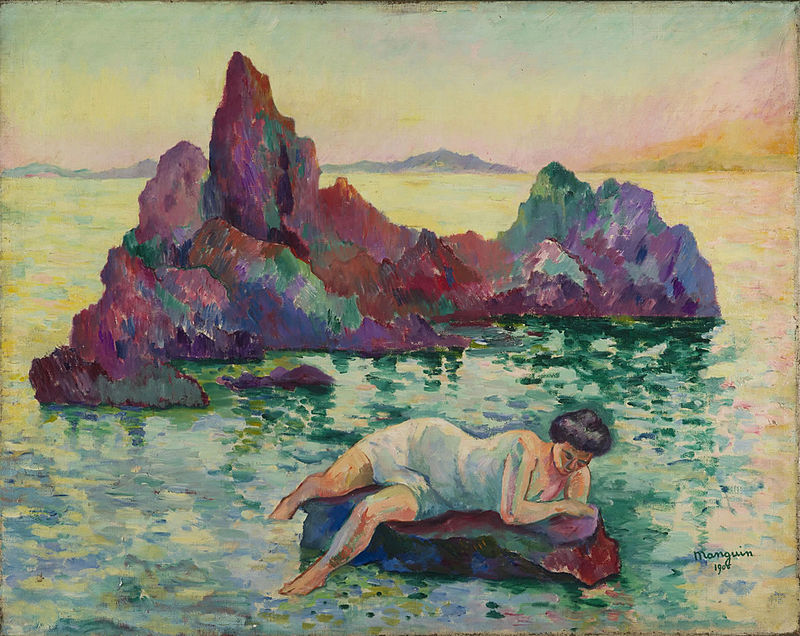 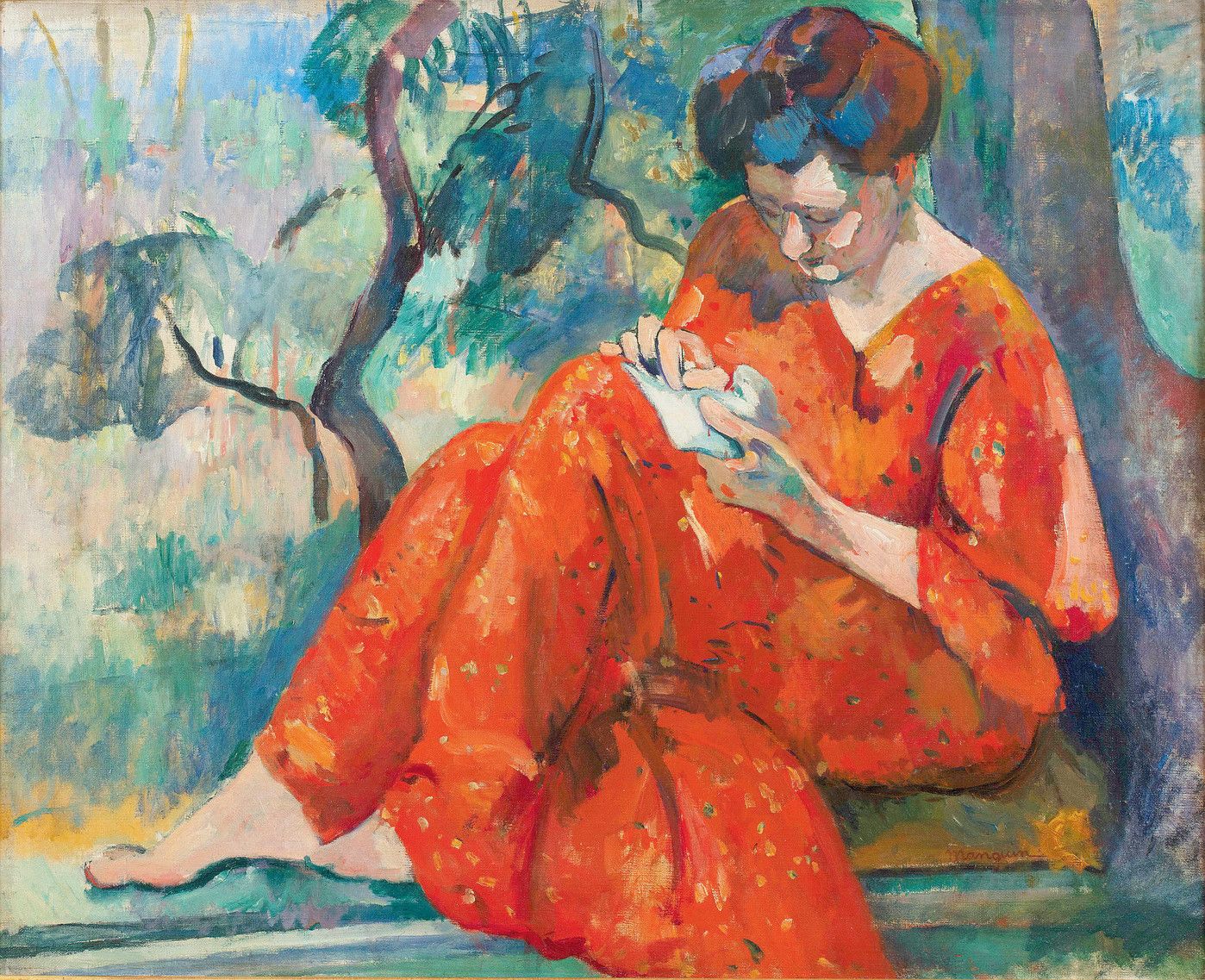 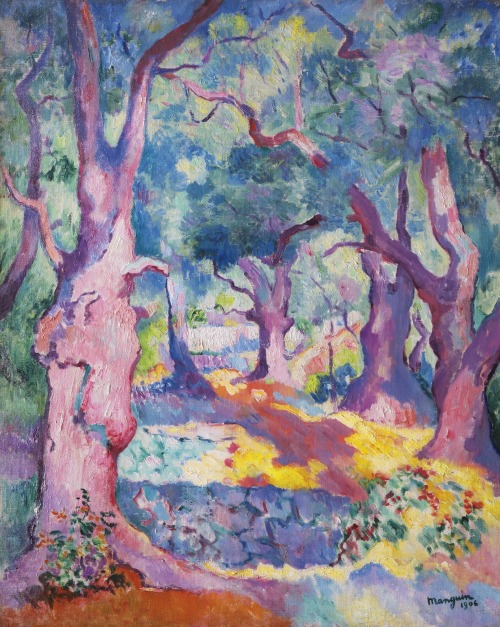 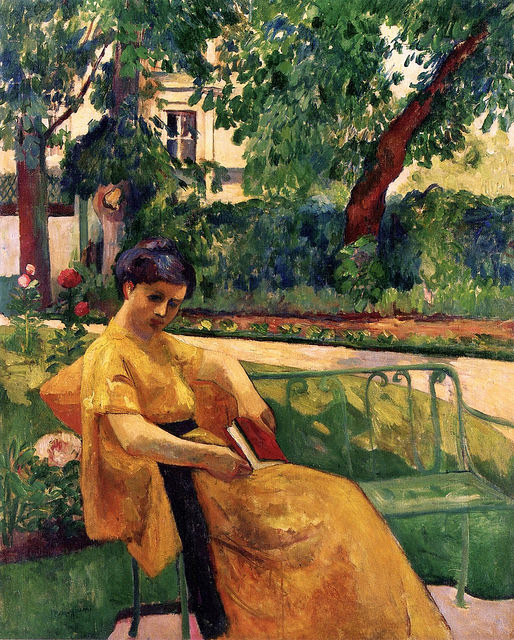 Jeanne in Yellow in the Garden at Nuilly
No date for this, so it might be from the very early 1900s. 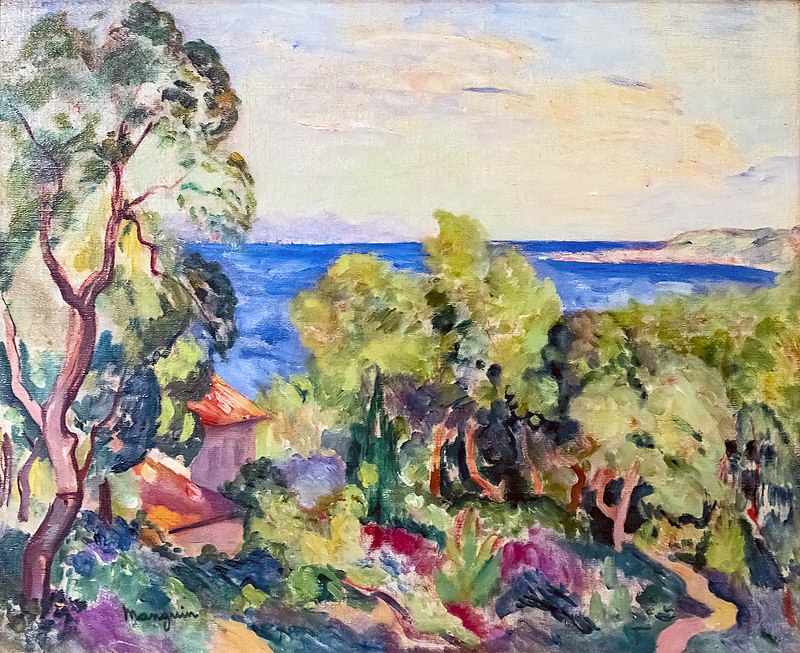 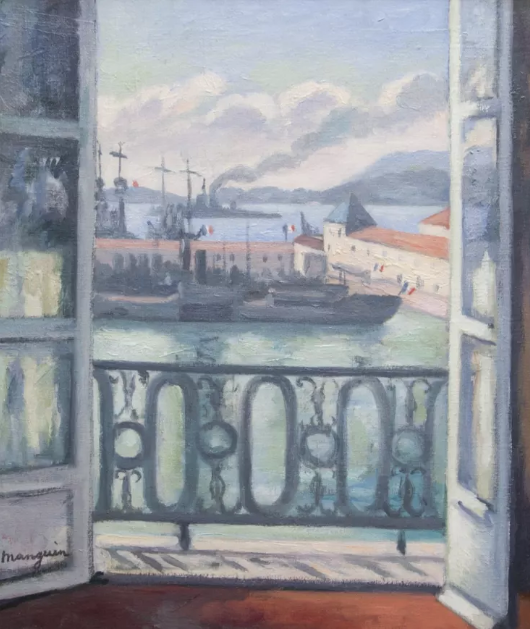 View from the Terrace - 1926-27
The warship in the distance suggests Toulon. 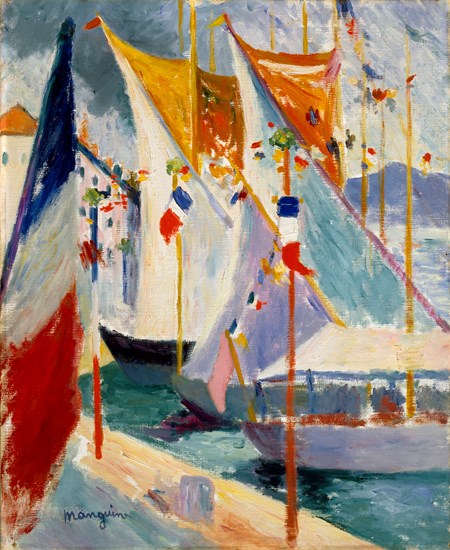 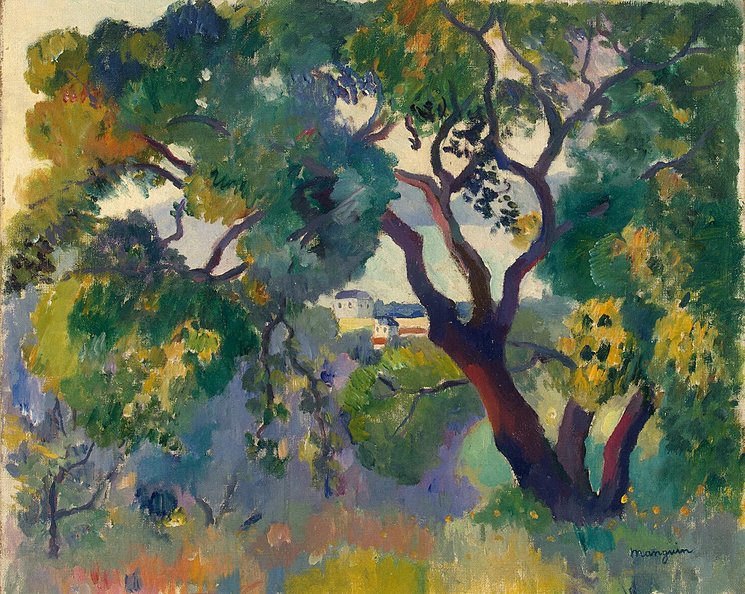 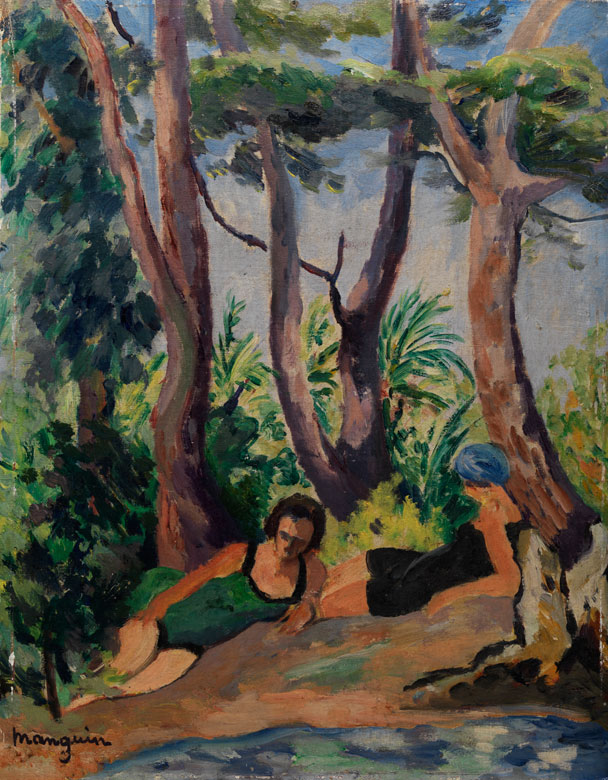 Saint-Tropez - 1949
Painted the year he died, if the date seen on the Internet is correct. However, the style of the bathing suits seems more 1920s than 1940s -- though I might be mistaken.