Vittorio Zecchin (1878-1947) was born and died on Venice's famous art glass island of Murano. He was the son of a glassblower and worked in that field for part of his career. He also worked with fabrics and for a while he painted -- the subject of this post.

Some information regarding him can be found here (scroll down a little). There is much more here, but little is said regarding his career as a painter.

It seems that a 1910 exhibit of Gustav Klimt paintings inspired him, though he surely was aware of Art Nouveau artists such as Aubrey Beardsley, echoes of whose work might be detected.

Zecchin's most noteworthy paintings were a set of murals for a Lido hotel that was destroyed -- though much or all of the art remains. The theme of the murals was the Thousand and One Nights, a work very popular around 1914 when the murals were completed.

Below are some examples of Zecchin's paintings, including a few iPhone snapshots I took at Venice's Ca' Pesaro museum. 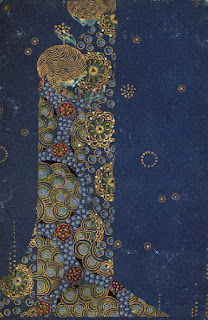 The title, according to its Internet source is Perle, but I know nothing else regarding this. 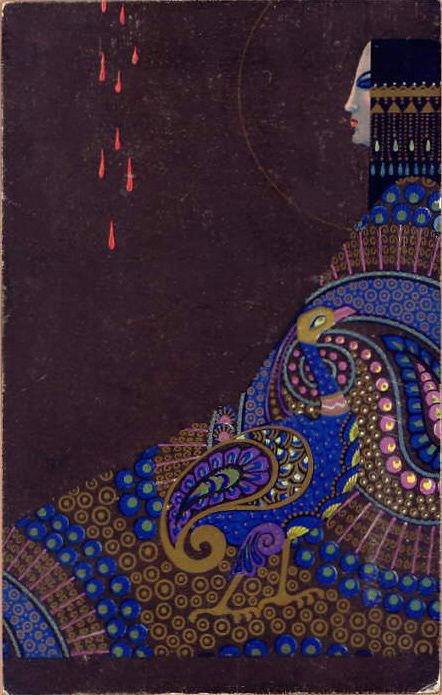 The Internet has this as an image of Salome, though again I am not sure about that. Note the Paisley elements. 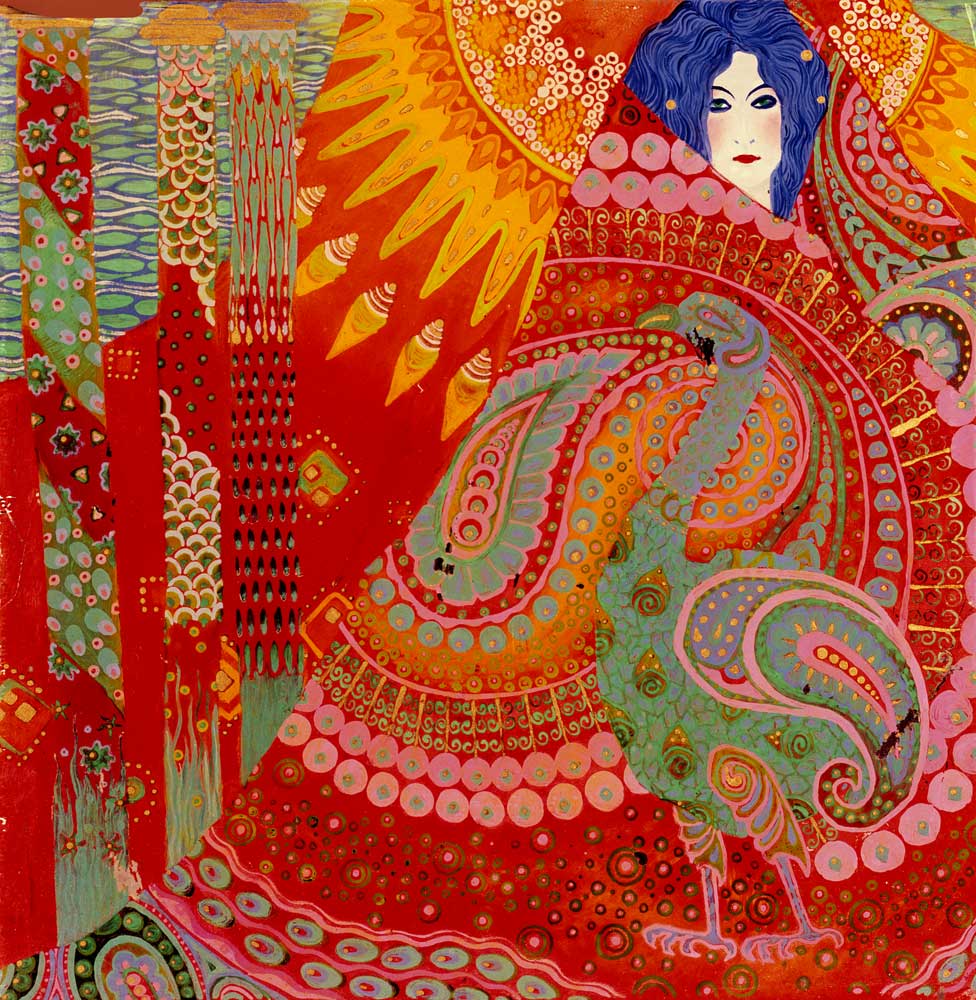 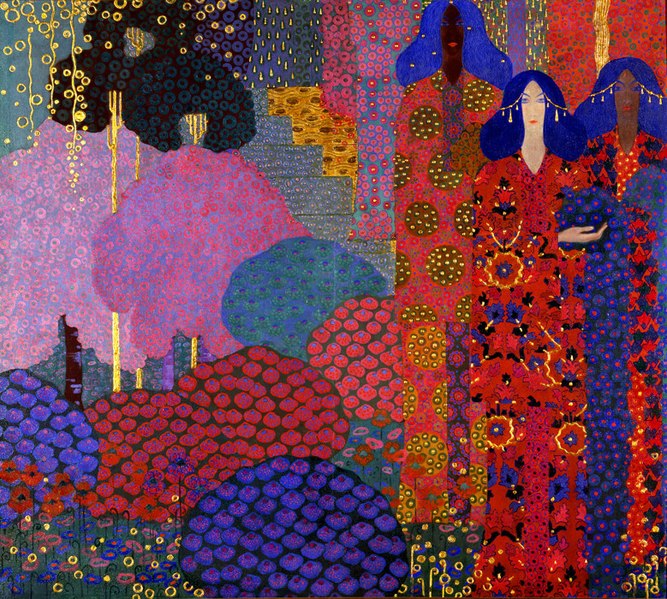 Part of the Thousand and One Nights mural. 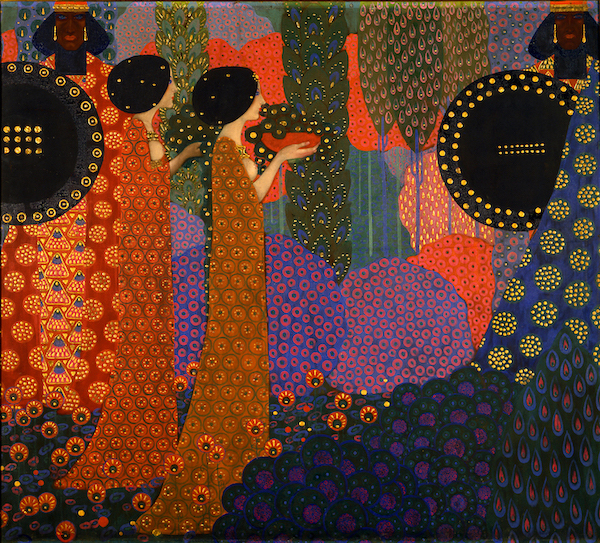 Le principesse e i guerrieri (the Princesses and the Warriors), another segment of the mural, this image from the Internet. 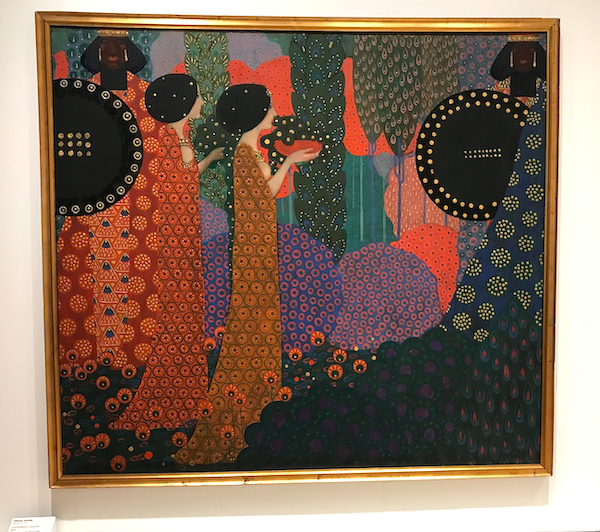 The previous painting as seen at the Ca' Pesaro. Its size can be gleaned by that of the card at the lower left. 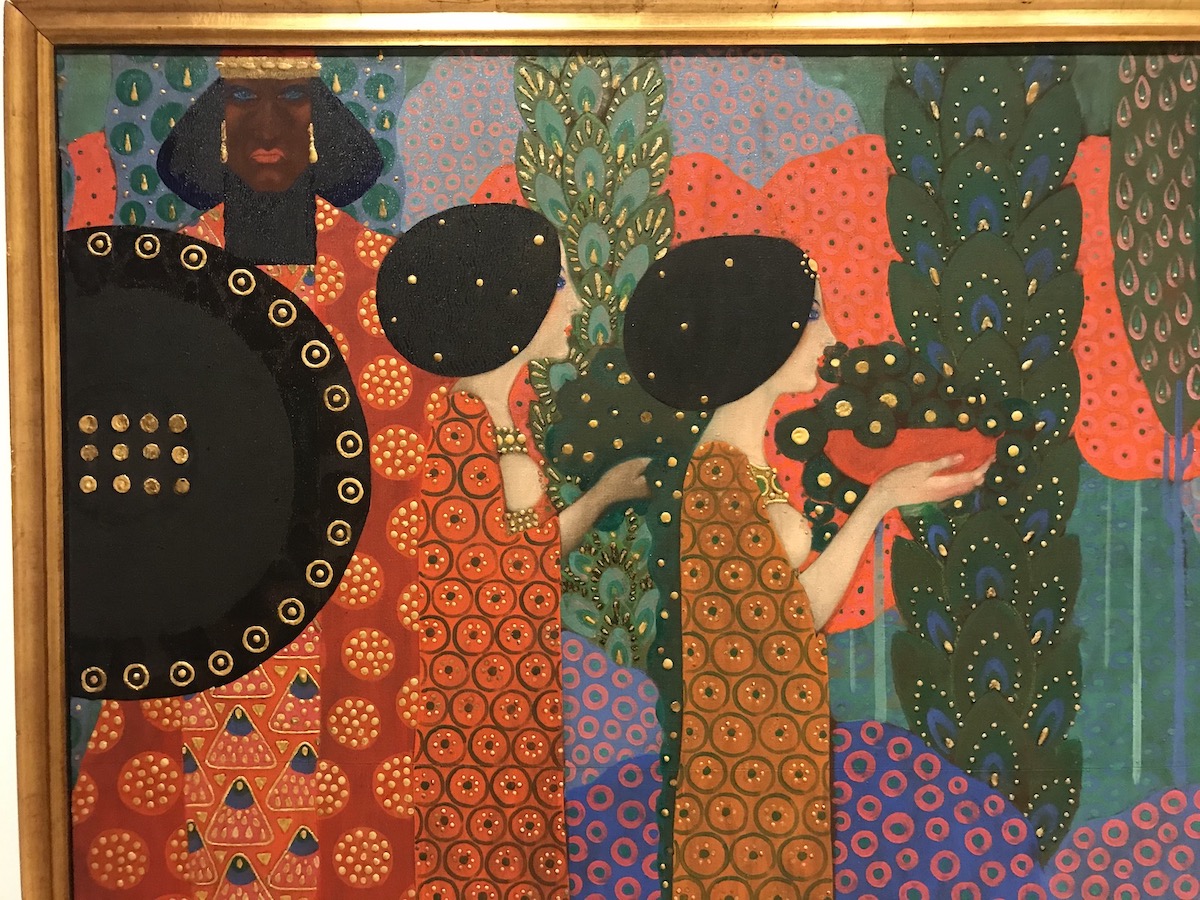 Detail. Its caption mentions that it is of oil and golden stucco on canvas. Click on the image to enlarge.
Posted by Donald Pittenger at 1:00 AM

Go Vittorio Zecchin! Now I will have to read up on an artist whose name I had never heard.

The paisley elements were beautiful, but a bit unexpected.

I just noted your article in a comment in my little art group Art Students League of Capitol Hill. I would like to find a way to subscribe to your blog but never got the process down. https://www.facebook.com/groups/1630363433878478/
Then again if you do facebook i would love to have yyou join us.

barry -- No need to subscribe. Just type in the URL as needed.