Hugh H. Breckenridge (1870-1937) was a long-time instructor at the Pennsylvania Academy of the Fine Arts who had studied in Paris under the supreme realist William Bouguereau. A little background can be linked here.

I need to confess that I had never heard of Breckenridge until I stumbled across one of his paintings on the internet. Turns out that he was both versatile and did good work in a variety of genres: no one-trick pony he.

Below are examples of most of the genres he worked in. I think he was especially good using bold compositions and bold colors. 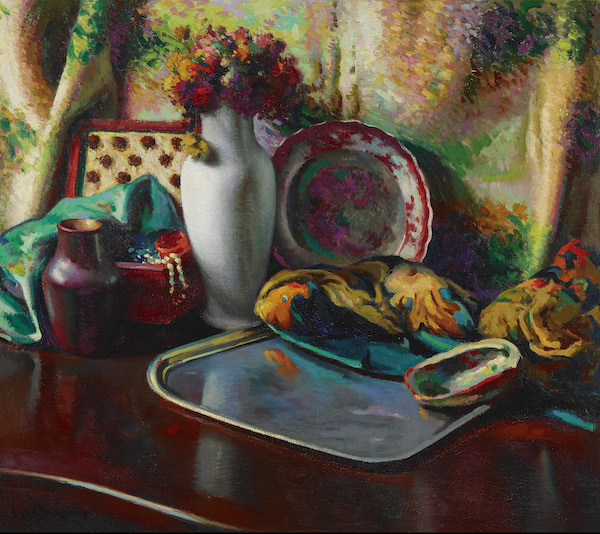 The White Vase
I don't have a date for this, but will assume for now that it's not a late painting. 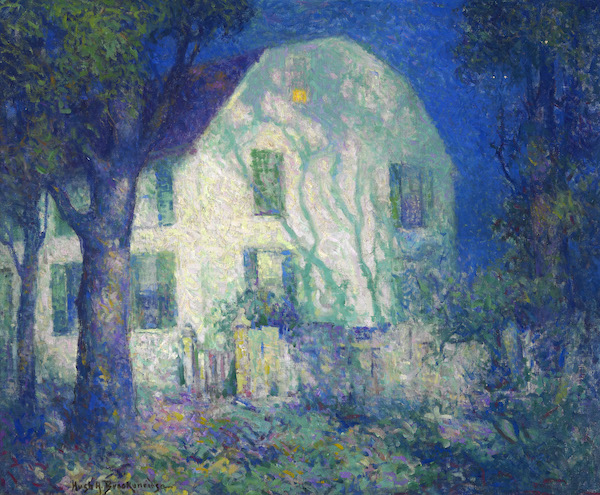 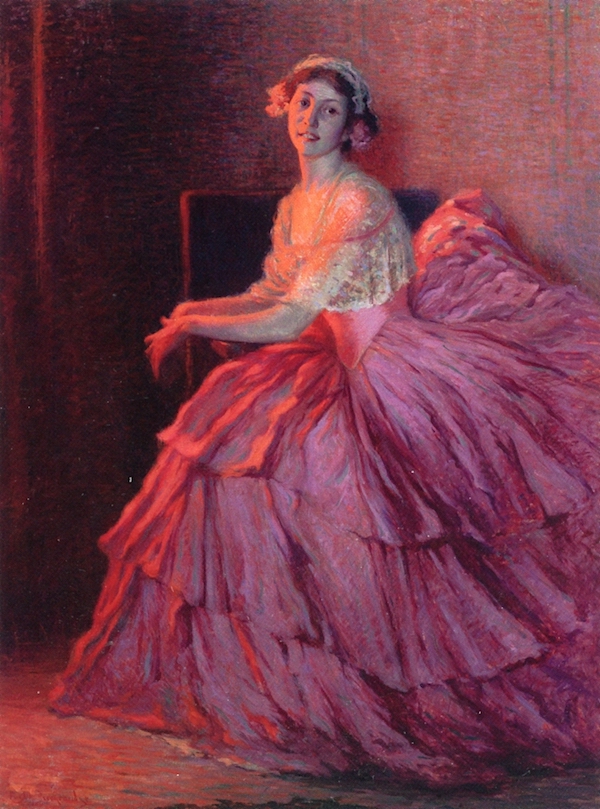 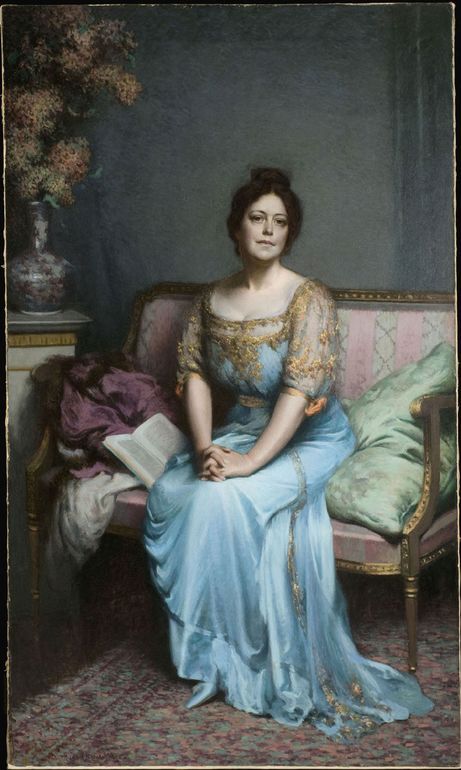 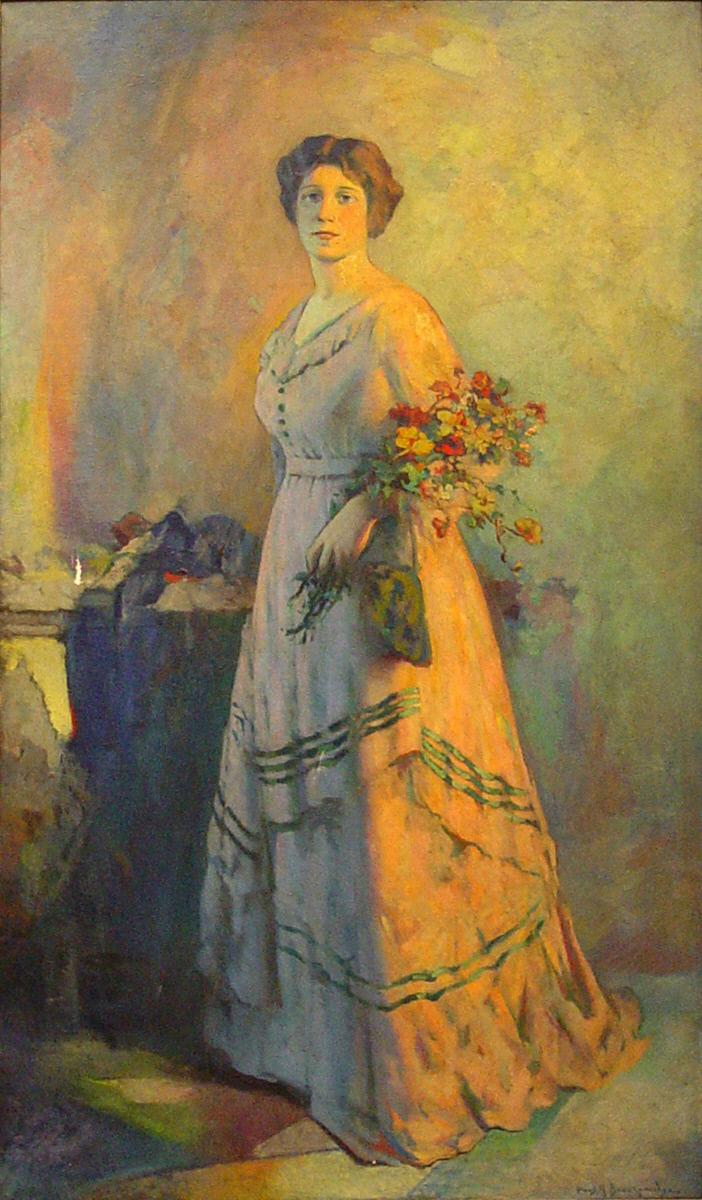 Blue and Gold - c. 1916
A few years later, this portrait is still representational, but the color scheme has a whisper of Fauvism. 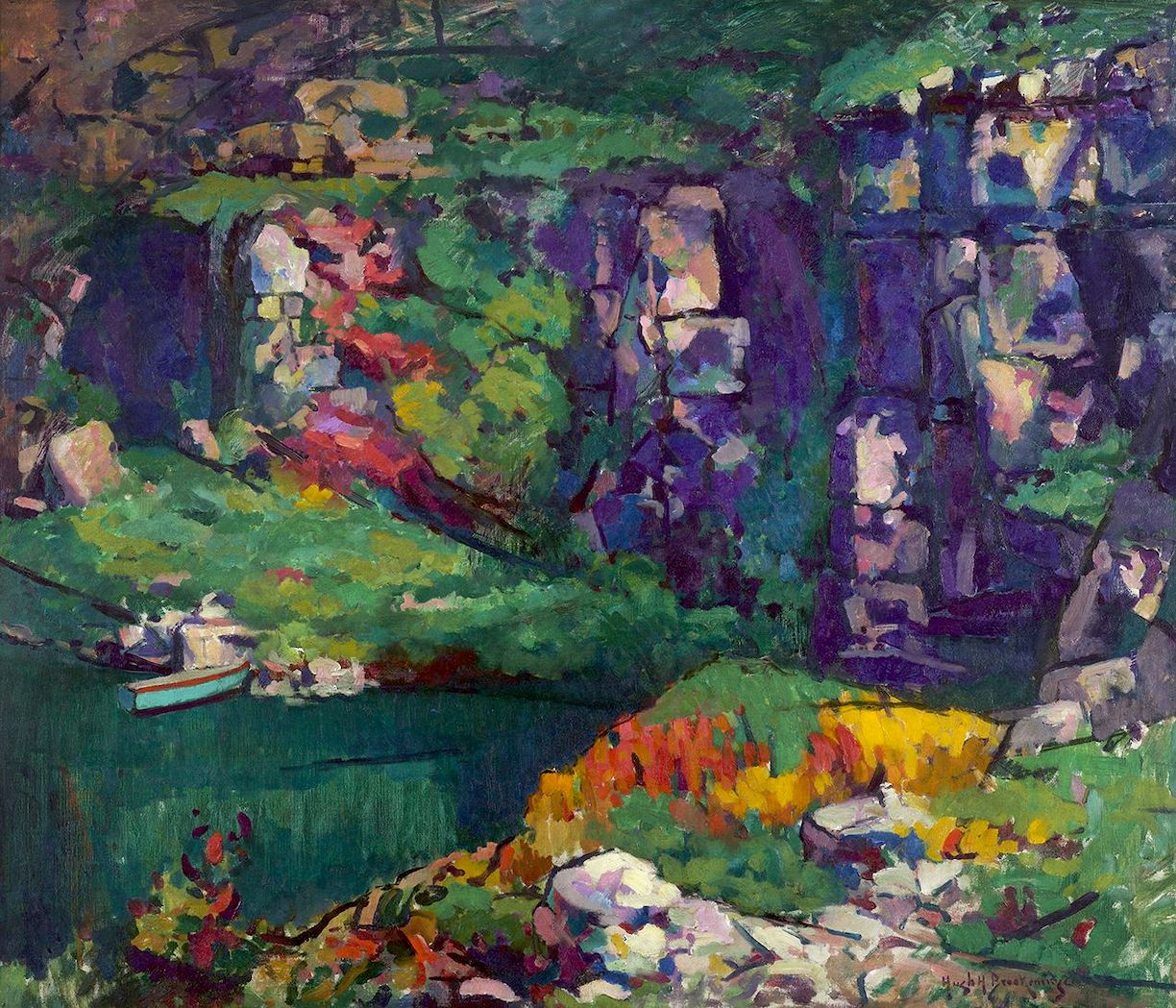 The Lake - 1916
Philadelphia was quite art-conscious in the early 1900s, and being an instructor at the city's prime art school, Breckenridge must have made a point to be aware of the state of European Modernism in its various forms. 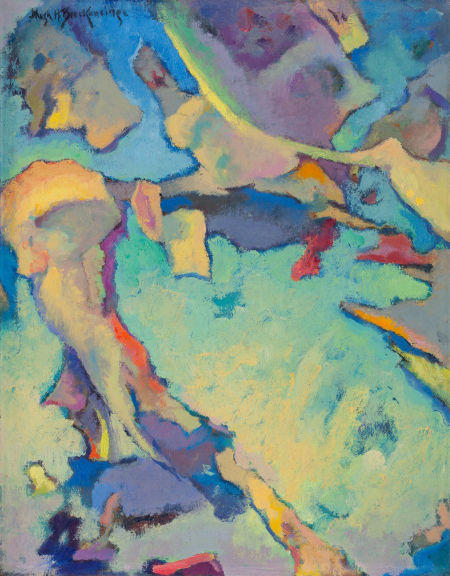 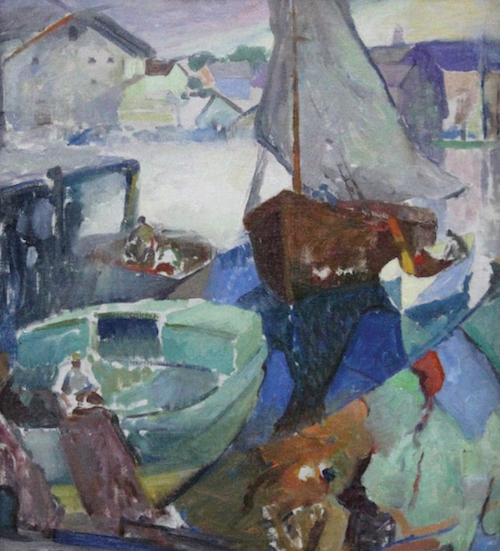 Return of the Fishing Boat - c. 1924
On the other hand, this composition seems pretty messy. 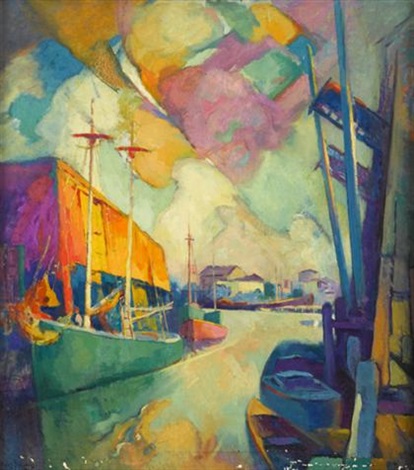 View of Gloucester Harbor
A much nicer seaside view with colors that remind me of other artists' paintings of Venice Lagoon scenes. 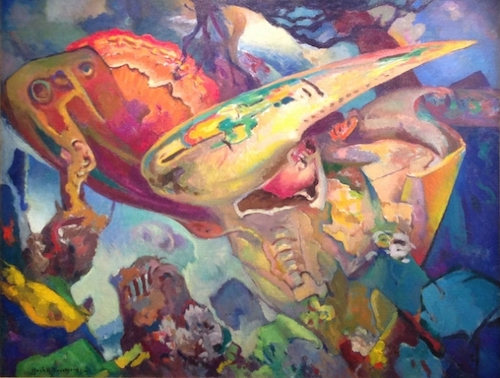 Beneath the Sea - 1928
Surrealist art was just getting going about the time he painted this, but its effect strikes me as prefiguring 1930s Surrealism. 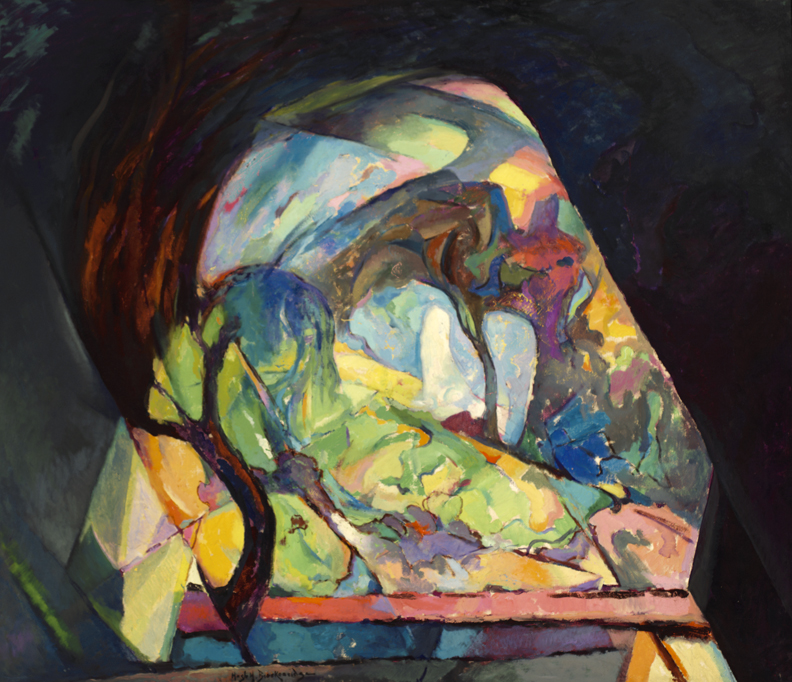 The Tree of Life - 1929
More bold colors with hints of Cubism and representationalism. 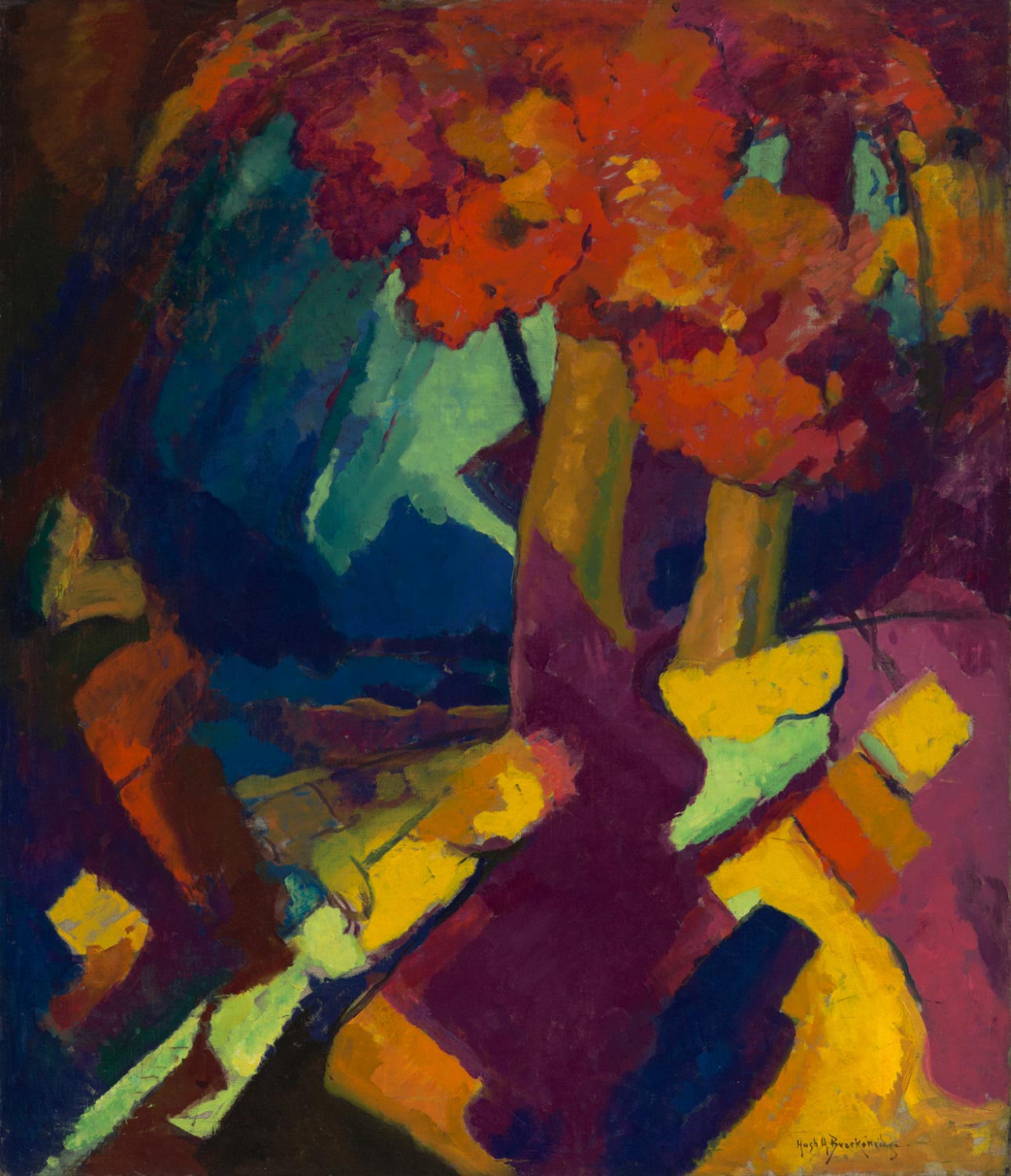 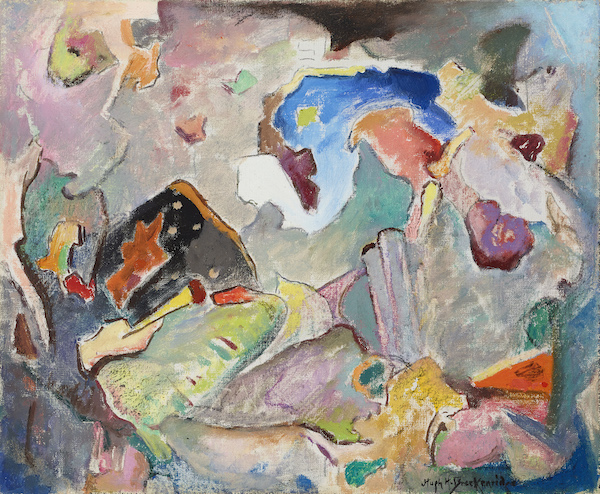 Abstraction
Unfortunately, I have no date for this. The weak colors are not helpful.
Posted by Donald Pittenger at 1:00 AM