The "Queen Mum" as she was popularly called late in life, lived at a time when photographic portraiture became dominant over painted portraiture. However, due to her royal standing, she was portrayed using oil paints on canvas a number of times.

Some of the images are from the Royal collection and some others are from the National Portrait Gallery and are copyrighted. They are used here to illustrate how various artists chose to portray her over the years, influenced by current artistic fashions and by their own artistic backgrounds. 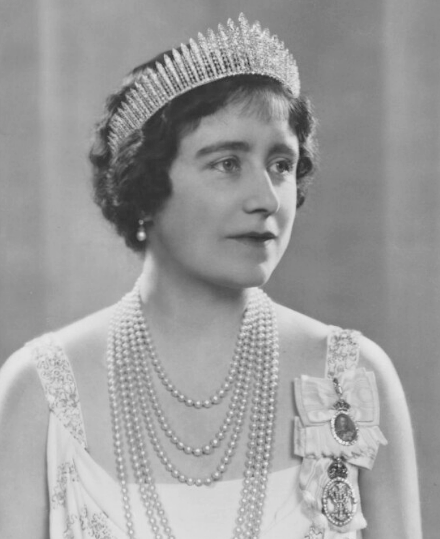 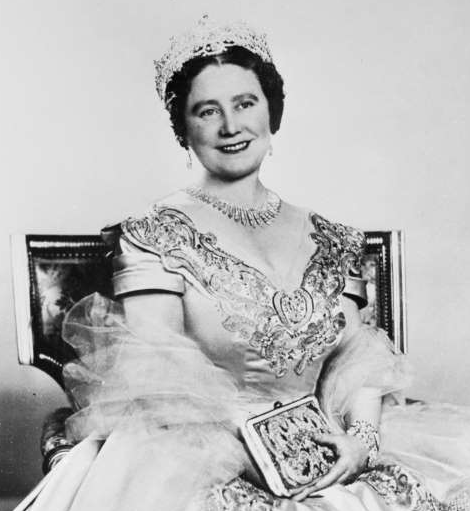 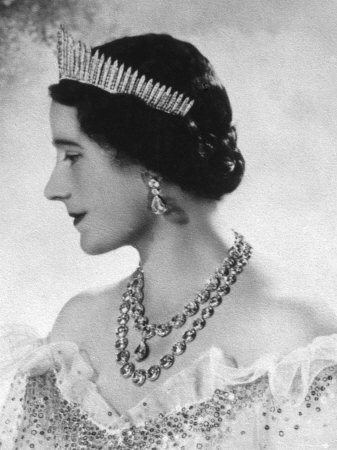 Three photos. The first when she was in her twenties. I am not sure when the second (image cropped) was taken: perhaps in the late 1940s. The third seems to date during the early years of her marriage; I include it because her pose is similar to that in the following image. 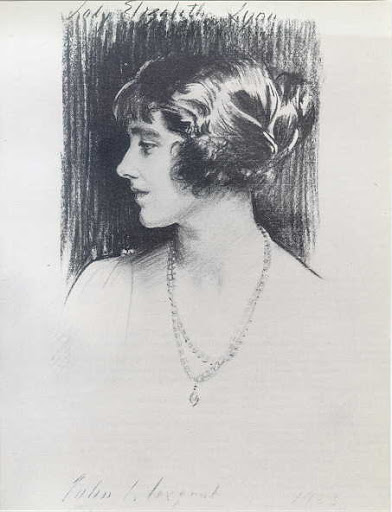 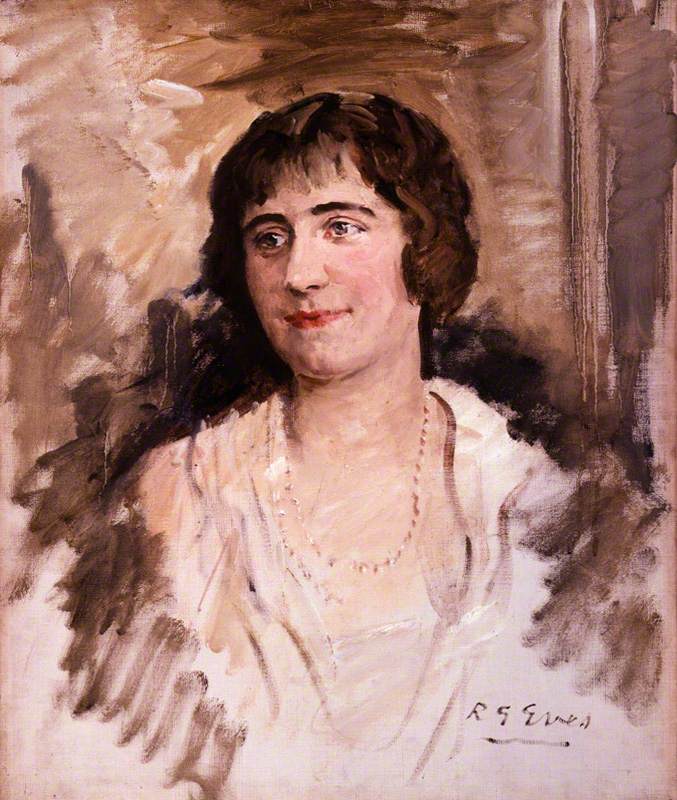 by Reginald Grenville Eves - 1924
This is essentially an oil sketch, though the artist signed it as a finished work. It does not flatter her, in part due to the rough brushwork on her face. 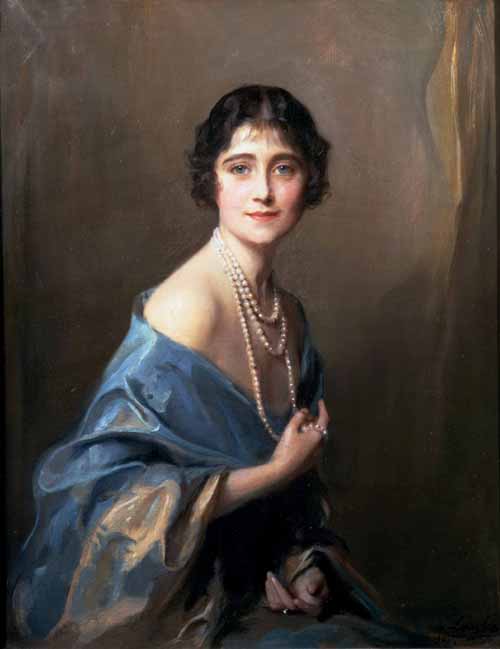 by Philip de Laszlo - HM Queen Elizabeth when Duchess of York - 1925
He was a leading portrait artist, and this is one of his best-known paintings. 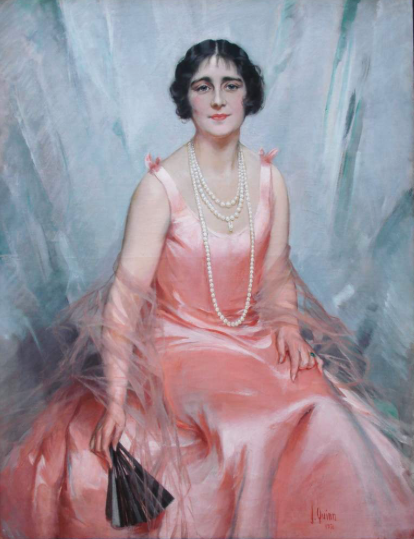 by James Quinn - 1930
There seems to be something wrong here having to do with her eyebrows, upper nose, and eyes. 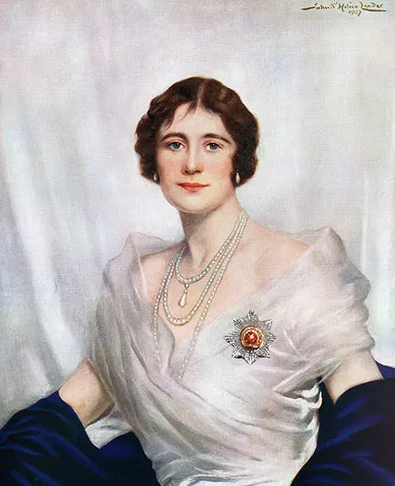 By John Helier Lander - official coronation portrait - 1937
Compared to the two paintings below that were made not long after, it seems that Lander might have shown Elizabeth as looking younger than she was. 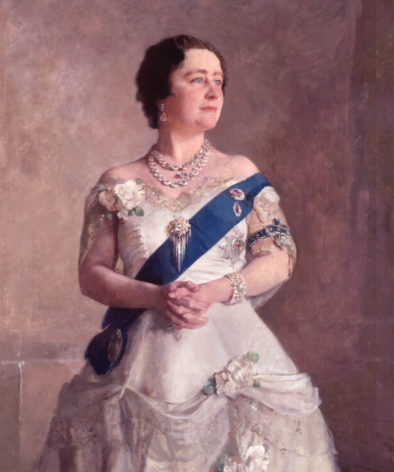 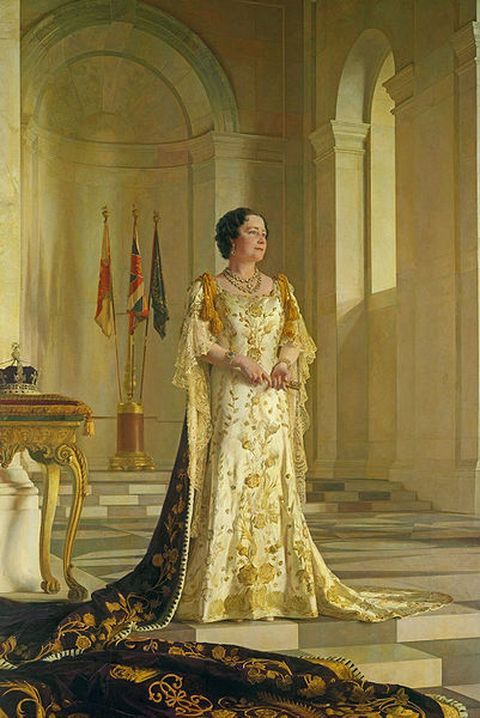 By Gerald Kelly - c. 1940
Kelly painted several portraits of her. This has a particularly "official" feeling -- note the crown at the left. 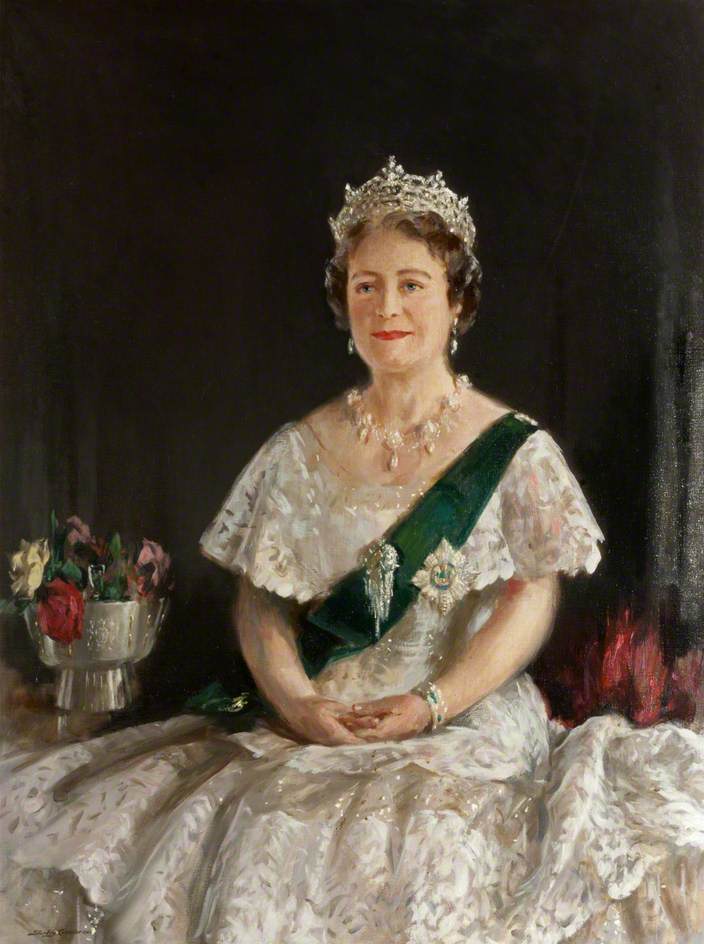 by Stanley Cursiter - 1965
Cursiter was skilled at portraying attractive women, but something went wrong when he depicted her arms. 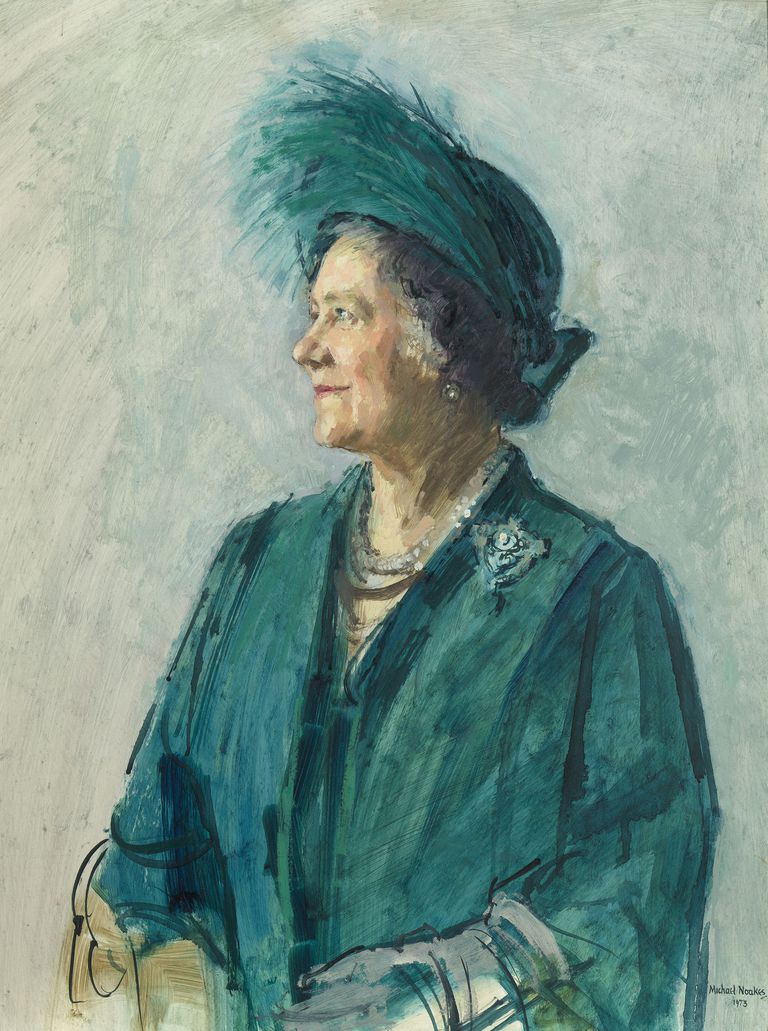 by Michael Noakes - 1973
This is similar in spirit to 1960s American magazine illustration by the likes of the great Bernie Fuchs. That said, I place this on par with the fine de Laszlo portrait shown above. 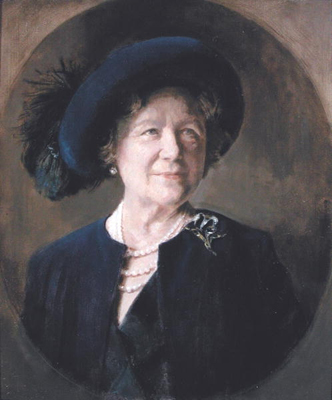 by Robert Norman Hepple - 1987
Elizabeth was now in her late eighties, but this somehow doesn't seem quite like her.
Posted by Donald Pittenger at 1:00 AM