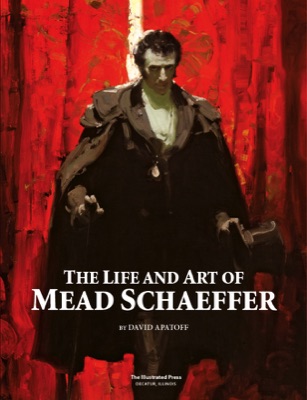 Mead Schaeffer (1898-1980) is one of my favorite illustrators. I wrote about some of his works here, here, here and here.

Now David Apatoff, America's leading illustration maven, has a book about Schaeffer due to appear in July. The cover is shown above, and information regarding it can be found here. Of course I ordered a copy and eagerly await it.

As I wrote here, Schaeffer claimed that he was happy to move from his signature period-piece illustrations so as to portray contemporary scenes. My take then and now is that his early,  pre- World War 2 illustrations were his best. I suspect Apatoff agrees, because the book's cover art is from that earlier career phase and not one of his later works.

A few examples indicating Schaeffer's stylistic evolution are shown below. 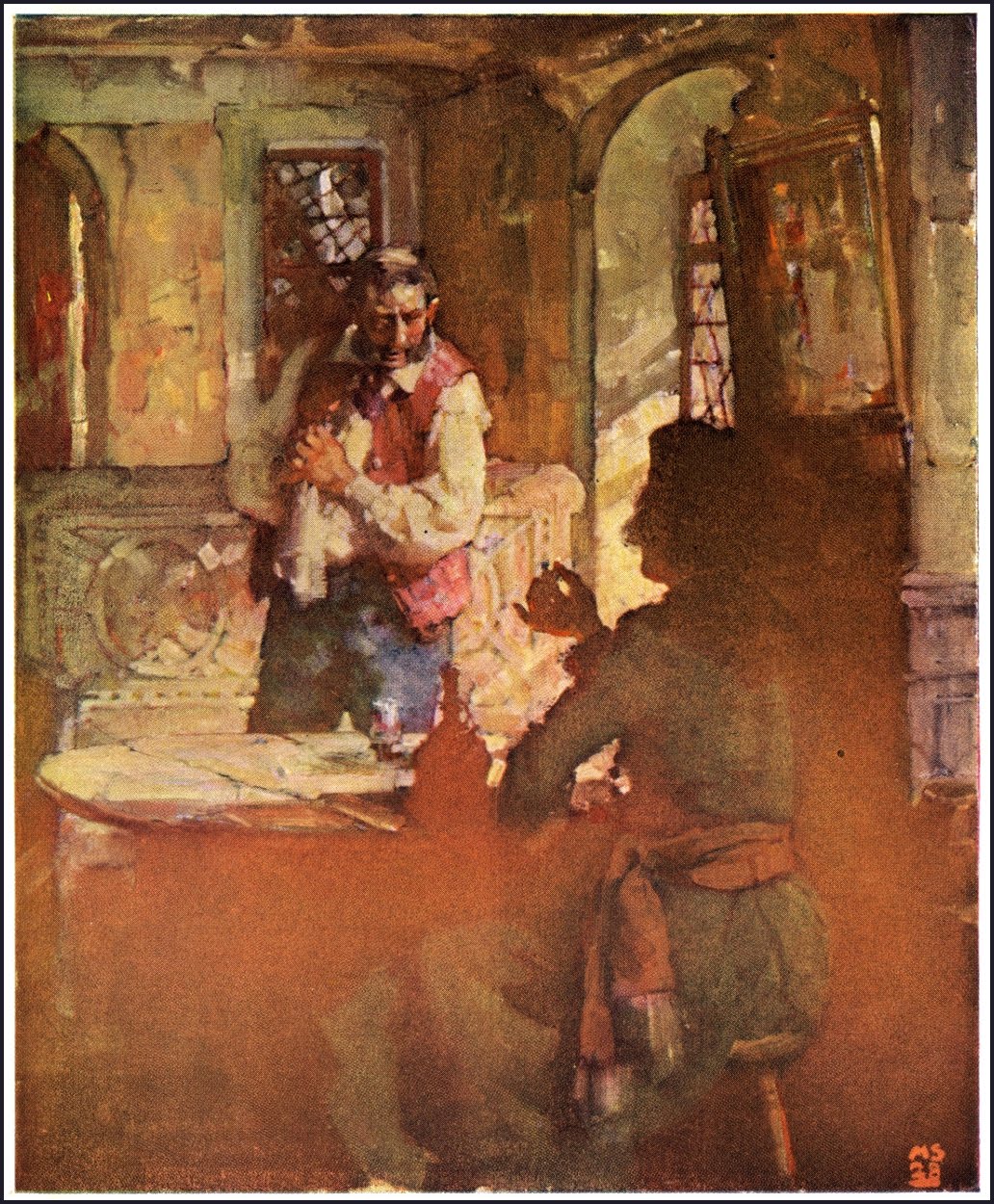 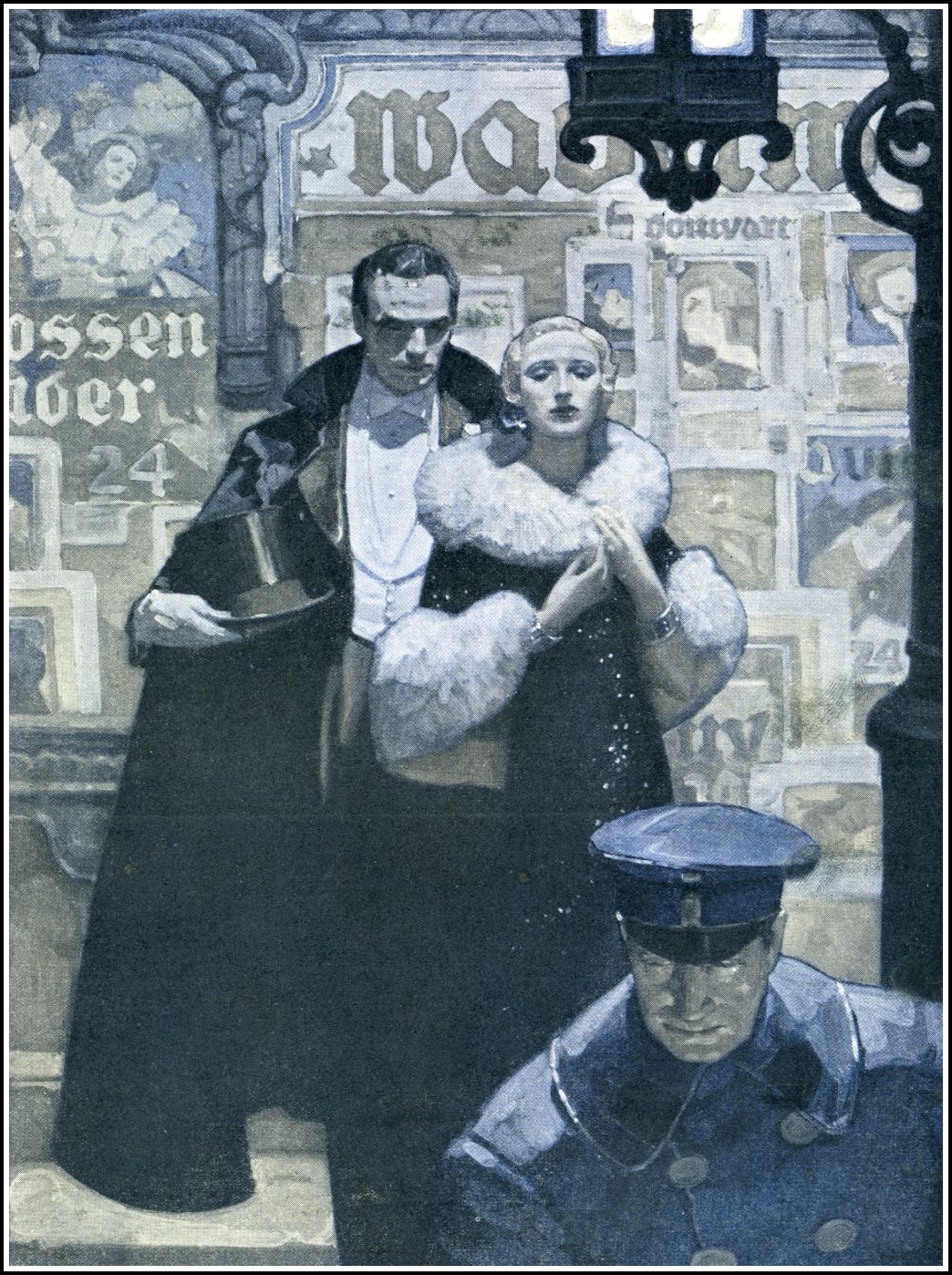 A 1932 illustration for Good Housekeeping Magazine showing a German scene. 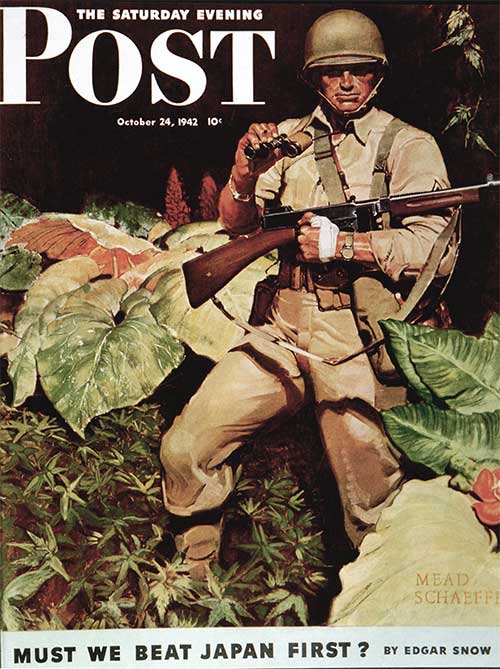 He painted a number of Post covers depicting American military personnel in a variety of wartime activities. Here his style is less painterly -- and far less distinctive, though it might have been more commercially viable given shifts in illustration fashion. 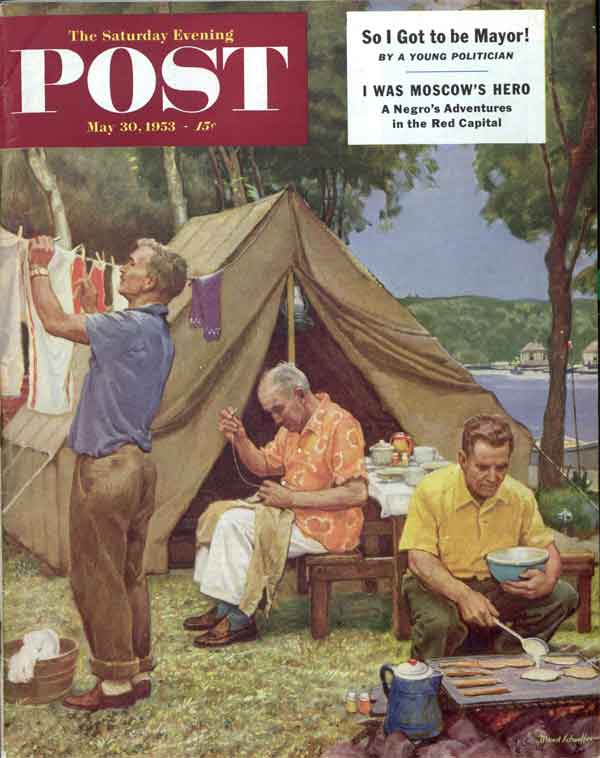 A Post cover from 1953. I do not know the extent to which this bland scene was the idea of Schaffer or that of the Saturday Evening Post's art director.
Posted by Donald Pittenger at 1:00 AM