Stanley Cursiter (1887-1976) was a Scottish painter who was Keeper of the National Galleries of Scotland from 1930 until 1948. I wrote about him here, and his Wikipedia entry is here.

During the first half of the 1920s he painted several works featuring attractive young women, especially one named Poppy Low. 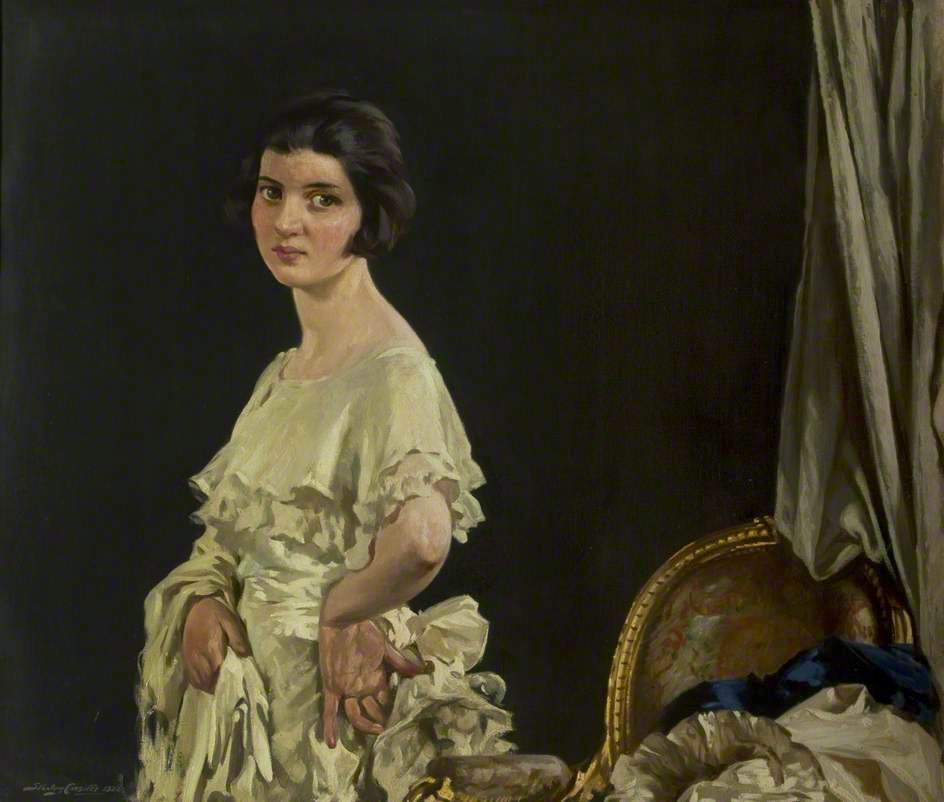 Roberta - c. 1922
She might also be the subject of the previous painting. 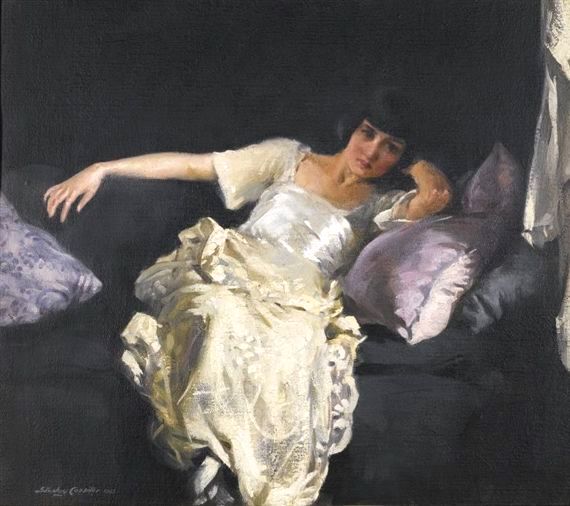 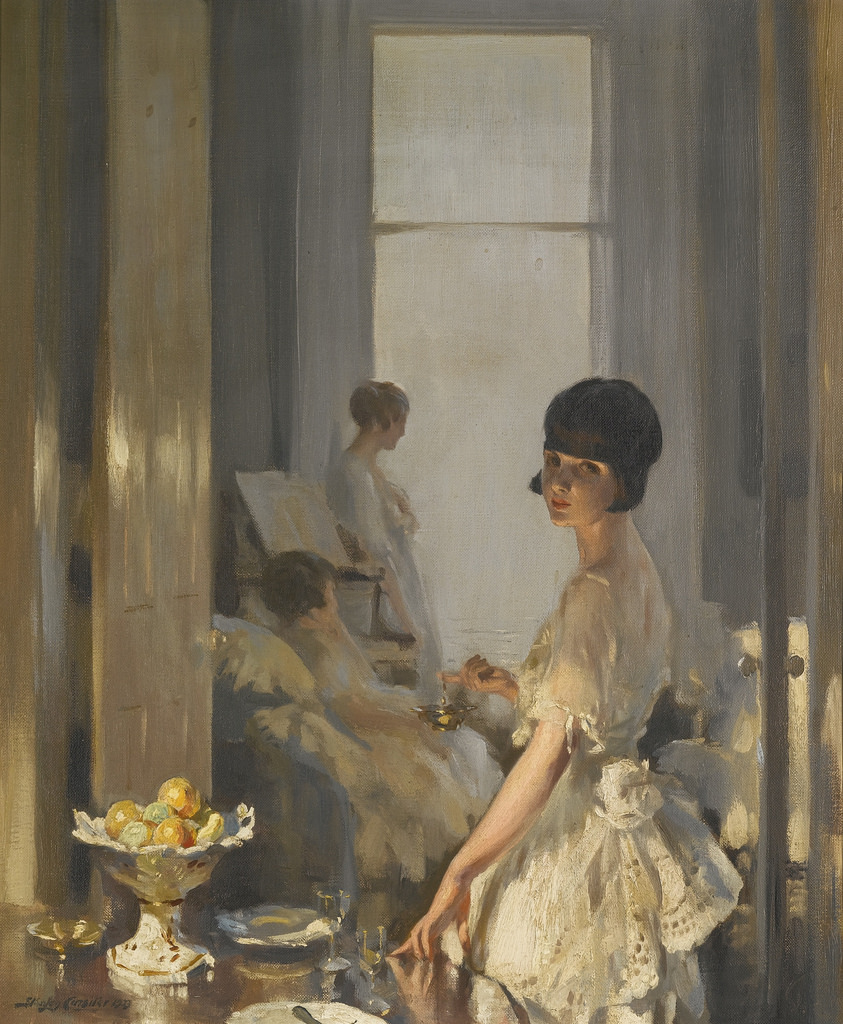 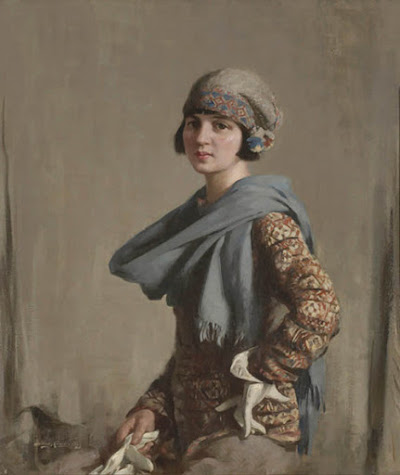 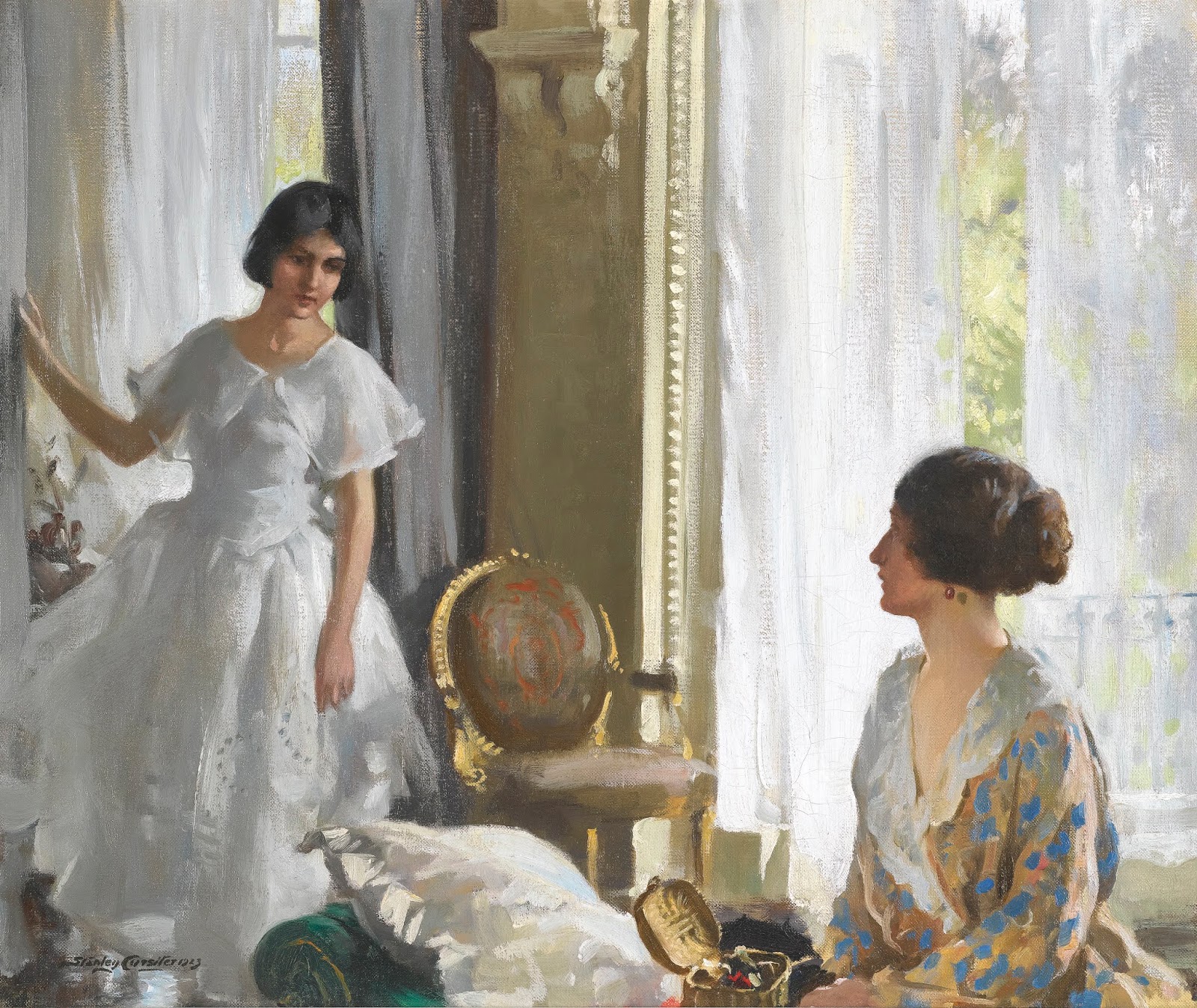 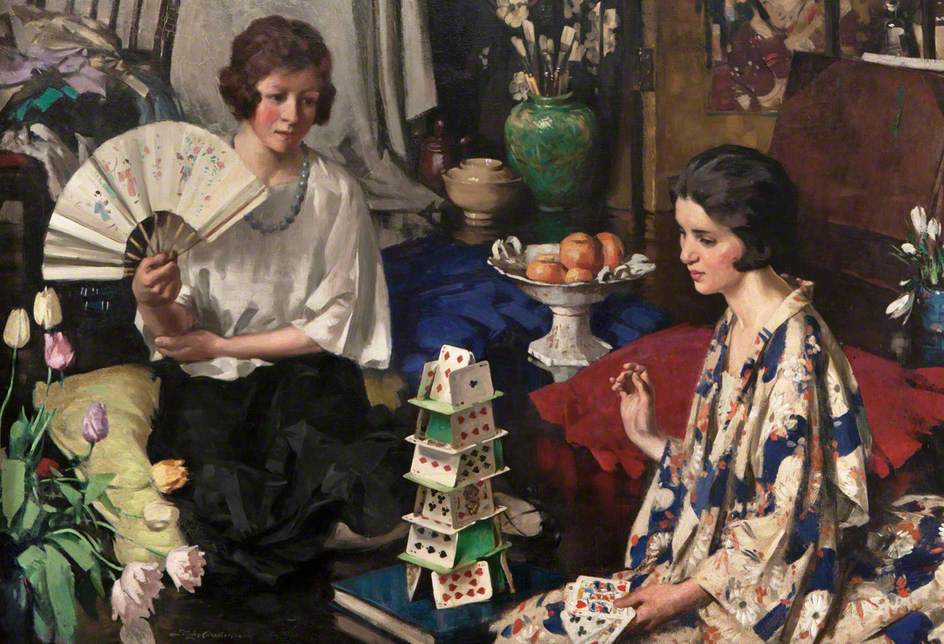 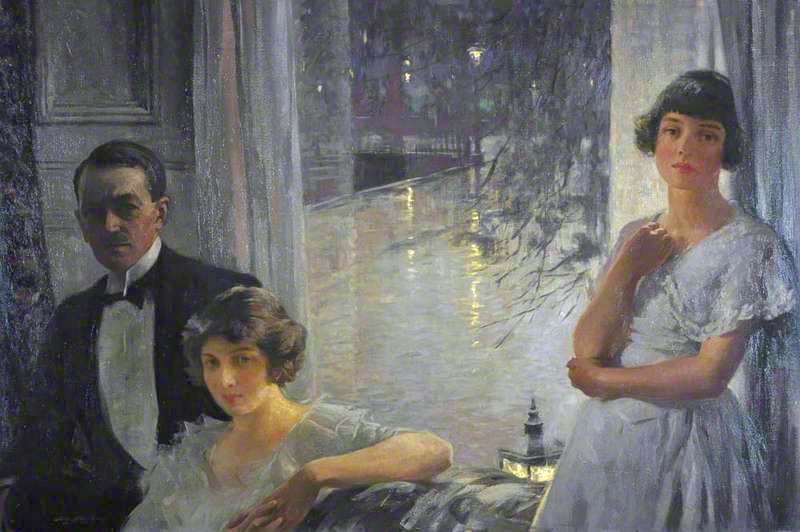 Artist, Self Portrait, with his wife Phyllis Eda Hourston, and his model Poppy Low, Chez Nous - 1925 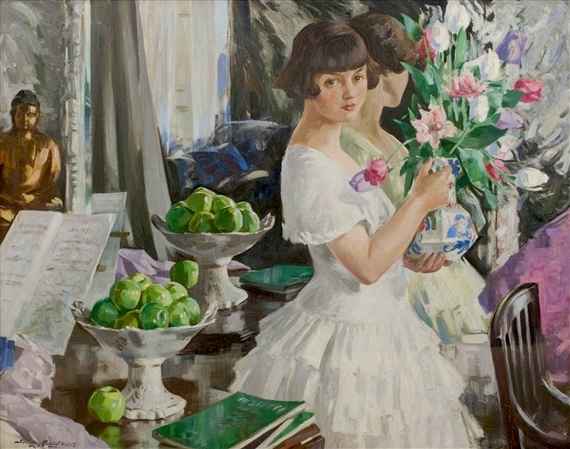 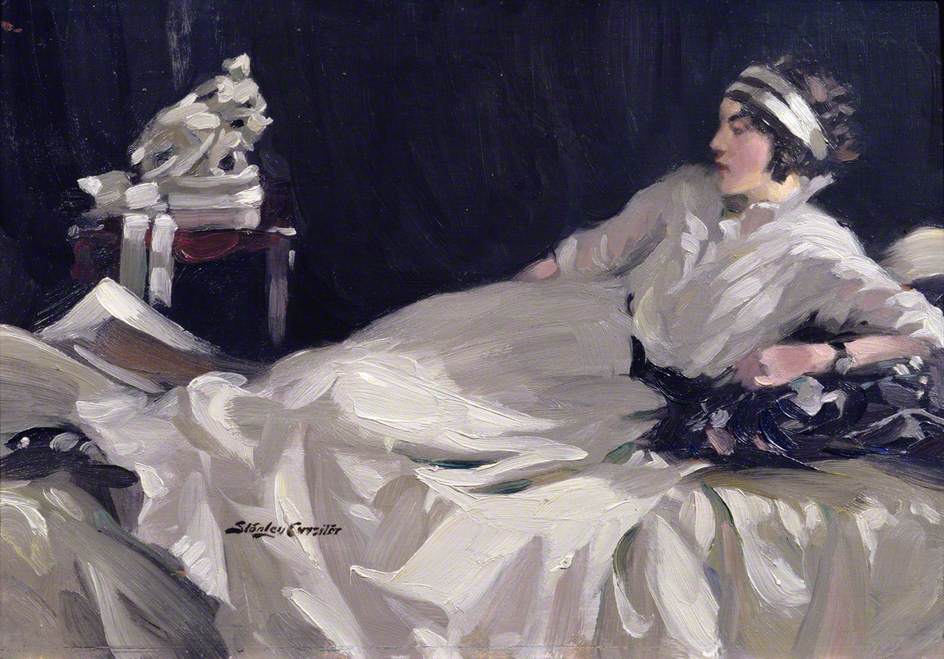 Reclining Lady
Undated: This might be his wife.
Posted by Donald Pittenger at 1:00 AM