Noel Douglas "Bud" Sickles (1910-1982) is perhaps best known for his 1930s work on the "Scorchy Smith" comic strip. Following that, he earned his keep as an illustrator. Some background is here.

Sickles was a very good illustrator. He could depict people, something competent illustrators of his day could be expected to do. But he also was excellent depicting vehicles of various kinds -- ships, cars, aircraft and military equipment. I discussed his versatility here

The present post features some of his illustrations from the early days of World War 2 that appeared in Life, America's number one image-based magazine at the time. As best I can tell, all the scenes below are the fruits of Sickles' imagination, but the details are realistic, showing uniforms, equipment and such. Click on images to enlarge. 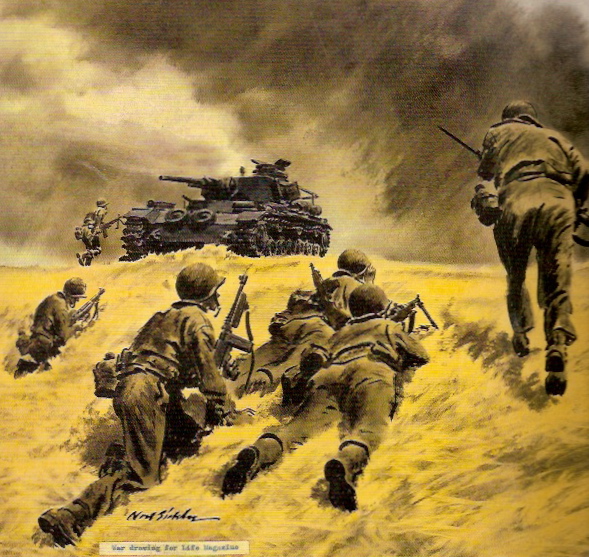 I wrote about this fine Life Magazine illustration here. Sickles made numerous illustrations for Life during World War 2, many with the subject of tanks and dealing with them. For what it's worth, I would not want to attack a PzKpfw IV armed with the tommy gun and other light weaponry shown in the drawing. 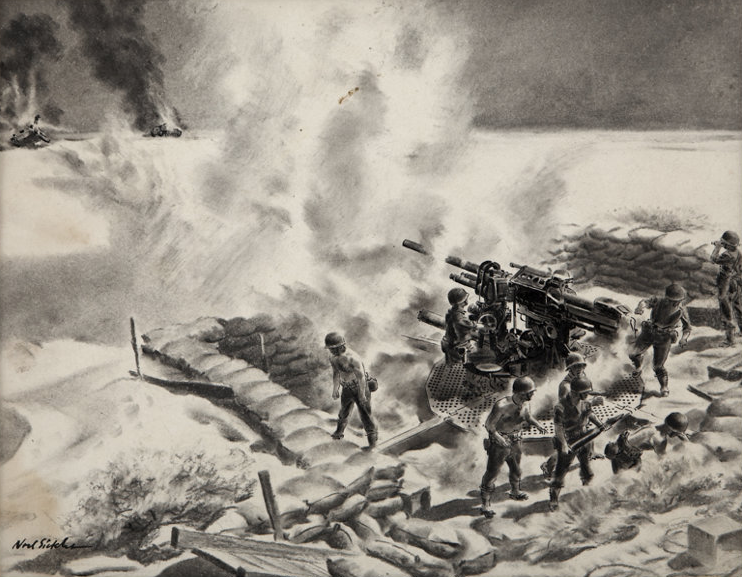 An anti-tank canon shown in a hypothetical African desert encounter.  I doubt that such an action took place, given that American forces did not fight in the open Libyan desert as the British did in 1940-1942.  If my conjecture is wrong, let me know in a comment. Also, the soldiers' helmeted heads seem a little too large -- a rare failing for Sickles. Perhaps this was a rushed project for him. 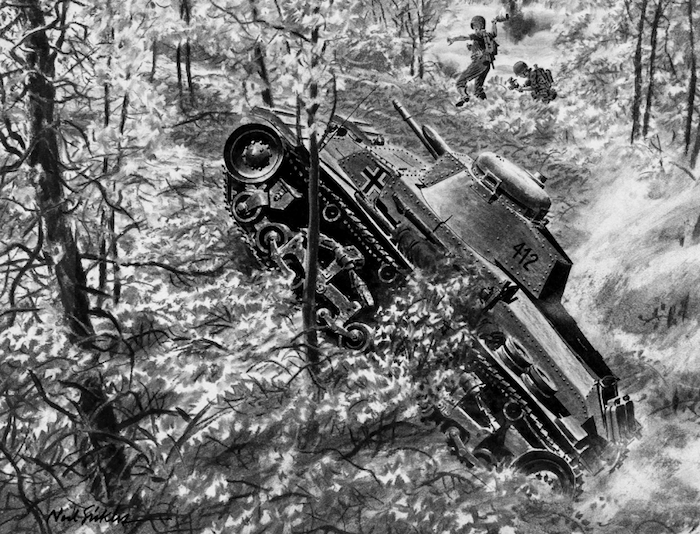 Here is a German Czech-built Panzerkampfwagen 35(t) stuck in a ravine while being attacked by partisans with Molotov Cocktails.  Again, the figures don't seem right. Clearly, he paid more attention to depicting the tank accurately. 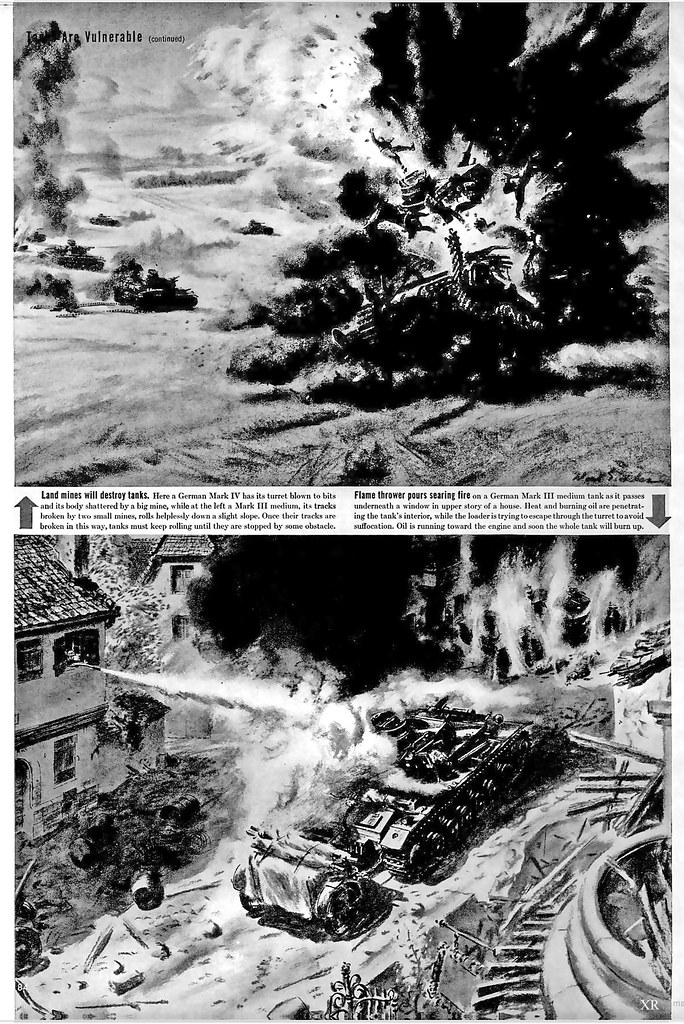 From a 1942 Life article titled "Enemy Tanks are Vulnerable." 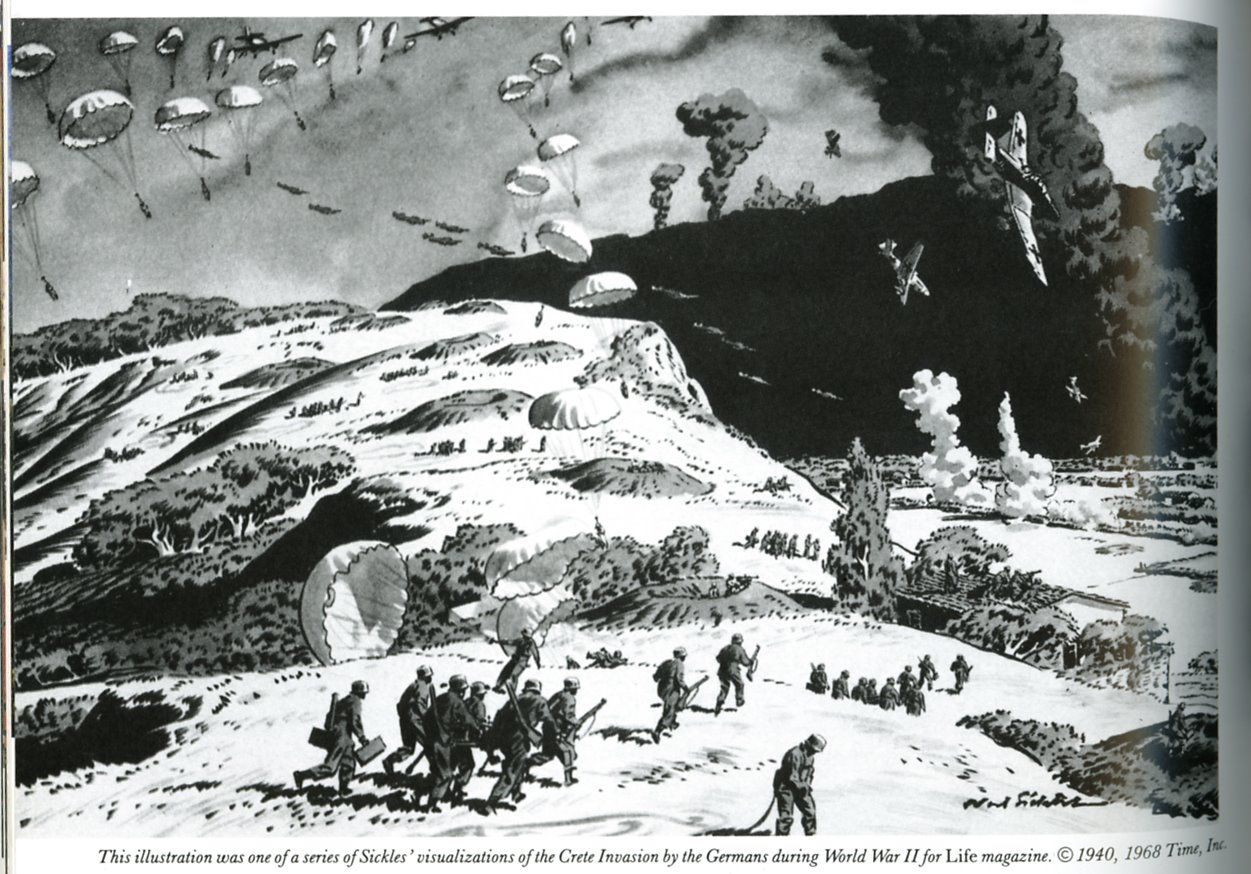 More diagram than a realistic illustration, this shows features of the German parachute assault on the Greek Island of Crete. 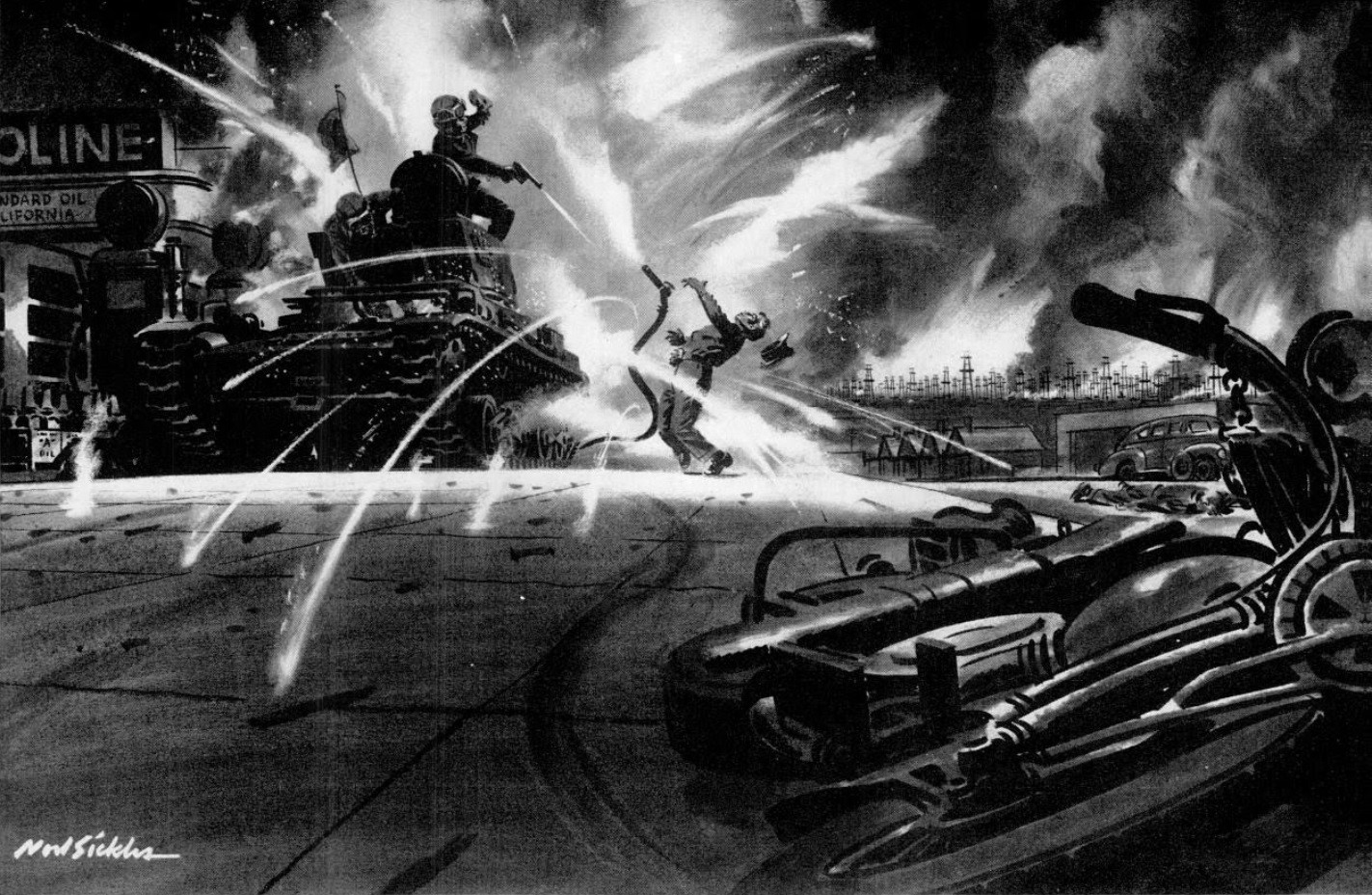 Finally, Sickles' contribution for a 5 March 1942 Life article titled "Six Ways to Invade U.S." Here Japanese are attacking Southern California. As best I can recall, Sickles seldom did night scenes. Interesting impressionistic feeling here. And the details of the mechanical objects are sketchy, another Sickles rarity. Perhaps he lacked reference material on Japanese tanks.
Posted by Donald Pittenger at 1:00 AM