An illustrator who had a pen-and-ink touch I greatly admire was Jeffrey I. Godshall (1941-2019) who was a stylist at Chrysler and in his spare time an automobile historian.

A series of "Car Spotter" illustrations appeared in the late, lamented (by me, at least) "Special-Interest Autos" magazine in the late 1970s.   Here, for example, is a link to contents of all its issues.

For some reason I assumed that Godshall simply drew those car pictures freehand using some reference material.  But that is a lot more difficult than it might seem.  Recently it occurred to me that the most efficient way to do the work would be to trace reference photos and then do the inking with perhaps some adjustments to the references.
It seems that's just what he did.  He was a professional, after all, and professional illustrators usually do what they do as efficiently as possible, given deadlines, compensation and such.
Below are examples of those fine drawings along with likely reference photos that I found on my image reference database.  Click on images to enlarge. 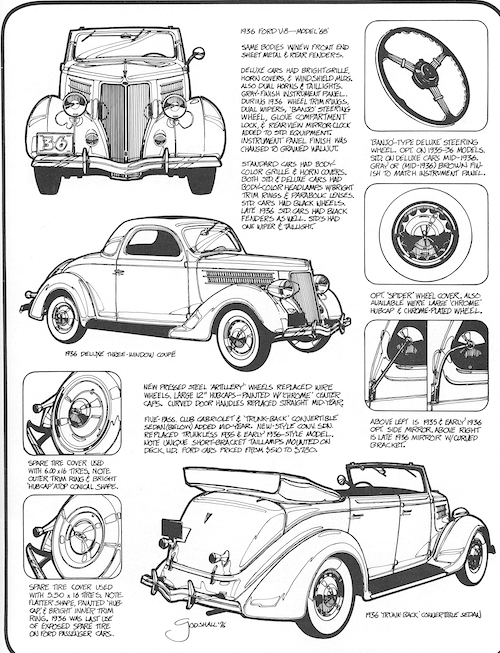 Note the Ford coupe in the middle of the page. 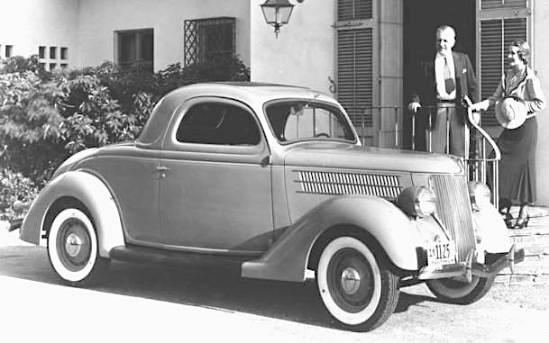 This was probably Jeff's reference. 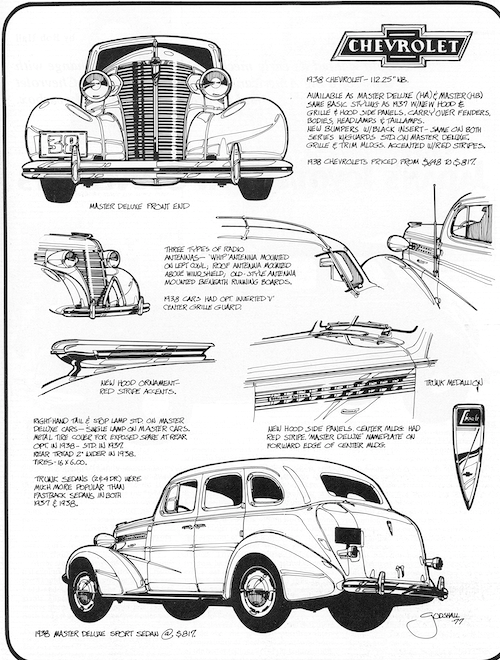 Now for the frontal view of the car at the top. 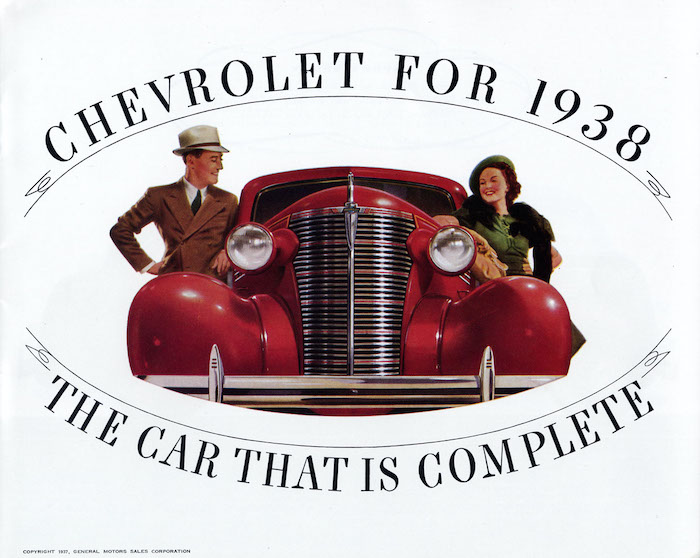 I suspect this was his reference, though he did have to add details not seen here. 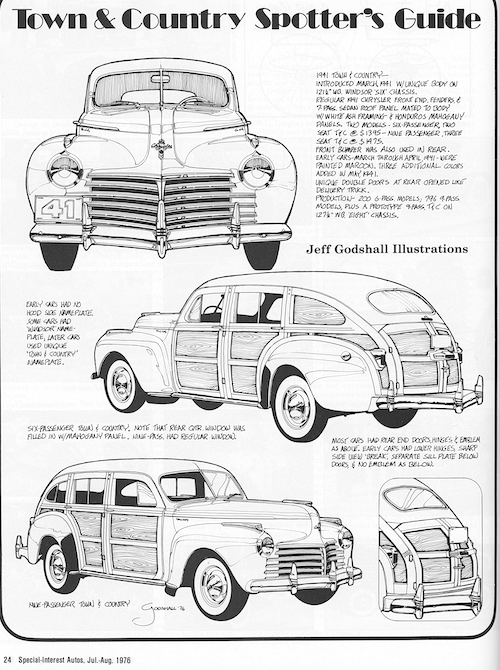 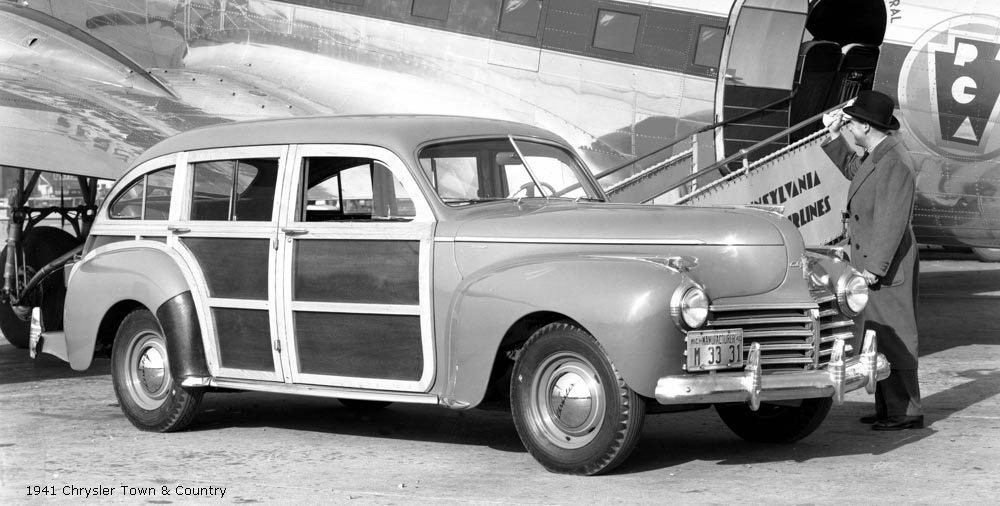 ... he might have used this photo with slight adjustments on the perspective.  Or else used a similar photo for tracing. 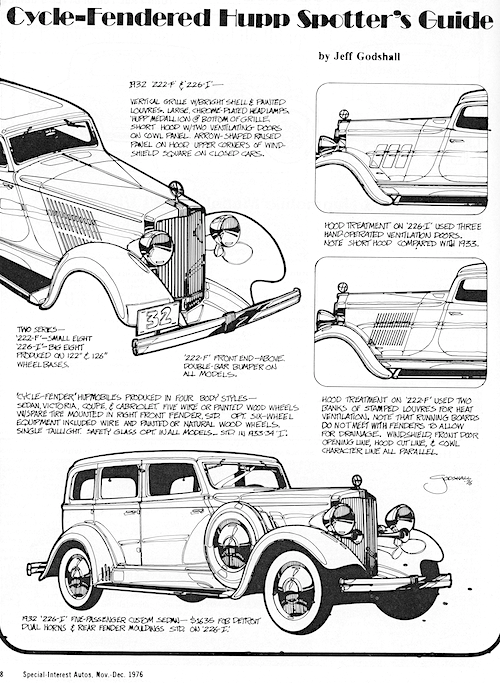 Again, focus on the car at the bottom. 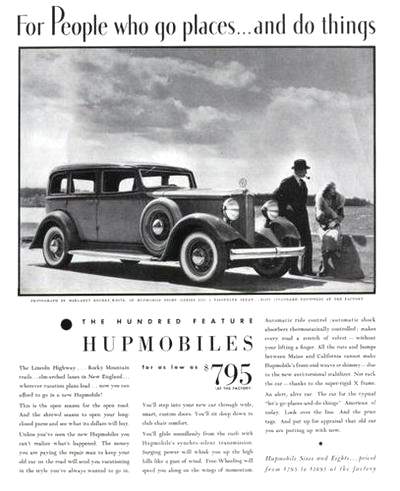 Its source was the photo used in this advertisement.  He added wheel disks to the hubcaps and seems to have shortened the car slightly to fit the page. 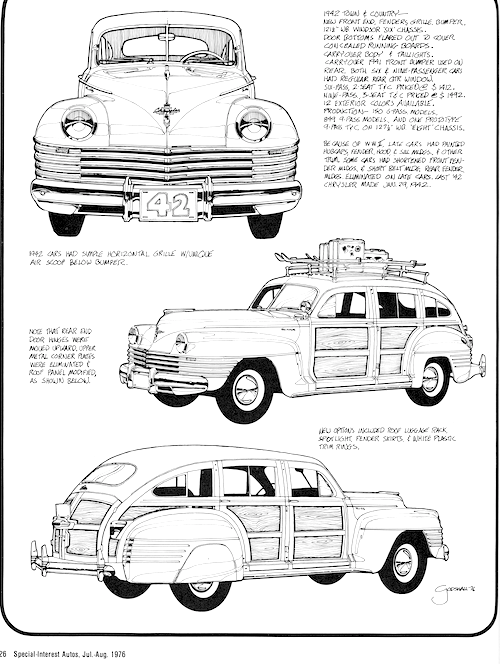 The Chrysler in the middle has all the elements in the photo below except for some luggage added to the rack in the illustration. 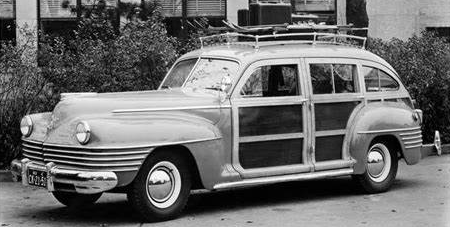 Yes, the refernce photos shows skis on the top rack.

A similar version of this is cross-posted on my car styling blog.
Posted by Donald Pittenger at 1:00 AM