A Few of Jacek Malczewski's Self-Portraits 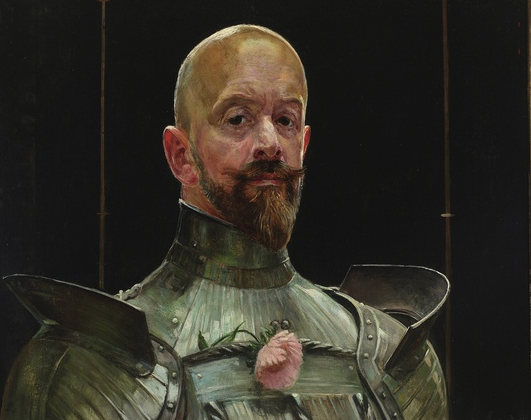 Jacek Malczewski (1854-1929) is considered by me, among others, as one of Poland's finest painters.  I wrote about his portayal of Death as a woman here, and about his muses here.  His Wikipedia entry is here.

This post features some of his many self-portraits.  Besides acknowledged self-portraits, Malczewski often included himself in paintings of other subjects.  (A currently active artist practicing that sort of dress-up genre is Cindy Sherman, though I'm nor sure she was originally -- or ever -- aware of Malczewski.)

The selection of images below is in approximate chronological order. 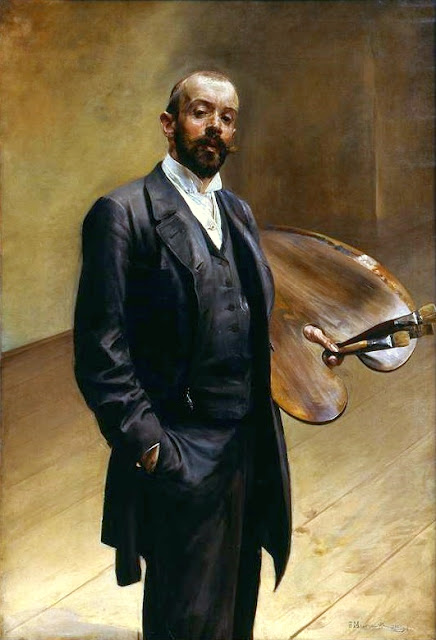 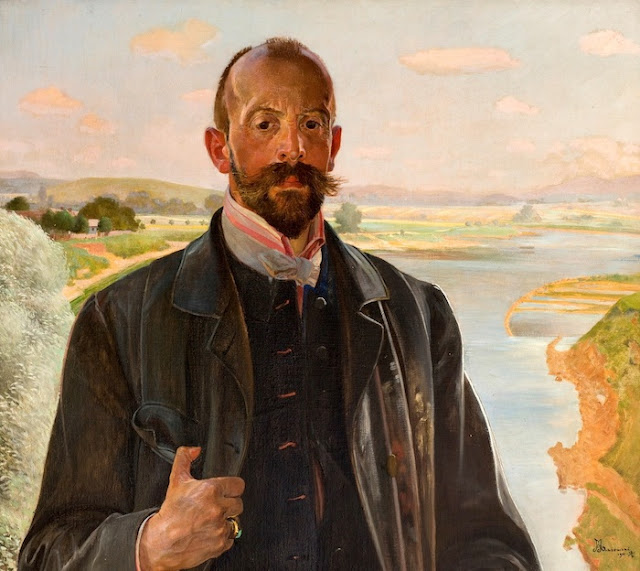 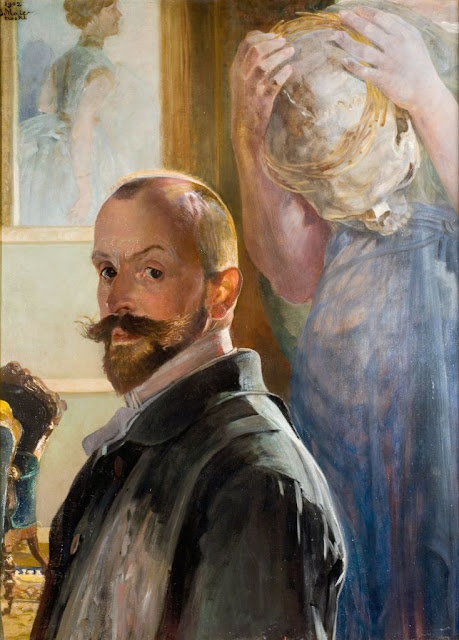 Autoportret ze smiercia (Self-Portrait with Death) - 1902
Malczewski included Death in some of his self-portraits as well as being the main subject of a work. 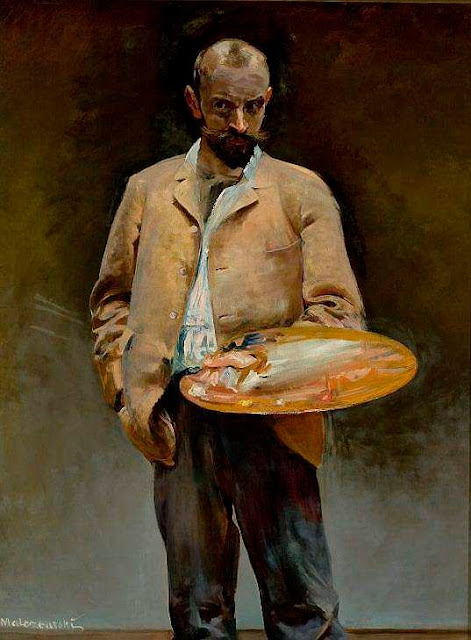 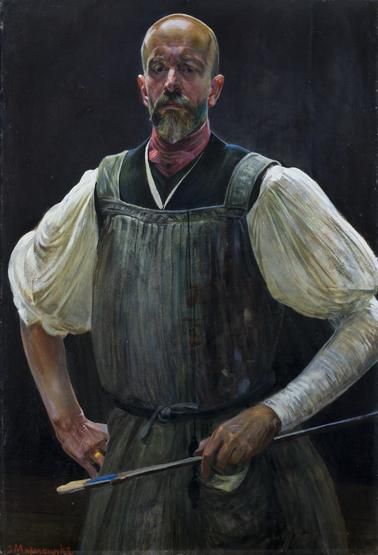 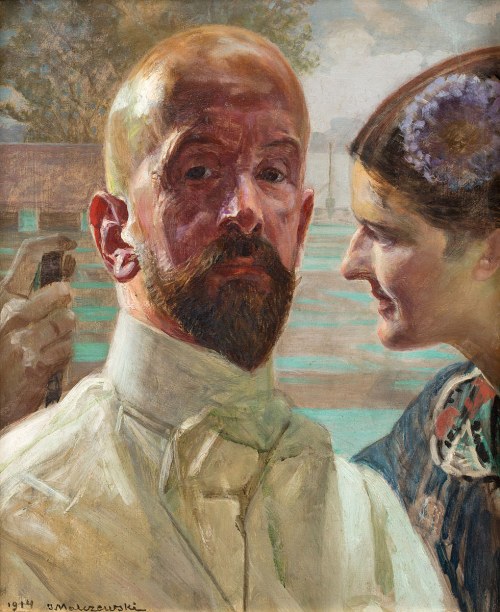 Autoportret alegoryczny - 1914
This allegorical self-portrait includes a woman who seems to be his sometime mistress and long-time model Maria Bal. 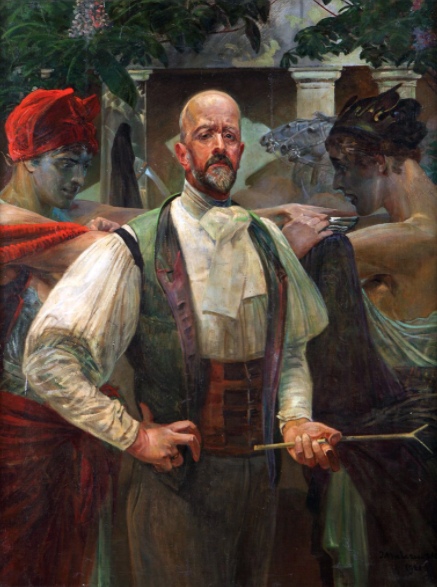 Autoportret obraz na płótnie
That might be Bal again, at the right. 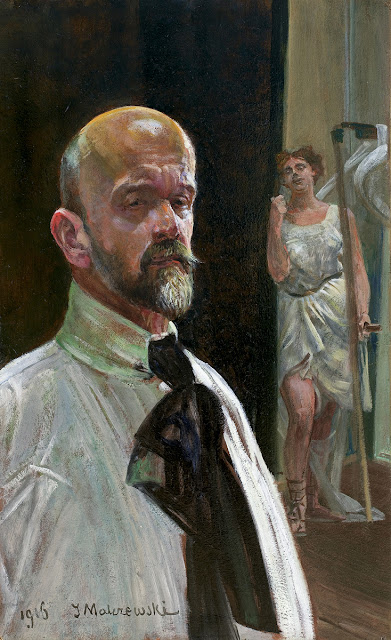 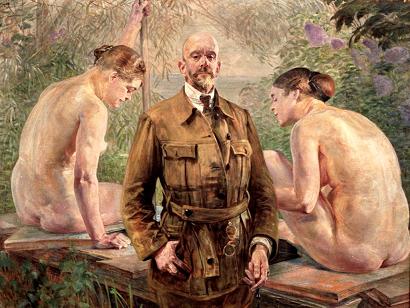 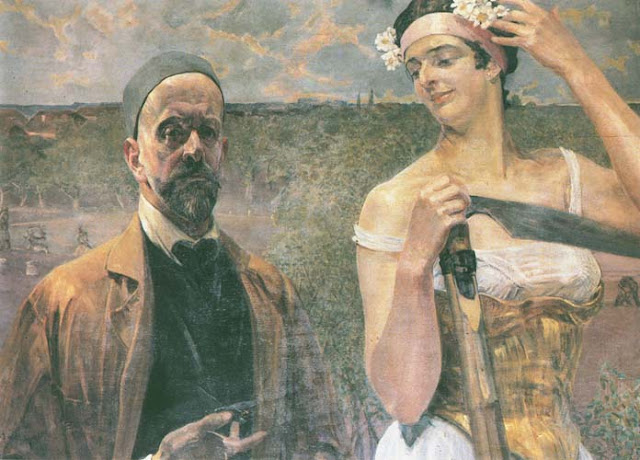 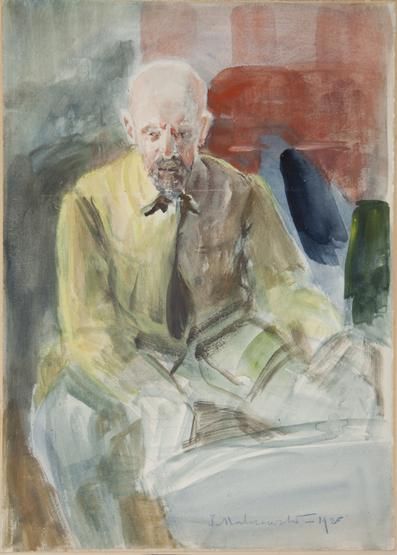 Late self-portrait - 1925
Wikipedia mentions that Malczewski lost sight towards the end of his life, so this might have been painted when that conditon was appearing.
Posted by Donald Pittenger at 1:00 AM