Usually my "Multi Ritratti" posts deal with portraits of subjects by several artists.  I thought it would be fun to do a variation on this -- how various illustrators portrayed the fictional character Tarzan.   Actually I did something like that related to Tarzan nine years ago, but only for three artists and using fewer images.

The Wikipedia link above said Tarzan creator Edgar Rice Burroughs described Tarzan as being " tall, athletic, handsome, and tanned, with grey eyes and long black hair. He wears almost no clothes, except for a loincloth."   And that's what illustrators had to work with.

Below are some images found on the Internet.  Click on them to enlarge. 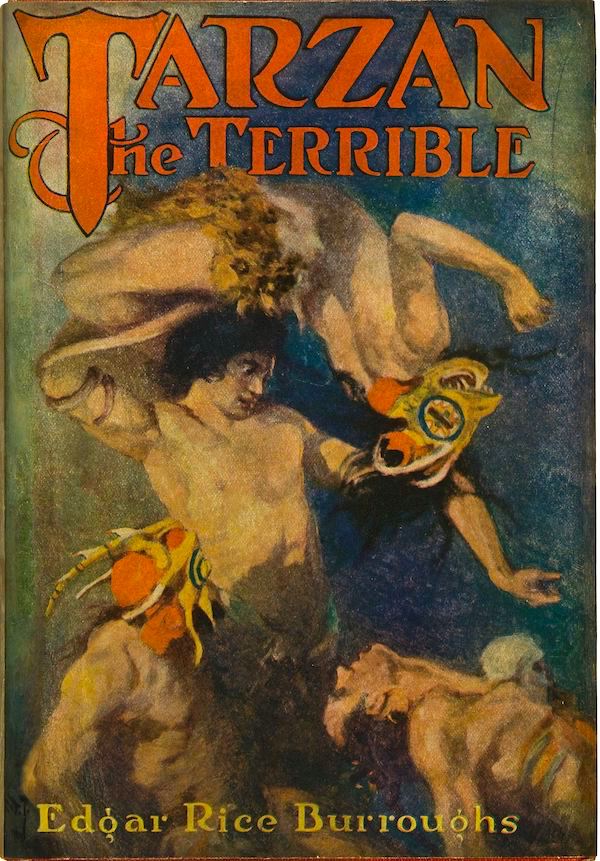 First are two book cover illustrations by J. Allen St. John, who did the earliest Tarzan images.  This one does not show him as being a British nobleman, which he was.  Instead, Tarzan seems rather ordinary, to judge by his face. 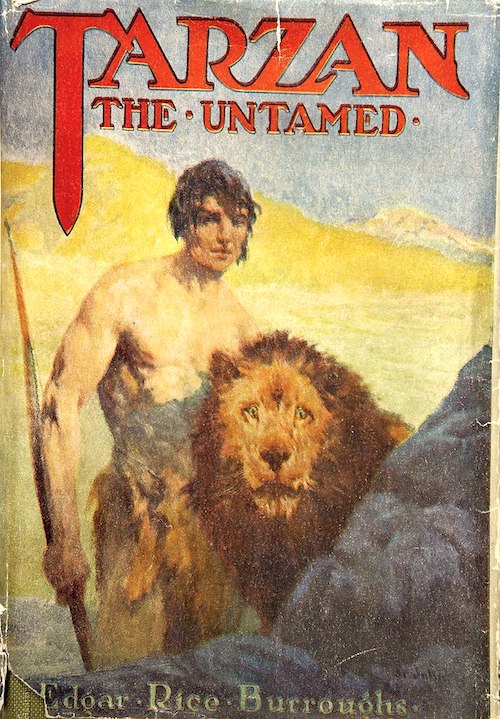 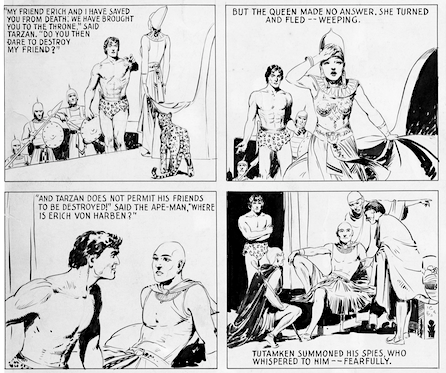 In 1929 Tarzan became a comic strip feature, Hal Foster doing most of the artwork in the early years.  His Tarzan wears leopardskin swimming trunks and has a fairly short haircut. 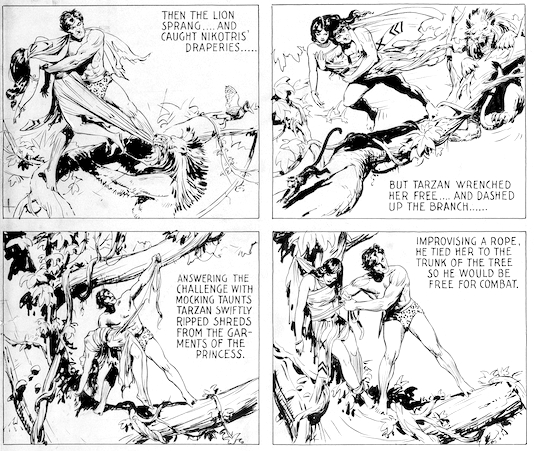 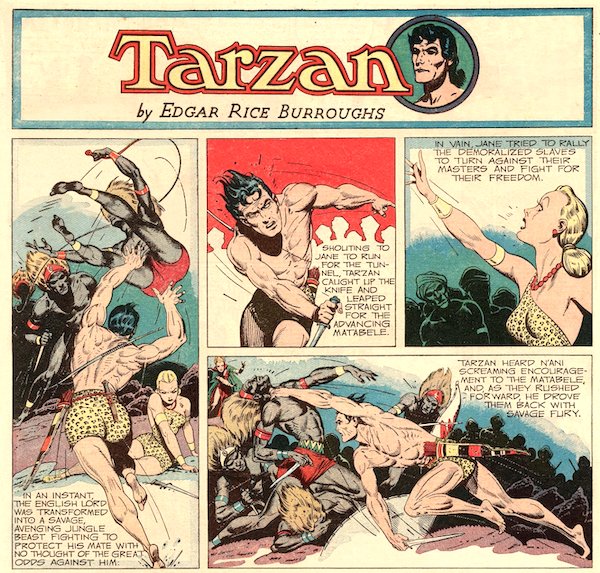 Burne Horgarth took over the strip in 1937 and continued it off and on until 1950.  His Tarzan was often depicted in poses that I think are too exaggerated.  Tarzan's face is more harsh than St. John and Foster portrayed. 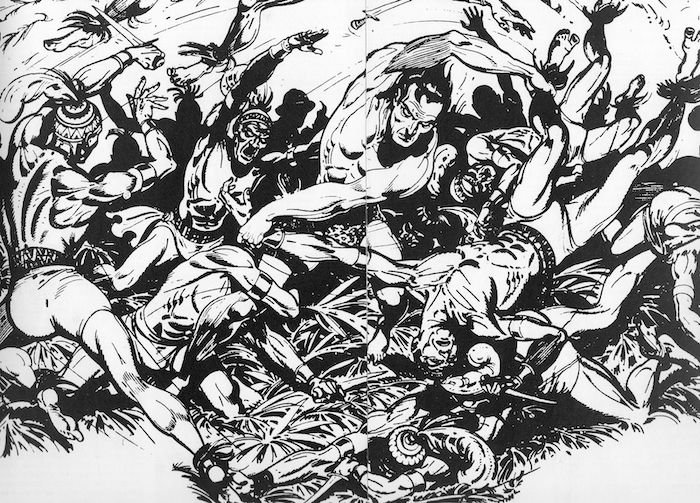 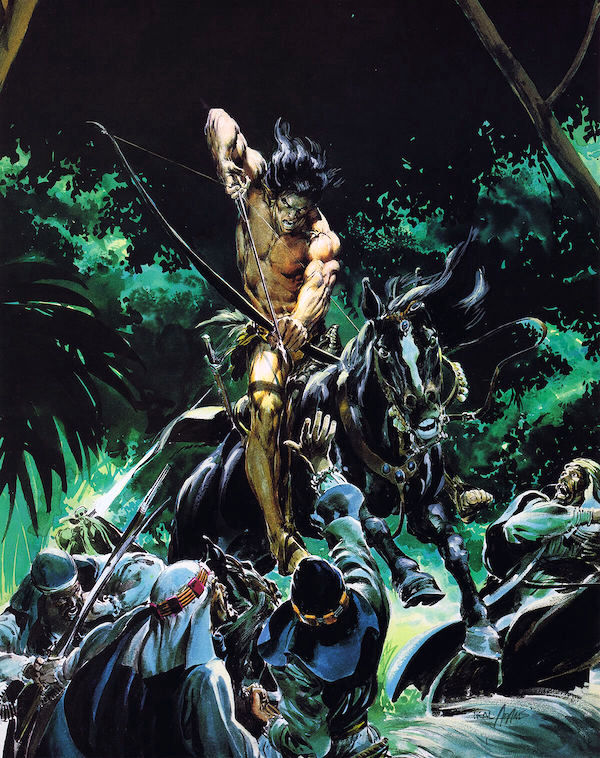 Book cover art for "Tarzan the Invincible" by Neal Adams whose career was mostly in the comic book field.  Again, Tarzan seems fierce. 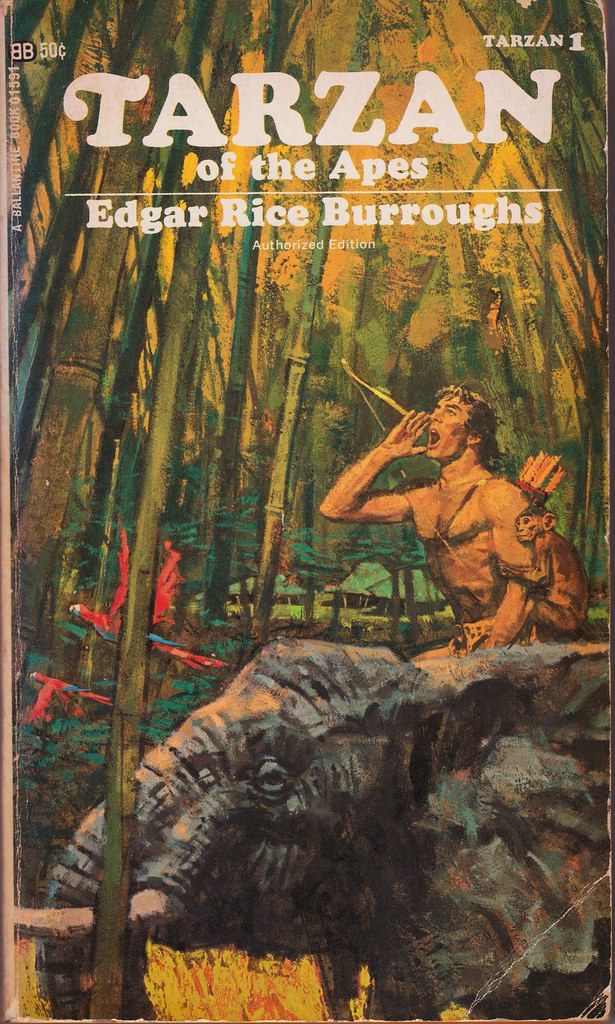 Robert Abbett did cover work for Burrough's John Carter of Mars books, but also a few Tarzans.  Abbett used conventional 1960s illustration style for all of these.  Here Tarzan isn't fierce and his hair is in line with Foster's depictions. 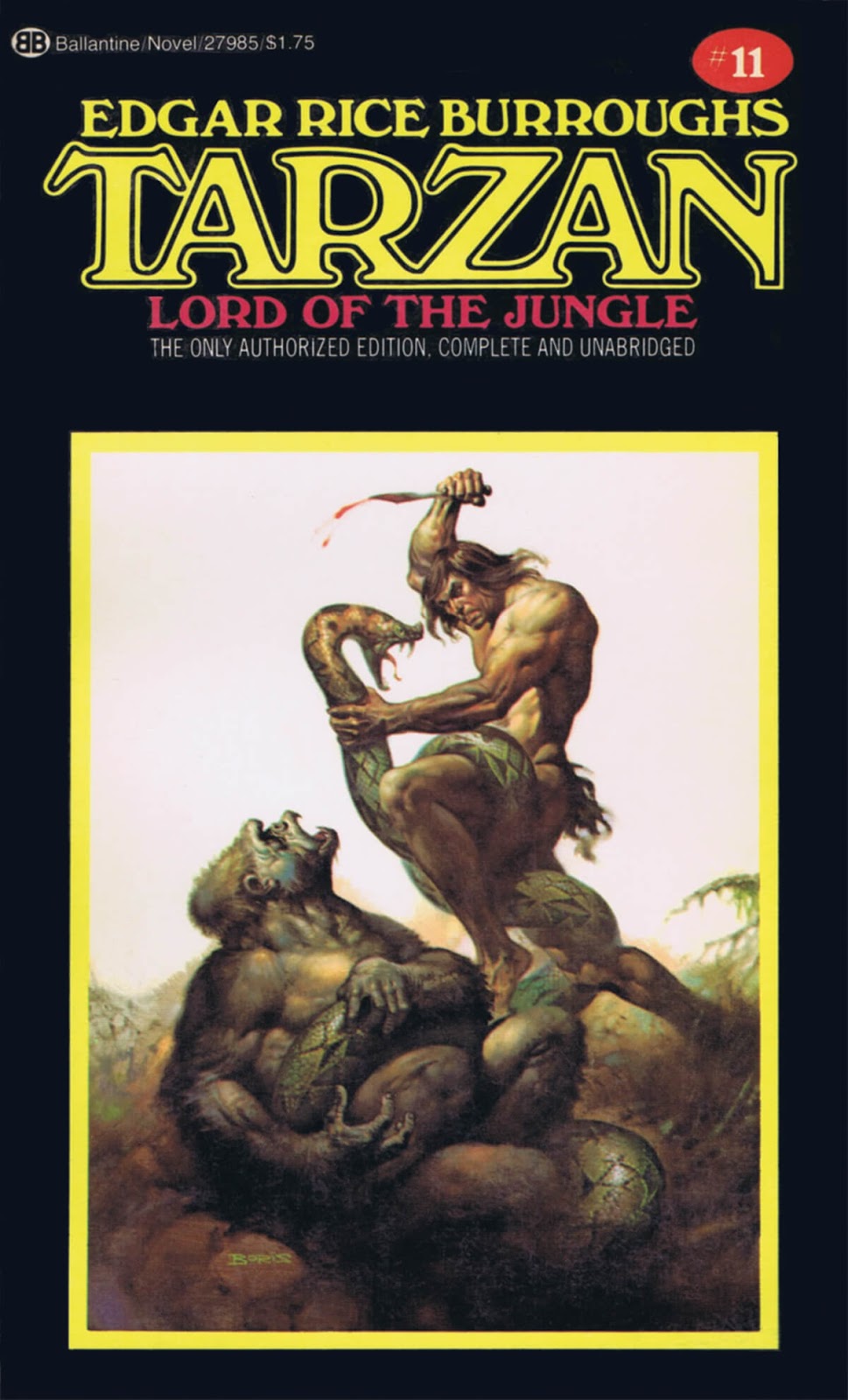 Fantasy illustrator Boris Vallejo also did book cover illustrations of Tarzan.  The hair is longer and wilder, and the head is more massive than in the images above. 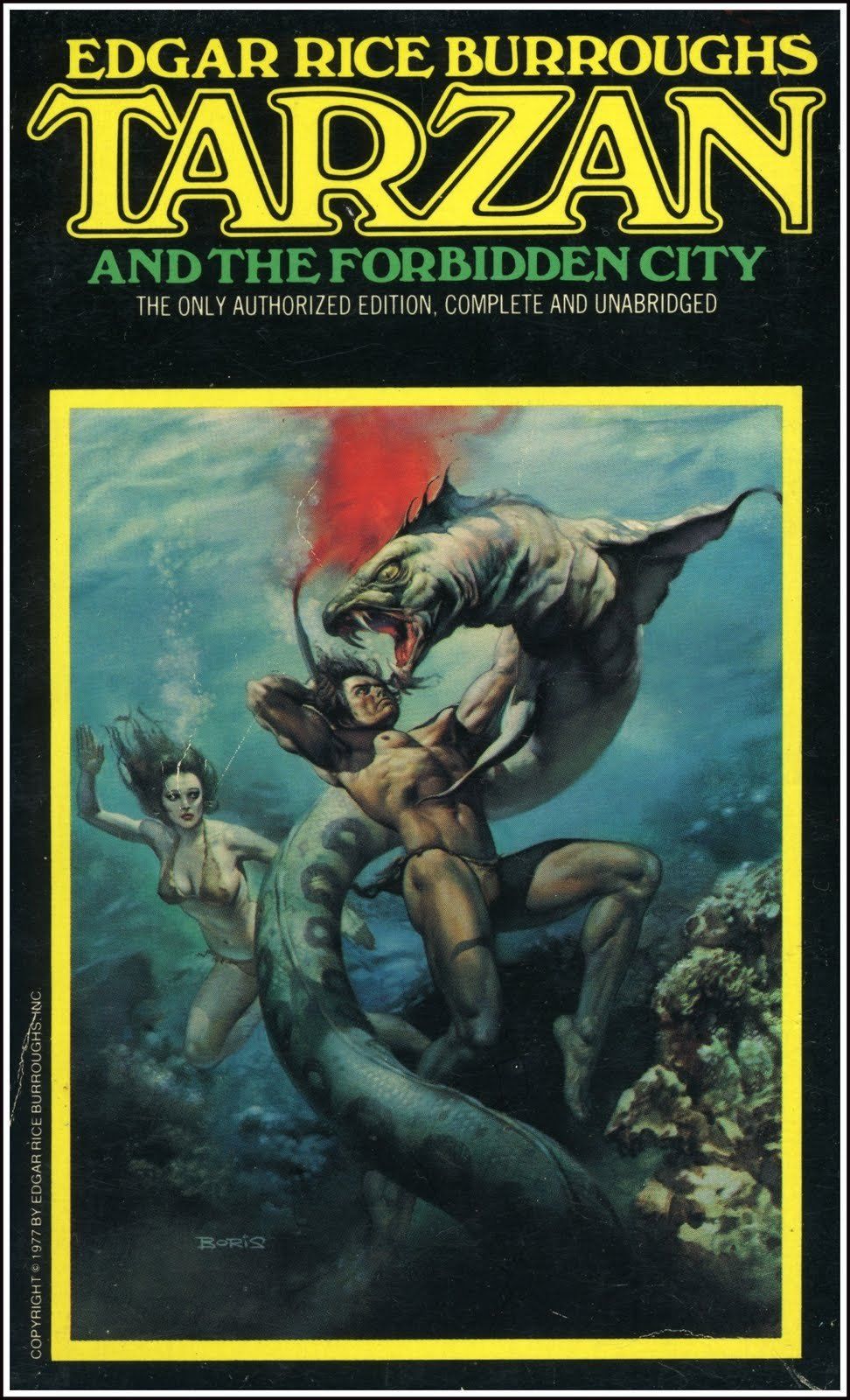 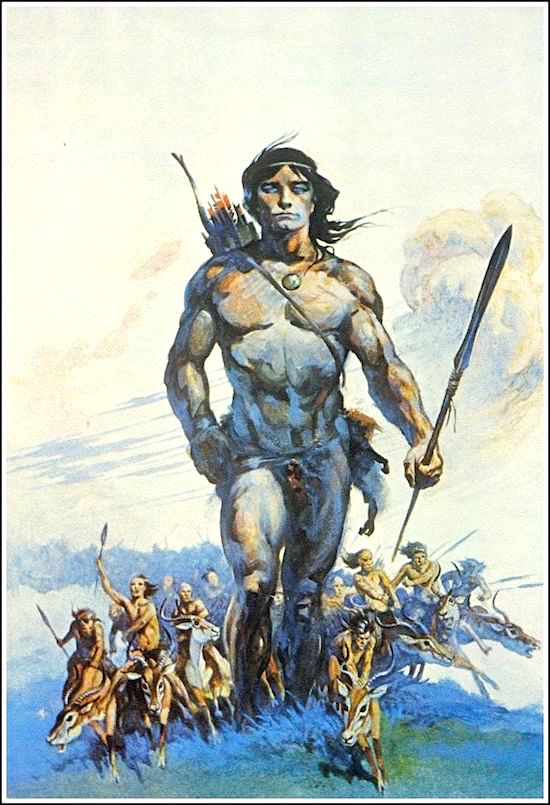 Finally some Tarzan depictions by the great fantasy artist Frank Frazetta.  This is cover art for "Tarzan and the Ant Men."  Here Tarzan's face is more like a normal man's, though the hair is wild. 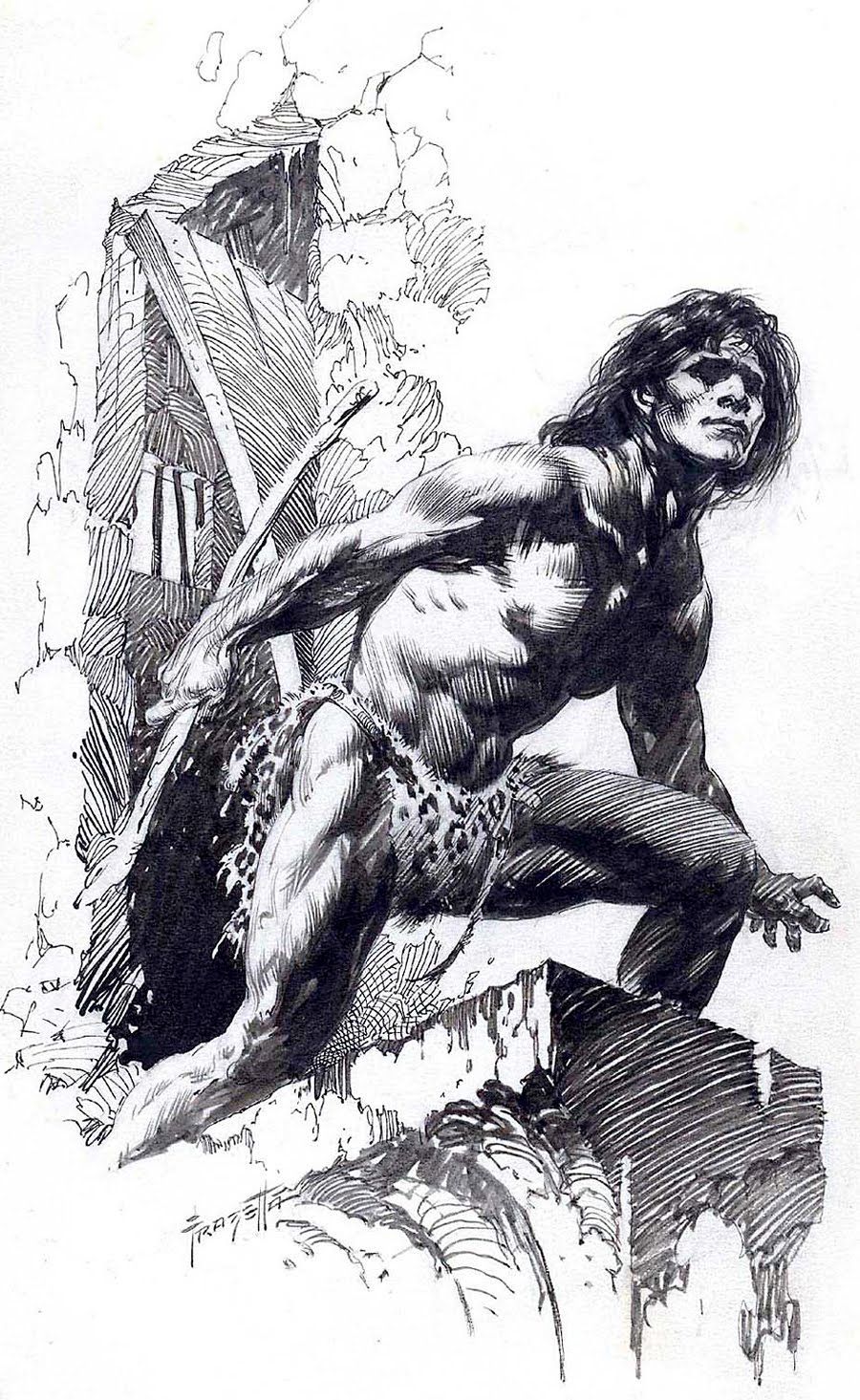 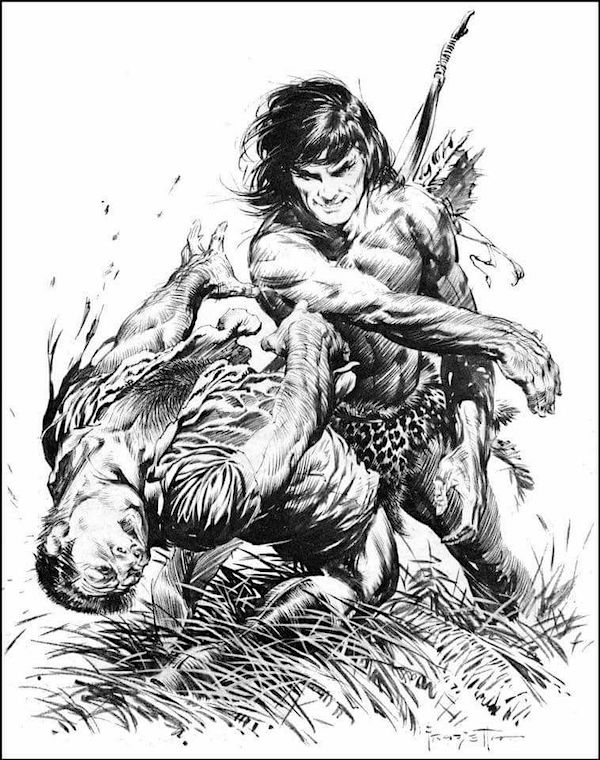 Two interior illustrations by Frazetta for "Tarzan and the Castaways."  Note the loincloth -- no swimming trunks here.