Mark English (1933–2019) was an outstanding illustrator of the 1960s generation that included such greats as Bernie Fuchs and Bob Peak.  For an overview of his career and analyses of his work, I suggest you link to David Apatoff posts here and here.

I find English difficult to pin down due to his use of several distinctive styles.  A few examples are shown below.

But my main purpose here is to present two illustrations for 1963 Buicks done in the style of Bernie Fuchs, who at that time was extremely influential.  It's likely that an art director ordered English to "do some like Fuchs."  And English, a skilled illustrator still fairly early in his career who had a household to support, did. 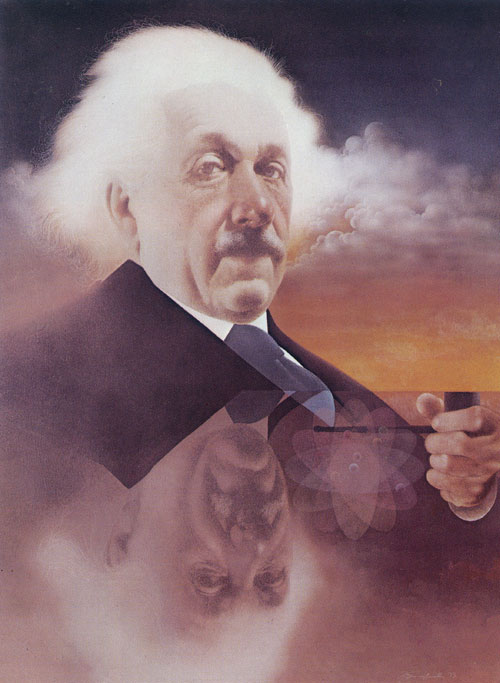 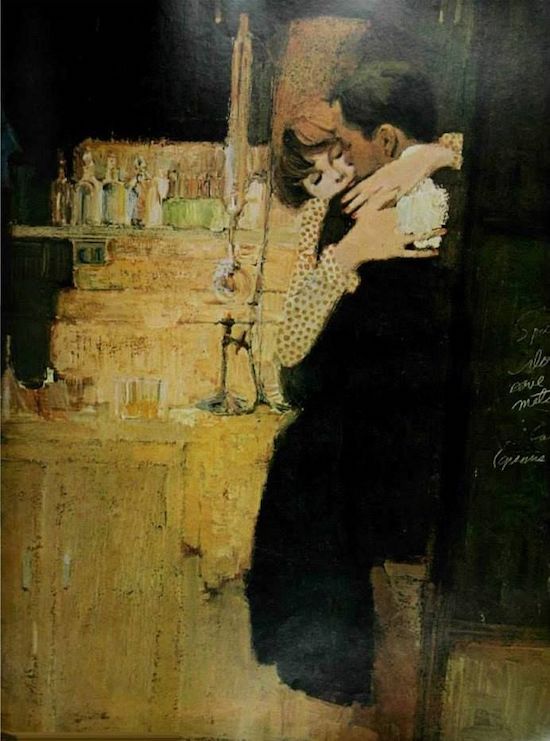 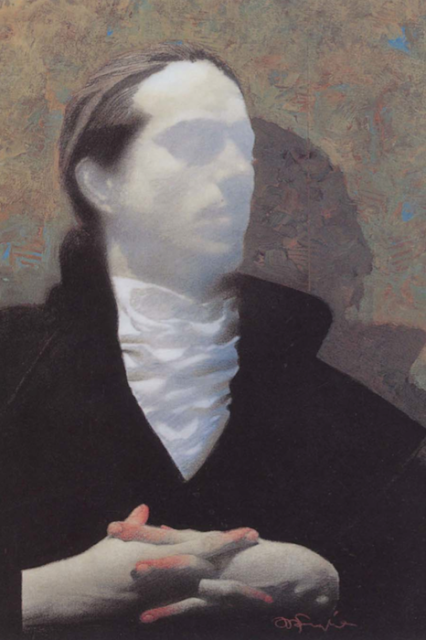 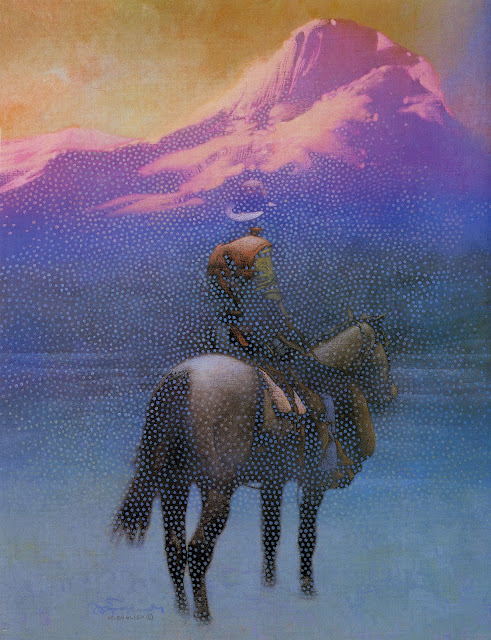 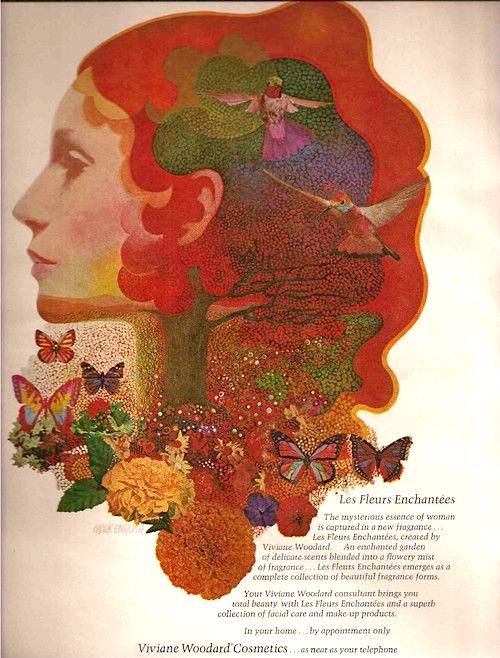 Viviane Woodard advertisement
English's signature is below the yellow flower.   It's similar to those in the car ads below. 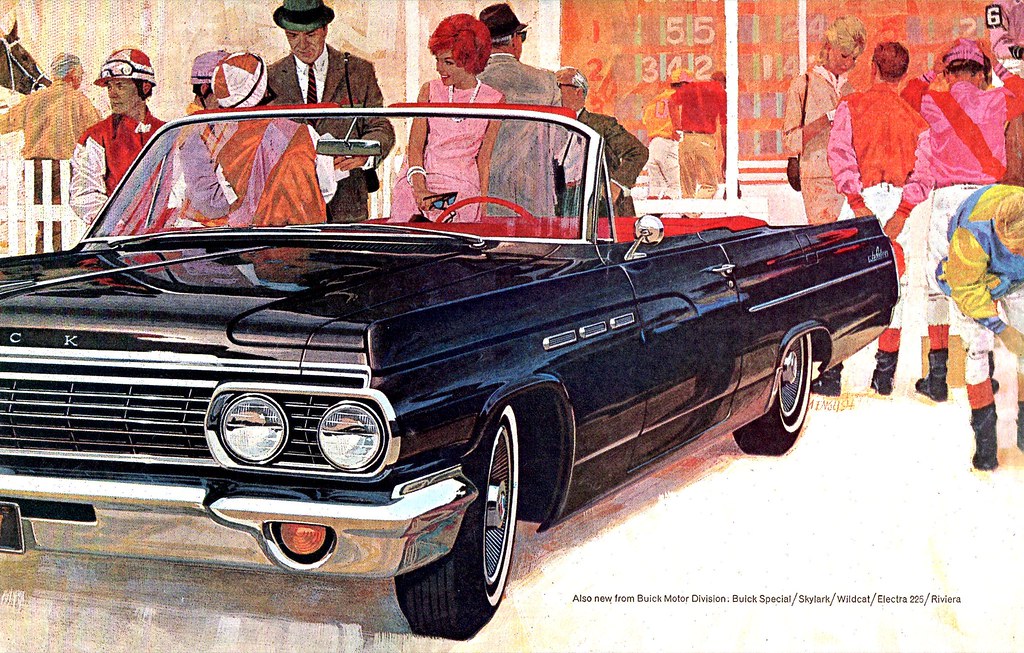 1963 Buick advertisement art (part)
His signature is next to the rear tire. 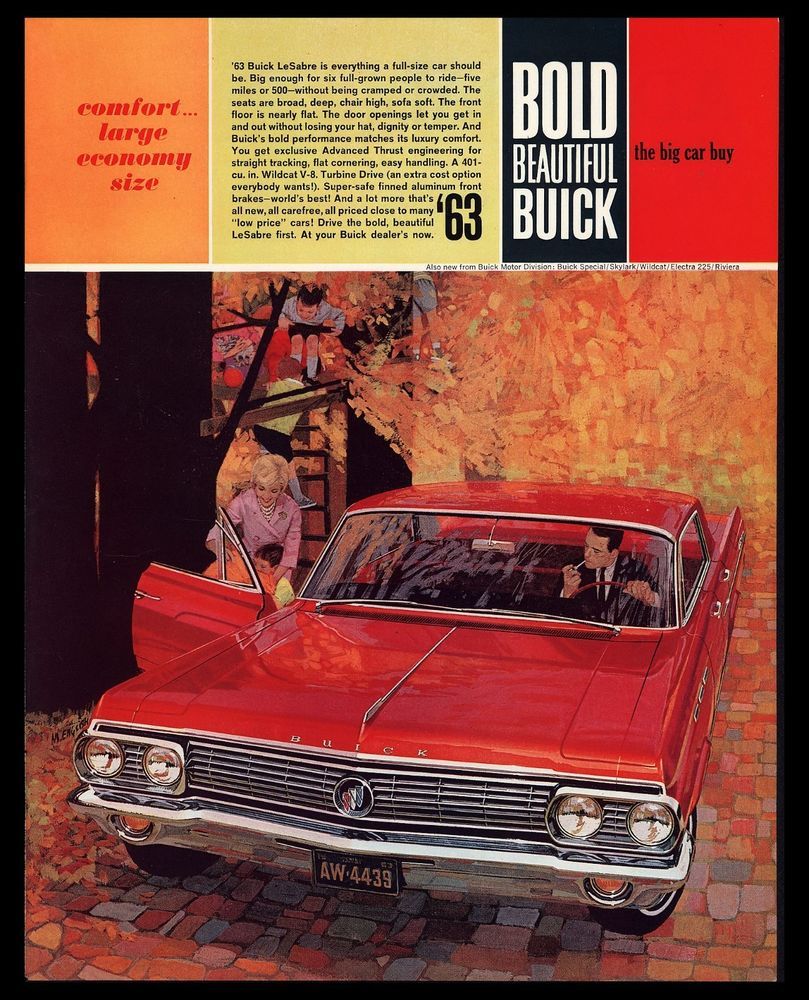 1963 Buick advertisement art detail via Lileks.com
His signature is by the lower left corner. Note the similarity of his treatment of people to Bernie Fuchs' style shown next.  Also note how small the people are compared to the car.  This reduction of peoples' sizes was common car ad practice since the 1930s and perhaps before, the idea being to make the car seem impressively large. 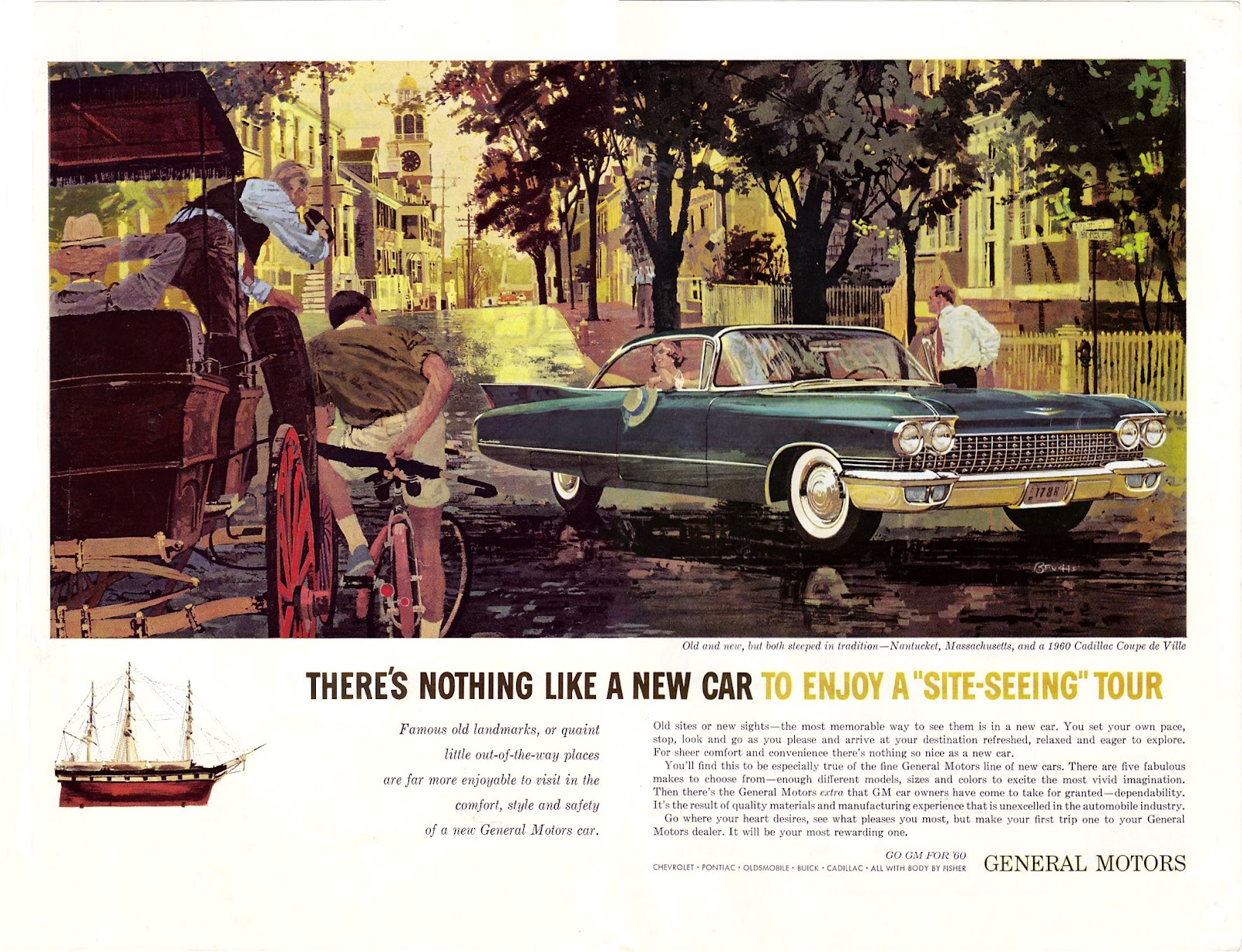 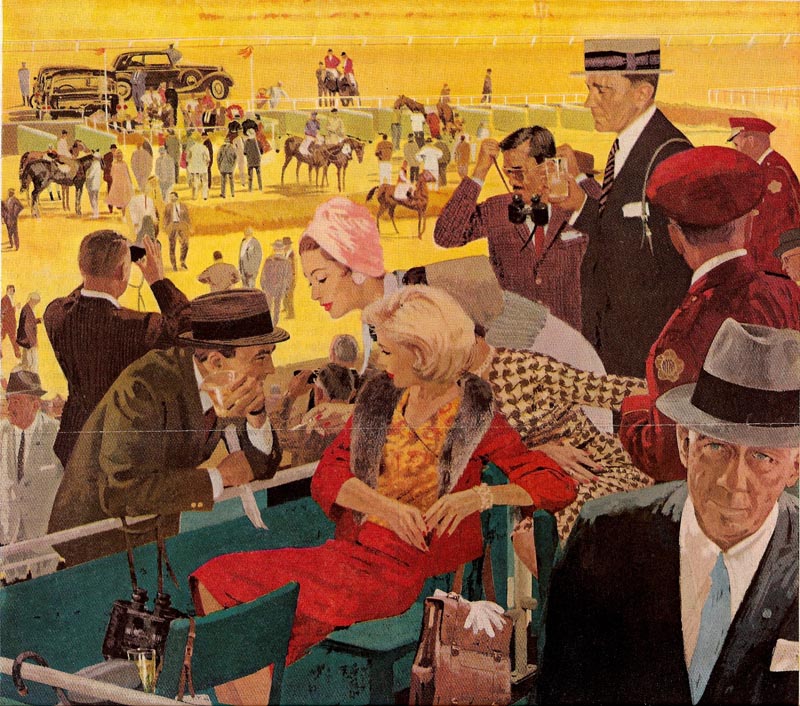 Seagrams ad art, circa 1960
This shows Fuchs' treatment of people at that time in more detail. Compare to English's Buick illustrations.