Paintings or reproductions are commonly found in hotel rooms or similar accommodations such as cruise ship cabins.
Recently (October-November 2021) I found myself on a fancy cruise ship on the Mediterranean.  It had art almost everyplace.  Even each of the cabins seemed to have different works, and not just the same reproductions in the same spots.

The cruise ship was no art museum, and there surely was a painting acquisition budget.  A result was that nearly all this original art was of mediocre quality (according to my biased perspective).
Some iPhone snapshots I hurriedly made the day before the cruise ended are displayed below.  I didn't bother with abstract paintings, focusing on some that were somewhat representational.  Since the ship was built and fitted out in Europe, European paintings seem to be what was purchased. 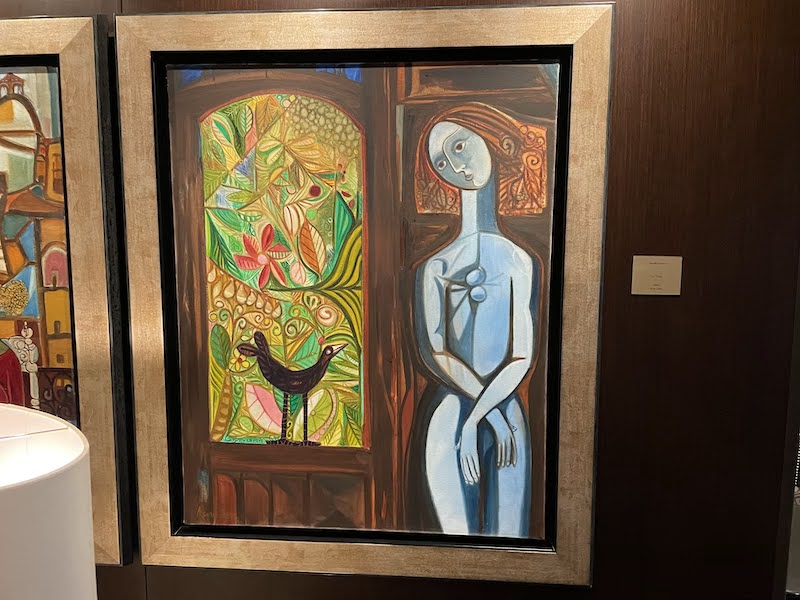 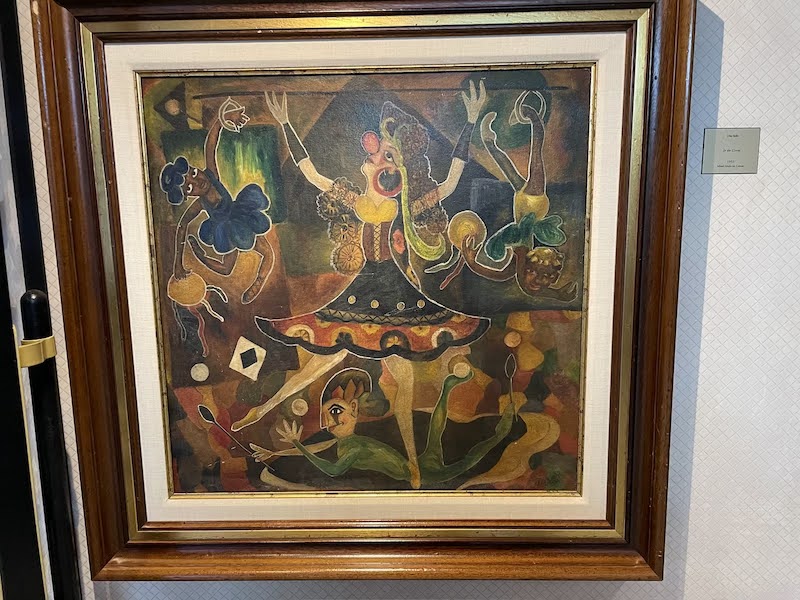 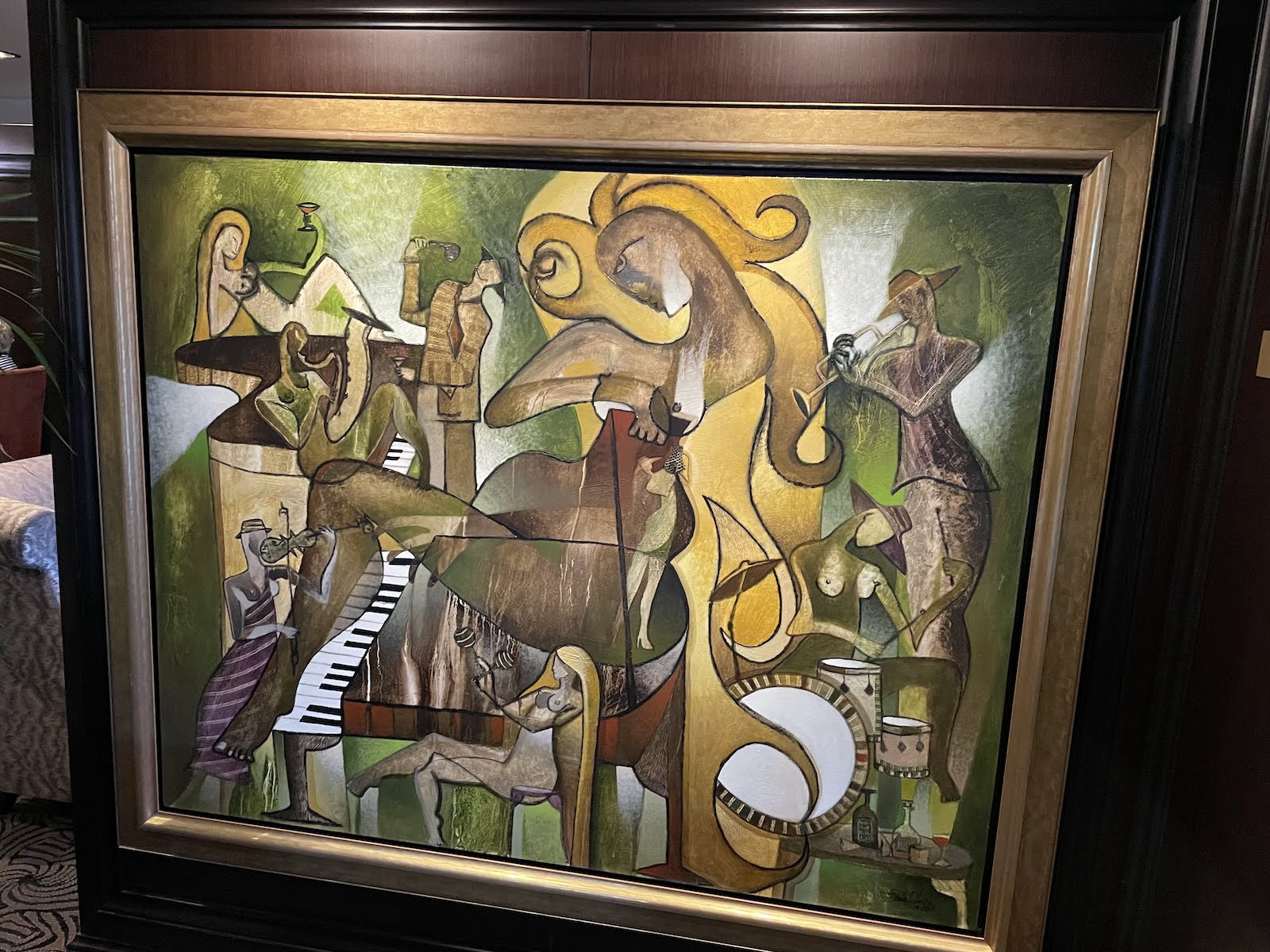 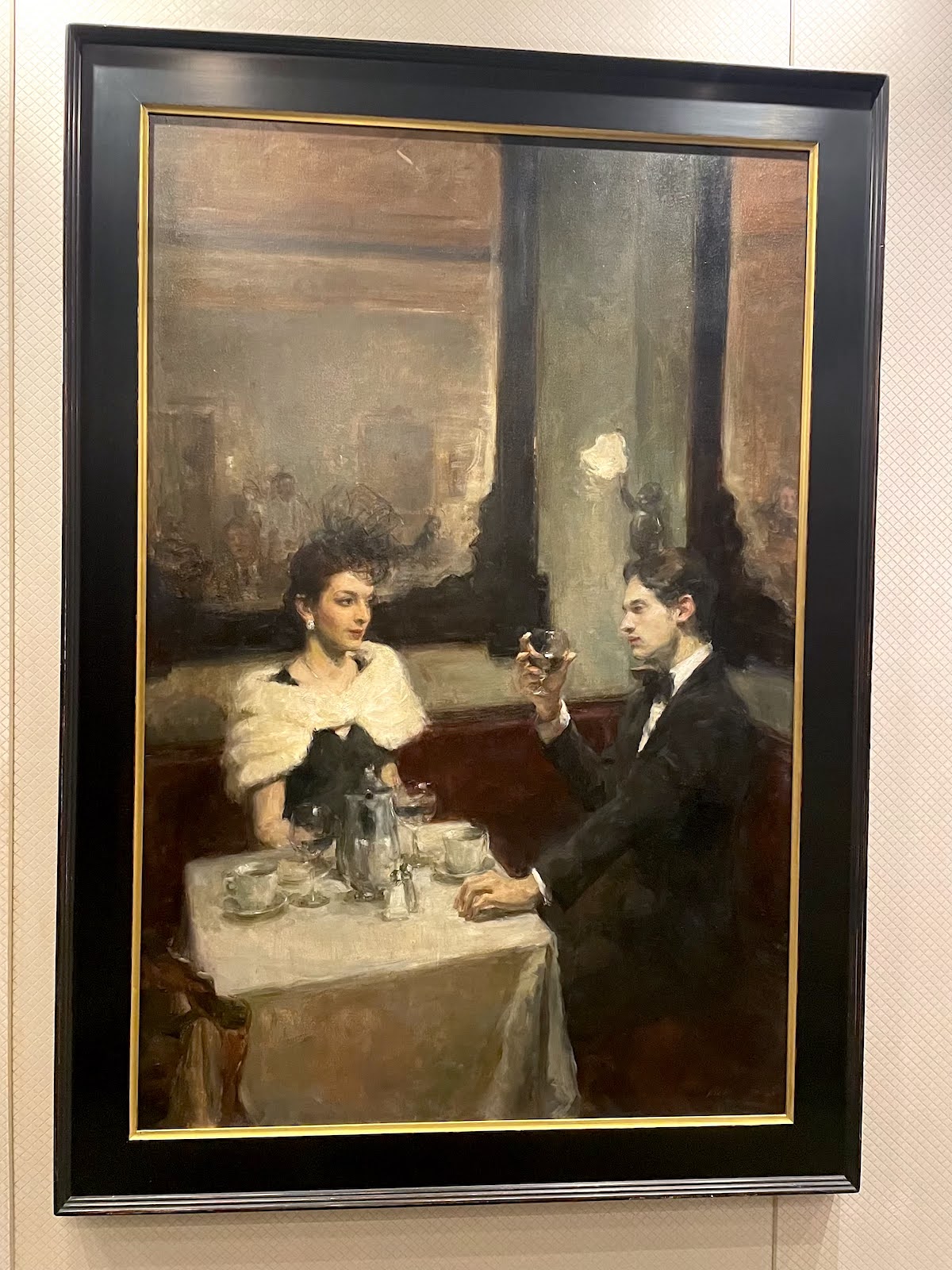 There were a few strongly naturalistic paintings such as this one.  It had no title posted, nor the name of the painter. 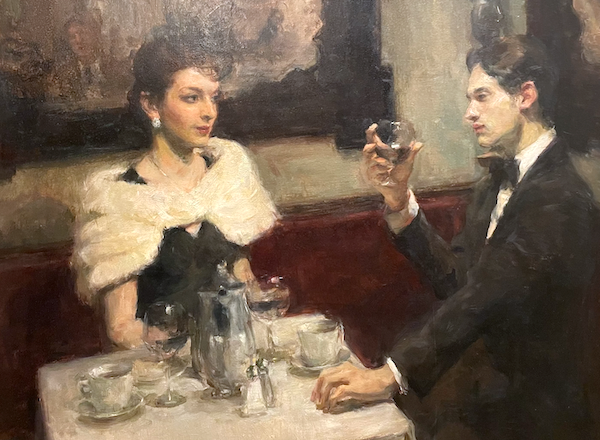 Not badly done, though the brushwork on the woman's arms is unfortunate.
Posted by Donald Pittenger at 1:00 AM