She lived in the age of photography, but also had painted portraits made.  Her favorite artist seems to have been Franz Xaver Winterhalter (1805-1873), who specialized in portraits of royalty and the social well-to-do.

Below are some portraits of her, most by Winterhalter.  Many of the dates are speculative, though approximate, due to lack of information from Internet sources. 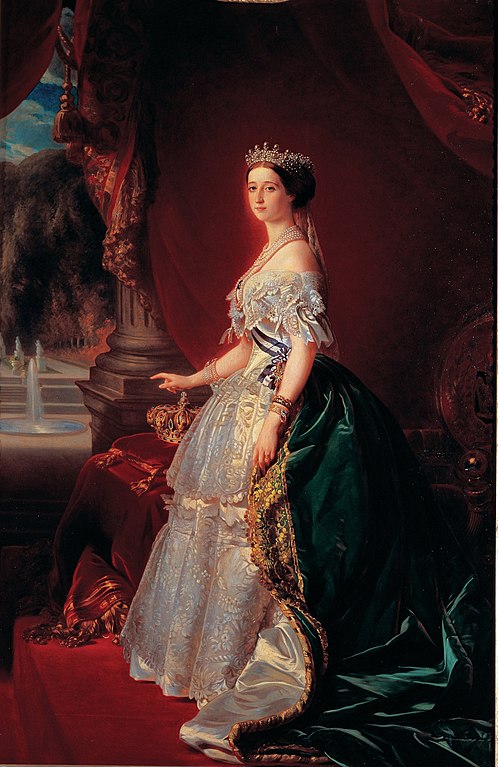 Eugénie - c.1853
Probably painted around the time she became Empress. 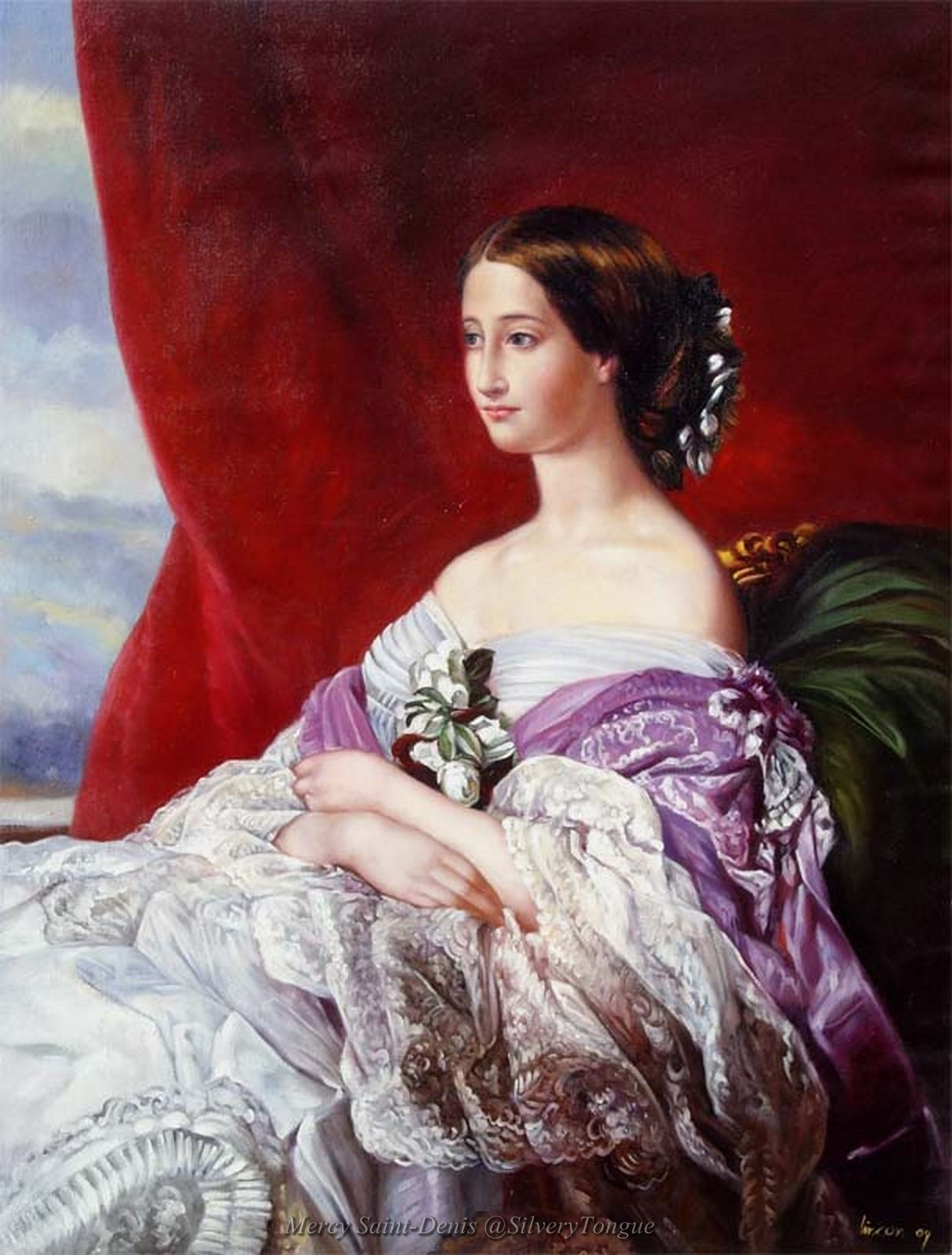 Eugénie - c.1855
She had odd-looking eyes that challenged painters who wanted to paint flattering depictions. 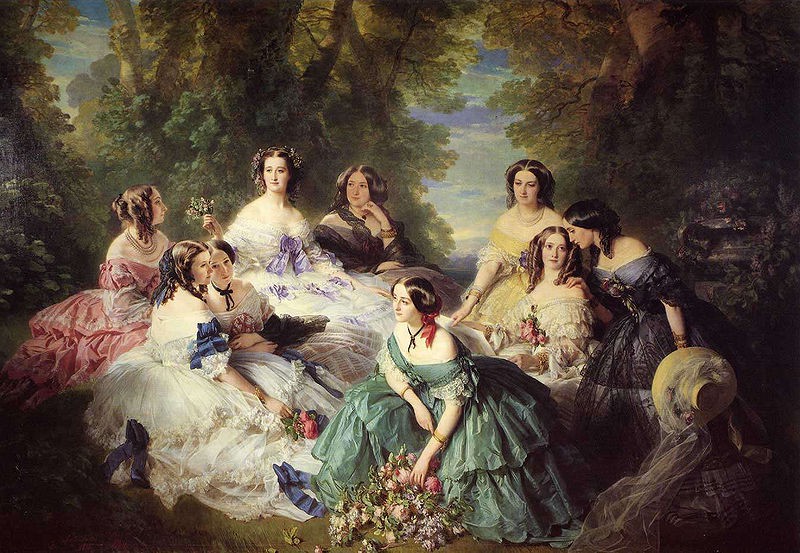 The Empress Eugénie surrounded by her ladies in waiting - 1855 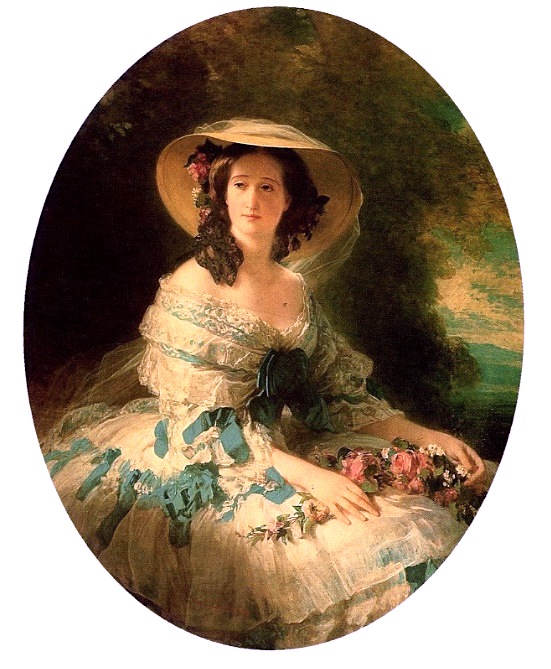 Eugénie - 1857
This reminds me of 18th century paintings of French royalty in the countryside. 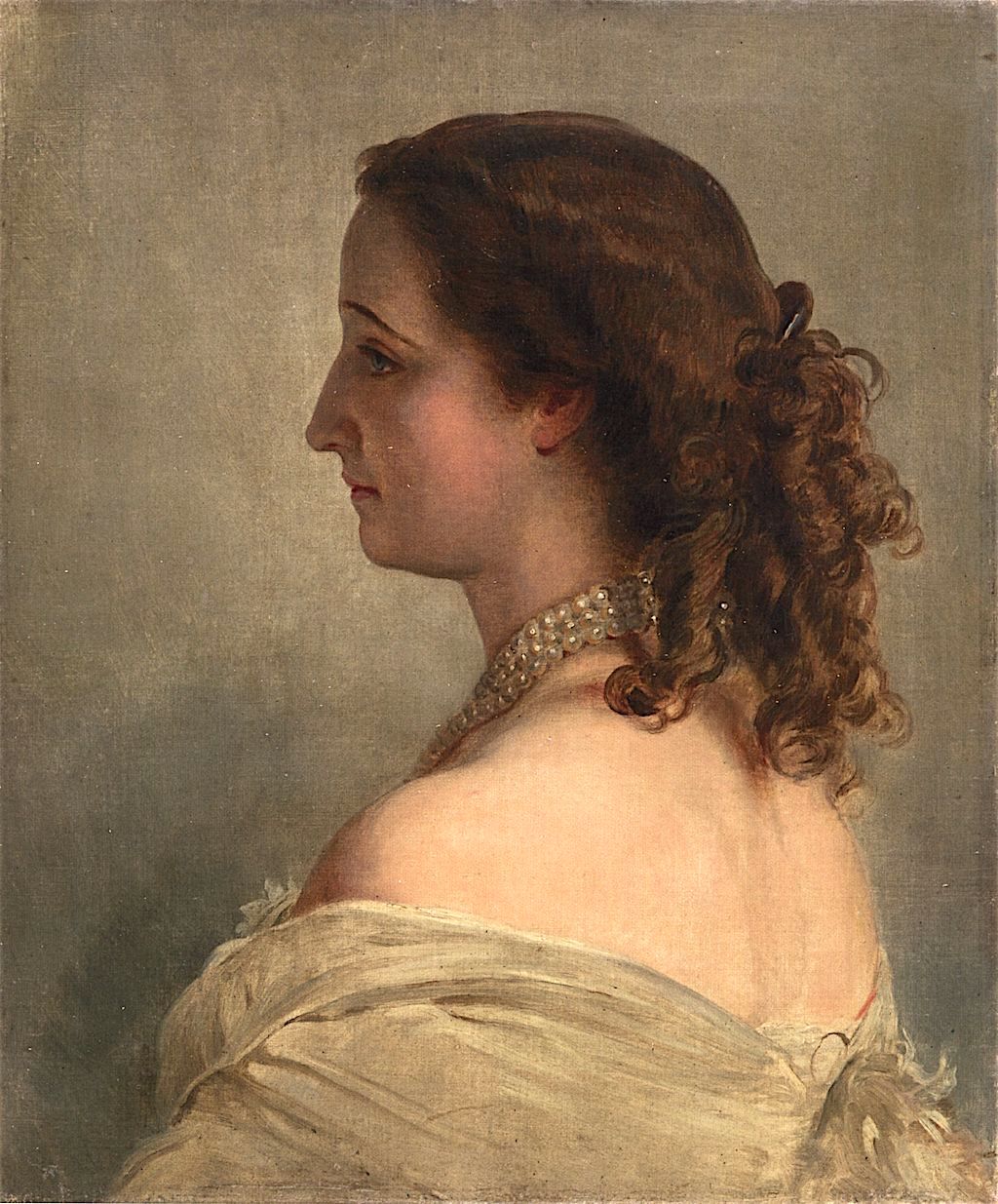 Eugénie - c.1860
A profile view eliminated most of the eye problem. 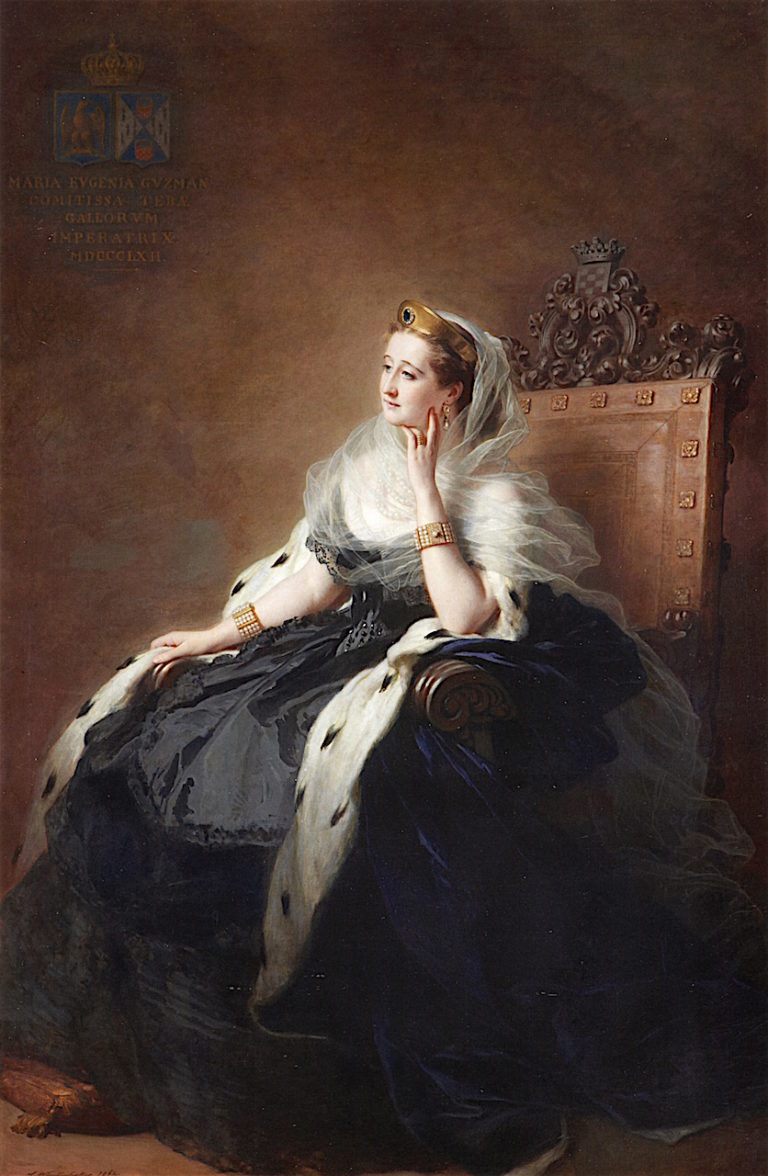 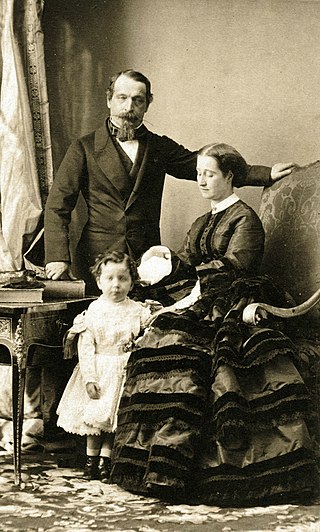 Photo: Eugénie and her family - c.1858
Her son Louis, Prince Imperial, was killed by Zulus while serving as a British army officer. 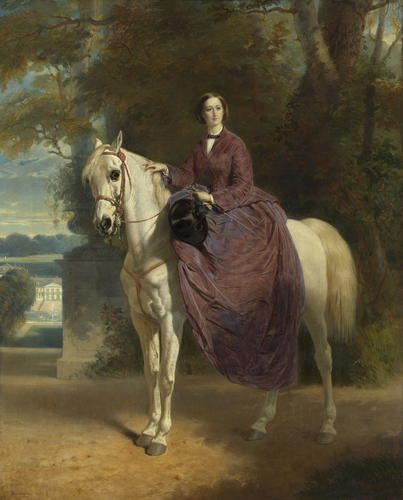 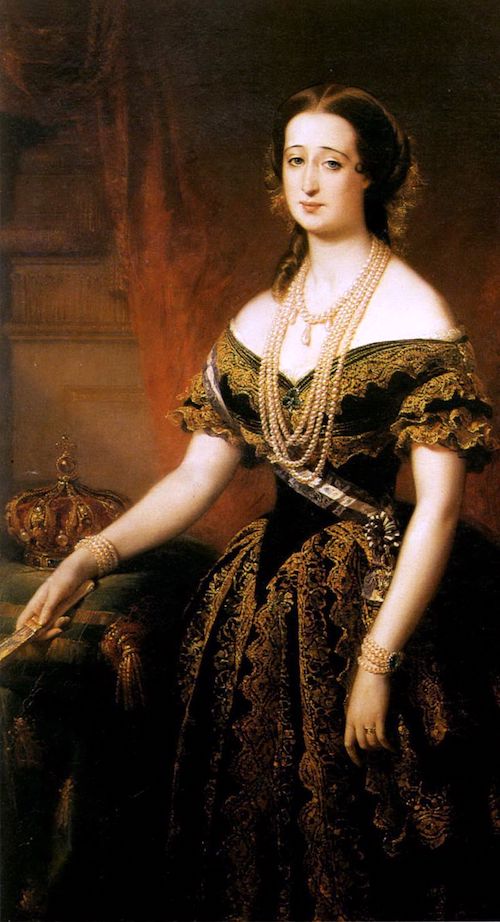 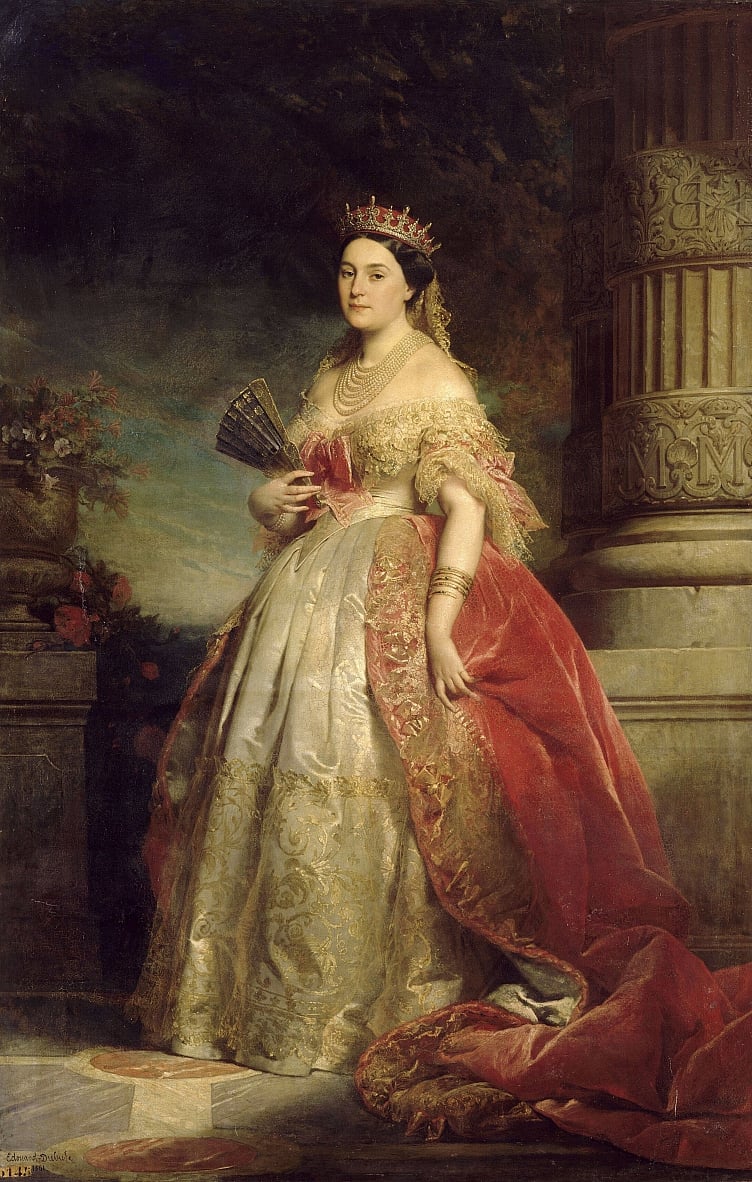 Eugénie by Edouard-Louis Dubufe - 1861
Posted by Donald Pittenger at 1:00 AM