Giacomo Favretto (1849-1887) was a Venetian painter who showed great promise, but whose career was cut short. I wrote about him here and here.

That was more than five years ago, so I think it's time to present more of his work. 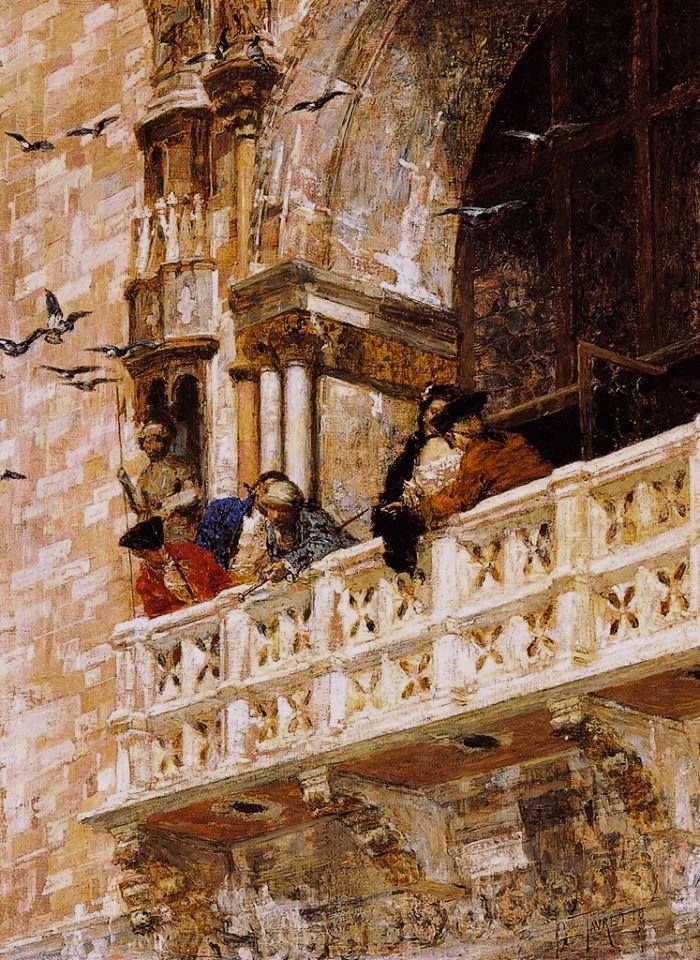 Balcone del Palazzo Ducale
This scene is set in the 18th century, to judge by the costumes. During the late 19th century there seemed to be nostalgia for the previous century, and a number of artists painted such scenes. Favretto needed to earn a living, so he too cranked out some paintings of that kind. 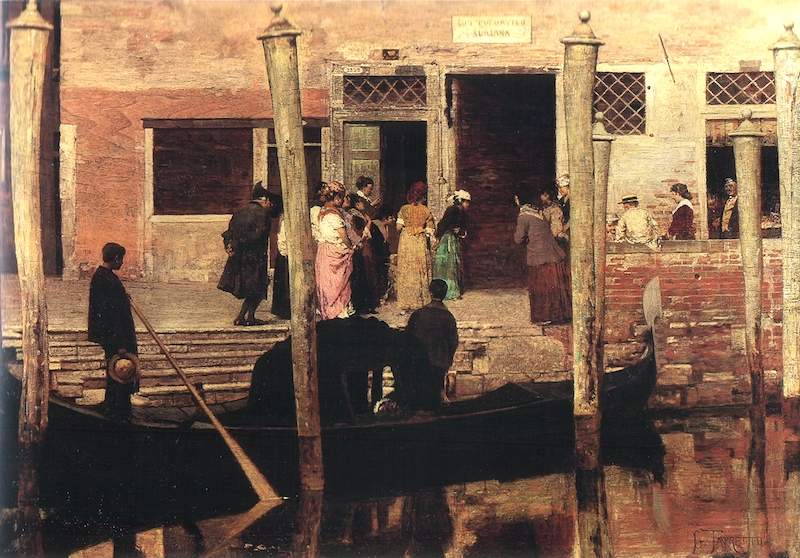 A Venice canal scene
I don't have a formal title for this. 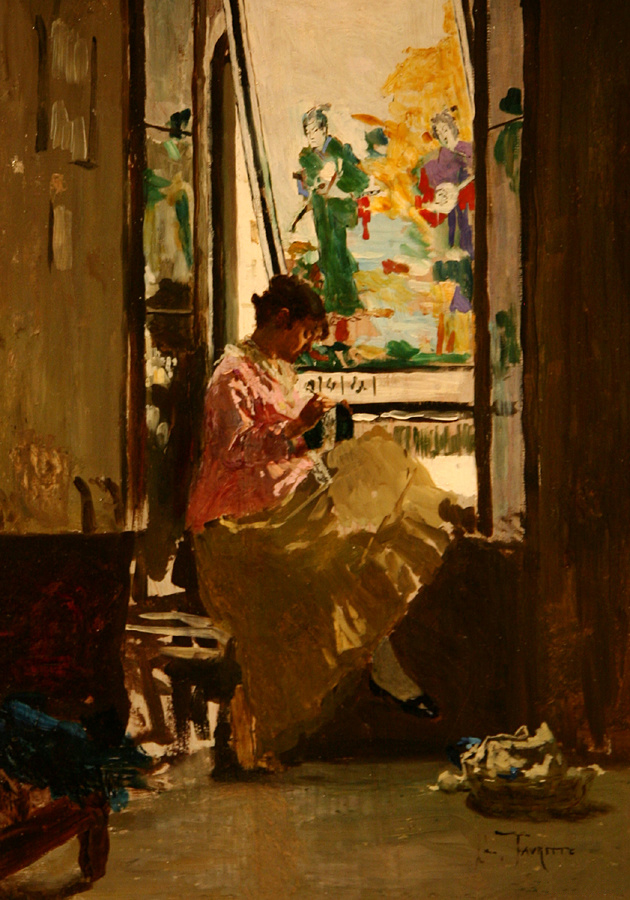 Girl at the Window - 1880
Here he used flatter brushwork that usual. Note the fashionable (in those days) Japanese art in the background. 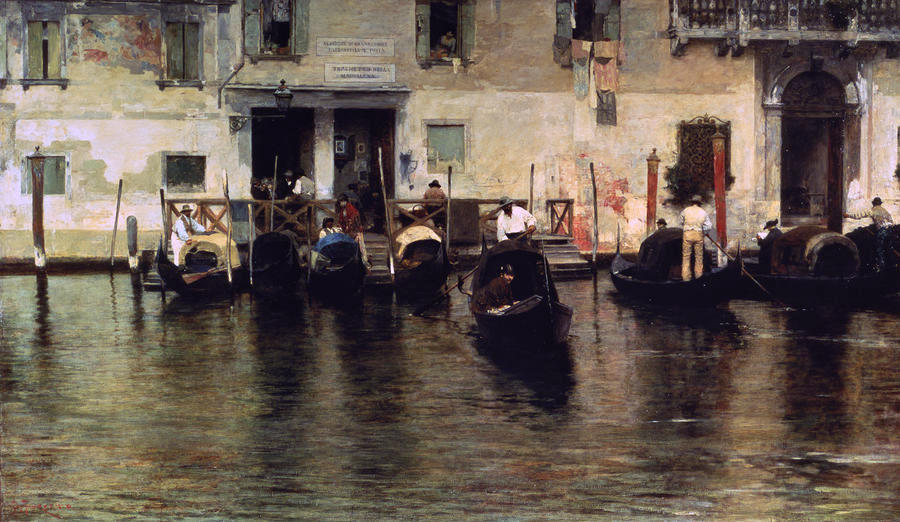 Il traghetto della Maddalena - 1887
This was in the first post linked above, but I adjusted the color to what I think is more like it should be. It is one of his last paintings, perhaps hinting how he might have developed had he lived. 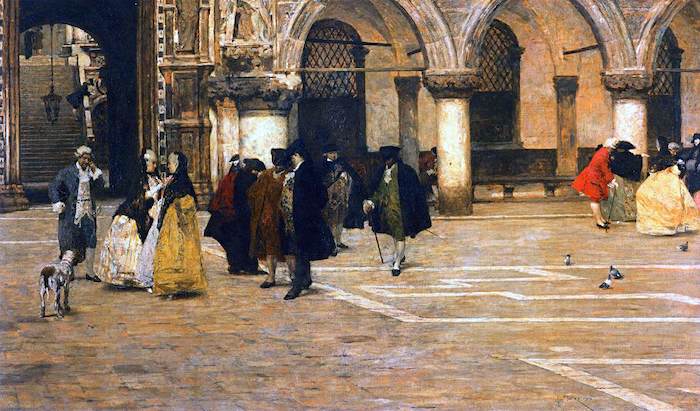 In piazzetta - 1884
Another scene with 18th century costumes. It seems Venice had pigeons back then, though not so many as now on the Piazza San Marco. 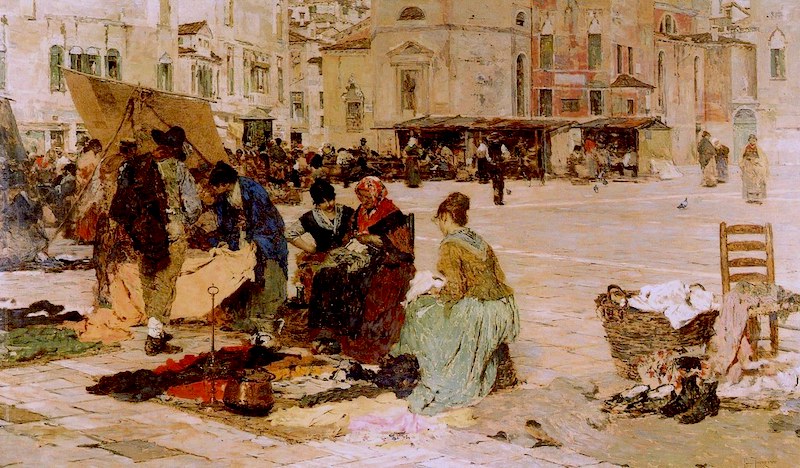 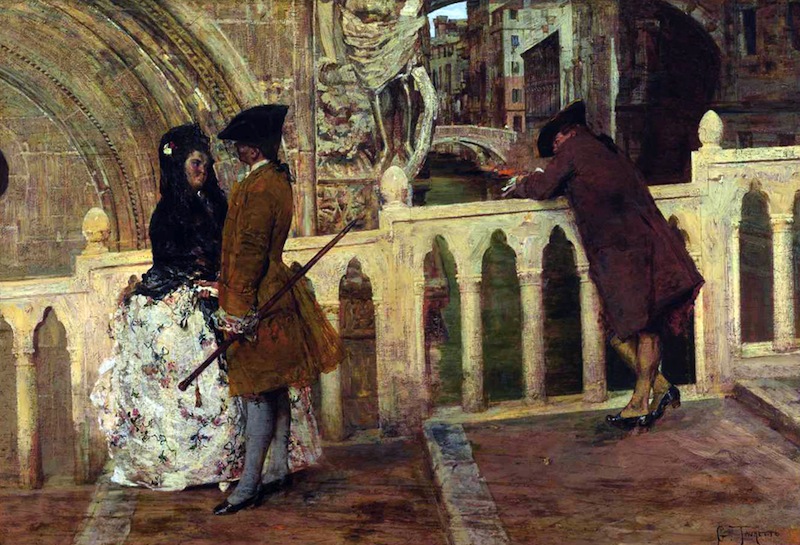 Un incontro - 1880
An 18th century meeting on the Rialto bridge. 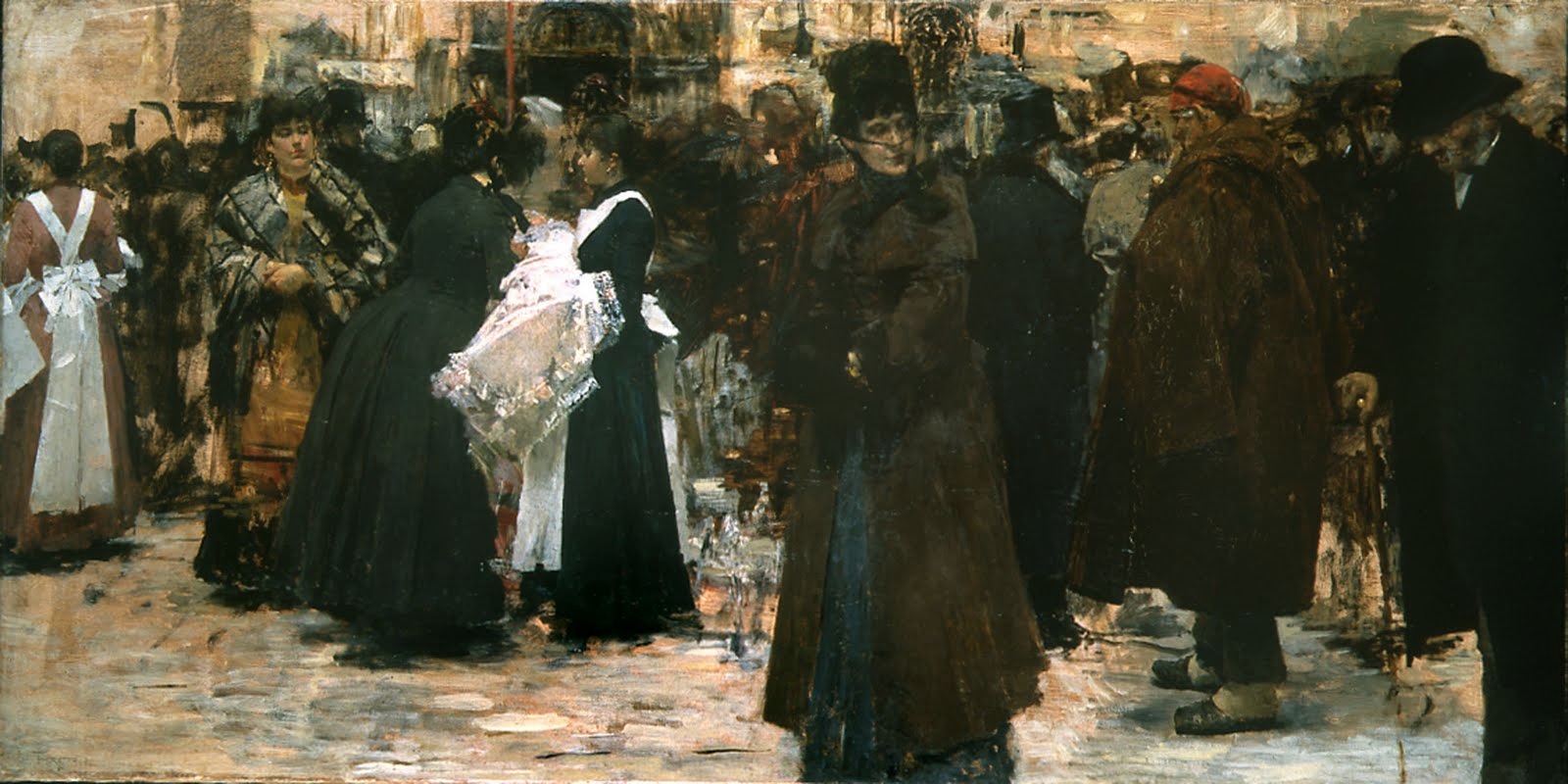 Liston odierno - 1887
This was also shown in the first link above. Fravretto had not finished it at the time of his death. 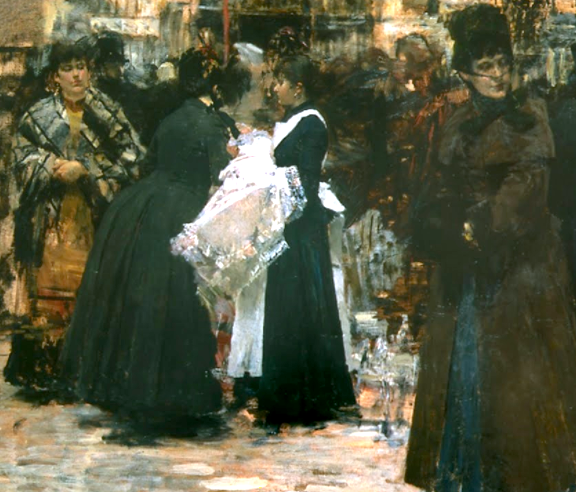 Liston odierno - detail
Favretto tended to contrast faces and other key details with sketchily painted backgrounds.
Posted by Donald Pittenger at 1:00 AM