I was in Rome recently and made sure to revisit the Galleria Nazionale d'Arte Moderna (Web site here). It's on the grounds of the Villa Borghese, which puts it slightly off the usual tourist track. Nevertheless, it's worth a visit for those interested in 19th and early 20th century Italian painting.

One of the Galleria's noteworthy items is a portrait of the colorful Marchesa Luisa Casati (1881-1957) who inherited great wealth and spent it away by the 1930s. She was portrayed by many artists, including Giovanni Boldini (1842-1931) who depicted her at least twice.

One of these portraits can be seen in the Galleria, as the images below attest. 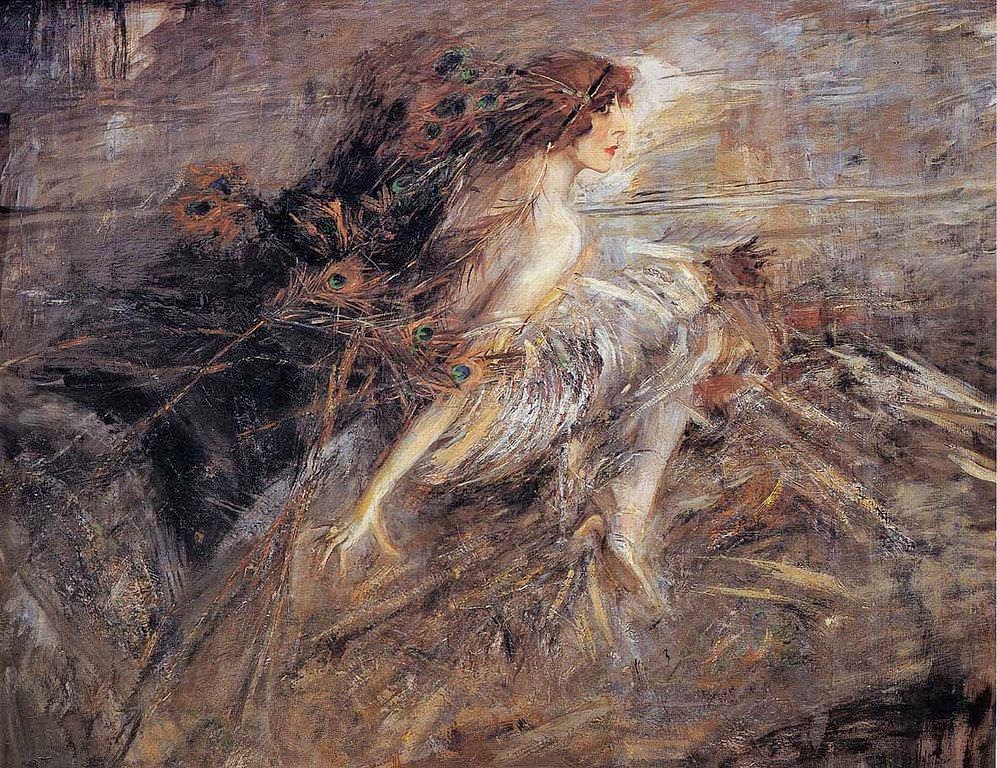 La marchesa Luisa Casati con penne di pavone - 1911-13
This is a public domain image of the painting from the Internet. 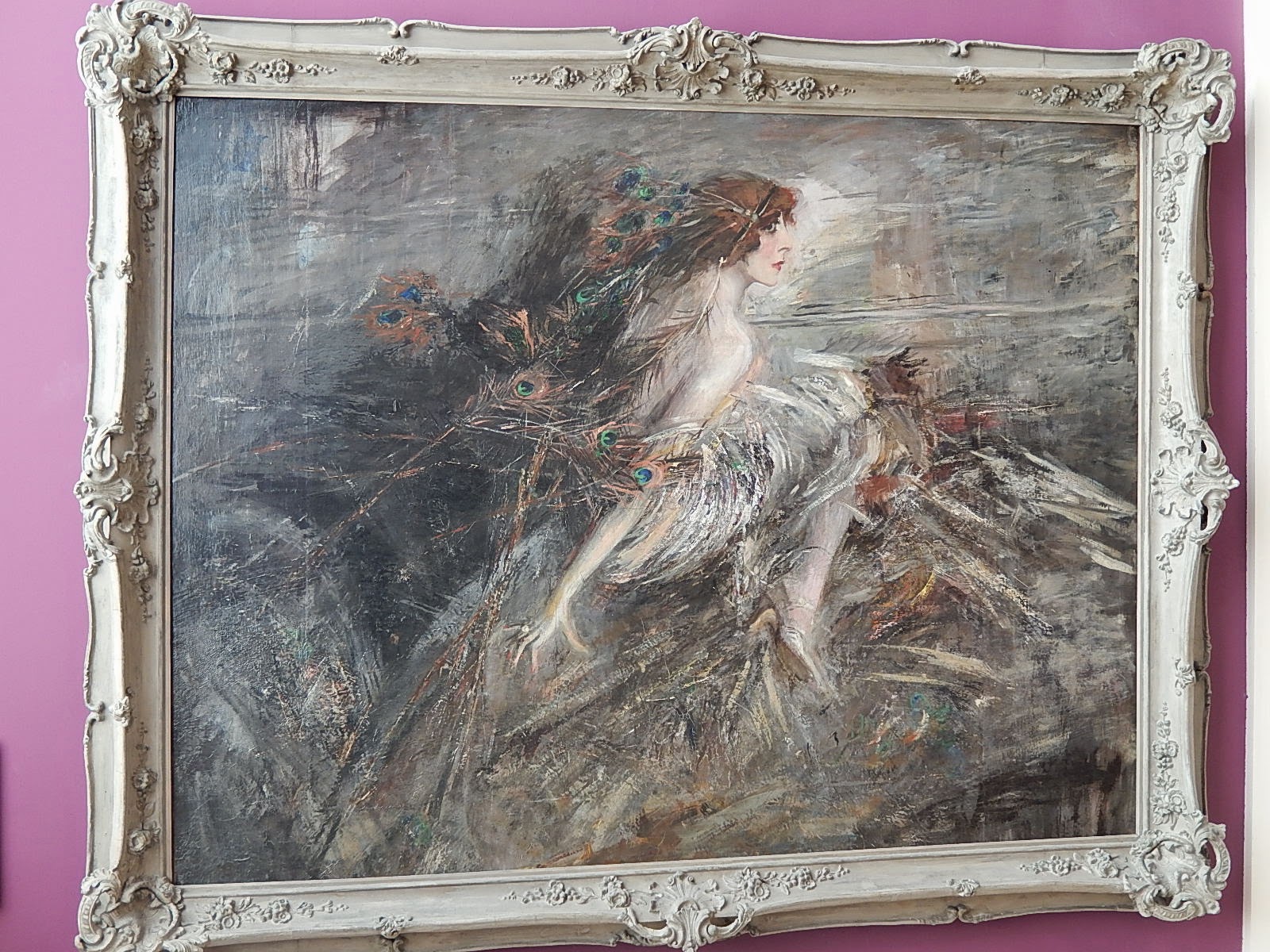 And this is what my camera captured in the gallery. Outside light was coming from the left, which affects what you see here and below compared to the Internet-sourced image at the top. This supposed defect is actually beneficial, because it captures Boldini's impasto and other brushwork better. 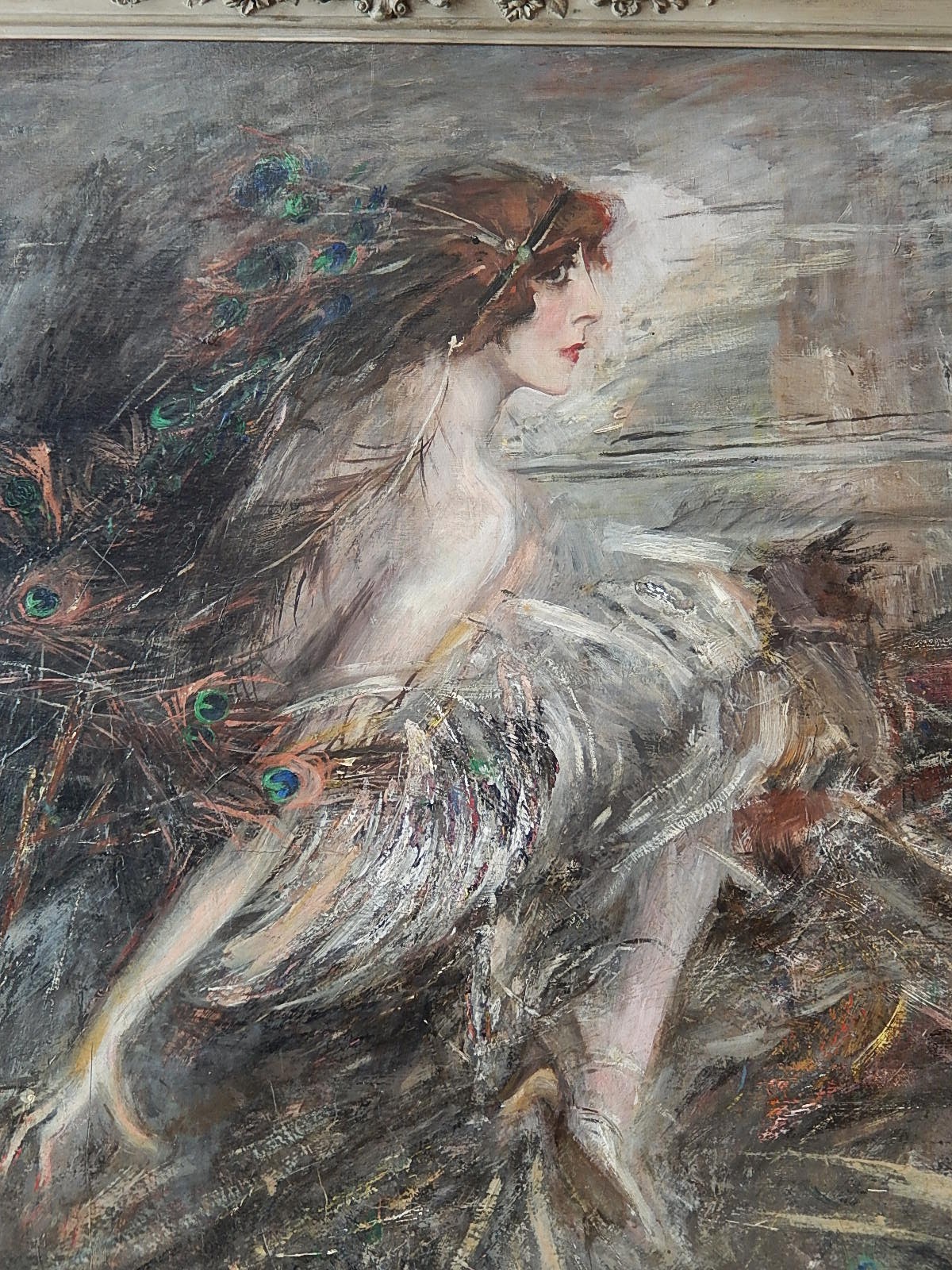 A closer view of the subject.  A bit of the frame was included to allow the camera to get a better focus (many paintings lack crisp edges, and can confuse a camera). 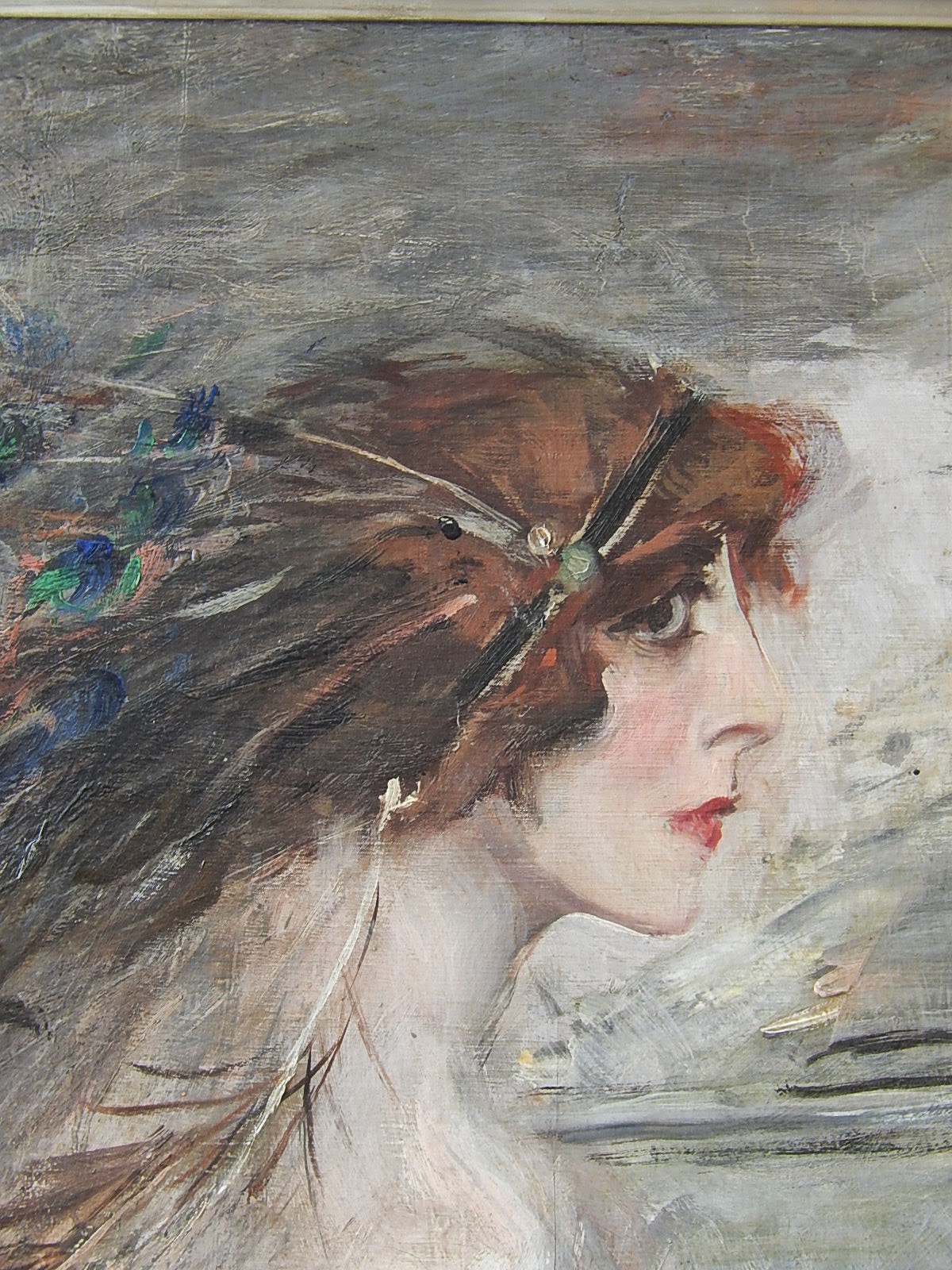 An even tighter shot featuring La Casati's face. Click on images to enlarge.
Posted by Donald Pittenger at 1:00 AM