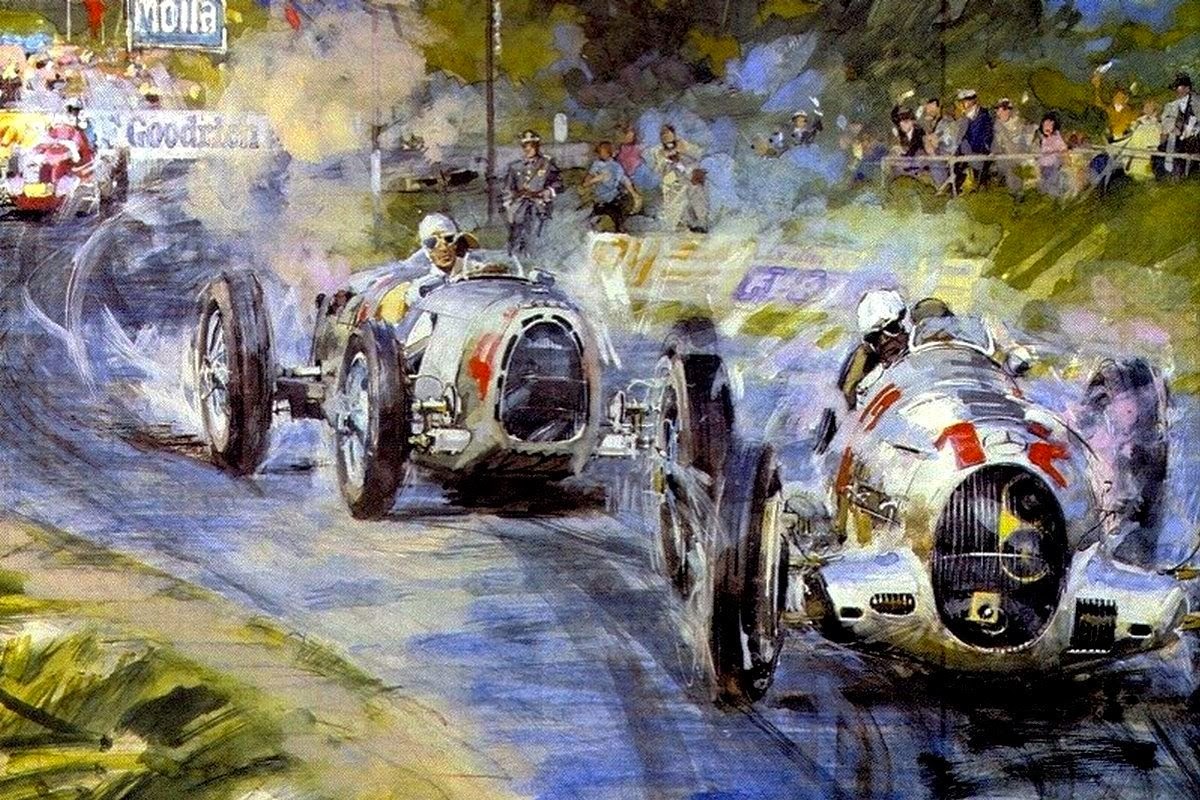 Seen above are an Auto Union and a Mercedes dueling in a pre-World War 2 race. The illustrator is Walter Gotschke (1912-2000) who reconstructed many such scenes after the war using a distinctive impressionist style of gouache painting. His art is well known to automobile buffs.

A short biography on a web site dedicated to Gotschke is here. The German Wikipedia entry that provides family information as well as Gotschke's World War 2 service is here. Charley Parker deals with his art here.

It seems that Gotschke was self-taught, but had little trouble understanding how to portray machines and settings accurately with strong doses of atmosphere and emotion. When necessary, he could change his style to tight rendering. Sadly, he started losing eyesight around 1985 and was blind by 1990, some ten years before his death. 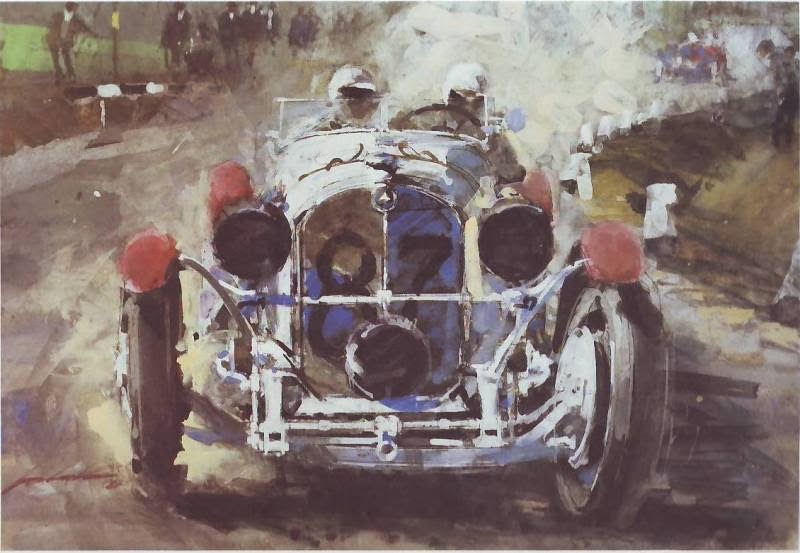 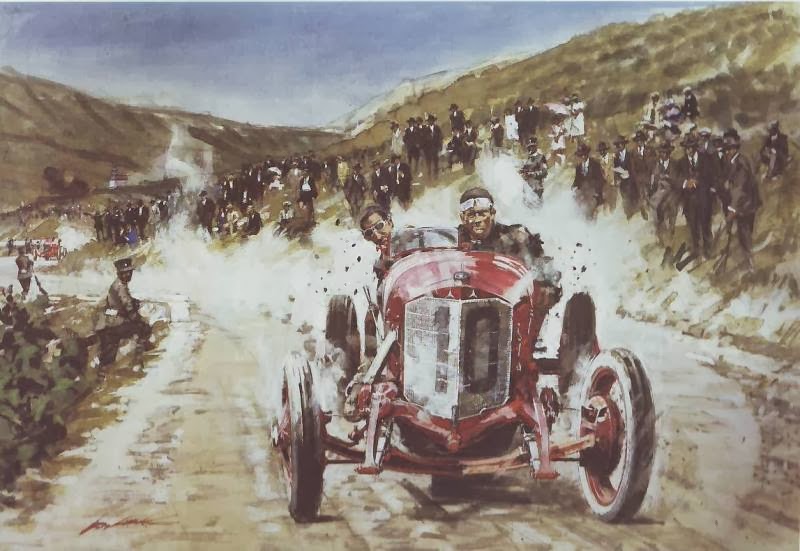 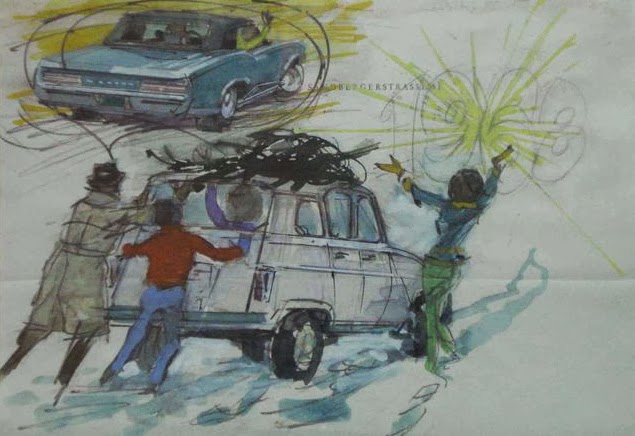 Volkswagen Works, Wolfsburg, 1946. Wolfsburg was in the British occupation zone, and production was re-started to provide a few vehicles for the occupation forces. Little did the Brits know what would come to pass. 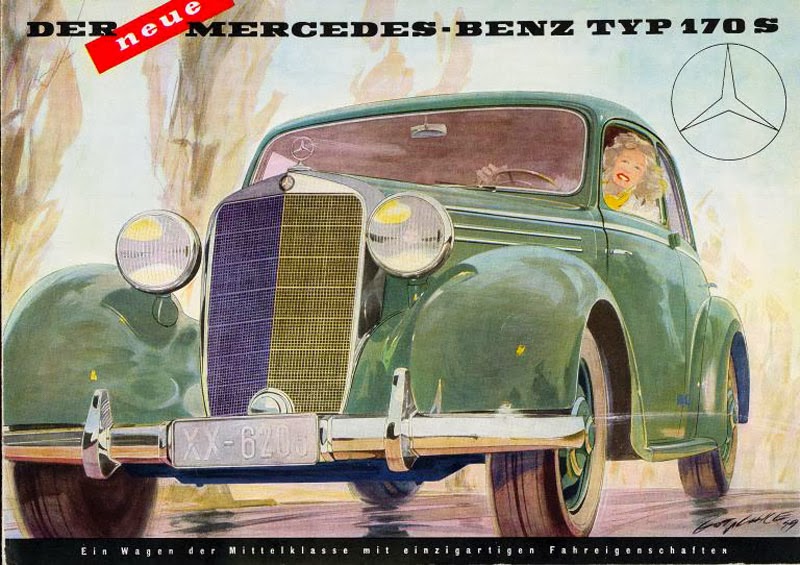 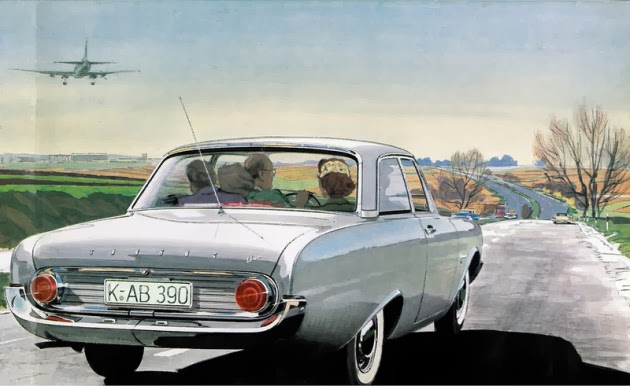 Illustration for Ford Taunus P3 - c. 1961. This, and the three illustrations above, are crisply done, unlike his racing art.

O dear! Why are sites like this so hard to find while totally crappy sites are listed on top of search engine? Found this blog accidentally, keep it up. Thanks for the analysis.


..... I was searching info on the print that I have showing the VW Wolfsburg Motor Works and found this site....

Thanks for giving me more knowledge about my VW artwork