I seem to post a lot about 20th century British artists who are little known today, yet seem to have carved out respectable careers for themselves. Today I do it again, this time about Thomas Cantrell Dugdale (1880-1952).

I could find little in the way of biographical information about him after a half-hearted Web search. London's National Portrait Gallery has only this: "Thomas Cantrell Dugdale was a painter and book illustrator. During the First World War he served as a Staff Sergeant in the Middlesex Yeomanry." The Tate offers only a little more here.

As a result, we are left to fall upon the device of examining Dugdale's art. Which is a sensible thing to do, because that's what really counts.

Wellington and crew, Pilot and Navigator Confer - c. 1940
Dugdale served in Allenby's Palestine campaign, though apparently not with the Buckinghamshire Hussars. As for the World War 2 scene, I have no information as to whether or not he had any sort of official war artist status. 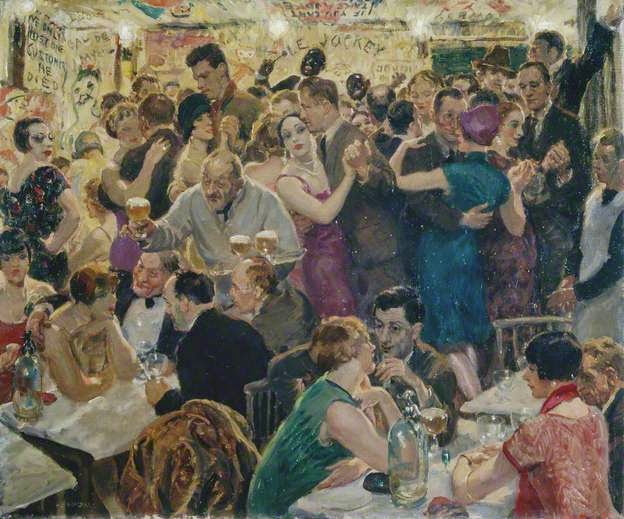 Night - 1926
This image might be an illustration, rather than strictly a painting. 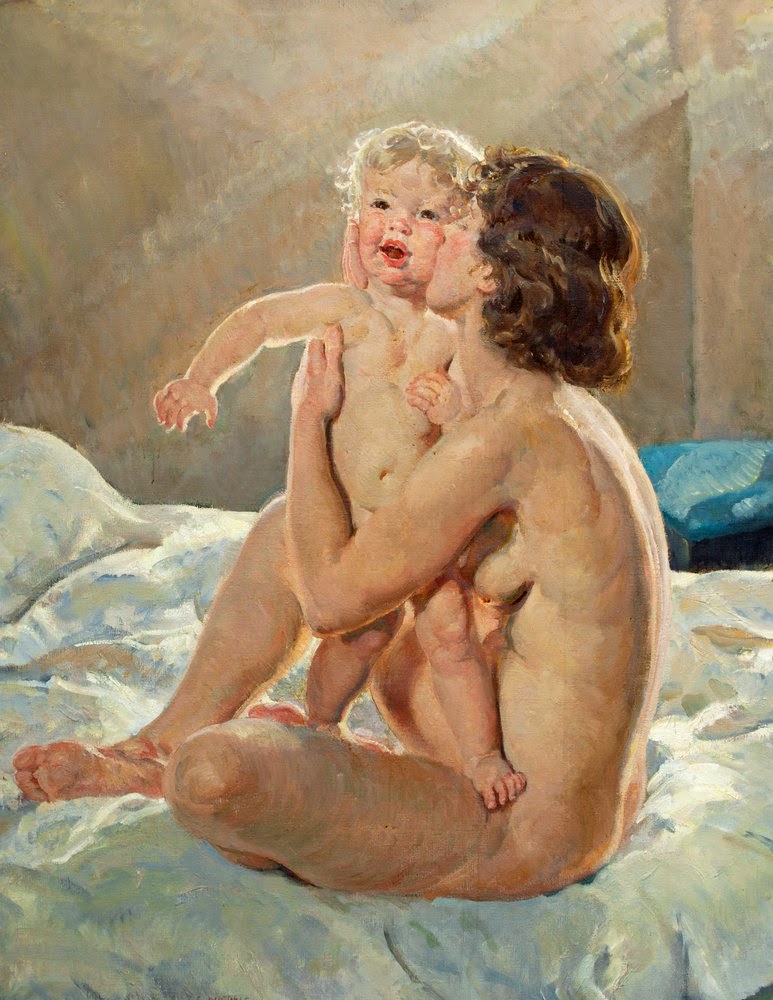 Life
An interesting, naturalistic pose. I wouldn't be surprised to learn that it was based on photography. 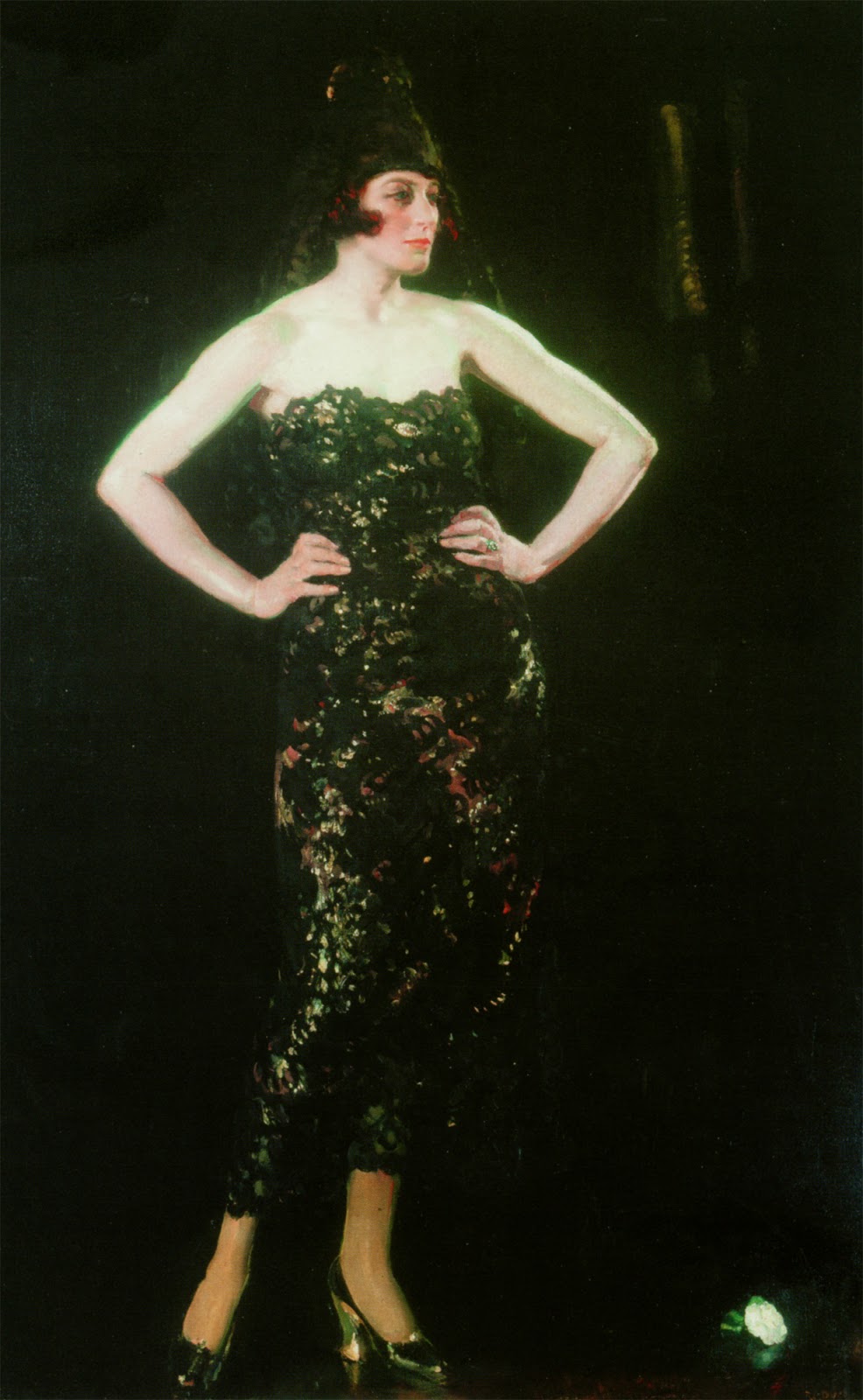 La Bella Andaluza
Stylistically different from Dugdale's other works, but another natural pose. 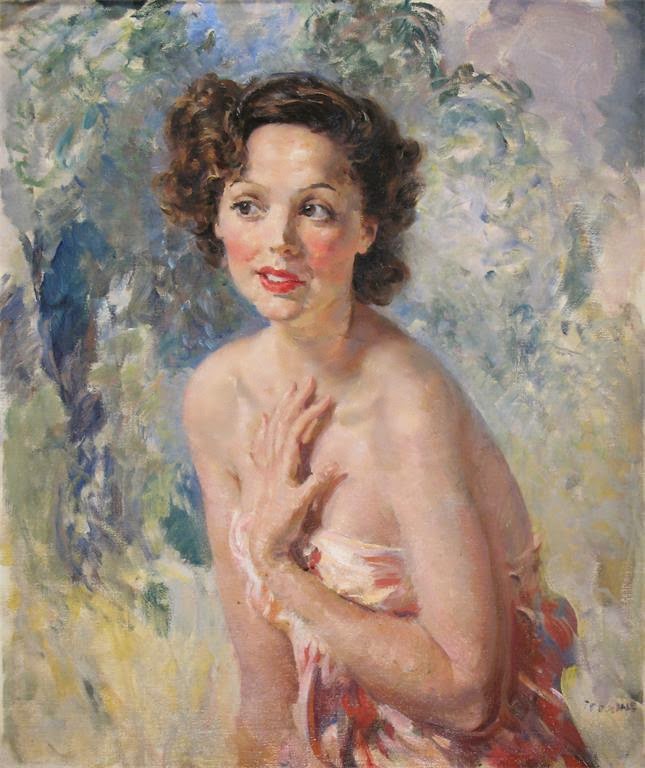 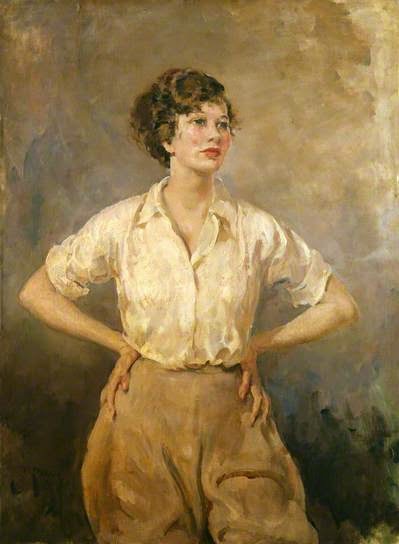 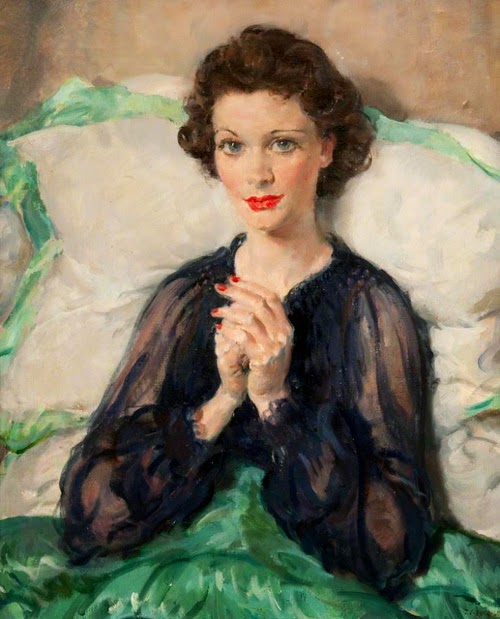 Vivien Leigh - c. 1936
Dugdale seems to have painted quite a few portraits of British actresses during the 1930s, though I have no information regarding why. 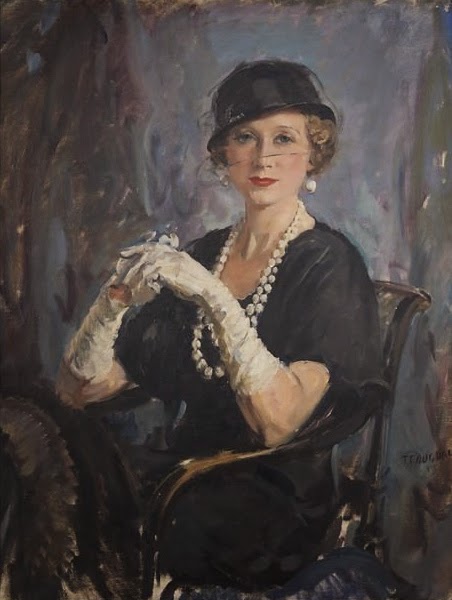 I think Dugdale at his best was a good artist, yet not top-notch. I like the paintings of the mother-and-child and Andaluza best of this lot. The rest display a touch of Modernism that is manifested in a sort of dabby style that lacks punch and individuality. That might be why he is little remembered even though representational art is regaining popularity.
Posted by Donald Pittenger at 1:00 AM

I know about the Charge of the Royal Buckinghamshire Hussars in Palestine late in WW1 and have seen images in photography and painting. But never from this perspective. Do we know where is this Dugdale to be found?

According to the BBC "Your Paintings" site, it's owned by the Buckinghamshire Military Museum Trust, and can be seen (if on display) at The Old Gaol Museum, Buckinghamshire, England.