For a very brief time -- about three years -- amusing, cartoonish illustrations by Robert O. Reid appeared on Collier's magazine covers and internal story illustrations as well as some advertisements.

Before and after that blaze of professional glory, little of Reid can be readily found on the Internet. There are images aplenty on Google, but those are the sort of items just mentioned. As for reliable biographical information -- there seems to be none. My go-to hardcopy reference, Walt Reed's "The Illustrator in America, 1860-2000" has nothing on Reid. One of The Norman Rockwell Museum's recent emails mentioned a "Robert O'Reid," but illustration credits for some of the Reid images I downloaded have it "O." and not "O'". One Web site suggested that Reid was more interested in theatre than illustration, so he abandoned art. Another had his years as 1921-2009, but this implies that his work was appearing in a major publication when he was about 17 years old; possible, but not likely.

As for Collier's, it was probably the number two general-interest magazine in America in the 1930s, 40s and in the 50s until its 1957 demise. For illustrators, appearing in Collier's was the next-best professional thing short of having work published in the Saturday Evening Post. So Reid came out of nowhere, was published a lot in Collier's, especially 1938-1940, and then disappeared. 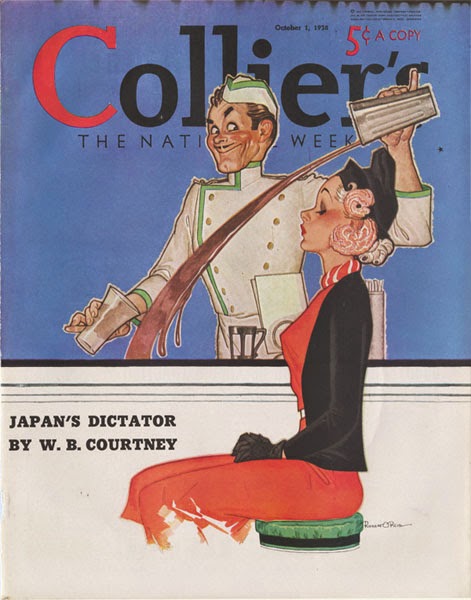 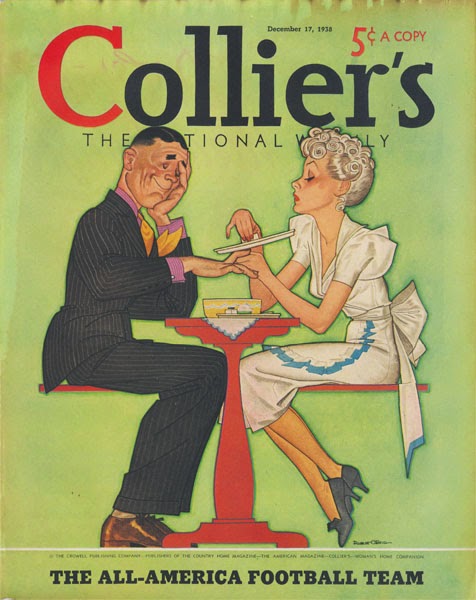 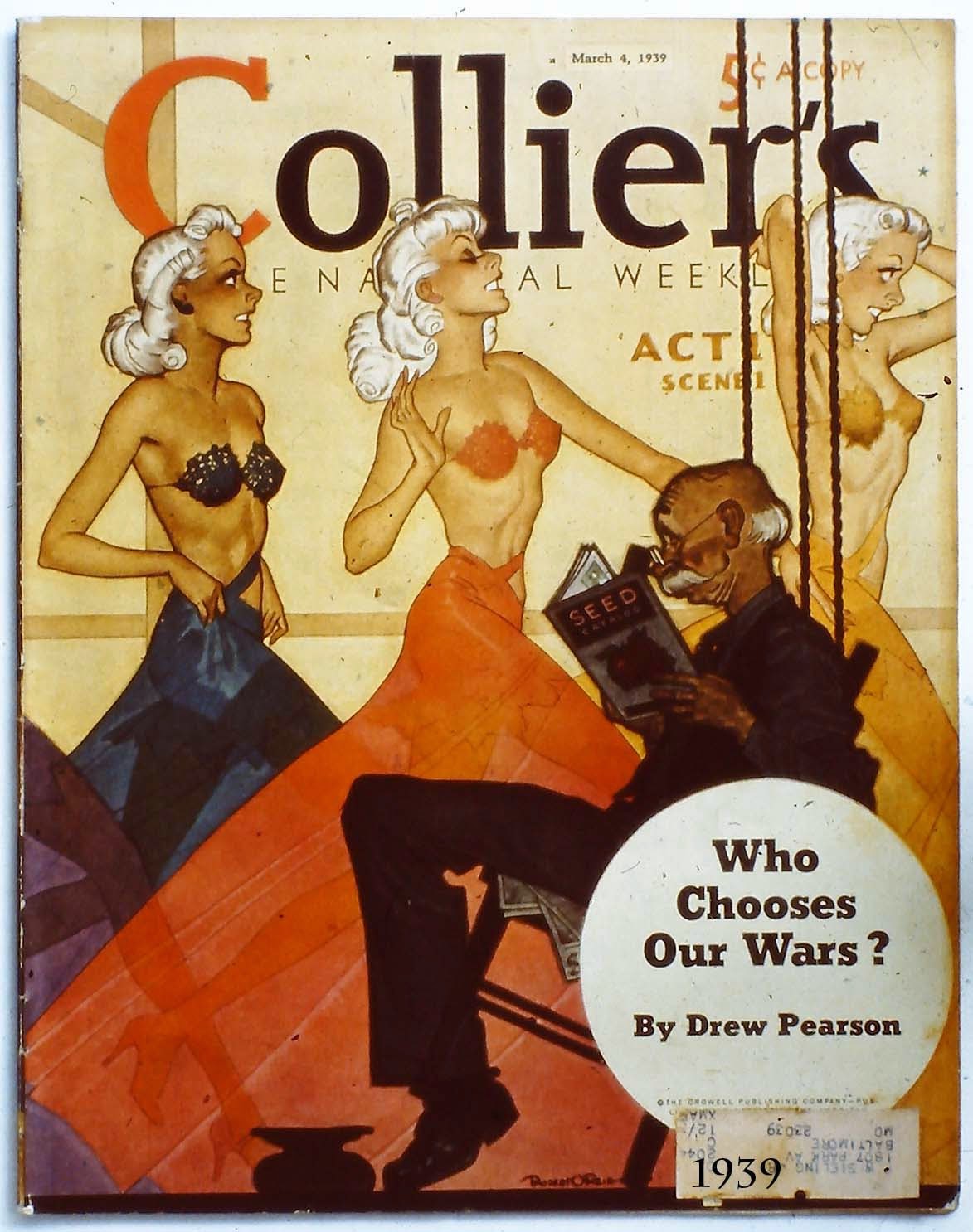 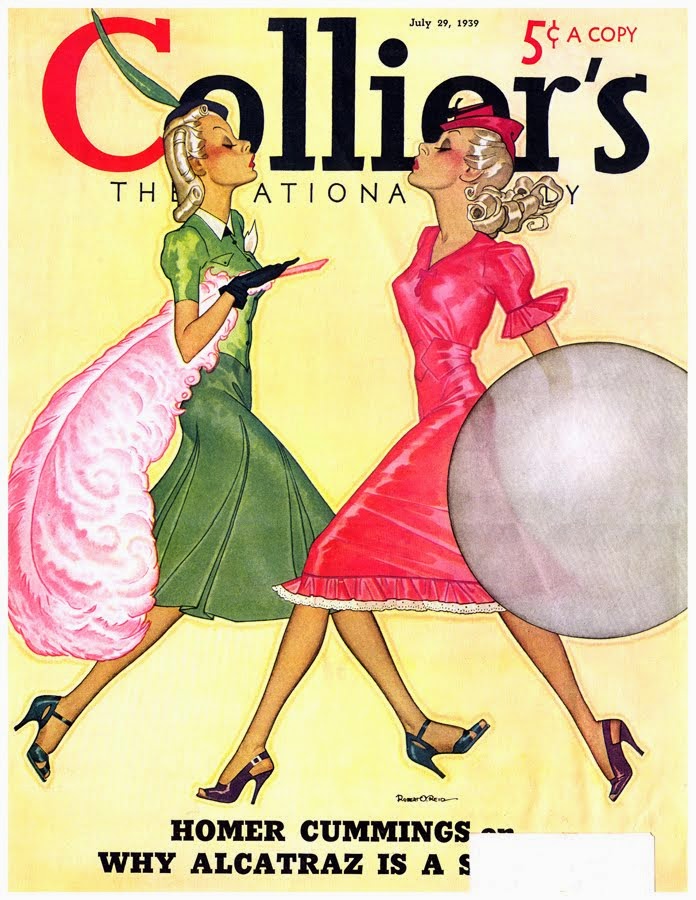 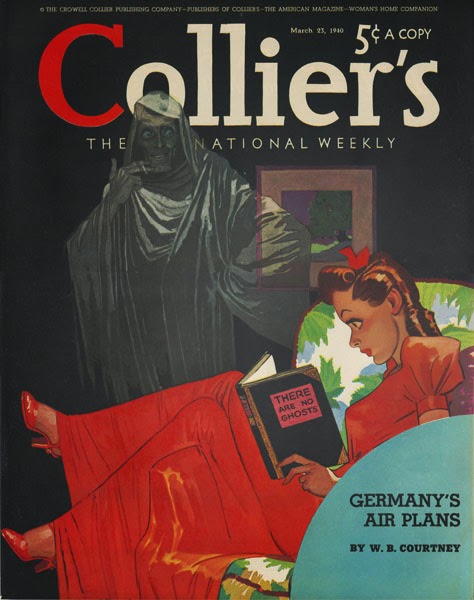 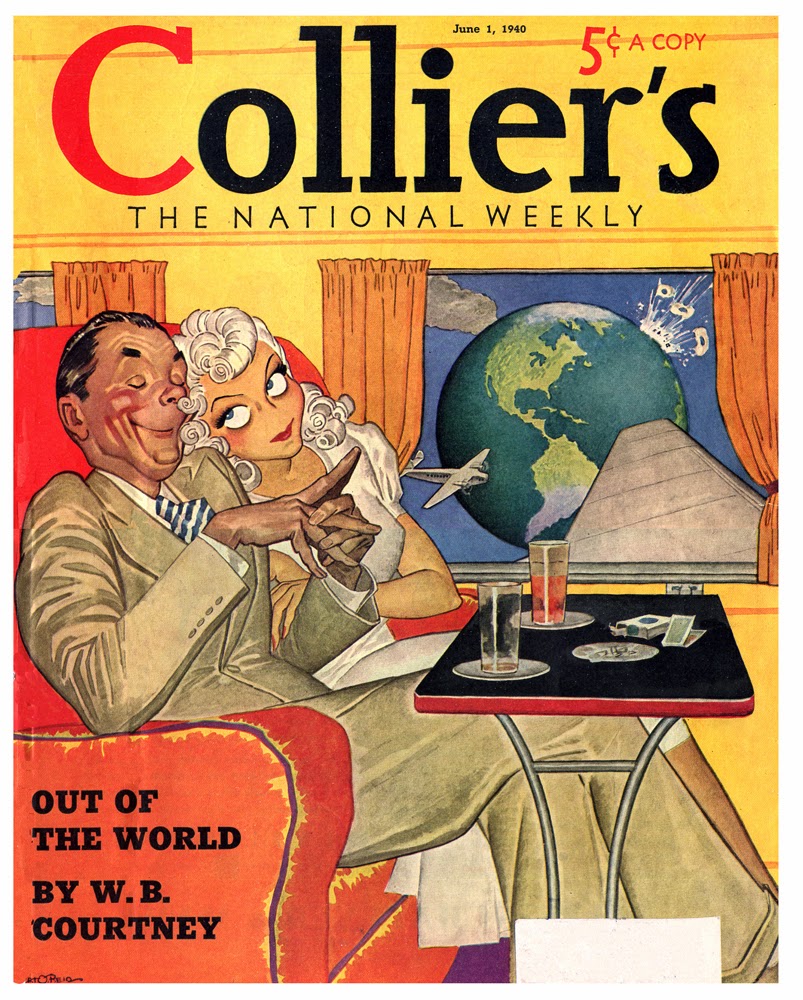 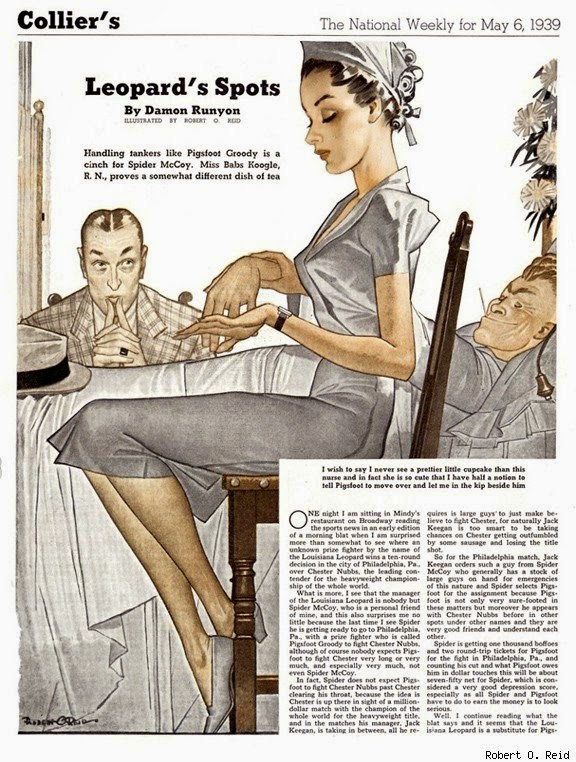 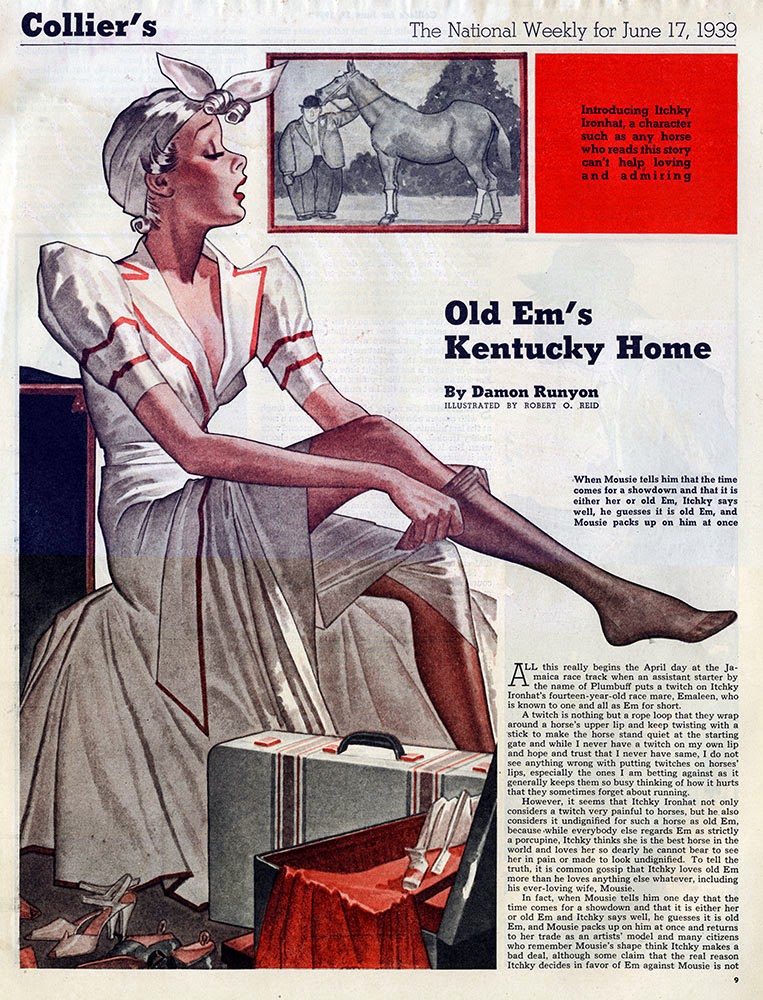 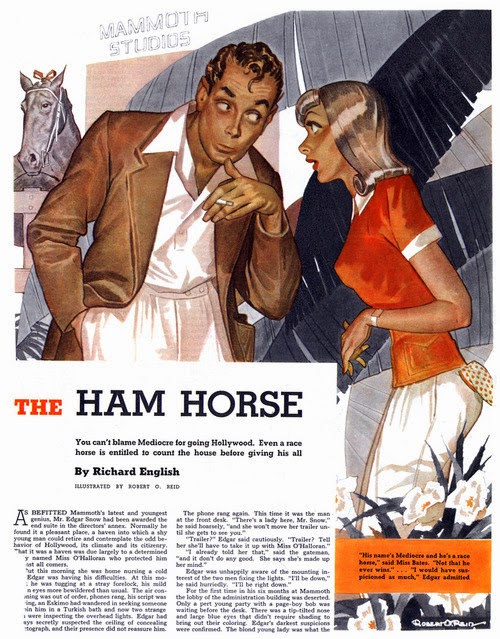 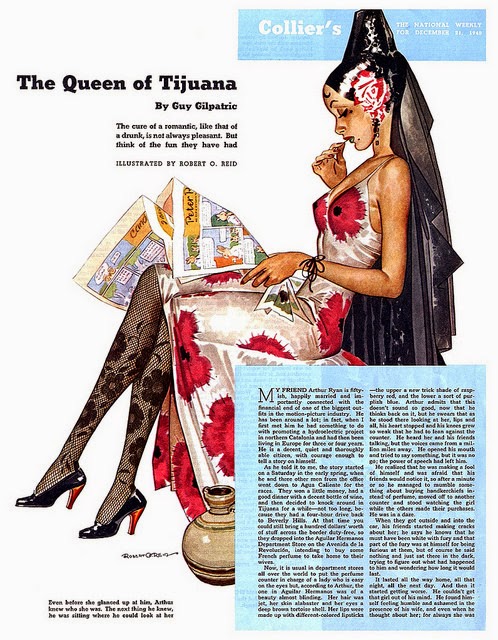 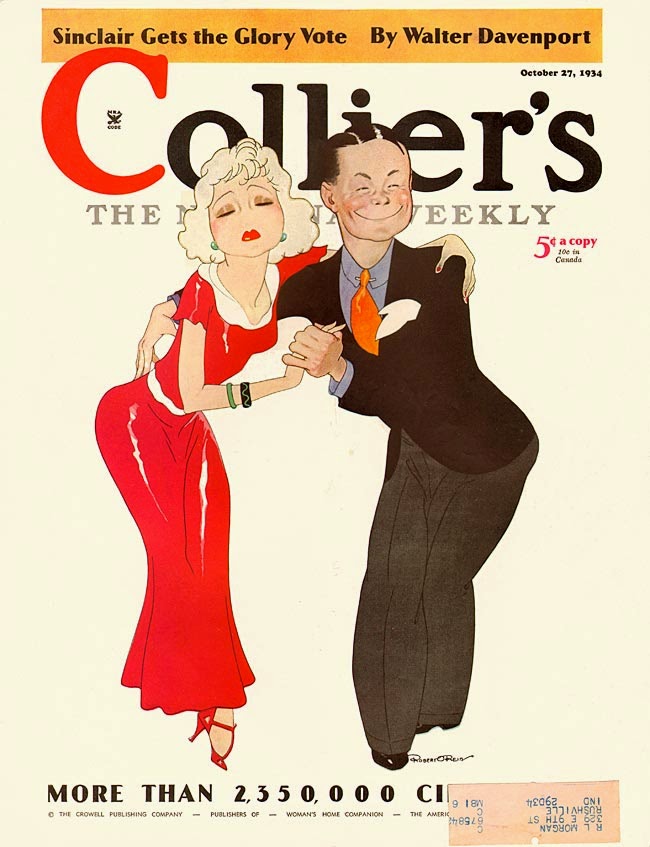 Aha! While researching content for another post, I stumbled across this 27 October 1934 Collier's cover by Reid. So he was nibbling at the Big Time at least four years before his 1938-40 surge. And for sure he wasn't born in 1921. Any solid biographical information on him would be greatly appreciated. Please post as a comment.
Posted by Donald Pittenger at 1:00 AM

Illustration Magazine #69 has the secret story of Robert O. Reid. He was prolific from the 1920s through the early 1940s. Buy the magazine - it has the ONLYd article on Reid and reveals all.