Vernon Grant: Cartoonist-Illustrator of the 1930s and 40s

Vernon Simeon Plemion Grant (1902-1990), or simply Vernon Grant, as he signed his works, had a long, active career illustrating magazines, books and advertising. Here is his Wikipedia entry and here is a website dedicated to him.

Grant featured a cartoon-like style in his work that was lively and attractive. It was also highly in tune with the times. Yes, there was a Depression and then a war going on during his peak years. But many Americans were happy to seek relief from unpleasant times by viewing escapist movies and gentle cartoon humor, so Grant did well in difficult times.

As for me, I have no problem with his artistic style, given his objectives and assignments. My problem is, ... well, let's take a look. 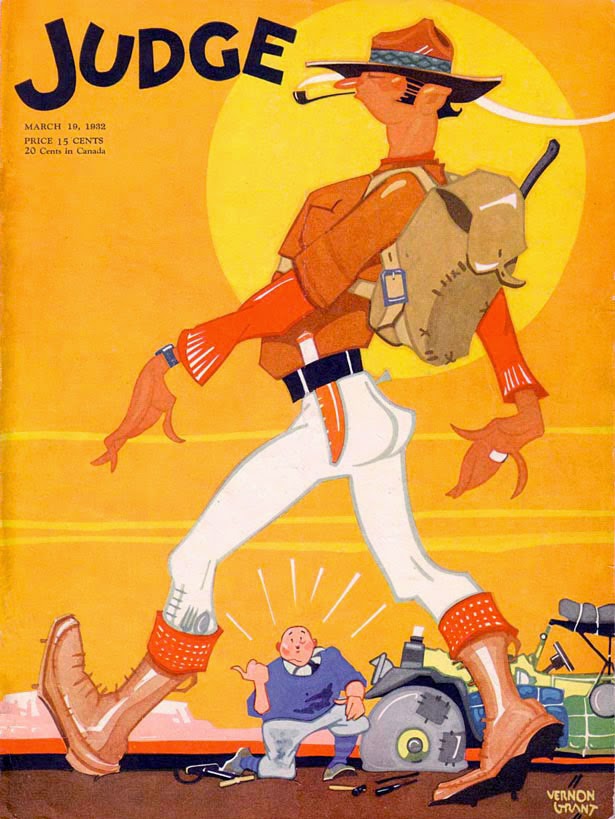 Judge magazine cover - 19 March 1932
Grant had a sense of humor that must have appealed to some magazine editors and readers, but it largely eludes me. For most of the images in this post including this one, I can think of possible situational jokes; however, none is smashingly obvious. 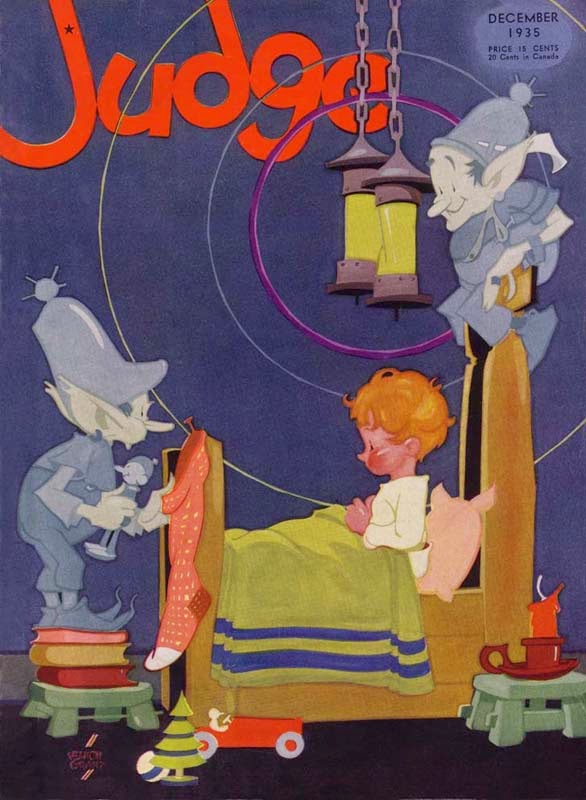 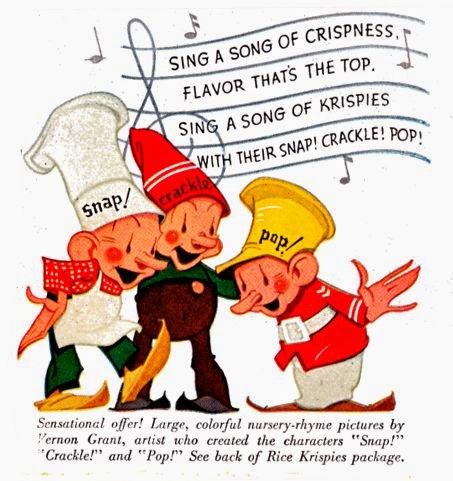 Rice Krispies breakfast cereal characters - c. 1939
Snap, Crackle and Pop grew out of Grant's frequent usage of gnomes in his other illustration work, as in the Judge cover above. 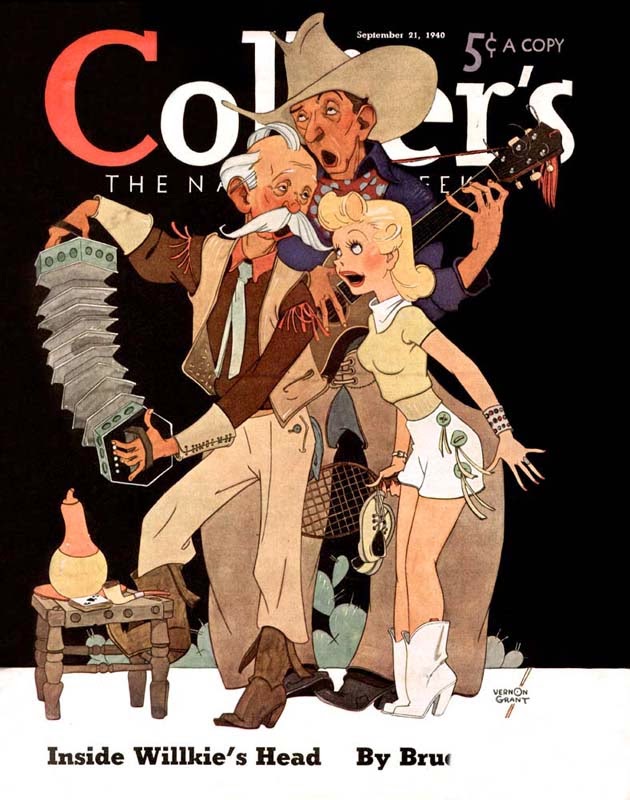 Collier's magazine cover - 21 September 1940
The cowgirl is carrying a tennis racket and shoes. I have no definite notion what that signifies here. 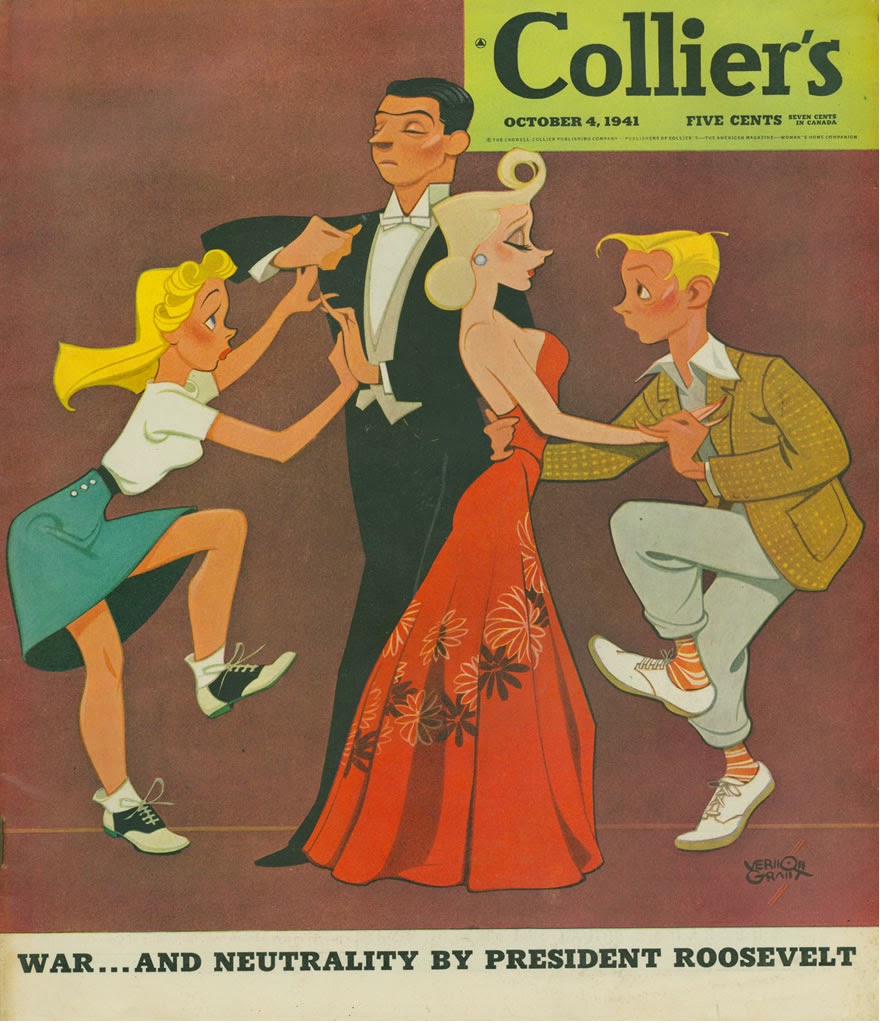 Collier's magazine cover - 4 October 1941
Okay, I think I get the humor here. It contrasts traditional, dress-up type dancing with the Jitterbug dancing whose popularity was peaking around the time Grant painted this cover. His twist, of course, is cross-pairing the dancing couples -- perhaps parents and teen-age children. Collier's magazine cover - 10 January 1942
The illustration was surely completed before the Japanese attack on Pearl Harbor, 7 December 1941. It shows a sailor returning from duty in a warm climate. Not exactly war-related, but Collier's editors must have decided that the cover wasn't worth pulling at the last minute, production times being what they were. 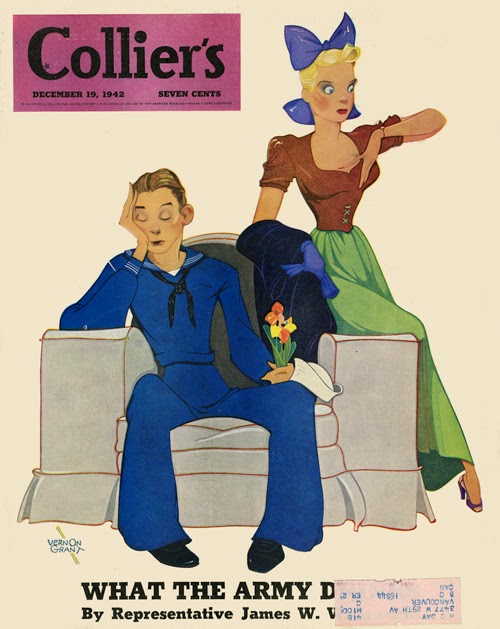 Collier's magazine cover - 19 December 1942
Another sailor, another somewhat opaque joke. For once, it's the girl who has to wait for the date. But why is the sailor sleeping? It would be better if Grant provided a reason. 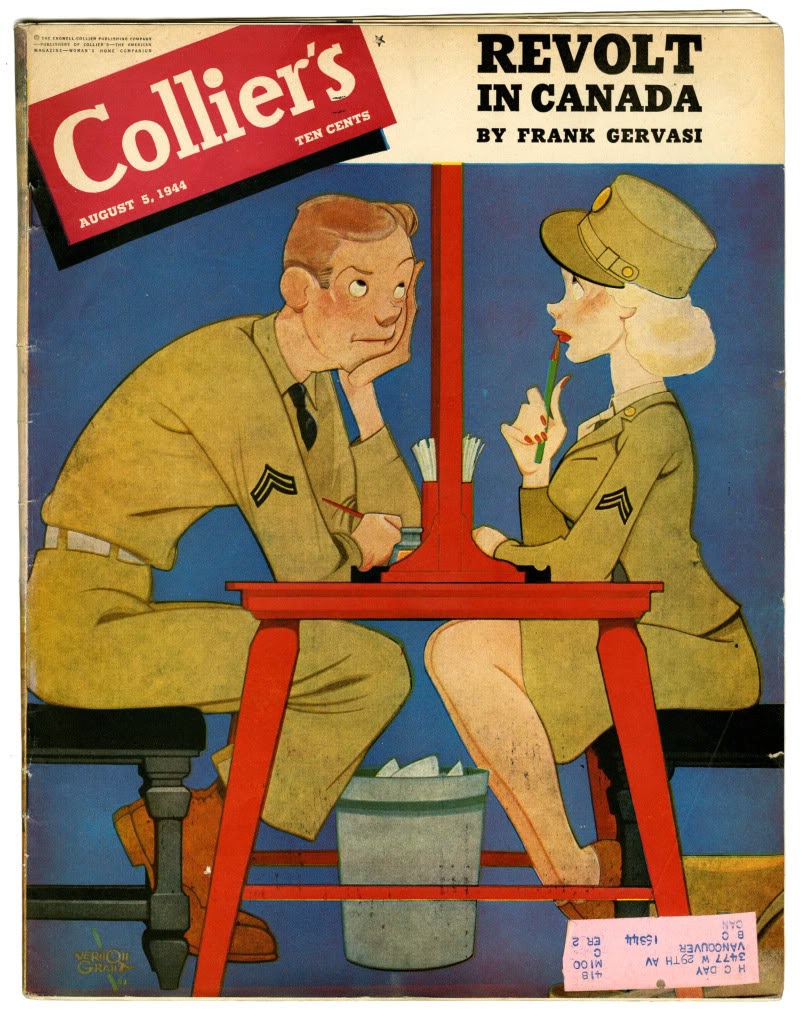 Collier's magazine cover - 5 August 1944
Grant often used sailors in his wartime illustrations. Here he deigns to feature a couple of Army corporals. But the humor? Are they writing each other? Someone else? Who besides Grant and his editor knows. 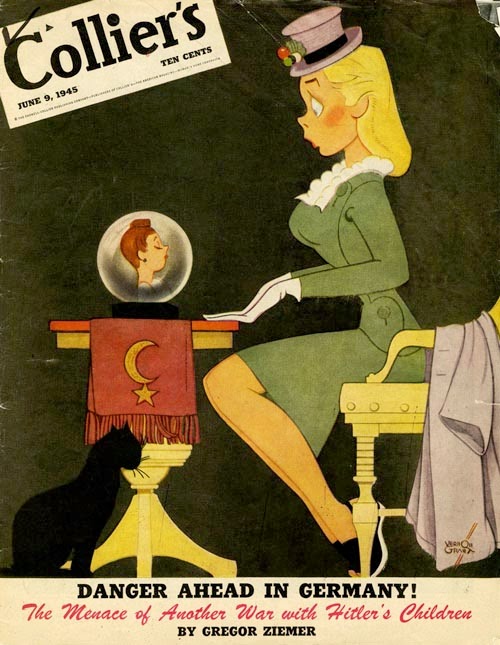 Collier's magazine cover - 9 June 1945
I have no clear idea who the head in the crystal ball might be. 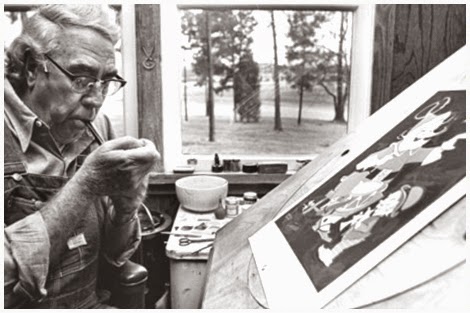 It’s the ambiguity that makes these illustrations so strong, they set me off :)
For instance the dozing sailor and the disgruntled time watching girl, I take it they are both stuck waiting for separate dates while missing the opportunity for a unique encounter. Of cause that might still happen and that’s why the speculation is so entertaining. :D Dave