While dashing through New York's Metropolitan Museum of Art early in September, I came across Fleur de Lis (c. 1895-1900) by Robert Lewis Reed (1862-1929). His Wikipedia entry is here, and I wrote about him here. The Met's website page on the painting is here.

At the time the painting was made, Reid was practicing the American version of Impressionism where broken color and visible brush strokes were combined with greater attention to drawing than in classical French Impressionism, and where key areas such as faces were painted more traditionally. Fleur de Lis has a similar feeling to some of paintings of women by Frederick Frieseke and Richard E. Miller. 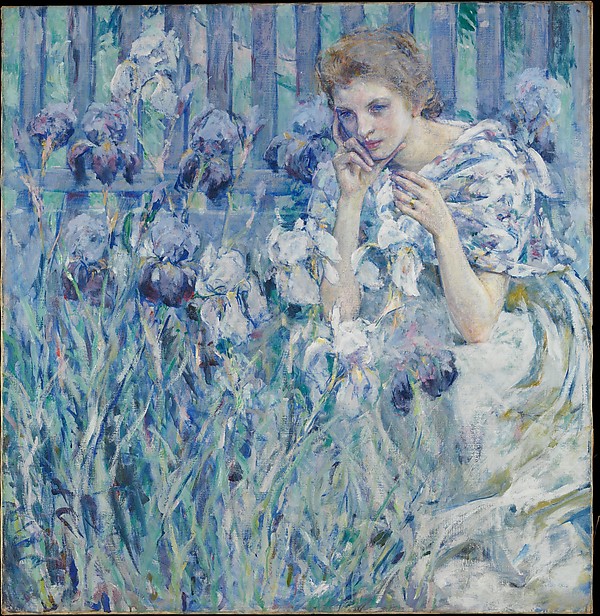 Image of Fleur de Lis from the Met's web site. 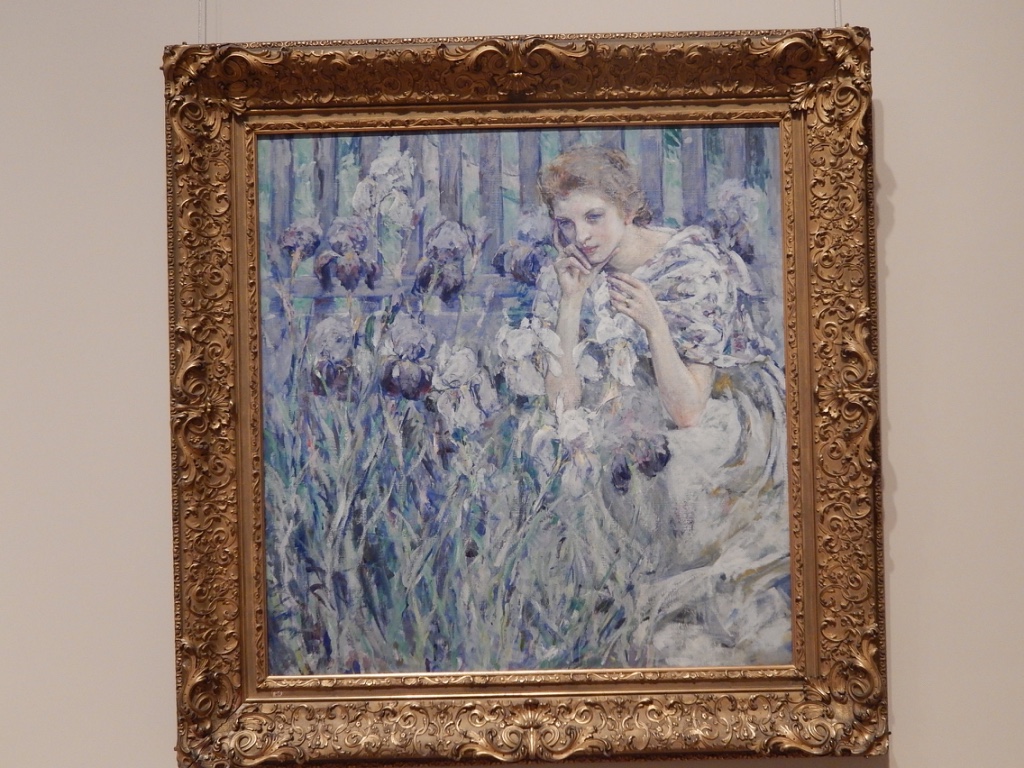 My establishment / aide-memoir photo.  Note the difference in color due to artificial lighting in the museum and perhaps sensors in my camera. 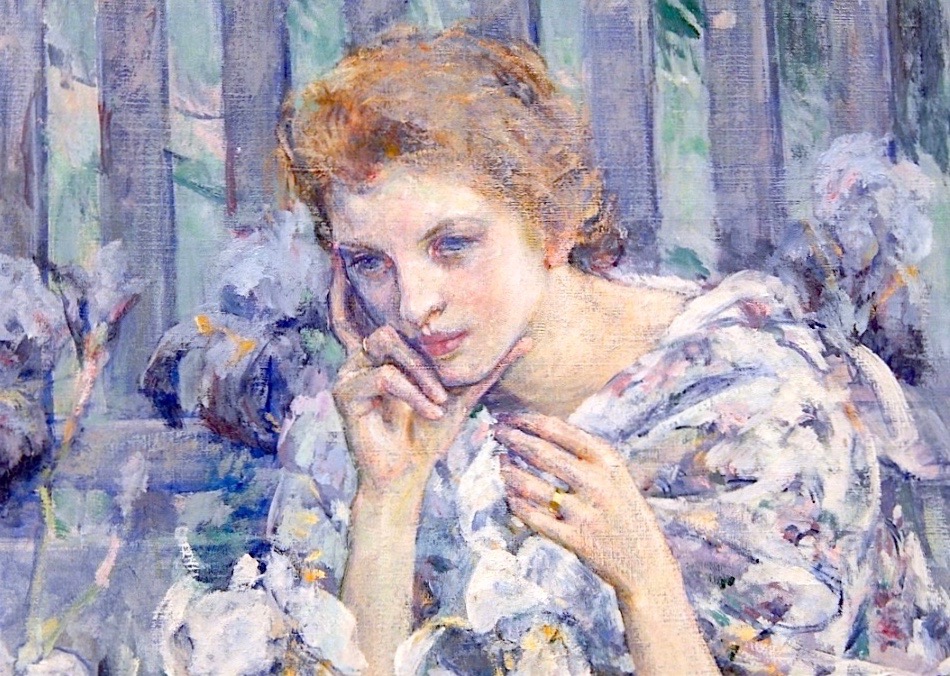 Close-in photo. This is slightly cropped, and I also played around with the color which is still slightly more in the red direction than the colors in the museum's image above. Reid painted fairly thinly here, though parts of flowers and the subject's clothing show stronger brushwork. Note the blueish background color touches on the subject's face, hair and hands. Also bits of her hair color spotted elsewhere. This helps to unify the painting.

It goes to show that, across the globe in that Art Nouveau era (c1895-1912), artists loved young women, flowers, peace in nature and gentle brush strokes. Of course Robert Reid did spend a few years at the Académie Julian in Paris. But he wouldn't have continued with the Impressionism back at home, had he not believed the American market would buy his French style.

I hope he was proved correct and did very well.