No, I'm not talking about a perfect gymnastic score nor how attractive a woman might be evaluated. This has to do with Robert Lewis Reid (1862-1929) who was a member of a group called the Ten American Painters comprised of important and well known artists whose commitment to modernism extended only a little beyond Impressionism.

From my standpoint, Reid is one of the most obscure of The Ten, though he was clearly well regarded by the others and had enough recognition in his day to be commissioned to paint murals for the new Library of Congress in Washington, D.C. and other buildings.

Trained in New York's Art Students League and Paris' Académie Julian, Reid spent most of his career in the Northeast. A stroke cut his career short in 1927, though he attempted to resume painting. More biographical information can be found here and here.

Reid's easel painting style resembled that of some of the more Impressionism-inclined Ten as well as that of Richard E. Miller who was not associated with that group. 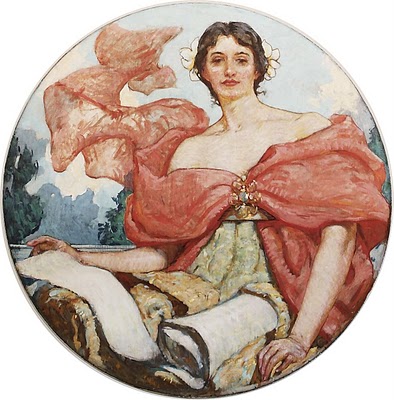 Understanding - Library of Congress mural - 1896
Other murals in this series featured similar poses and props, yet supposedly dealt with different themes. 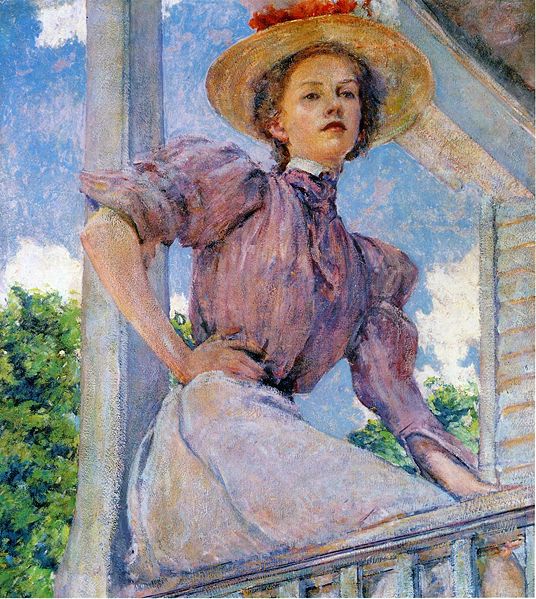 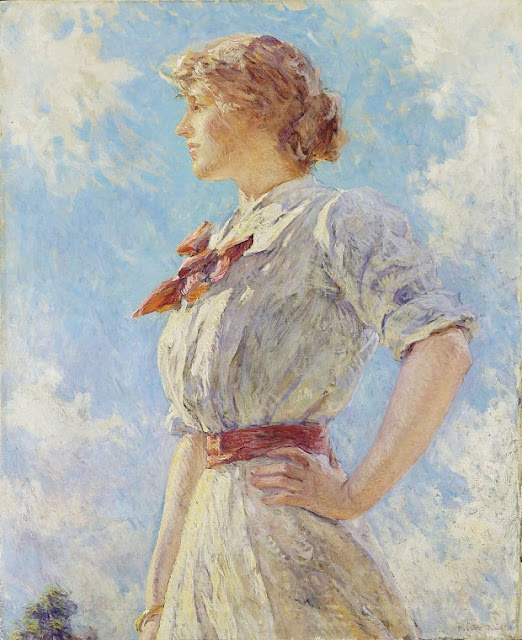 Against the Sky - 1911
These remind me of paintings by fellow Ten member Frank Benson. 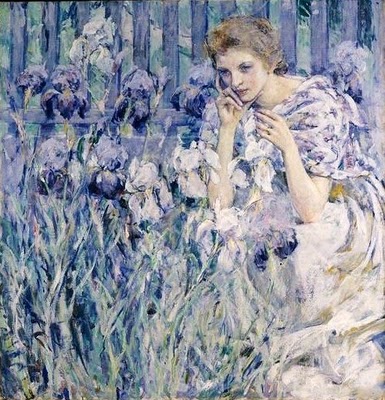 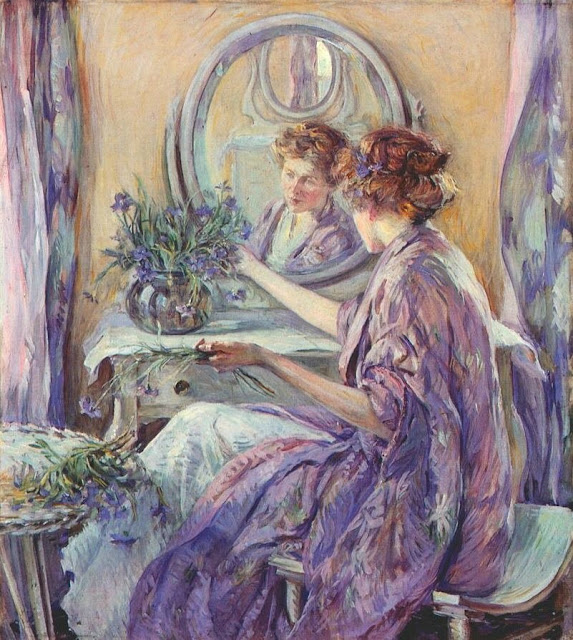 The Violet Kimono
These two remind me of Richard E. Miller paintings. 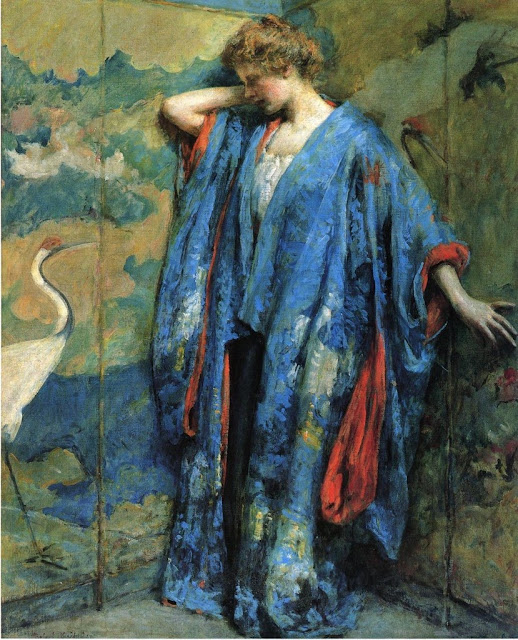 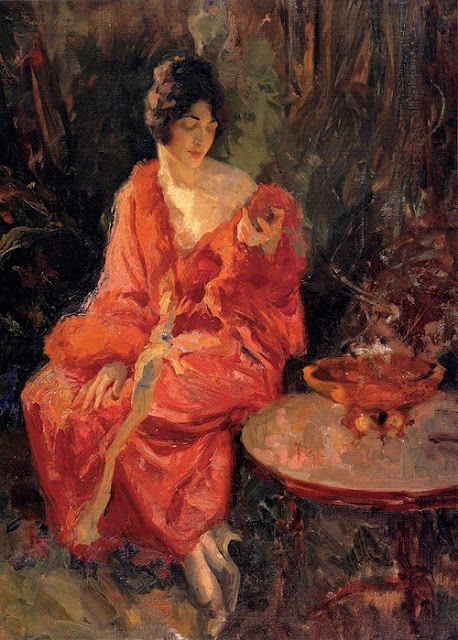 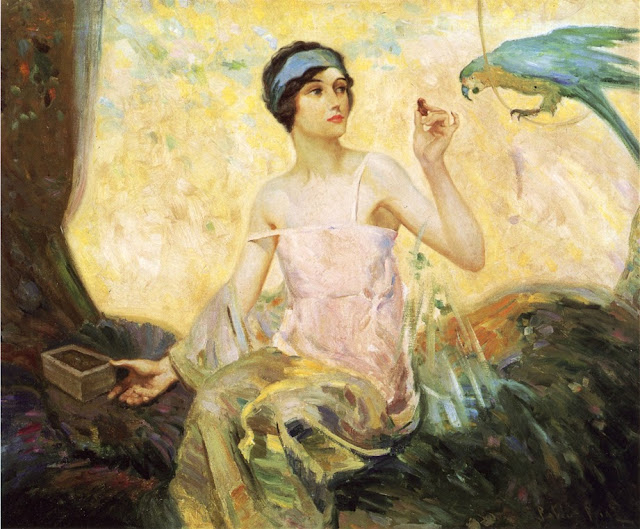 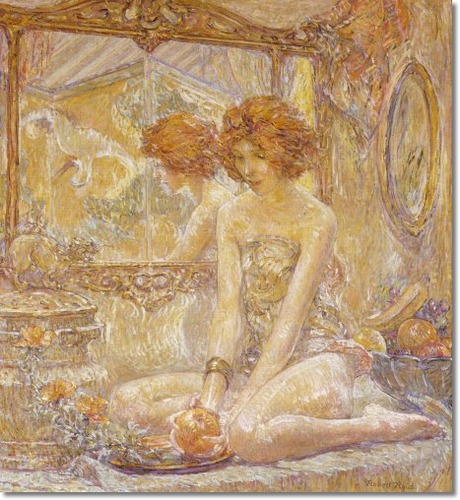 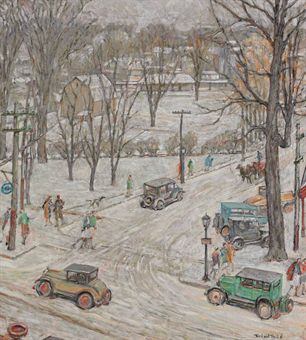 Street scene - 1920s
An atypical Reid, painted near the end of his career.

Although Reid was highly competent and many of his paintings are very nice, his career might have suffered in retrospect because he never settled on a distinctive style. In other words, he was too eclectic or derivative for the good of his reputation.
Posted by Donald Pittenger at 1:00 AM

"Against the Sky - 1911" reminds me of soviet propaganda posters.

dearieme -- Yes, it does, in a way. Earlier, similar paintings are by Claude Monet and John Singer Sargent, so I suppose we're dealing with an artistic cliché.