Frédéric Bazille (1841-1870) was associated with the French Impressionists during the early stages of the movement. He did not participate in the many later Impressionist showings and activities. That was because he died in battle. Some biographical information about Bazille is here.

His fatal battle was that of Beaune-la-Rolande, fought 28 November 1870. Its site is roughly between Orléans and Montargis, about 50 miles (80 km) to the south of Paris. The French were attempting to relieve the siege of Paris during the late stages of the Franco-Prussian War. Their attack on a much-smaller, but better-trained, Prussian force was a failure. Bazille died while leading a small-unit assault.

His paintings are something of a mixed bag, in my judgment. Much of that has to do with the fact that he didn't begin painting full-time until 1864, though he was taking classes before that, according to the link above. Still, dying at age 28, Bazille was at the point where most artists are still sorting out their craft. There is no way of telling for sure how he would have matured as an artist.

Here is a sampling of his work. 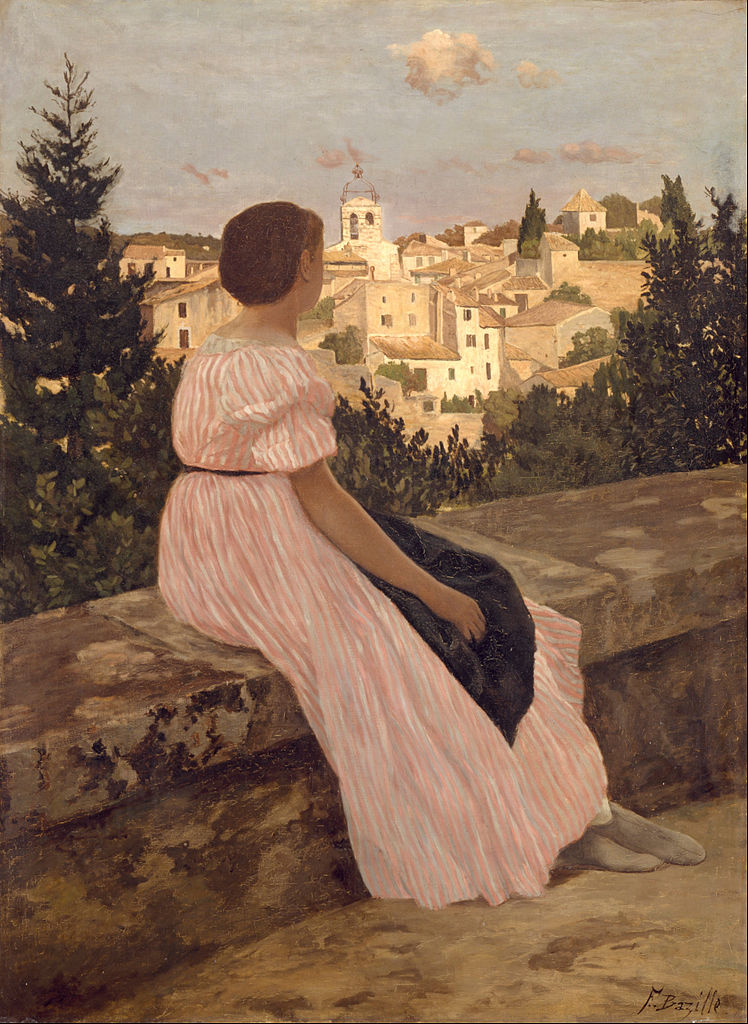 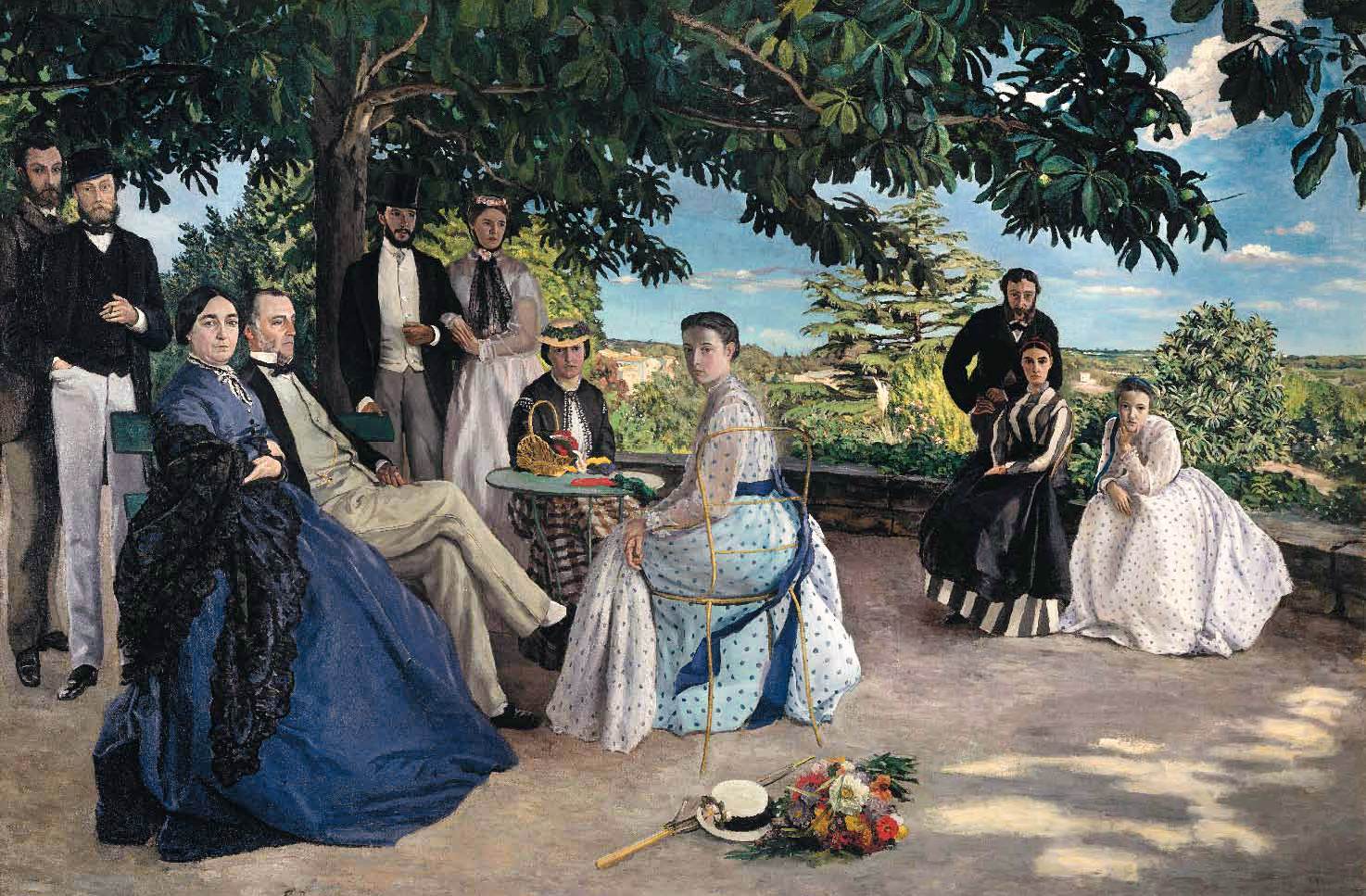 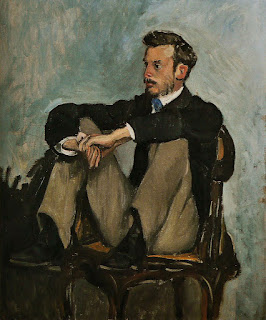 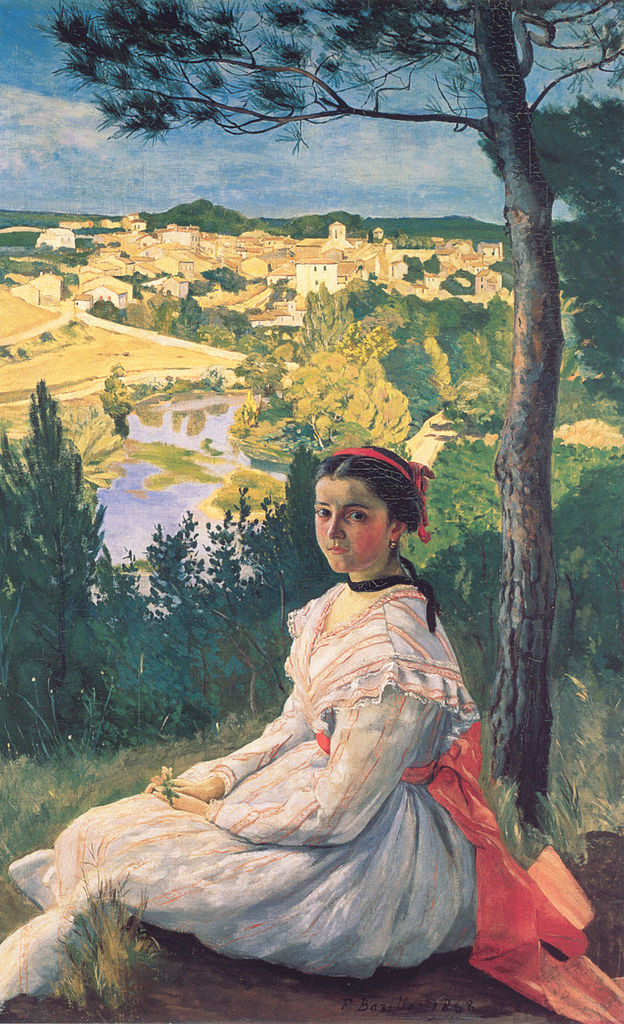 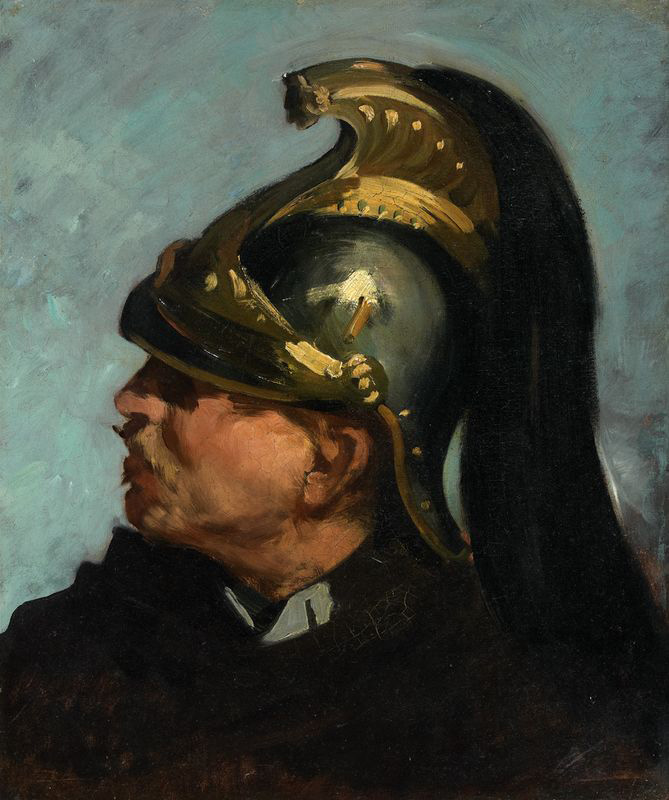 portrait d'un dragon - 1869
This dragoon portrait is more "painterly" than many other Bazille paintings. Might he have pursued this had he lived? 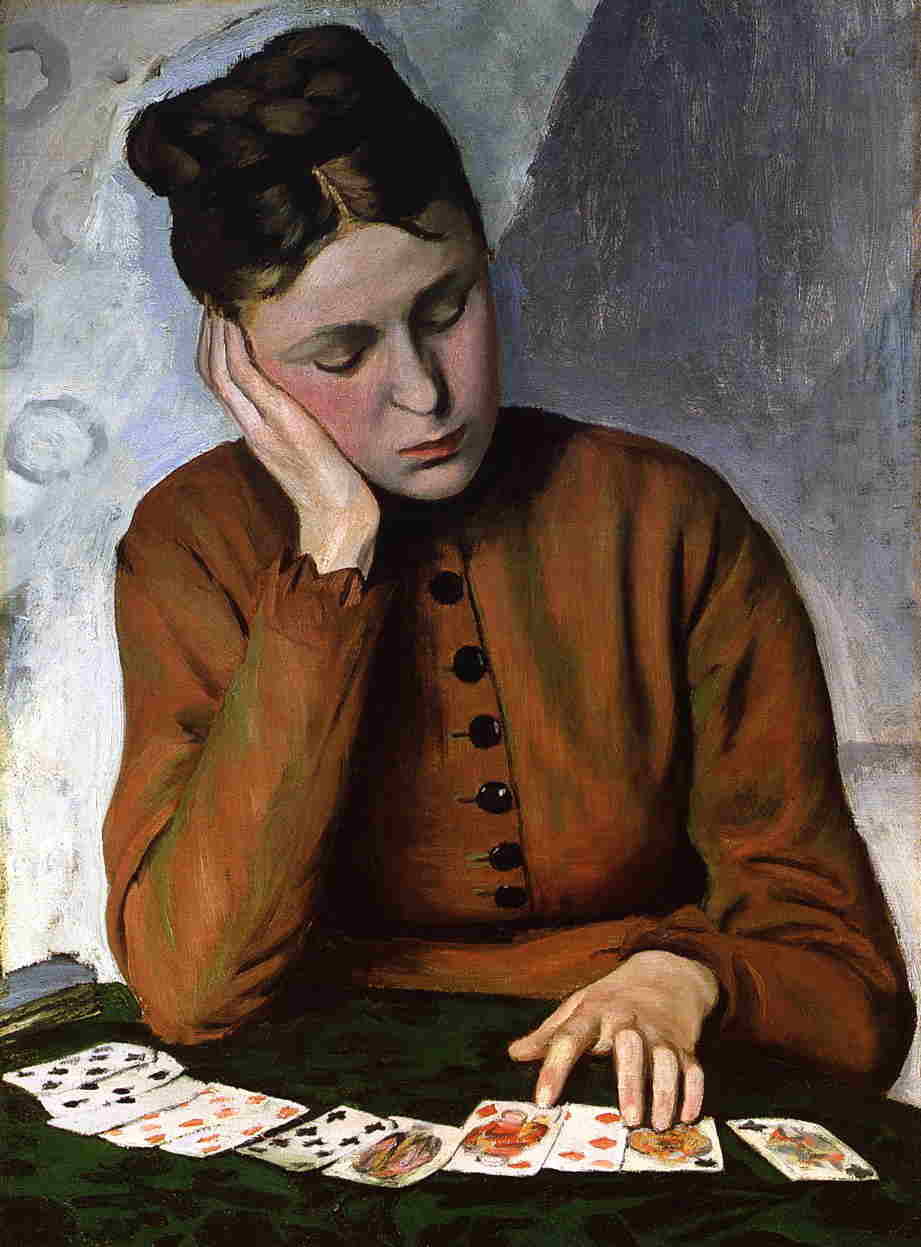 The Fortune Teller - 1869
Here we find simplification and smoother painting: another trial run? 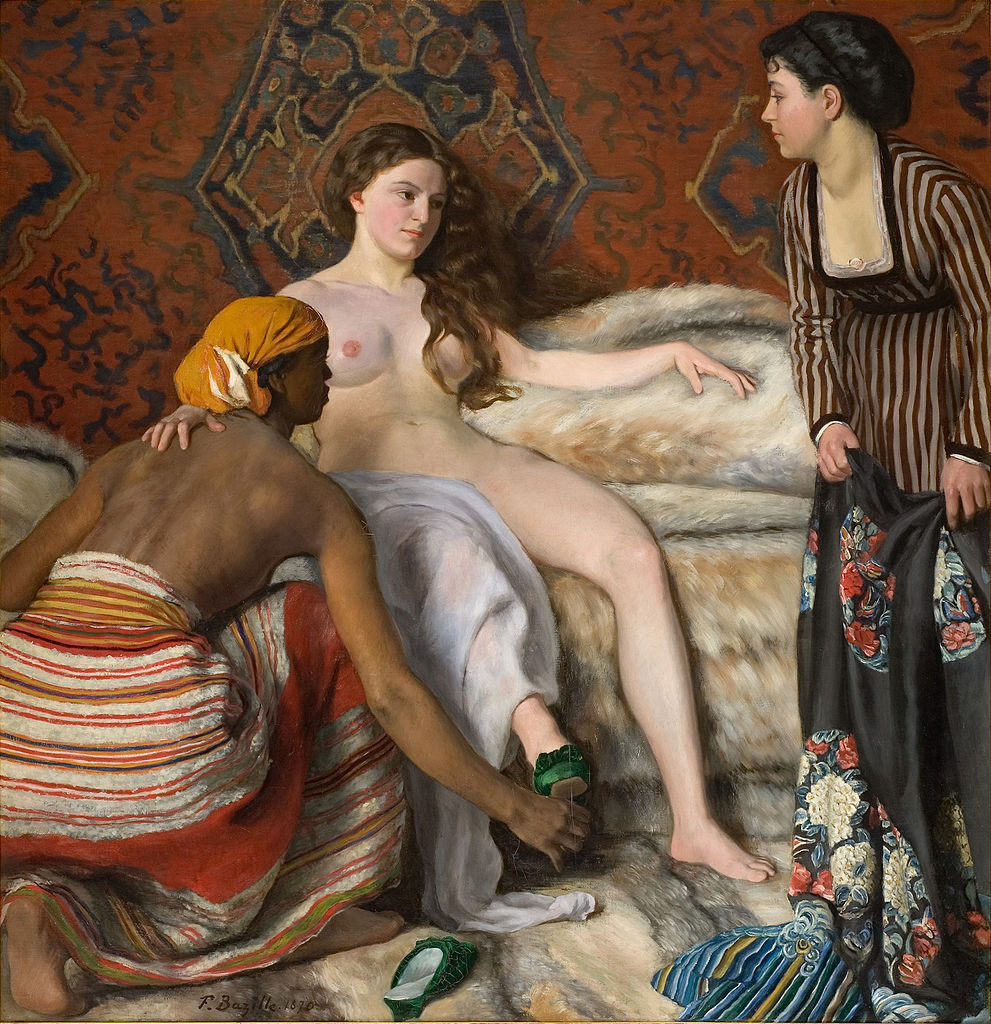 La toilette - 1869-70
Apparently this finished work was an attempt to be accepted in the salon. 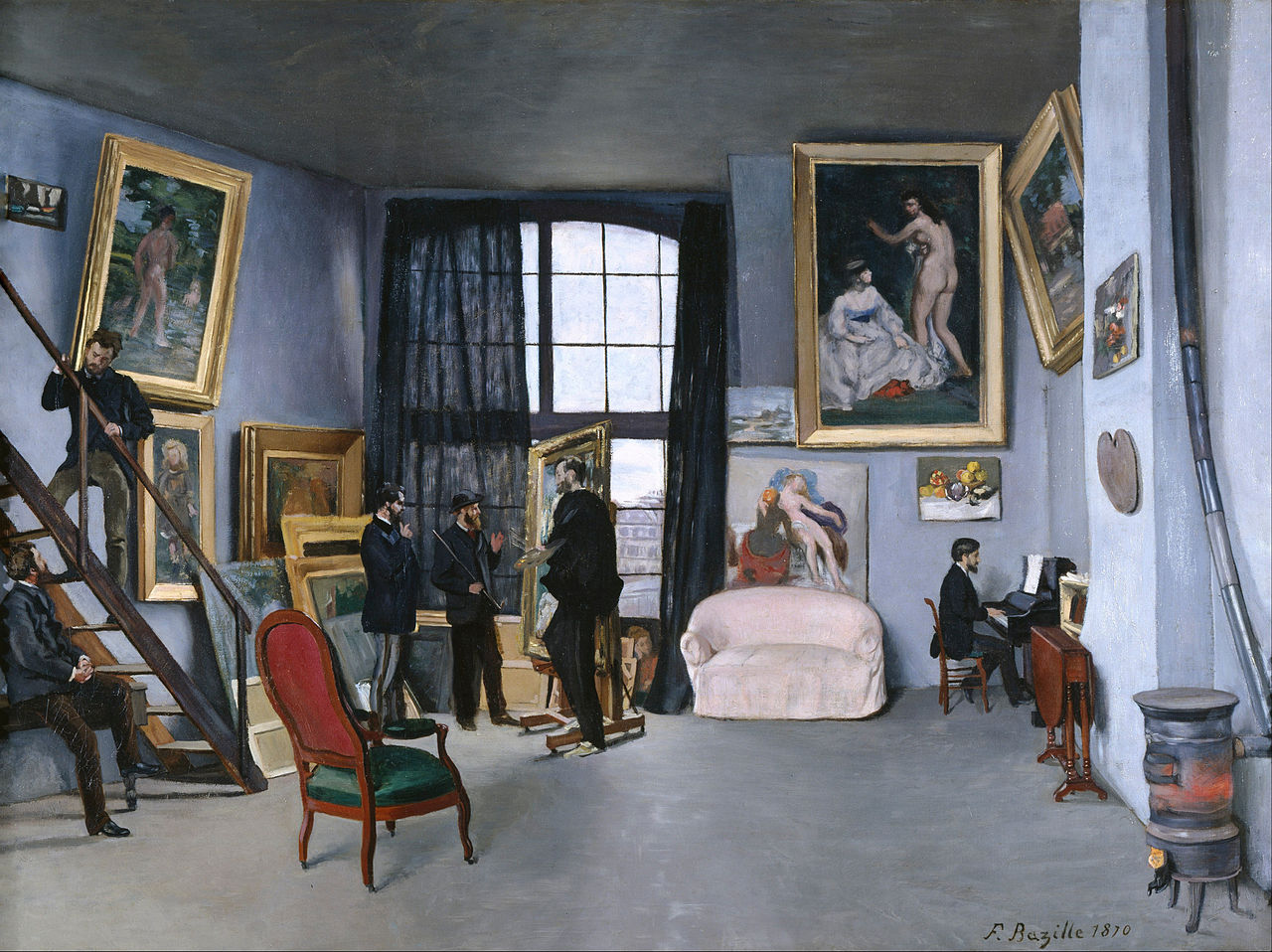 Bazille's Studio, 9 rue de la Condamine - 1870
Another well-known work. Scattered composition, distorted perspective -- compare the sizes of the various artists depicted here. Such details might have been considered legitimate in 1350 or 1905, but not when this was painted. A curious effort.

Whether we greatly value his work or not now, his studio space and financial backing were critical to the struggling young Impressionists. Especially, I am guessing, to Monet and Renoir.