Richard Edward Miller (1875-1943) painted many pictures of pretty young women in casual settings, often in the American Impressionist style. He often reused the same dresses and other costumes for several paintings over several years, as I posted here. Biographical information on Miller is here.

The present post presents a wider variety of his works made from about 1905 to the early 1940s. Not included are some sketches from around 1900 and a few late Moderne style works (that I'm not yet certain are by him). 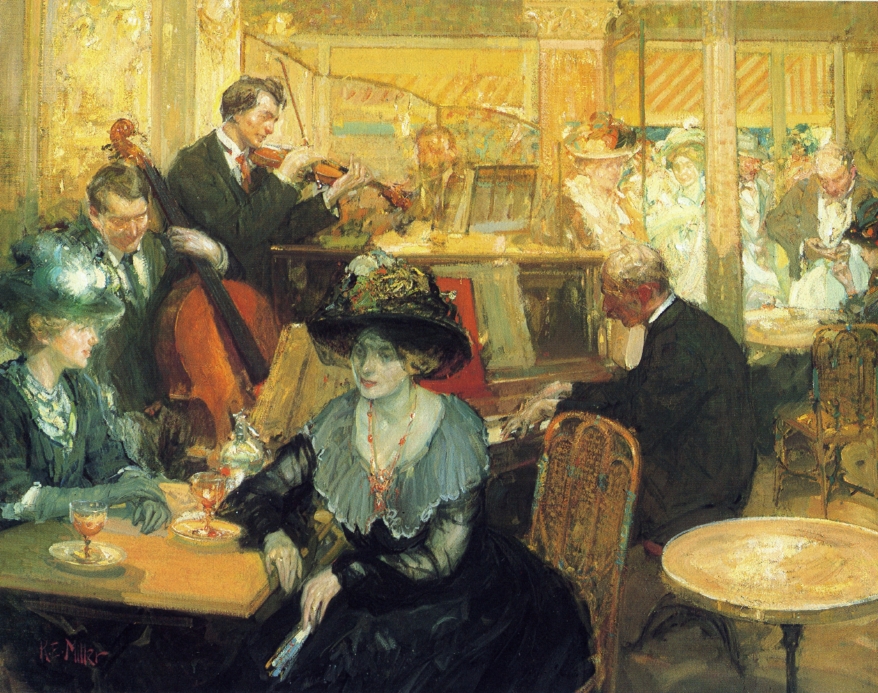 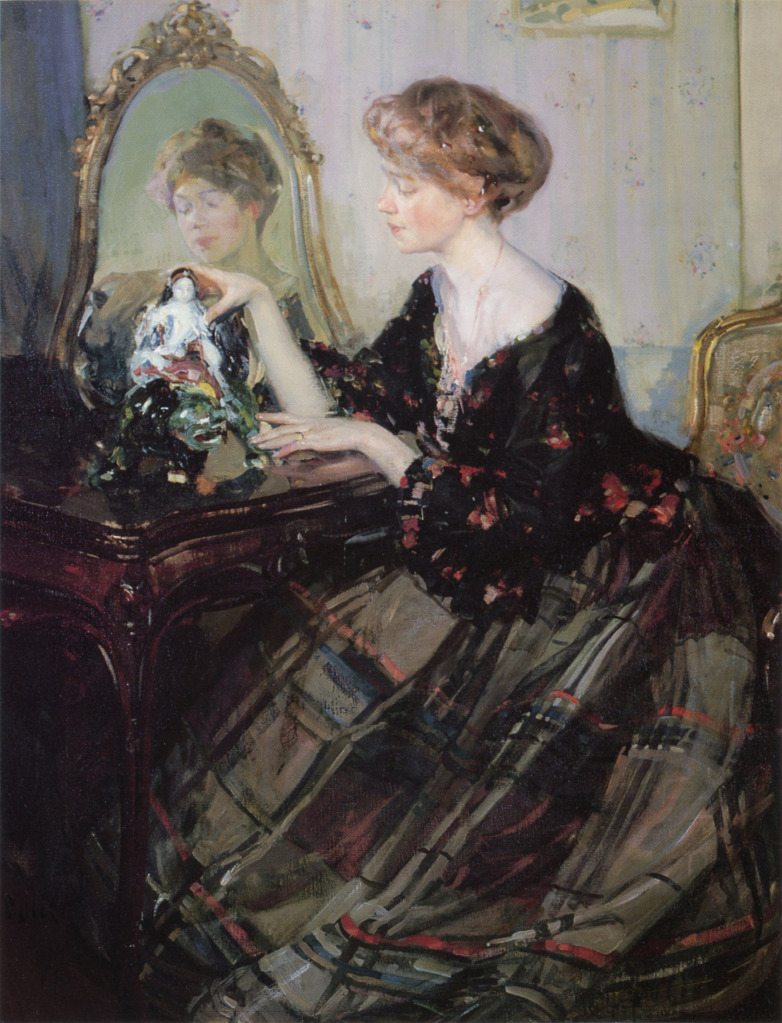 The Chinese Statuette - 1910
More plaid dresses can be found below. 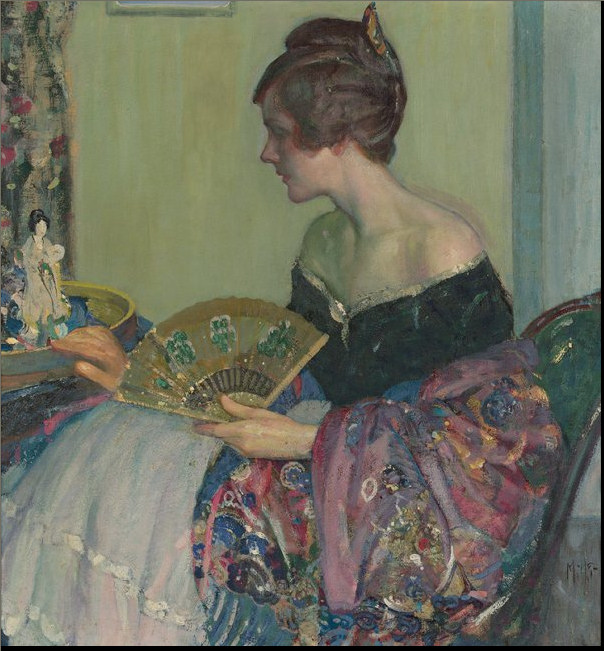 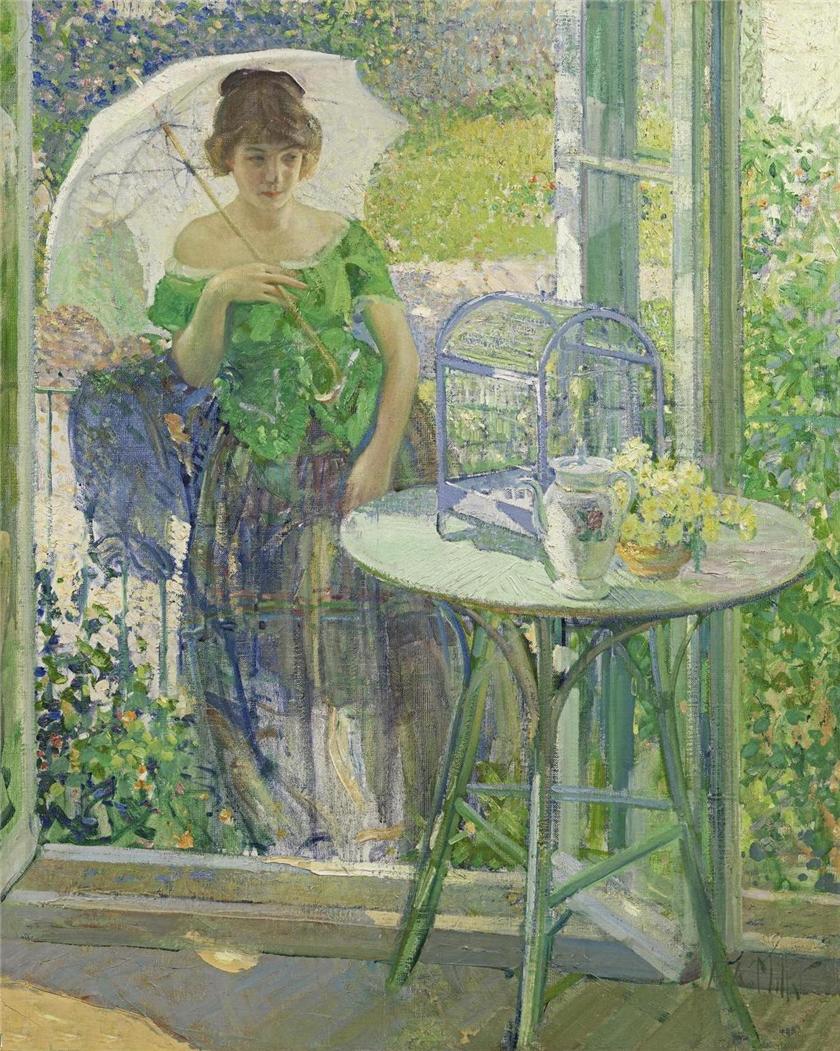 Mimi
From his days in Giverny, Claude Monet's haunts. 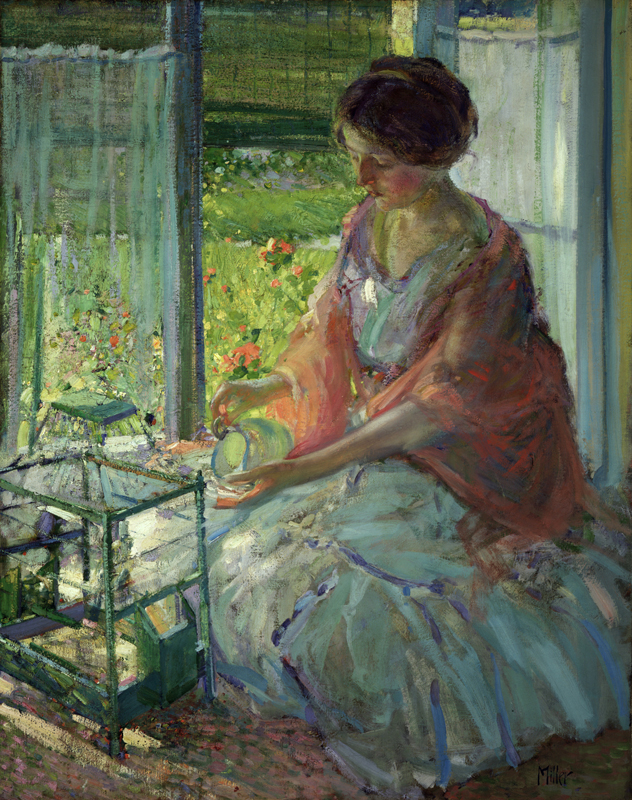 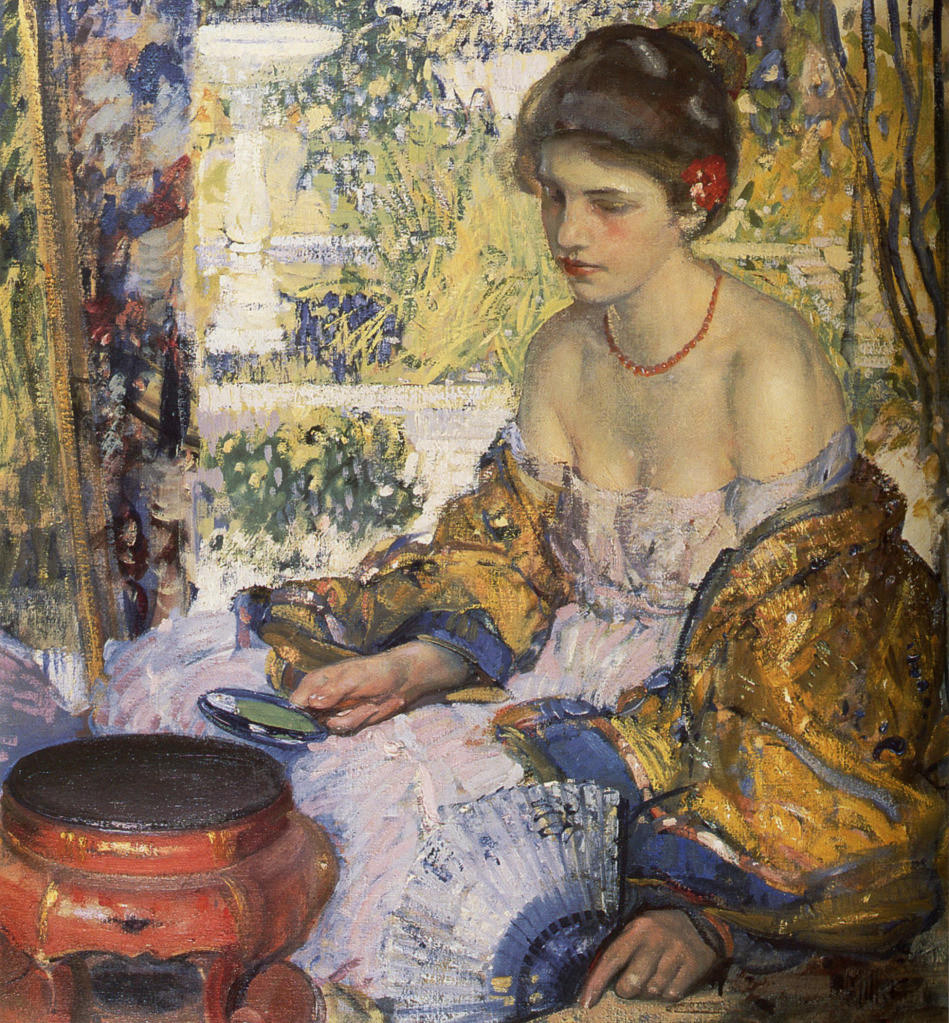 Princess in the Land of Sunshine
This might have been done while he was in Pasadena, California. 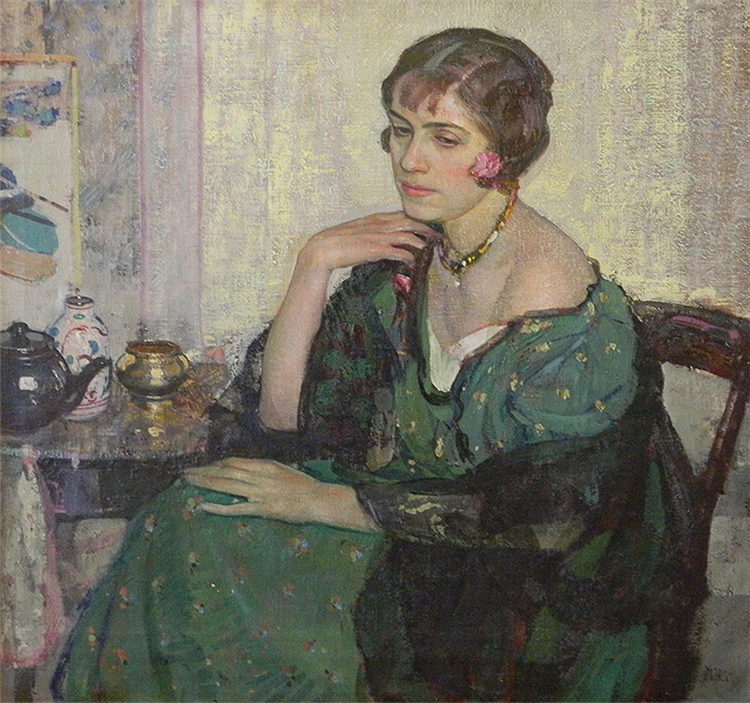 Afternoon Thoughts
Her costume can be seen on other paintings. 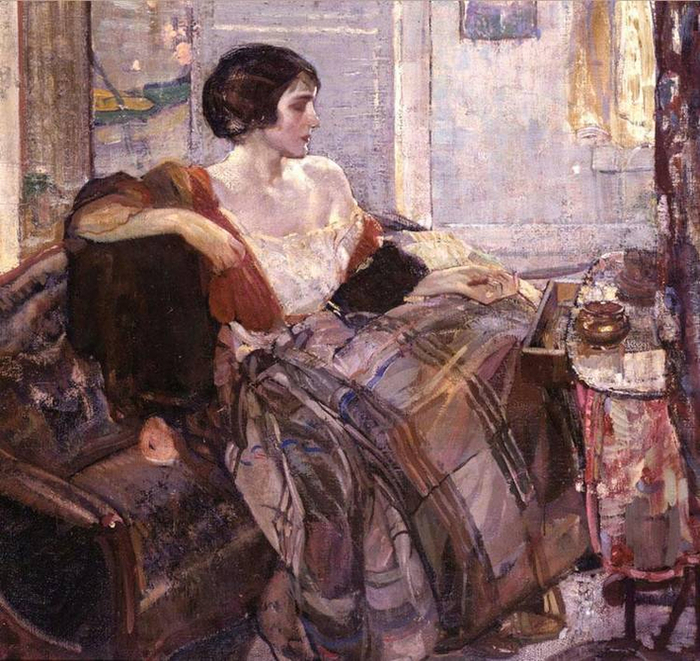 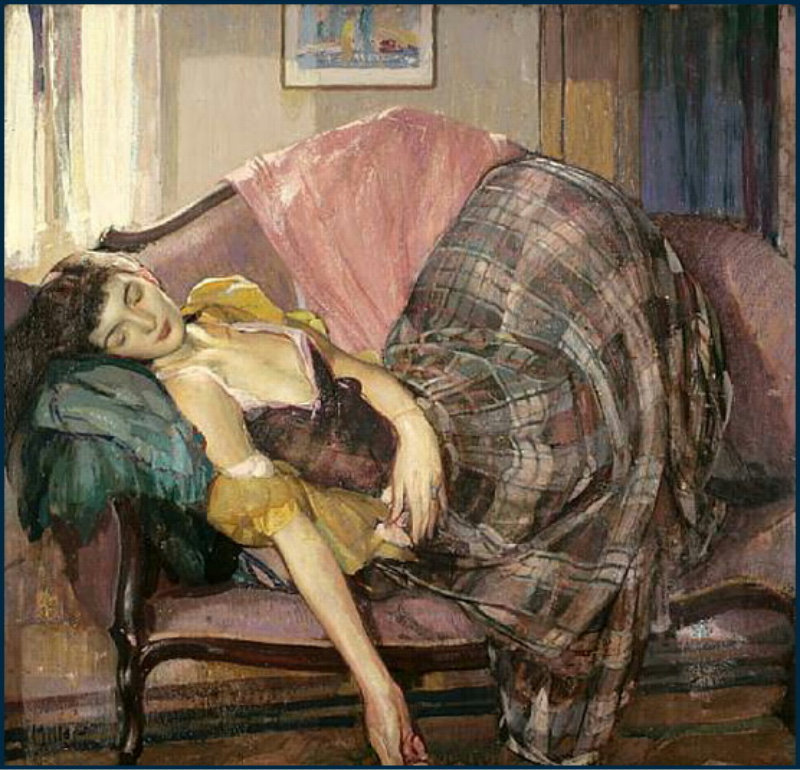 Girl sleeping (The Plaid Skirt)
No date for this that I've been able to find, but I think it's a late work due its style. 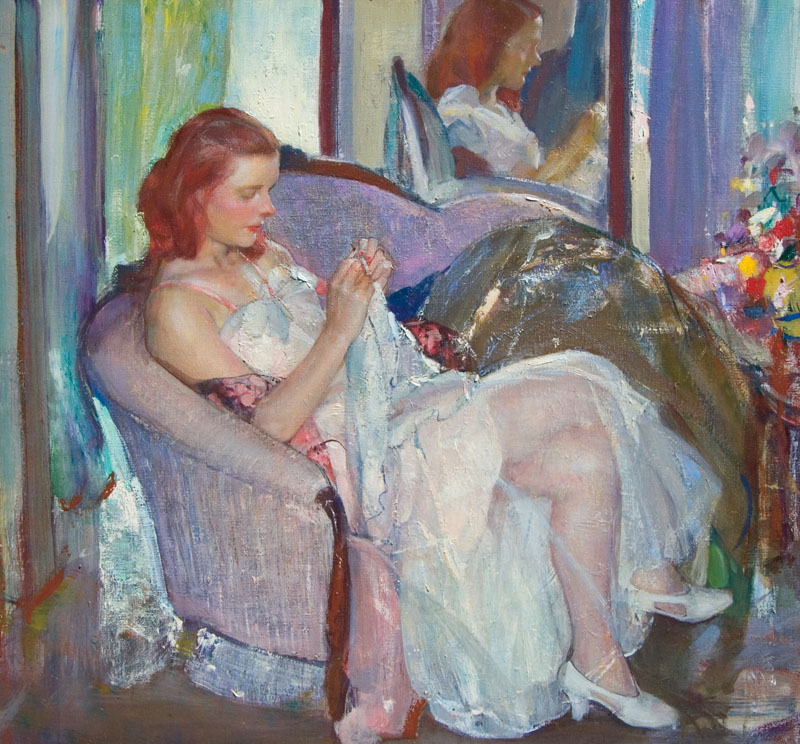 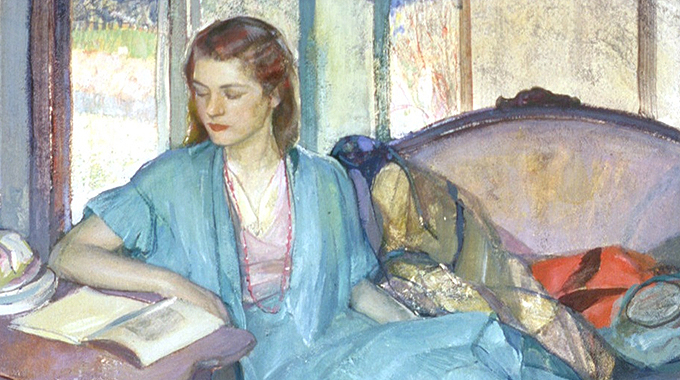 Young Lady Reading
From around the same time as the previous painting.
Posted by Donald Pittenger at 1:00 AM

Thanks for the intro to Miller's work!