Jacques de Lalaing (1858-1917), son of Belgian diplomat Count Maximilien de Lalaing and Bengal-born aristocrat Julie Ann Vibert, was born in London. He moved to Belgium in 1875 to pursue training and a career as a painter and sculptor. Being a sculptor, he probably had a better feel for anatomy than many painters. I deal with his paintings in this post.

However, the best source of information on him is this fine web site containing biographical information and many examples of his work. 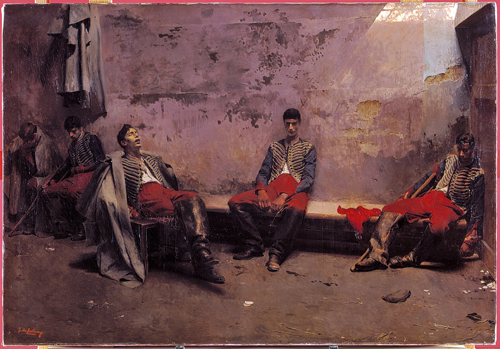 Les prisonniers de guerre - 1883
Painted when Lalaing was about age 25. I don't find it very impressive. 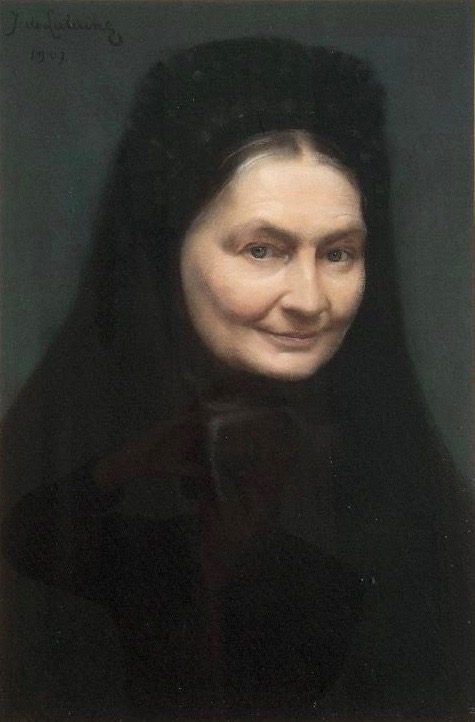 Justine de Monie - 1903 (pastel)
Lalaing made a number of highly detailed pastel portraits that, viewed digitally, are hard to distinguish from oil paintings. This was made the same year as the oil painting below, so it's possible that it is a study. On the other hand, the third link above has an example of a pastel that looks like the study of a head in an oil painting, but is dated a year later than the painting (the subject is Ghislaine de Caraman). 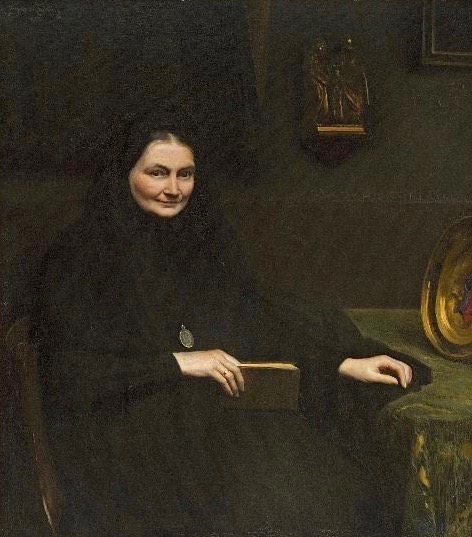 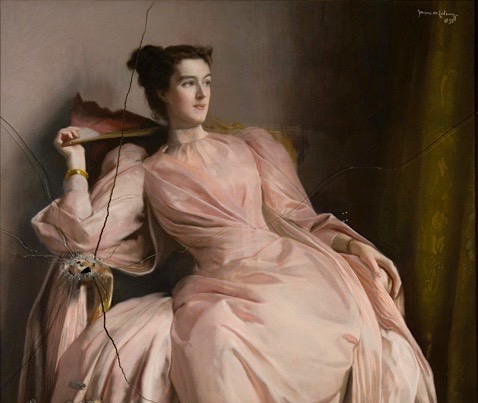 Christine du Tour van Bellinchave - c.1893 (pastel)
Sister-in-law of the artist. It seems that this was damaged by a German shell (obus, in the web page text). More likely it was done by a shell fragment, probably in 1914 when the German army overran most of Belgium. 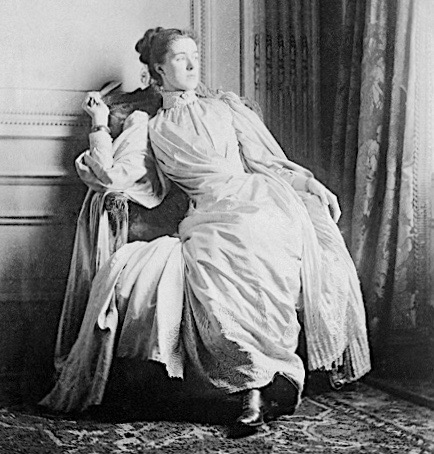 Christine du Tour van Bellinchave
This photo was probably used by Lalaing as reference for the clothing and the pose. Christine's face differs in liveliness and attractiveness -- photographic portraits were often stiff affairs in the 19th century. 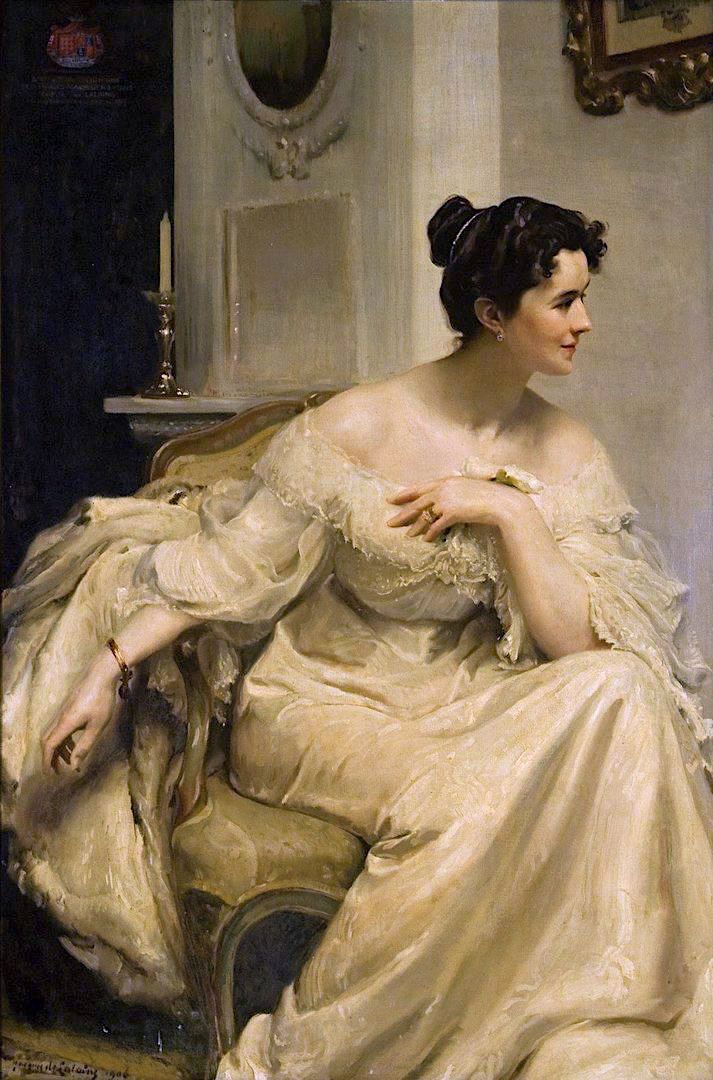 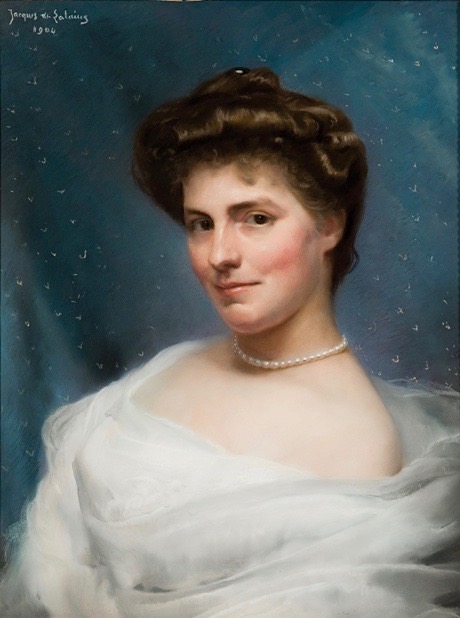 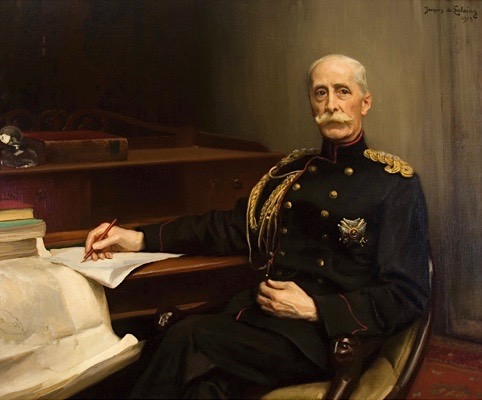 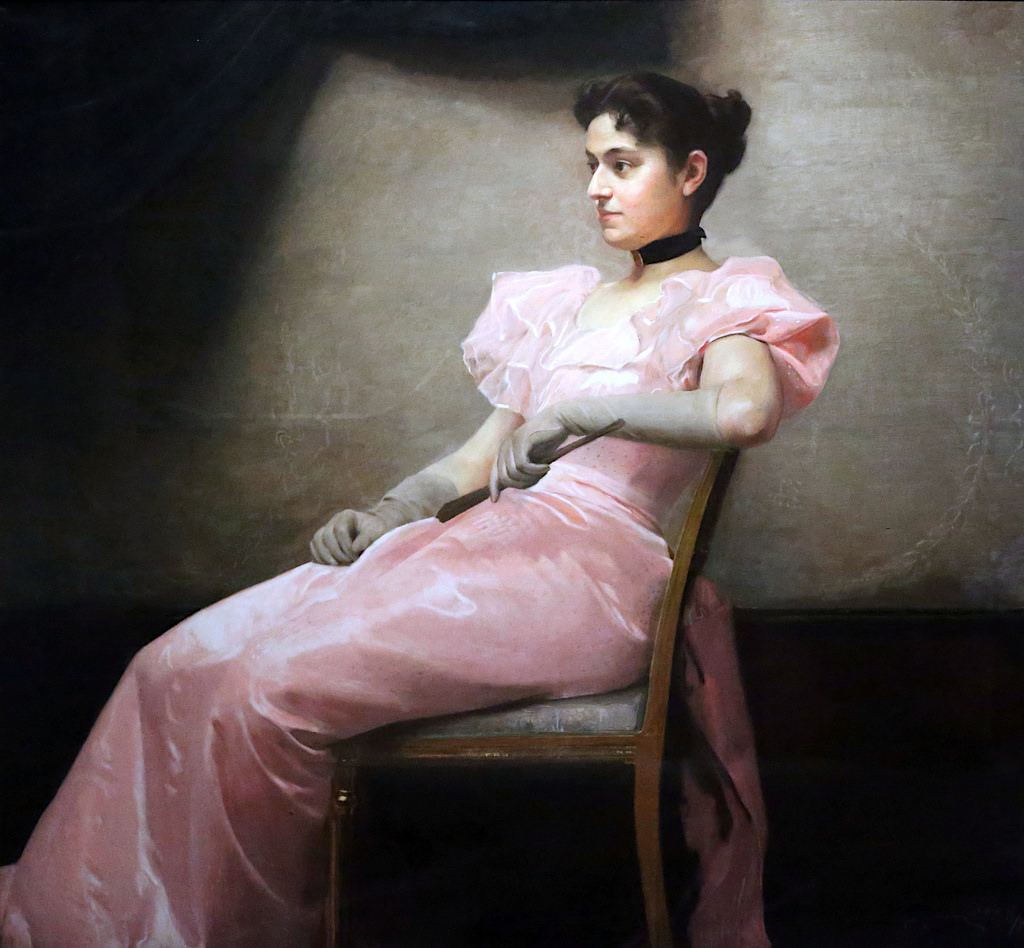 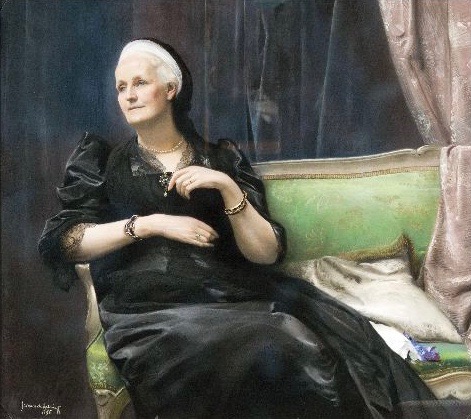 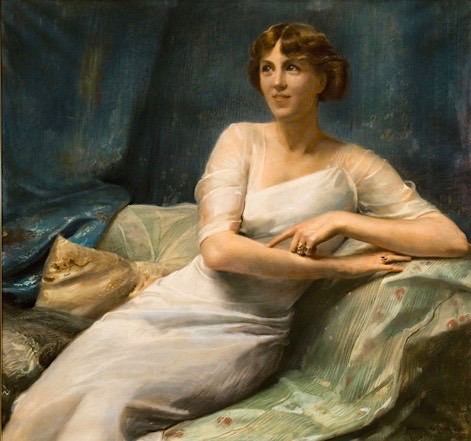