A Bouguereau at the Meat Packers 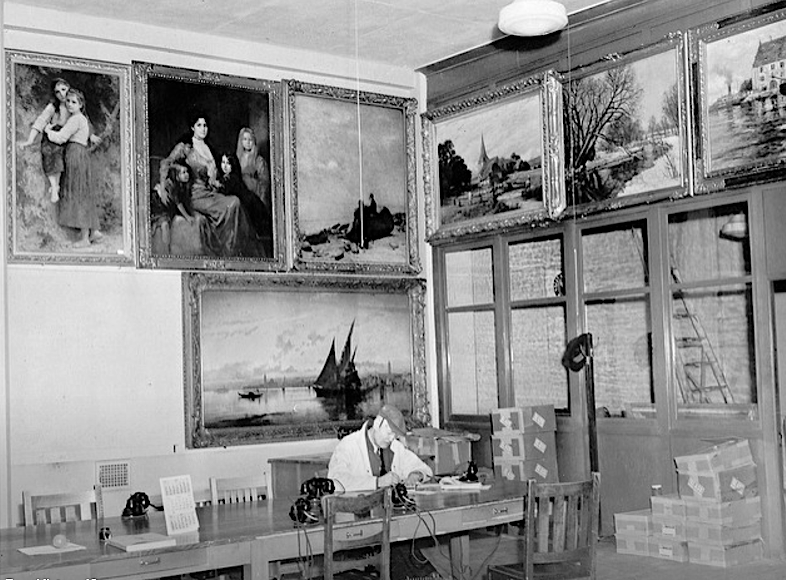 The photo above was taken at the Frye meatpacking facility in Seattle's Georgetown neighborhood perhaps sometime around 1940. The reason why all those paintings are there is because they were overflow from the home of Charles Frye and his late wife Emma who had an extensive collection. The painting at the upper left is Dans le bois (also called "The Sisters") a late (1905) work by William-Adolphe Bouguereau (1825-1905) the prolific French painter whose works were not worth much when the photo was taken, but now can be bought at auction for more than a million dollars.

The packing plant was destroyed in 1943 when one of the three prototype XB-29 bombers experienced an engine fire and crashed into it. The entire crew was killed, including famed test pilot Eddie Allen, and more were killed in the plant. The Bouguereau was not destroyed, and perhaps there were no paintings there at the time. What was lost was documentation for the Frye collection. More about the crash and the Frye collection is here and here. Some background on the Frye Museum, where the collection now resides, is here. 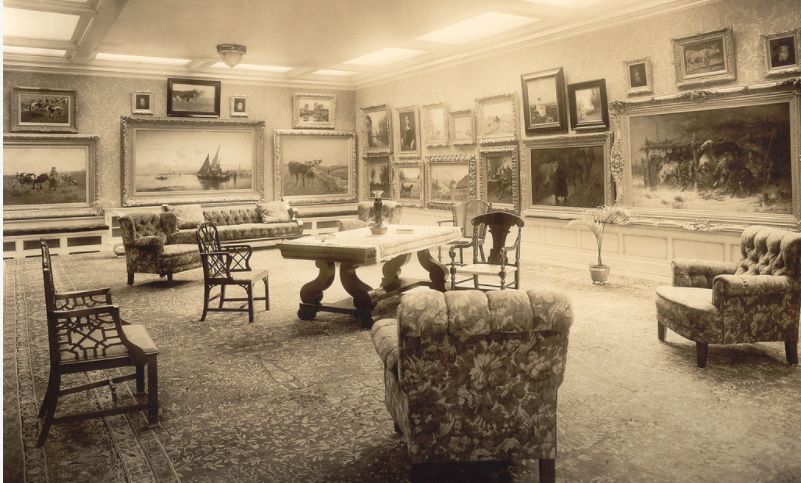 The two photos above and the one following are excerpts from the Fry Museum web site. This photo shows part of the collection when it was housed in the Frye residence. 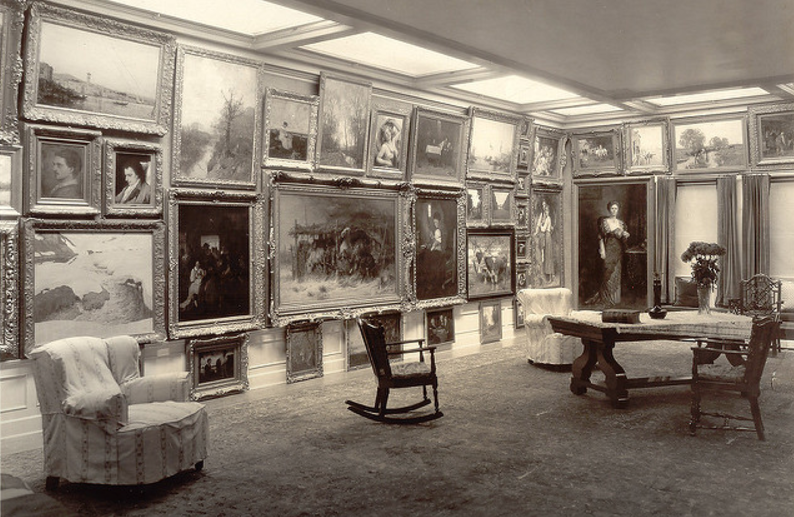 Another Frye residence photo. Here the Bouguereau can be seen in the corner next to a portrait of Mrs. Frye. 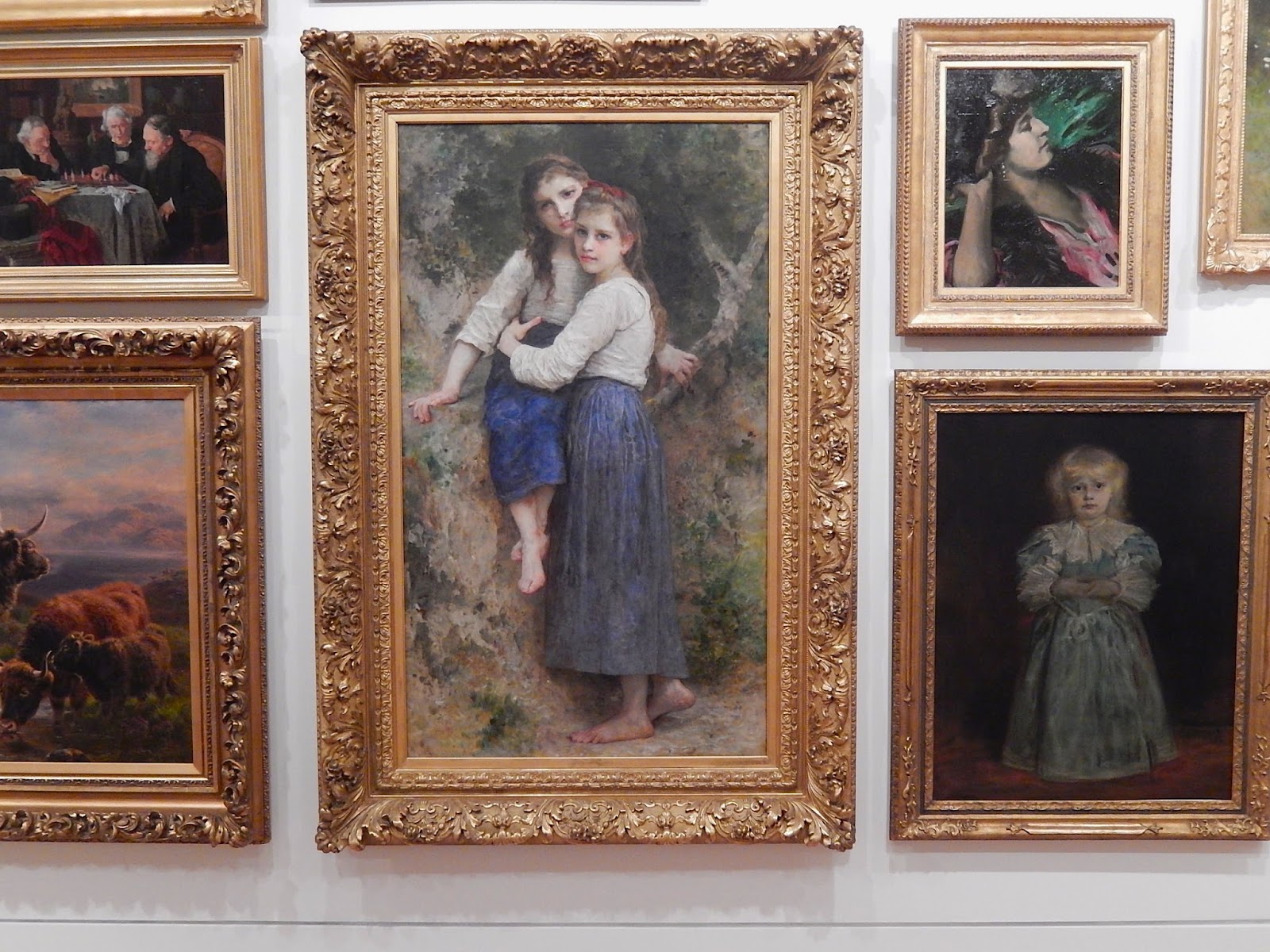 And here is that Bouguereau as captured by my camera June 11th of this year.