Sir Lawrence Alma-Tadema (1836-1912) was both popular and financially successful in his day. Then Victorian-era art went seriously out of fashion after his death. Times change, pendulums swing, and if your grandparents had sprung for one of his paintings in 1945 and willed it to you, it might be worth several -- perhaps even tens of -- millions today. More about him here.

About six years ago I wrote about Alma-Tadema and his 1894 painting "Spring" that is a public favorite at the Getty in Los Angeles. I visited the Getty again in April and took more photos of it and its details.

When seen in art books, his paintings tend to give the impression of being large. Some are, but many are surprisingly small. And some of his larger paintings contain many small elements. Such is the case with Spring. Below are a few detail photos I took. Click on them to enlarge.

This is an image of Spring found on the internet for general reference. 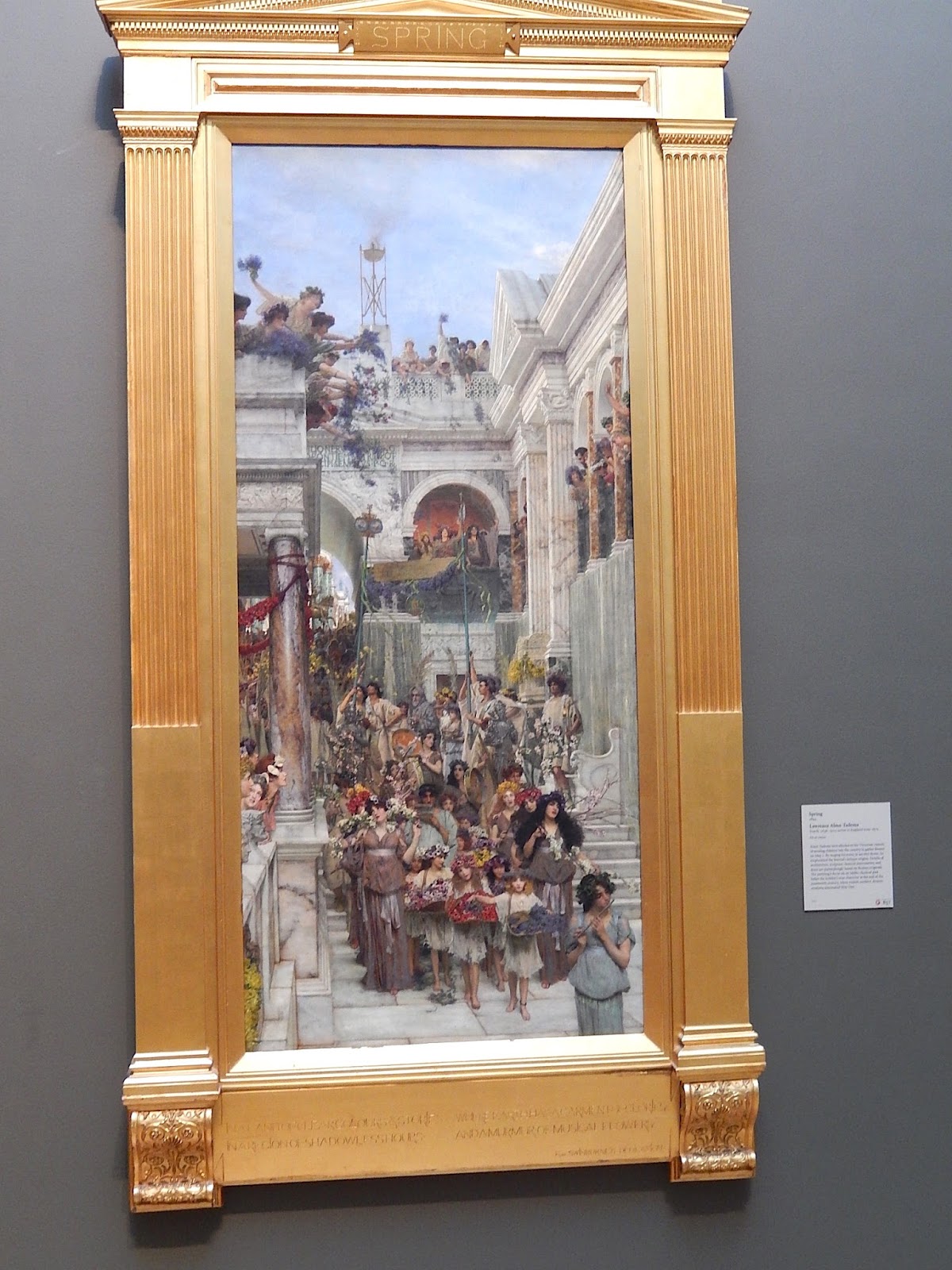 Here is my establishment photo. Spring is by no means Alma-Tadema's largest painting, but it isn't small. You can get a sense of its size by comparing it to the information plaque at the right. What is small are most of the people and related details pictured in the painting. 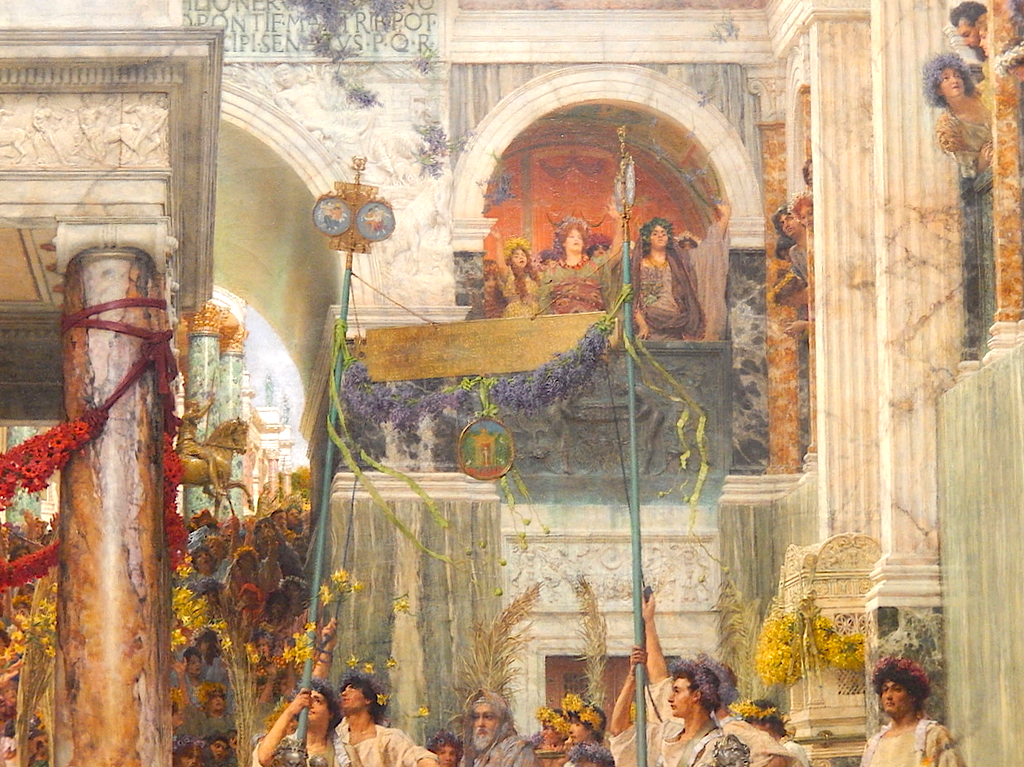 This segment is near the painting's center. It shows people in the background of the scene.  Many of the heads are about one centimeter high, some even smaller. 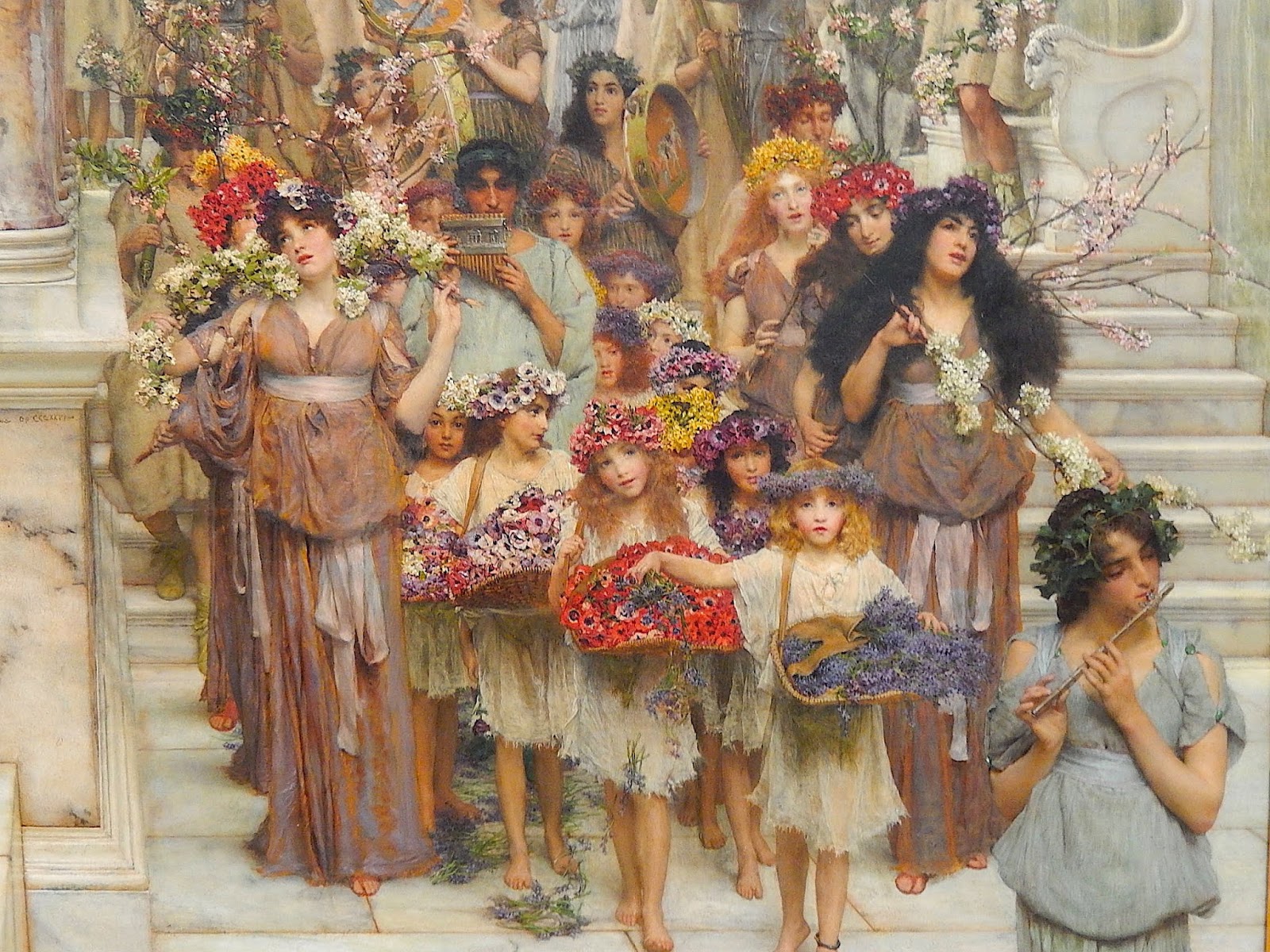 The lower part of the painting, edges slightly cropped. Those flowers are a little larger than the letters in the plaque's caption text. 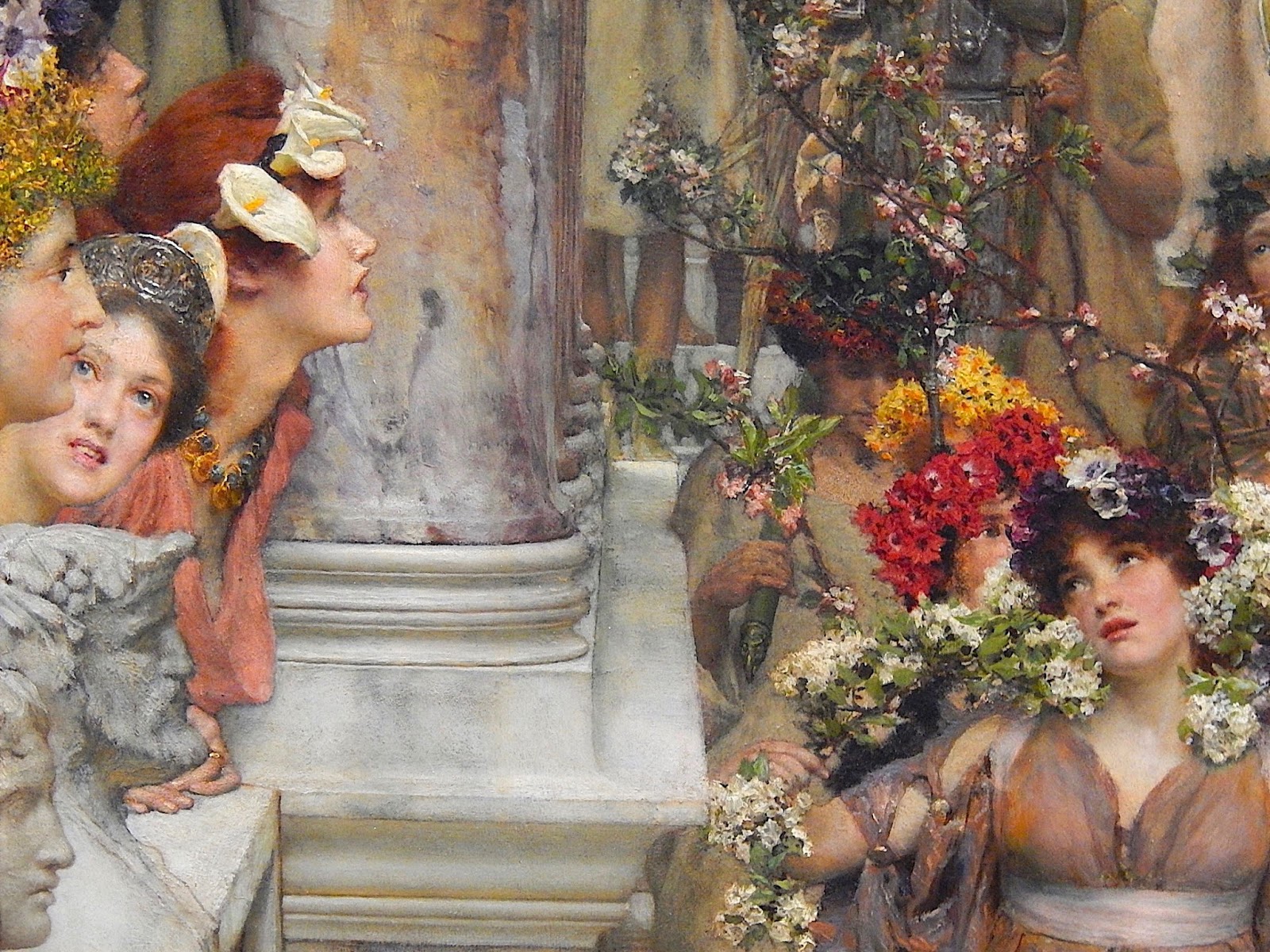 Closer, and slightly to the left of the previous image. On my desktop iMac, what's shown here appears about the same size as in Tadema's painting.

..wow! really that small. The man sure had some patience.