William James Aylward (1875-1956) was an illustrator who specialized in maritime subjects. That didn't mean he couldn't do other things, and he was selected to become one of a small group of war artists send to France to depict activities of the AEF (American Expeditionary Force). I wrote about him here, and a link with biographical information and examples of his work is here.

David Apatoff at his Illustration Art blog has a series of posts dealing with a Smithsonian exhibit of work done by those artists, including Aylward (one of these posts is here).

I hopped over to his link to the exhibit (here), and selected some examples of Aylward's 1918 work to show below. Troops Waiting to Advance at Hattonchâtel - St. Mihiel Drive - 1918
The St. Mihiel Salient was a longstanding German bulge on the Western Front.  Its eradication was one of the more important tasks assigned to the AEF in September, 1918. 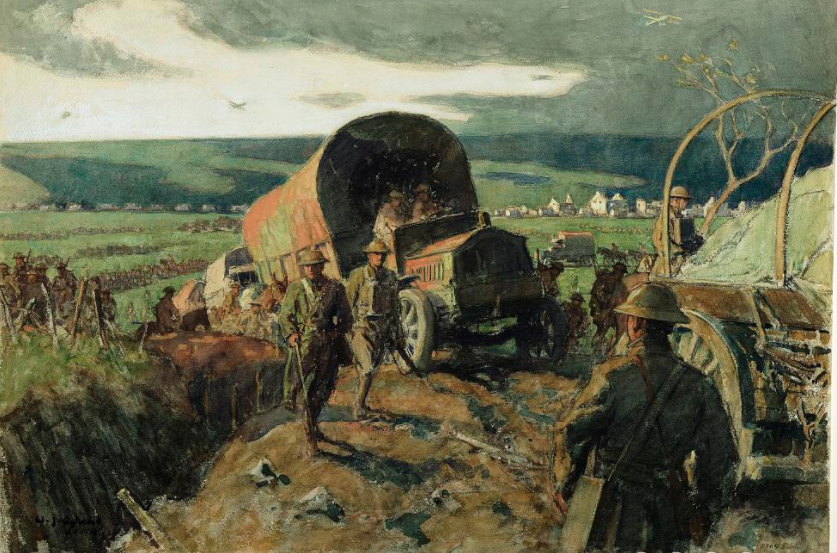 On the Trail of the Hun - St. Mihiel Drive - 1918
Note the peaceful French countryside in the background.  It's not clear if this was land behind AEF lines before the attack or some distance north or northeast following the collapse of the salient. 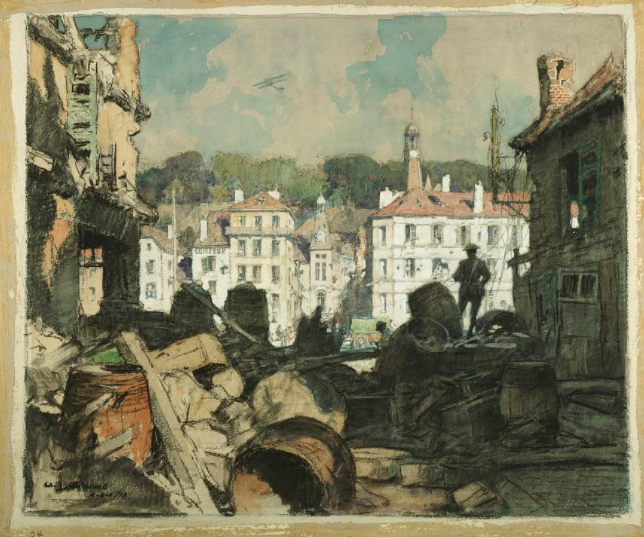 Street Barricade at Château-Thierry - 1918
One of Erich Ludendorff's 1918 offensives thrust the German army across the Marne River at Château-Thierry, a city where a battle was fought. Aylward's illustration was probably made after the Germans were pushed back. 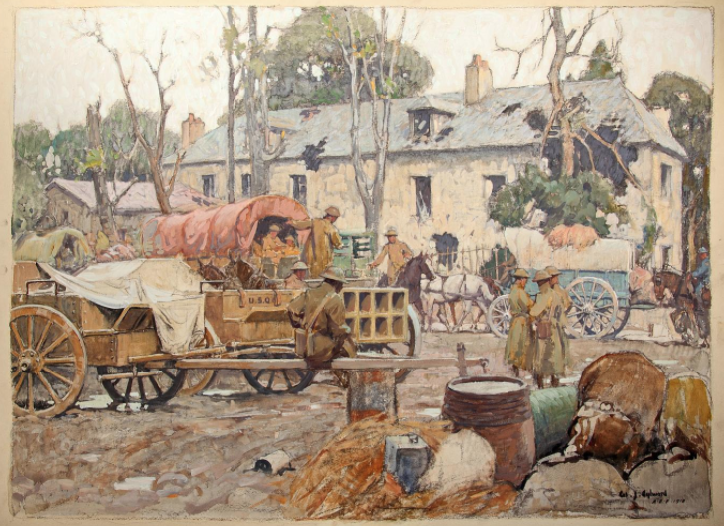 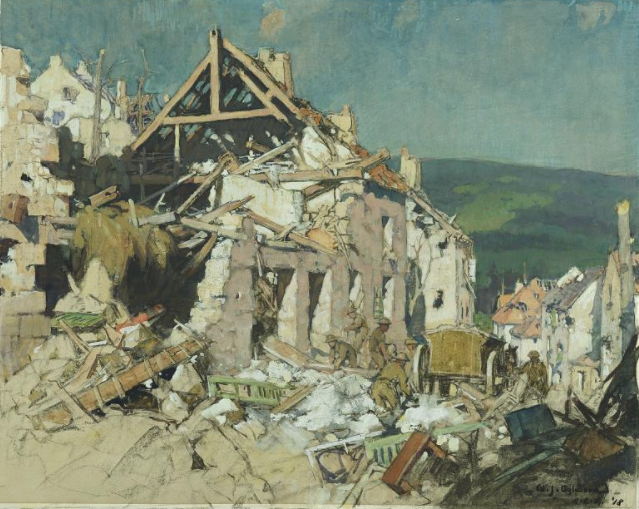 Clearing Out the Road through Mont St. Père - 1918
Mont Saint Père is about four miles up the Marne from Château-Thierry, so again this was made after the failure of Ludendorff's offensive. I think it is a very nice work.